From Israel: “The Days of Awe”

On Monday and Tuesday of this week, we ushered in the Jewish New Year, 5779, with prayer, meditation and the sounding of the shofar.

It is a serious time, the beginning of the ten Days of Awe that culminate with Yom Kippur.

But it is also a joyous time.  We sit with family and friends at meals that are filled with symbolic foods, and with sweetness – traditionally honey – for a good new year. 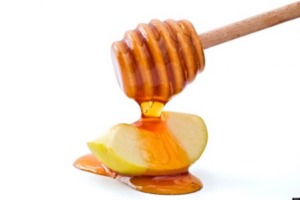 It is joyous because it is a new beginning, a time of hope and promise and renewal.

Playing on this theme, I thought I would focus in this posting on some of the good things that are happening (interspersed, of necessity, with some not-so-good news).
~~~~~~~~~~
We start with the fact that President Trump has decided to close the PLO office in Washington DC.
The mission staff has been given a month to pack up and leave. 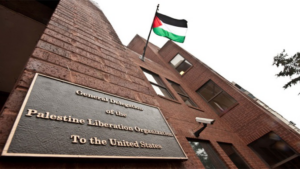 This move was celebrated in several quarters in the US. Senator Ted Cruz (R-TX) said it was “long overdue.”  Shoshana Bryen of the Jewish Policy Center wrote: “For too long it had operated as an embassy and…in violation of the rules of its establishment.”

The fact that this mission office functioned as a de-facto embassy is quite relevant: it was established in 1994, tied to peace negotiations at the time of the Oslo Accords.
~~~~~~~~~~
Here in Israel, Prime Minister Netanyahu called it the “right move.” Public Security Minister Gilad Erdan (Likud) enthused that: “My happiness over Trump’s move is very understandable. Finally there is a leader of the world’s greatest superpower who is demolishing the Palestinian lie.”

And I rather like the comment of Intelligence Minister Yisrael Katz (Likud), who said: Trump is peeling the Palestinian lie like an onion – layer by layer.”

http://www.israelnationalnews.com/News/News.aspx/251866
~~~~~~~~~~
US National Security Advisor John Bolton gave a statement on the primary reasons for the closure: failure of the PLO to cooperate in advancing negotiations, and appeals against Israel in the International Criminal Court in The Hague by the PLO. 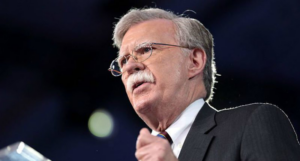 Bolton spoke about “congressional concern with Palestinian attempts to prompt an ICC investigation of Israel.”  This is of more significance than many people realize:

A PLO Accountability Act was introduced in the House by Congresswoman Ilana Ross-Lehtinen (R-FL) and subsequently into the Senate by Senator Ted Cruz (R-TX).  It passed in 2017; its intention was to levy certain prohibitions against the PLO.

According to this “Sense of Congress” Act (emphasis added):

“1) the Palestine Liberation Organization (PLO) has failed to live up to its commitment to a bilateral peace process with Israel, renounce violence, accept Israel’s right to exist, honor previous diplomatic agreements made by the Palestinians…continues to circumvent a negotiated settlement with Israel…and continues to endorse terror;

“(2) Mahmoud Abbas has purposefully blurred the lines between the PLO and the Palestinian Authority in order to avoid responsibility for violating previous agreements with Israel while continuing to receive United States aid;

“(4) only a solution negotiated directly between the Israelis and Palestinians can result in a lasting peace, and the Palestinians should not turn to outside parties, including international organizations, to impose or otherwise influence a solution between the parties;

“(5) if the Palestinian Authority or any representation thereof initiates or supports an investigation at the International Criminal Court, the Secretary of State should close the Palestine Liberation Organization Mission office in the United States; and

“(6) it is in the national security interests of the United States to remove the PLO office from Washington, DC.”

https://www.congress.gov/bill/114th-congress/house-bill/4522/text?format=txt
~~~~~~~~~~
There is a commonly held notion that President Trump is simply “punishing” the PLO for not cooperating with the “peace process” – that he is vindictive. But here we see that he is being attentive to the sense of Congress, as stipulated in this Act.  For too long the PLO was a sacred cow, permitted to proceed as it wished.  It’s refreshing to see that under Trump this will no longer be the case.
~~~~~~~~~~
Bolton declared that, “The United States will always stand with our friend and ally Israel.”

Last week, after a prolonged legal battle, the Israeli Supreme Court gave permission for the evacuation of the illegal Bedouin village of Khan al-Ahmar – which is itself good news!

The PA then promptly filed a “war crimes suit” (war crimes??) against Israel with the ICC.

It is enormously heartening that we do not need to take on the ICC on our own: that the US has our back.

Bolton has serious issues regarding the ICC and the US, as well.
~~~~~~~~~~
I will comment here that while I thoroughly support Trump’s decision on closing the PLO mission office, I do not believe it is realistic to imagine that this new tougher position will push Abbas toward negotiations.

According to a public poll released on Wednesday, 62% of Palestinian Arabs are opposed to renewed dialogue between the PA and the US.

Abbas, for his part, is talking about cutting all remaining ties with the US, including security cooperation with the CIA. This last is very unlikely.

Part of the reality to be faced here by those still hoping for “peace negotiations” involves the fact that had Trump not taken a strong stand against the PLO, there would not have been fruitful negotiations between Israel and the PLO anyway.  That is, Trump’s strong stand “ruined” nothing, although this has been Abbas’s refrain.
~~~~~~~~~~
This leads us then to the whole question of the projected US “peace plan” – the purported Deal of the Century. We hear about it in general terms, and the rumors continue to fly.  Envoy Jason Greenblatt gives interviews from time to time, declining to offer details but “elaborating” in a general way (if that makes sense). 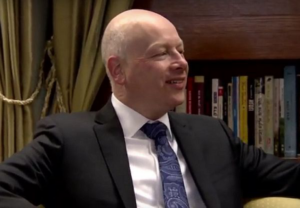 Just days ago, he said:

The plan “begins with reality.” Instead of “tired notions of what it should be”…it “focuses on what it could be.” It “explains how we think the conflict can be resolved. It lays out each issue and proposed solutions very clearly…It’s the result of extensive consultation with Israelis, Palestinians from before the Jerusalem announcement…extensive conversation with regional leaders…” and other stakeholders.”

The plan, maintains Greenblatt is “a deal which we think is realistic, fair, and equally important, implementable.”

Well, just call me exceedingly dubious.  I do not expect the team to meet with success.  My only question at this point is whether and when they will unveil their plan.
~~~~~~~~~~
All of this is especially relevant now, for today marks 25 years, to the day, since the first Oslo Accord – an unmitigated disaster – was signed on the White House lawn. 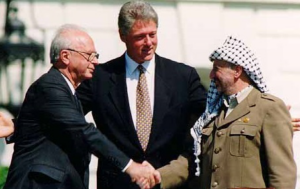 Left wing Israelis, then Foreign Minister Shimon Peres and his deputy Yossi Beilin, Yair Herschfeld, and Ron Pundack, after arranging secret meetings with the PLO in Oslo, Norway, convinced then Prime Minister Yitzhak Rabin and ultimately a good part of the Knesset, that peace was attainable if leaders of the PLO, Yasser Arafat and his cronies, were brought in from Tunis to strike a peace deal.

It was thought that only the head of the PLO, widely recognized as “the sole representative of the Palestinian people,” would have the clout to make it happen.  What possessed Israelis to imagine that Arafat, an unrepentant terrorist and perennial liar, could be trusted is beyond me.  A huge price was paid for this error in judgment, as more than 1,500 died in terror attacks in the years following.
~~~~~~~~~~
It is not that the PLO made a genuine effort to achieve peace, and then simply fell short.  There was never an intention by the PLO to make peace, or to sign a final status agreement.  The agreement was never even properly ratified by the PLO.

In 1994, mere days after the signing of Oslo II, Arafat gave a speech in S. Africa in which he compared the signing of the Accords to Muhammad’s peace treaty with the Quraysh tribe, which controlled Mecca. Known as the Hudaybiyya Pact, it promised peace between the parties for 10 years.  But within two years Muhammad had garnered sufficient strength and attacked the Quraysh while their guard was done, decimating them and taking over Mecca.

You can hear a video of his statement here:

We still have a remnant on the left that wears blinders and speaks of the “window of opportunity” to negotiate peace with the PLO.  But most Israelis no longer believe this is possible or desirable.  The majority of those who were hopeful when the Accords were signed have relinquished the notion of “two states for two people.”

As we say, “Baruch Hashem!”  Thank God!
~~~~~~~~~~
Even President Trump and his team, while drafting a “peace plan,” have abandoned old ideas about how to go about it.  Greenblatt speaks about “reality” and the need to reject “tired notions of what should be.”

I have written innumerable times over the years about the need to see a president who holds the feet of PLO leaders to the fire.  This, Trump is doing.
~~~~~~~~~~
In the spirit of the Days of Awe, we must do an accounting of what went wrong, to be certain that we do not make the same mistakes again:

— We must not blithely trust without proper verification.

— We must have the wisdom to understand that different people operate according to different perspectives and codes, and not assume that what we want, and what we would do, necessarily applies to others as well.

— We must remember that when dealing with Arabs/Muslims unilateral concessions are viewed as weakness and simply encourage a demand for further concessions.

— We must stand up for our rights and defend ourselves as there is a need, without apology and without internalizing the perspective of our adversaries.

— Most importantly, we must remember that the Land of Israel is ours for all eternity, not to be bargained away.

May the Almighty bless us with a good year. 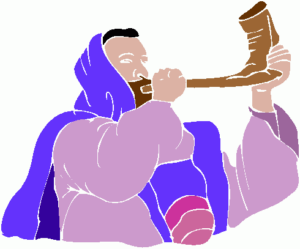