I hope to share just a few thoughts here regarding the Congressional vote on the Iran deal.

In trying to unravel for myself some of the precise wording of the Corker Bill, I consulted with an international lawyer (US born and educated).  His response to me, in part, was that the Corker Bill is “a real drafting disaster.”  He went on to explain some of the ways in which this is so, but I am going to pass on sharing details.

I think the fact that it is a disaster – not clearly and coherently drafted – tells us a good deal about those who did the drafting.  They functioned in a political climate that was itself awash in ambiguities and evasiveness and game-playing.  It is important to recognize that this is the case.

It could well be that the bill, as charged, conveys the sort of confusion that makes adhering to it a near impossibility.  If this is so, it is part of the larger story.

In any event, there are certainly those saying that there are stumbling blocks inherent in the document.  But what remains to be seen is whether there is the courage within the Republican faction of the Congress to confront these problems, rather than looking away and pretending all is in order.  For me, that’s the ikar, the heart of the story.  (See below, my last item, on this, with regard to viewing the deal as a treaty.)

I’m receiving comments from some readers who say that Cardin does not deserve accolades for coming out against the Iran deal.

First, because he was part of the leadership that drafted the disastrous Corker Bill.  True, for what is commonly referred to as the “Corker Bill” is the “Corker-Cardin Bill.” But for that I see Bob Corker, who is the Republican chair of the Senate Committee on Foreign Affairs, as having primary responsibility.  Had he not caved, but rather insisted on the deal being voted upon as a treaty, there would not be the current mess.

And then, because Cardin waited until Obama knew he had garnered a veto-proof number of votes before declaring – a valid point. What he did in this respect is typical of the game-playing that has adhered to this whole process.  Compare the time at which he declared with the much earlier declaration of Democratic Congressman Eliot Engel.

And yet…I’m glad he did come out against it, because he has stature and his position carries some weight. If the report I cited yesterday – regarding the legislation he intends to advance that would control the damage done by the deal – is true, then it mitigates a good deal.  Yes, I know. Had he come out sooner, he might have influenced other Democrats to stand against it as well – which is better than legislation to mitigate it.

But still I would be pleased to see that legislation come to be.  It would address, among other things, the issue of terrorism considered below.  This, by calling for an accounting of how Iran will be spending the money garnered via sanctions relief.

Leon Panetta, who has served both as secretary of defense and head of the CIA (both under Obama, please note), has written an op-ed in the LA Times, in which he declares the Iran deal to be a bad one (emphasis added).

“In itself, the Iran deal would appear to reward Tehran for defying the world, make funds available for its extremist activities and generally make it stronger militarily and economically…Let’s face it, given the situation in the Middle East, empowering Iran in any way seems like a dangerous gamble.”

Says Panetta, part of the purpose of the deal should be to build a strong coalition to confront terrorism in the future.

To that end, he recommends, among other things, harsh enforcement of the deal, a strong military presence in the region maintained by the US, expanded US intelligence capabilities, and a clear US declaration that military force is an option.

The problem, of course, is that none of these are options Obama would consider. And it is here that we come to a very basic part of the problem with the deal.  It is not just about Iranian nuclear capability – it is about empowering Iranian hegemony and terrorism by Iranian proxies.  This is the most immediate danger.

More on the same subject of terrorism:

After Senator Marc Kirk (R–IL) requested that the Obama administration disclose estimates of “Iranian military spending, as well as Iranian assistance to Houthi rebels in Yemen, Shiite militias in Iraq, the Assad government, Hezbollah, and Hamas,” the Congressional Research Service issued a report.  According to that report, Iran’s defense budget ranges between $15 and 30 billion a year, with a solid percent of this going to pay for proxy terror groups and rebel fighters.

A “low ball” estimate is that Hezbollah alone gets $100 to $200 million per year while the Assad regime gets somewhere between $3 and $15 billion per year.

“’Some regional experts claim that Iran’s defense budget excludes much of its spending on intelligence activities and support of foreign non-state actors,’ the report states, estimating that actual military spending could far exceed the $30 billion Iran discloses annually.”

And this is before the full impact of sanctions relief is felt by Iran, which will then be able to expend far more on terrorists.

How, it must be asked, could the US Congress entertain a deal that permits this?  The question should be asked in calls to elected representatives in Congress, in letters to the editor, and talkbacks on the Internet. Even now.  Especially now.

And here I present something once again that is out of the box, a most fantastic video satire on Iranian-funded terrorism. From Shurat Ha-Din, the Israel Law Center.

Congresswoman Debbie Wasserman Schultz, Chair of the Democratic National Committee and great friend of Obama, speaking of love for Israel with tears in her eyes, has declared herself for the Iran deal. Following her announcement, constituents have been demanding her resignation because she ignored the will of the voters.

It’s never been possible to take Schultz very seriously. Hopefully, she will lose her seat in 2016 (for she surely will not resign). But this should be spoken about broadly, as an object lesson to Democratic members of Congress as to what can happen if they flaunt the will of their voters. in order to adhere to Obama’s party line.  Little good Obama’s promises will be with regard to their political futures, if they find themselves out of office.

I keep on expressing my intent to switch to other subjects, but somehow don’t get there.  Tomorrow I truly hope I will.

But here I would like to close on a good note, with a focus on Congressman Louie Gohmert (R-TX 1st). Have picked up a good deal about him and it seems that his voice is the strongest in Congress against the Iran deal.  He pulls no punches, and while I have charged several times that the Republicans are weak, he is certainly an exception.  In fact, when guest hosting Sean Hannity’s radio program recently, he said that Republican leaders who approved the Corker bill have “became willing accomplices” in “the hell it will unleash on so many innocent people.” 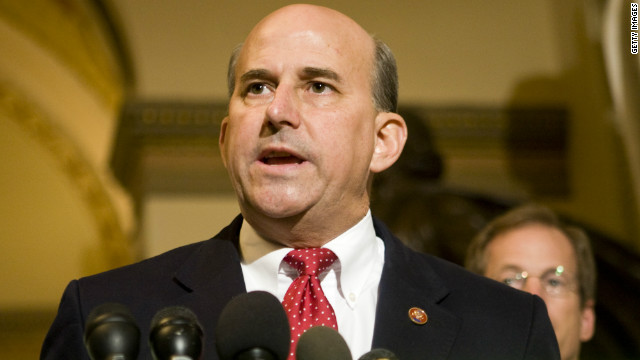 Just today, he announced that he will introduce a resolution declaring the Iran deal a treaty.  If it passes, he says, the Senate should deliberate on its ratification within 30 days.

Don’t see enormous likelihood of this passing – but this, again, would be the responsibility of the Republicans.  And it’s good to see someone fighting the status quo.

He will be at the rally at the Capitol at 1:00 on Wednesday.