You may well have read various news items in the last few days about how Abdel-Fattah al-Sisi, president of Egypt (pictured below), offered a deal to Abbas:

What was said was that al-Sisi was prepared to turn over to Abbas a considerable swath of land in the Sinai adjacent to Gaza, in which Palestinian “refugees” could settle, and which would – unified with Gaza – become the Palestinian state.  In return, Abbas would withdraw demands for Israel to return to the 1949 armistice line (which is commonly and erroneously referred to as the “1967 border”).  The areas of Judea and Samaria that were already under PA control – primarily the major Arab cities such as Ramallah – would become an autonomy.

Word was that Abbas turned it down.

Much was written about how this proved Abbas didn’t really want a Palestinian state (that indeed is the case – but not because of this) and how this offer by al-Sisi signaled a new diplomatic era.

But I am here to tell you that this never happened.  My source is a very highly credible Arabic-speaking Israeli with connections in the Palestinian Arab world.

The one who made this offer, he says, was former president Morsi, who is Muslim Brotherhood.  The offer back then, my contact explained with consider logic, was made with the idea that Hamas would be in control of the area that would become the Palestinian state, while Abbas would be sidelined.  There would then have been two Muslim Brotherhood states – Egypt and Palestine.

At present, there is no way that Abbas and his PA could take control of Gaza and an area adjacent to it in the Sinai –  Hamas remains firmly in control in Gaza.  And al-Sisi has absolutely no desire to strengthen Hamas. 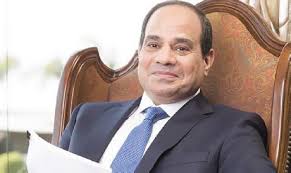 As for Abbas himself, I must return to the Yiddish expression I have used previously: You cannot ride on two horses with one tuchis.  (Yes, I like this expression because it so colorfully describes the situation.)  Seems he is still attempting to do just that.  With very limited success.

During the recent conflict, he was thoroughly on the side of Hamas, in public.  Participated in the indirect ceasefire talks with Hamas and even led the negotiations.  At that time I was advised that he was doing this in order to stay “relevant.”  He wanted to remain in the public eye as a player of consequence.  Thus, he did not break the unity agreement with Hamas or come out critical of Hamas.

Now that the conflict is on hold, he has switched sides.  Sort of.  Wants to appear as the one to be embraced as a “moderate.”

Four days ago, during a meeting in Cairo, he declared:

“If Hamas won’t accept a Palestinian State with one government, one law, and one weapon – then there won’t be any partnership between us. This is our condition, and we won’t back away from it.

“We will only be talking to Hamas if they meet our requirements. The partnership with Hamas depends on arms being under the control of the Palestinian State.”

If Abbas truly thinks that Hamas will relinquish control of their weapons to a unity government he heads, he’s dreaming.

“The April 23 reconciliation agreement signed by Palestinian leaders did not address the most contentious issue between them: the weapons of the Izz ad-Din al-Qassam Brigades, Hamas’ military wing. Both Fatah and Hamas thought it best to pass on the issue to avoid it posing an obstacle to reconciliation.” (Emphasis added)

Since Hamas never agreed to turn over its weapons, he is on thin ice with his demands. And what I observe is that so far he is all talk.  He has not broken with Hamas, he has merely threatened to do so.

According to an analysis by Malcolm Lowe, Abbas is not nearly as smart as he imagines himself to be, and has maneuvered himself into a corner (emphasis added):

“The recent hostilities between Hamas and Israel have prompted various Israeli figures…to advocate an enhanced role for Mahmoud Abbas, the President (sic) of the Palestinian Authority [PA], in an eventual solution for Gaza. The implausibility of this idea has been pointed out elsewhere. What both the proponents and the critics of this idea have not asked, however, is a more fundamental question: To what extent was Abbas complicit in the aggression of Hamas?”

Lowe then documents the multiple ways in which Abbas was clearly complicit – thereby demonstrating that it is not as easy to switch horses as Abbas apparently imagined it would be.

“Previously, [Abbas] had been using security collaboration with Israel to weaken Hamas, his chief rival [in Judea and Samaria].  Now [March 2014] he chose the reverse tactic: by forming a Palestinian unity government…he hoped to use Hamas to weaken Israel to the point of succumbing to his demands.

“This was a catastrophic miscalculation on the part of Abbas.  Hamas had its own reasons for joining a unity government.  Above all, Hamas had been made bankrupt by the Egyptian decision to eliminate the tunnels between Egypt and Gaza, so it relied on the promise that the unity government would pay the long overdue salaries of its 40,000 civil servants..

“…as the Israeli Security Service (Shin Bet) has discovered, Hamas exploited the formation of the unity government for a scheme to overthrow Abbas in the West Bank, while brutally injuring Fatah operatives in Gaza.

“Worst of all, an opinion poll shows that the Palestinian public — in its characteristic mode of collective insanity — accepts Hamas’s claim of ‘victory’ over Israel. Whereas until recently Abbas enjoyed clear superiority over Hamas’s Ismail Haniyeh in opinion polls, now Haniyeh is projected to defeat him by 61% to 32% in the upcoming election for the Palestinian presidency. Remember that the agreement to form a unity government stipulated that fresh elections for both the Palestinian parliament and the presidency should take place within six months. The same poll ascribes even greater popularity to Haniyeh in the West Bank than in Gaza (66% versus 53%)…

“In another misjudgment, Abbas finally opened his mouth to denounce Hamas’s responsibility for the destruction of Gaza just days before that poll was published. That is, he was silent when the destruction could have been prevented, but chose to criticize it precisely when the broad Palestinian public had euphorically decided that it was a price worth paying.

“…the Palestinian government has now recommitted itself to paying the 40,000 Hamas officials in Gaza in addition to the 70,000 PA officials who have been receiving salaries in Gaza since 2007 without actually working.  In other words, the proposal is to pay 110,000 employees for the work that is currently done by 40,000 – and this is out of a Palestinian budget that is already (as usual) in deep deficit….”

I suggest you save this URL and send it to anyone who promotes Abbas as the solution to the current situation in Gaza. 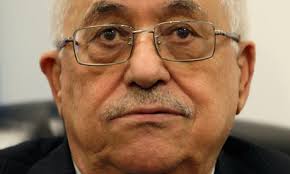 At the time of the ceasefire, Izzat al-Rishq, a member of the Hamas politburo who was part of the Hamas negotiating team, said: “the resistance maintains its finger on the trigger.”

Nothing else was expected.  Most clearly, we are in a hiatus, but have not seen the end of hostilities.  Not only is Hamas refusing to surrender its weapons, there are reports that it is already working to replenish its weapons cache.

“A senior political source warned on Sunday that Hamas has renewed its rocket manufacturing and smuggling operations and has begun rebuilding the terror tunnels destroyed by the IDF.”

“On Friday, Yedioth Ahronoth’s political analyst Shimon Shiffer said that the Military Intelligence Director is expected to present in the coming days a comprehensive report to the political establishment regarding Hamas’ rehabilitation efforts.”

Now, there are claims that these reports are in error.

And then we’re told that it takes time for rebuilding to be done. Plus there is talk of methods to be put to use to detect tunnel construction.

It does not matter.

Once commercials goods start coming into Gaza, it is possible to smuggle parts of rockets inside commercial supplies.  I’ve even read about schemes to utilize a submarine to bring materials to Gaza (have no idea if this is viable).  Hamas – which is very determined – is aiming for more sophisticated equipment, not just replenishment of lost supplies.  Remember, it has a deal with North Korea.  It is not thinkable that down the road there should be equipment in the hands of Hamas that Iron Dome is not equipped to deal with.

It is Israel’s job now not only to track what is going on, but to respond to it quickly if re-arming is detected.

In the past, we sat still while arming went on in Gaza, waiting until Israel was attacked first – so that we would not be labeled the aggressor.  This would be deplorable in the current situation.

Israel is currently in negotiations with Hamas for a final truce.  We haven’t even reached that stage yet.  The maximum in vigilance and in responsiveness is required.

There has been so much talk about a new diplomatic situation that would help us manage the situation in Gaza, with new alliances and new distress about jihadi regimes.  We’re part way there – witness the difference between Morsi and al-Sisi and expressed concerns of the EU regarding jihadists – but so far I have not seen anything of substance I can write about, although I would dearly love to do so.

All I see at present is a morass of confusion.

You may well have seen one or more hysterical articles about how Israel is involved in a “land grab.”  I would like to close with a link to an article that refutes this (emphasis added):

“Last week, the Civil Administration in Judea and Samaria declared that some 1,000 acres in the area of Gush Etzion was public (state) land.

“As expected, the extreme left-wing NGOs in Israel, led by Peace Now, exploded with an intensive campaign against this step, and shortly thereafter, the US, the UN and certain European countries began to condemn the move and demanded that Israel repeal its decision.

”In a malicious manner intended to throw sand in the eyes of the international community, and to blacken the name of Israel, Peace Now purposely misrepresented this step – which was simply the formal completion of a well-known process – as expropriation of land, and another example of ‘occupation, expulsion and theft.’

”However, an accurate analysis of this declaration and its basis in law completely disproves the claim that Israel has taken over privately owned land. The opposite is actually true – this entire process, implemented by the government, of surveying and officially declaring land to be state land, is intended to ensure that no private property rights will be harmed and that new or expanded communities will be established only on land that belongs unequivocally to the sovereign power according to international law, and not to a private individual.”

Another article to save, my friends. Share it and utilize it to defend Israel.  Please!