My blog is still under construction, and my posts have yet to be formatted in final form – but I happily reach out to my readers!

Government and Knesset positions are moving in the right direction, bit by bit. It’s a very uneven ride: two-steps-forward-one-step-backward. Yet I am feeling upbeat about the overall direction in which we are headed, in spite of moments of angst and sadness and frustration.

So let’s start with some good news:

Netanyahu spoke with President Trump shortly after the inauguration and the feeling was very positive.  Trump invited the prime minister to visit the White House in February. (It has now been announced that the meeting will be on the 15th.)

In a subsequent Fox interview, President Trump said that Israel had been treated very badly, but that: “It got repaired as soon as I took the oath…We have a good relationship.”

Rudy Giuliani – former mayor of NYC and currently an advisor to the president on cyber-security – came to Israel on private cyber-related business. He also met with Netanyahu, at Trump’s behest. 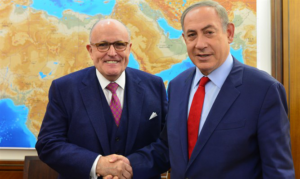 The message he would deliver, said Giuliani before the meeting, was from the president. “But I can give the general message, which is ‘I like you very much and we’re very good friends.’”

Some days ago, in the wake of this new attitude expressed by the Trump administration, Prime Minister Netanyahu and Defense Minister Avigdor Lieberman announced the construction of 2,500 housing units in Jewish communities in Judea and Samaria (Yesha). 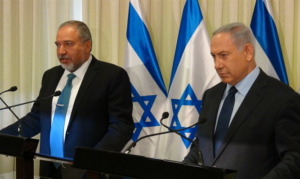 This was good news, as there had been a de facto freeze on building.  But it was qualified. With the one small exception of 100 units in Beit El, the housing would be constructed only in the major “settlement” blocs.

Each bloc is a small cluster of modest-sized communities surrounding or linked to one major community from which the bloc draws its name: Ariel bloc, Ma’ale Adumim bloc, etc.

(An exception to this general pattern is Gush Etzion – the Etzion bloc, comprised of some 18 distinct communities; Kfar Etzion is actually one of the smaller communities, but has a history that traces back before 1948.)

Unhappy with the announcement, the leaders of Judea and Samaria began a campaign to “Stop the Bloc Plan of the Netanyahu government.”  This plan, they said, called into question the government’s commitment to all of the Jewish residents of Judea and Samaria.  It seemed to suggest that only those blocs were “legitimate,” and this is a genuine concern.

The Yesha leaders protested that the needs of the residents of Judea and Samaria were not being met.  They called for a new policy for a new political era.

What was most incredible about the situation is that there was not a word from the Trump administration about the planned building. White House Press Secretary Sean Spicer actually skirted the issue when asked about it.

The president, explained Spicer, “wants to grow closer with Israel and make sure that it gets the full respect that it deserves in the Middle East.”

The implied message was one of non-interference in the decision of a sovereign nation. And it was an extraordinary message.

While Obama’s condemnations had become nastier and more unreasonable over time, even his predecessors had routinely expressed some measure of discontent with Israeli building in Judea and Samaria.

This, then, was a new situation.  And so the call went up from the right here in Israel that this was an opportunity that was not to be wasted.  Seize the moment! they implored.

And thus do we come to the heart of the matter, as it has been discussed for many days here in Israel:

Where precisely does our prime minister stand?

How much of his support for a “two state solution” these past years has been a response to pressure placed upon him – from the international community and the Israeli left? And how much has been an expression of genuine conviction?

There is no solid consensus on the matter.  Some people, seeing him as either politically astute (a clever game-player, seeking to avert crisis) or too weak to deal with the pressures, are absolutely certain of the former.  Others will attest to the latter.

(Please! Do not write to me to tell me what you think and why.)

What is beyond dispute is that the pressure exerted by Obama over the past eight years has been horrendous.

It was after the funeral of Shimon Peres (who was adored by Obama and Kerry for his devotion to “two states”). The president and secretary of state had returned to Air Force One.  A staff member on the plane, on instruction from Obama, then called Netanyahu’s chief of staff, Yoav Horowitz, and said:

“Tell your boss if he wants a funeral like the one Peres just had, he should begin to move, to go forward.”

Horowitz, speaking on instructions from the prime minster, responded:

“Tell him that I give up the honor because I have no intention of participating in the funeral of my country.” 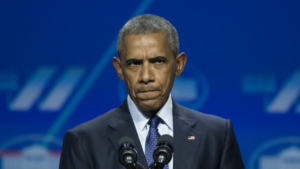 This ugly incident was no more than the tip of a very large iceberg – an iceberg with which Netanyahu was undoubtedly well acquainted. Obama’s antipathy to Israel was such that it was difficult to predict what he might do next.  His refusal to veto the outrageous Resolution 2334 demonstrated his readiness to throw Israel under the bus.

And so, Netanyahu’s reluctance to publicly renounce a “two state” solution might well be understood in this context.  His answer to Obama’s aide on the plane was spot-on.

What has been clear all along is that the true test of Netanyahu’s intentions would come after Obama had departed the White House.

And here we are.

With it all, the focus was on the application of sovereignty to Ma’ale Adumim.  This is an initiative that has a national consensus behind it; it had been planned for some time, with Education Minister Naftali Bennett (chair, Habayit Hayehudi), MK Bezalel Smotrich (Habayit Hayehudi), and MK Yoav Kish (Likud) leading the way. The issue was scheduled to be discussed in the Ministerial Legislative Committee two days after Trump was inaugurated.

Netanyahu, however, blocked all movement forward on this.  It was premature, he said.  He did not want to “surprise” Trump before their meeting.

While it remains to be seen what will happen after that meeting, a loud “Uh oh!” was heard in many quarters.  Was Netanyahu stalling already?

But then there was an interesting turn of events, as Netanyahu declared intention to see the Regulation law passed by the Knesset in the course of this week.  It had already passed its first reading, and then was held up by Netanyahu while Obama was still in power.

Last Saturday night, the prime minister gave instructions to Coalition Chair David Bitan (Likud) to bring the law to the Knesset for its second and third readings during the course of the coming week. 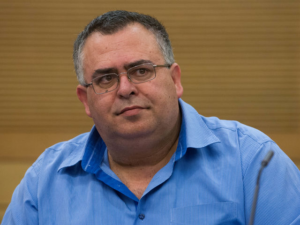 The law would legalize and protect homes in Judea and Samaria that were built with government assistance and without knowledge of absentee landowners, when those putative landowners subsequently appeared and made claims on the land.

Rather than force the Jewish homeowners to vacate their homes so that they might be demolished – as happens now, it would provide for the homes to remain.  Absentee landowners who prove their claim of ownership would be provided with their choice of an alternate plot of land or 125% of the value of their property.

The current system is a nightmare.  A property in Judea or Samaria goes unclaimed for decades.  No taxes are paid on it and it is not utilized.  Thus it is classified as abandoned property by the Civil Administration, and a Jew is permitted to build a home on it. Suddenly an Arab appears claiming the land, and clutching a piece of paper, almost always from Jordanian times.  Often the link between that particular Arab and the piece of paper is tenuous.  The Arab’s claim is motivated and actively supported by Yesh Din or another of the NGOs that is pro-Palestinian Arab and receives the bulk of its funds from foreign governments.

The NGO petitions – or assists the Arab in petitioning – the High Court for rights to the land.  Perversely, here in Israel, NGOs that are foreign funded or that have no standing in a case may petition the court.  And time after time the Jewish homeowner is the loser.

This situation is what the residents of Amona – scheduled for demolition on February 8th – have had to deal with.  The injustice in this case is what spurred the drafting of the Regulation Law, so that there should be no more Amonas.

Originally, Amona (pictured) was to be included in the legislation, as were nine homes in nearby Ofra. But they were removed because the Court had already ruled in these instances. 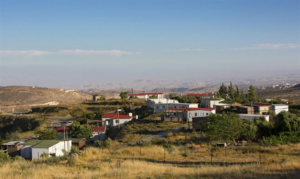 I had hoped to be able to write about the passage of this law. But it has been delayed. Debate is now on-going in the Knesset and the vote is scheduled to take place early next week.

Whether the prime minister promoted this now out of conviction or to prevent coalition upset, I cannot say.  But he is supporting it, and that is a good thing.

This legislation, in and of itself, is certainly not a declaration of sovereignty.  But by applying Israeli law to a situation in Judea and Samaria, it is legitimizing Israeli presence there.

Netanyahu has not formally renounced support for that “two state” solution. But as he is promoting this law, can we assume he may be tilting in that direction?  I don’t have the answer yet.

Without a doubt, this law, if it is passed, will be challenged.  But whatever the outcome, it represents a new step by the Knesset towards claiming Israel’s rights.

As to Amona, a deal had been struck between the government (the Civil Administration) and the residents of the community.  The High Court provided an extension of 45 days to its earlier deadline for demolition of Amona.  During this time – which ends February 8th – the Civil Administration was to set up an alternate site, with caravans and basic infrastructure, for the Amona residents, on the same mountain on which Amona is situated.  There were a few different sites under consideration.

This is not transpiring as was expected, however, because Yesh Din again and again has brought forth “owners” for the alternate sites that were being considered. They are stringing us along, and to say that this is an outrage hardly describes the situation.  Some very major changes in how we operate are in order.

The picture is not bright, but it is not over yet.  The State has asked the Court not to find for the Arab claims to the plots of land, and to allow the setup for the Amona residents to take place.

Ending on a good note:

David’s Sling, which will operate across Israel, will be operational later this year. 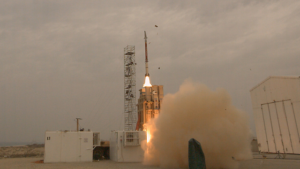 According to a study published in “US News and World Report,” Israel is ranked as the 8th most powerful country in the world.

“Behind a country’s wealth and success are the policies that create possibilities, the people that drive the effort and the history that shapes the environment and perspective.”