There are a great many measures against the terrorism that the Security Cabinet has passed or is considering at this point.

It seems to me that among the most powerful are those that affect the families of terrorists. Potential terrorists anticipate becoming “shahids” – martyrs – and having their names praised, never mind being rewarded with 70 virgins in heaven. It’s all a great honor.

But they are not keen on leaving their families – parents, wives, children – in a severe bind.  Thus has it been decided that homes of terrorists will be demolished and it will be forbidden for new homes to be built on the same site.  Property of the terrorists will be seized.

My friends, I read this, and I said, STOP THE PRESSES!

What does this mean?? That until now terrorists who had Jerusalem residency status DID receive insurance benefits via the State.

And I rhetorically asked myself the obvious: Are we daft? Completely and totally daft – at least until now?

I think perhaps this entire horrendous situation that the nation is grappling with may have a positive effect in that it clarifies national thinking in certain significant ways.  We might just start to get smart for ourselves (if this isn’t wishing for too much).  I will come back to this below.

The Security Cabinet has adopted Gilad Erdan’s suggestion that the bodies of terrorists not be returned to their families, but be buried without fanfare.  The goal here is to prevent the displays at funerals that turn them into a very public celebration of terrorism.  “Honor” accrues to the terrorist and to his surviving family, and the ceremony serves as a form of incitement, as well.

Recently, the body of terrorist Muhammad Halabi – who killed two people in Jerusalem’s Old City before he was shot dead – was returned to his family for burial.  Fatah then brought bags of soil from near the Al Aksa mosque, so that his dead body “can hug the soil for which he died a martyr.”

Hopefully this sort of thing will no longer be possible.

With each of these steps – such as legal action against the Islamic Movement of Israel, Northern Branch – I find myself thinking, it’s a start. Long overdue, but a start. Perhaps a step towards national sanity.

Other steps that are being taken, of a security nature, some of which I have already addressed:

Hundreds of IDF troops (six companies, I believe) have come into Jerusalem and will be working with the police.

They are riding buses and trains, and are surrounding the Arab neighborhoods, where they have set up checkpoints.

They have the go-ahead to totally seal off a particular neighborhood for security purposes if this is deemed necessary.

Naturally, these practices have their critics and naysayers. There are those who decry the inconvenience to innocent people in those neighborhoods, to which I reply “Tough.”  Better they be inconvenienced than that innocent Jews be killed.  No contest on this. Emergency situations require stern measures. These measures will not be sustained long term.

Others say that even with the roadblocks and the rest, those who are determined terrorists will find their way out of their neighborhoods. This may be: this approach may be less than perfect. But it does seem to be having a dampening effect on terrorist activity.  (If this turns out to not be successful, there will need to be sterner measures yet.)

Still others say that this is stop-gap, and a long term solution is needed. This may also be. But stop-gap, if it stops terrorists right now, is what is needed first. Once it’s quiet, there will be time to examine long term policy adjustments.  We are dealing with an exceedingly complex situation in an intensely volatile time.  I hope in due course to address some of the issues.

I mentioned briefly in an earlier posting what the response from Israeli citizens has been, and I want to reiterate it here.  People are carrying guns (with control regulations loosened), and pepper spray, and various other items that can be used for self-defense.  Repeatedly, they have rallied at a sign of trouble. 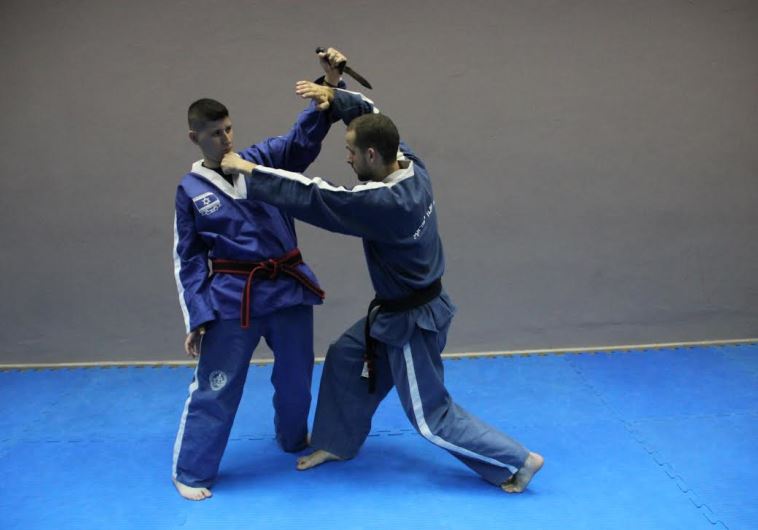 Circling back to my question regarding whether we have been daft in the latitude we have provided terrorists… The answer, of course, is absolutely we have. Part of the reason is because we have a segment of our society that remains bleeding heart delusional, or that tilts pretty far left.  But I see as a greater reason the concern within the government about how the world is seeing us.

We must remind ourselves that no matter how we treat the Arabs in our midst, including the terrorists and troublemakers, we are going to be judged badly by the world. Who cares how we act?  They will say about us what they will say, with malice aforethought.

Who knows, who cares, that terrorists are treated alongside their victims in Israeli hospitals?  This is a matter of medical ethics – which are scrupulously adhered to, not Israeli policy.

For us to expect the world to judge us fairly is a foolish and losing proposition.  We must hope at this point that we will begin to put our needs first, as well we should

Two days ago, at a speech at Harvard, Secretary of State Kerry said, “And there’s been a massive increase in settlements over the course of the last years, and now you have this violence because there’s a frustration that is growing.”

And so, he blamed us for the terror directed at us.  Netanyahu, who has it right, was crystal clear in his statement that the terror does not come from frustration, but from a desire to annihilate us.

I will point out here, as I have before, and will again, that we have endured some of our worst terror when we were in negotiations and making concessions.  That terror was not fueled by frustration, but by a perception that we, in making concessions, were weak and could be frightened into even greater concessions.

But how many millions of people learned of Kerry’s remarks, and believed his assessment?  Never mind that the State Department subsequently tried to walk back Kerry’s statement.

After speaking about frustration and terrorism, Kerry then announced that he was coming here some time soon, to try to help bring quiet to the region via negotiations.  The Quartet visit was cancelled, but we may get the Secretary of State anyway.  Oh joy.

There were, as well, comments by the British Foreign Office.  While condemning terrorism, Minister Tobia Ellwood said:

How’s that for empty-headed evenhandedness?  Our security forces should maybe hug the terrorists?

Abbas has made one outrageous accusation against Israel after another. This has been most notable with regard to the Temple Mount, but also concerning what he has labeled as excessive violence against “innocent” Arabs.

In the last couple of days, however, Abbas’s attempt to paint Israel as the aggressor went too far. Speaking in Ramallah yesterday, he referred to:

“…the policy of occupation and aggression by Israel and its settlers, who commit terror against our people, our homes, our trees, our holy places, and who execute our children in cold blood, as they did to the child Ahmed Mansara.”  (Emphasis added)

The PA even ran a brief video that purported to show Ahmed Mansara lying dead in the street.

Ahmed and his cousin Mohammed had wounded two Israelis in a stabbing attack in the Pisgat Ze’ev neighborhood of Jerusalem on Monday.  He wasn’t executed, he was hit by a passing car when running from bystanders who were chasing him.

And guess what?  He is alive and doing very well in Hadassah Hospital.

After Abbas made his charges that Israel had “executed” the boy, Minister of Health Yaakov Litzman permitted cameramen to photograph him:

This infuriated the Mansara family.  According to Minister Litzman, the family was cooperating with Abbas in the fabrication that the boy was dead.

This is the sort of libel we must contend with.

Where are we with regard to the terrorism?  It’s better, but no guarantee, of course, that it’s over.  It will be some time before we can say that.

Yesterday, there was an attempted attack at the Damascus Gate into the Old City; security took out the terrorist.  And then outside the Central Bus Station, a woman was stabbed by an Arab, before he was shot to death.

Today, it has been quiet, please Heaven may it remain so.

I close with a video that should bring a smile.  It is not directly connected to this time of violence, but reflects the attitude of Israelis.  A Flashmob on the Jerusalem light rail: