Today I will focus on just one subject.  For the fires that have raged here in Israel during the last several days have surely been uppermost in everyone’s mind.

It began on Tuesday with a major fire in Zichron Yaakov, a community near the Mediterranean, on the south edge of the Carmel Mountains. Spreading through the night, it was battled by several teams of firefighters.

From there it spread – a fire first here, and then a fire there, most in the north of the country.  There were fires in the hills near Jerusalem, with the small community of Beit Meir suffering major destruction. 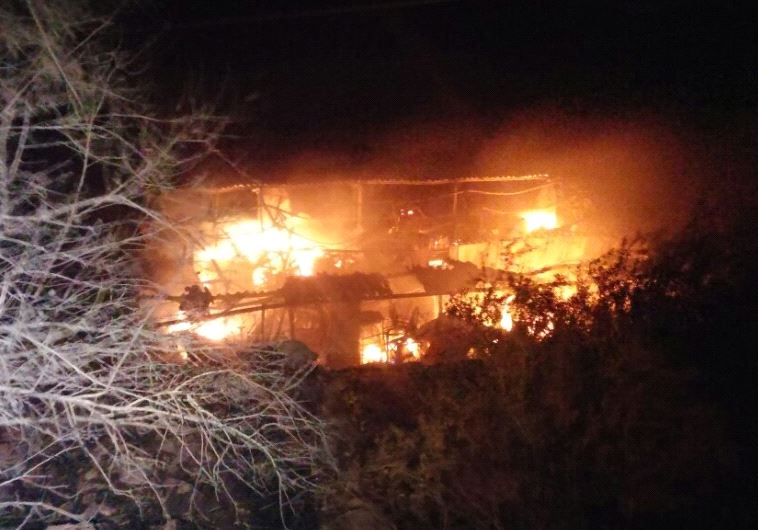 The worst happened on Thursday into Friday in Haifa, with pockets of flame flaring: some 70,000 people were evacuated from their homes.

It was not quite the case, but there were cries that “Israel is on fire.”  Surely it felt that way to those in the path of the flames.  There were many dozens of fires – over a hundred according to at least one source.  Some small and some major. Officials in Haifa spoke of a national emergency. 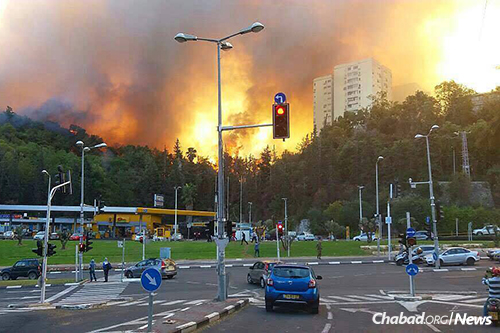 Today it is quiet, with flames in the main doused. Many people who had to flee at the height of the emergency have been able to return home (if there was a home to return to). Here and there a small flame ignites – I am assuming, by design – and is extinguished.

Precise information is difficult to acquire, as different sources provide different figures.  Following is the best I have been able to acquire:

While – thank Heaven – no one has been killed, according to Magen David Adom, some 180 people have been injured, mostly from smoke inhalation.

Some 600-700 homes were damaged in the fires, with more than 400 reported as uninhabitable and 37 completely destroyed.

The Nature and Parks Authority reports that some 32,124 acres of natural forests and bushes have burned, much of it in Nature Preserve land in the Judean Hills.  Reports are that it may take up to 30 years for some areas of forest to be restored.  Wildlife – which is plentiful in these areas – has been hit hard.  Certain animals – foxes, jackal, deer – managed to escape in some numbers; others such as snakes and turtles found it near impossible.  It is difficult not to weep for this.

The effort expended in combatting this emergency has been enormous.  There were 2,000 firefighters and 450 Search and Rescue IDF soldiers marshaled in the effort, with 480 air missions, dumping water and flame retardant on the fires. Some 29 planes were involved, including the US Supertanker, the largest firefighting plane in the world.

The SuperTanker, which Prime Minister Netanyahu explained is the only firefighting plane that can operate through the night, was not sent by Obama as a goodwill gesture to Israel.   Netanyahu contacted the American company Global SuperTanker Services and arranged for the plane to be leased and brought here as quickly as possible. (Carl of the blog IsraelMatzav expressed the suspicion that Netanyahu did this for political reasons – to solidify the public view of US support for us during our crisis even as Obama remained silent.)

I believe the US did send a crew of firefighters.

Requests went out to other nations seeking assistance, and a number responded:  Egypt sent helicopters, and Jordan fire trucks.  Greece, Cyprus, Azerbaijan, Croatia, Italy, Russia, France, and the Ukraine all sent planes, most accompanied by crews. I believe the UK, Bulgaria and Italy did, as well, and I may have missed yet others.

My understanding is that Turkey volunteered assistance without having been asked.  A surprise, at least to me.

I read one statement by a Cyprian firefighter assuring us that they will always be here for us.

This support was very heartening.  We are hardly alone.

In point of fact, the PA also sent assistance: eight fire trucks and 40 firefighters.  But forgive my cynicism – I read this as a PR move.  It was essential for Abbas to do this so as to look good; it was not an act of solidarity.  It’s what do you do, when Arabs from the PA area are identified as arson suspects and you know the world is watching.

Netanyahu thanked Abbas for this assistance.

The big question is how this situation came about.  We were in a particularly vulnerable situation, because winter rains had not yet begun (still haven’t, but are due to start soon) and everything was horrendously dry.  What is more, during the period of the fires, there was heavy wind across Israel – a lethal situation for spreading fire.

And so, yes, some of it just “happened”: a cigarette tossed carelessly that caused a flare-up and then a spread of fire because of the wind; a bonfire unwisely located that did the same.  Sparks from flames, caught in the wind, can “jump” to new locations.

But it was acknowledged early on that these fires were not all “innocent” occurrences.  Very quickly it was recognized that arson was at work – hardly for the first time, but on a new and frightening scale.  First estimates were that at least 50% of the fires had been deliberately started, although I’ve now seen estimates as high as 60% and as low as 30%,  It’s still guesswork, as investigations are not complete.  It has been determined that the Haifa fires, or a number of them, were arson. (Four fires ignited in Haifa at the same time – a clear indication of arson.)

Flammable materials have been discovered at the site of some fires, and in at least one case, in the possession of Palestinian Arabs driving in the area of Ramallah who had full canisters of gasoline, rags, gloves and lighters in their vehicle.  Police also found smoldering tires at the site of a fire and caught Arabs throwing Molotov cocktails so as to spark fire. 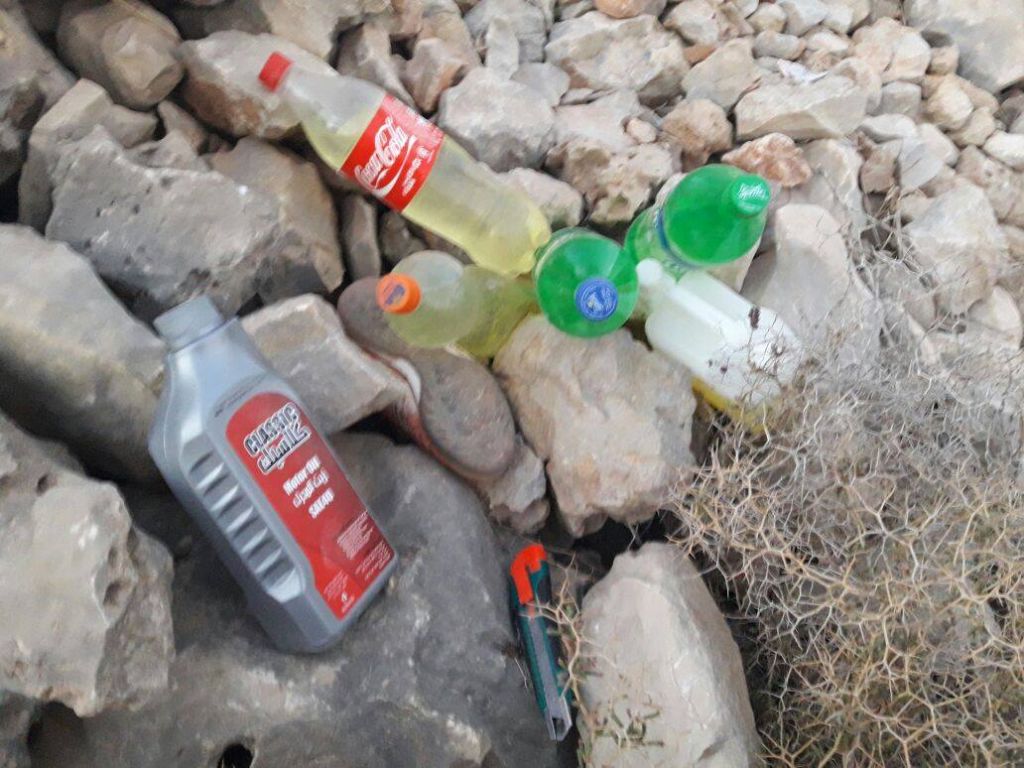 This arson has been identified by Israeli officials as terror.

In a Channel 2 interview, Minister of Public Security Gilad Erdan spoke of “a new kind of terror.” In the past, he said, there was incitement on social media that “encouraged people to go out and stab and car-ram” Israelis, now this same media “encourages them to go out and burn people alive, burn communities alive.”

Prime Minister Netanyahu, for his part, declared that, “Every fire that was caused by arson, or incitement to arson, is terrorism by all accounts. And we will treat it as such.”

Chief of Police Roni Alsheich concurred: “if the fire was an arson, it is absolutely a terror attack.”

The reference by Netanyahu to “incitement to arson” and by Erdan to social media is enormously relevant: there has been widespread communication via social media in the Arab world that openly celebrates and encourages the arson.

The hashtag is #IsraelIsBurning and the venom is chilling:

What must be noted as well are the denials of the Arab members of the Knesset:

As swaths of Israel were in flames, the Arab Joint List was “pushing back on claims some or most of the fires were started by Arabs for nationalistic reasons.

“’This reminds me of the anti-Semitism in Europe, like when they would blame Jews, saying they poisoned wells.’”

Well, he can begin eating his words now.

As I write, there are roughly 30 Arabs being held, either for suspicion of involvement in arson, or arrested because they were caught in the act. There are likely many more out there. The majority are from the PA areas of Judea and Samaria, but there is a substantial minority of Israeli Arabs. That Israeli Arabs were involved puts a lie to the claim by the Arab MKs that they would never do that because it is their land.  We see how they love the land.

“It’s obvious that in areas where the Palestinian Arabs have a lot of control, it’s very easy to throw a Molotov cocktail at the neighboring Jewish town and be down with it.  It’s harder for a Palestinian Arab to cross over the Green Line, but it’s not that hard.  At the end of the day, there are innumerable illegals here, so you really have the whole spectrum…A significant number of those arrested, however, were Arabs with Israeli citizenship, but those fires were not set in Judea and Samaria.(i.e., the Israeli Arabs set fires inside of the Green Line, where they live).”

While there was speedy recognition at official levels that arson was involved, many officials, at the same time, were quick to vociferously deny that we are facing a “fire intifada,” that is, arson attacks that will be on-going – a “replacement” for or adjunct to the knifing intifada.

My own opinion is that any possibility that this might be brewing must be quelled by swift and strong action now.  And so we are in a “wait and see” mode.

Investigations are still on-going.  Various actions are under discussion. There is talk of destroying the homes of arsonists, and taking the citizenship away from Israeli Arabs who set fires.  A law is being proposed that would define arson (and incitement to arson) as terrorism, with penalties imposed as would be for other forms of terrorism.

There should be no mollycoddling, no going soft.

And so I end for today, hoping to revert to my usual format next time.

But we do have good news.  First the Dry Bones cartoon on this subject, which so splendidly expresses our resilience and our courage in the face of difficulties.  It is the heart of our story.

And then the wise and inspiring words of a Holocaust survivor who lost her home in the fire and yet maintains positive perspective:

This attitude is what Dry Bones is referring to. She represents the best of who we are.