It is very very necessary, this invasion – which has been ordered by Prime Minister Netanyahu. 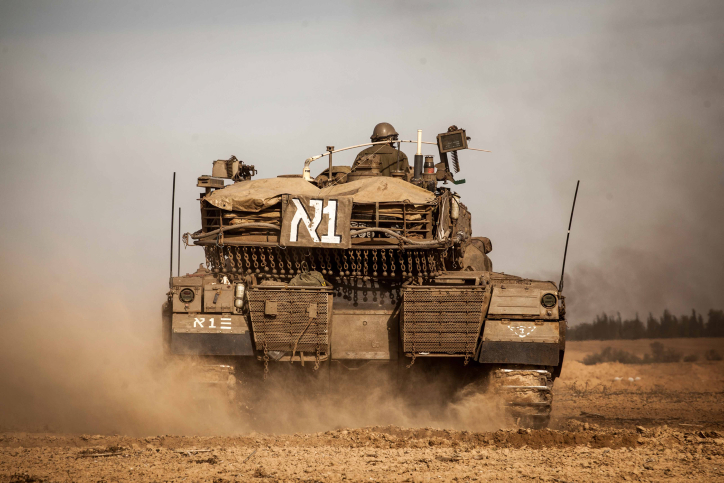 So let’s stop here for a prayer for the thousands of Israel’s soldiers who are now inside Gaza.

“He Who blessed our forefathers Abraham, Isaac and Jacob — may He bless the fighters of the Israel Defense Forces…

“May the Almighty cause the enemies who rise up against us to be struck down before them. May the Holy One, Blessed is He, preserve and rescue our fighters from every trouble and distress…and may He send blessing and success in their every endeavor.”

I just heard an interview with Col. Richard Kemp, former commander of British forces in Afghanistan and an enormous friend of Israel.  He was down at the border of Gaza before the incursion began, he reported, and what he can say is that the troops are superbly prepared for this operation.  In fact, he said, there is no fighting force in the world that could do it better.

The troops, sitting at the border for many days, have been eager to go in.

“…history shows Hamas is awful at killing IDF troops on the move.”

The operation is being led by the IDF’s Southern Command, and will see close coordination between various IDF units: infantry, armored corps, engineer corps, artillery, and intelligence. They are, of course, supported by the Israeli Security Agency (ISA) and other intelligence organizations.  Israeli intelligence in Gaza is excellent and is critically important.

There was heavy aerial bombardment before the ground invasion began; the ground troops will continue to be supported by attacks from the air and the sea.

The troops went in under cover of night and in many areas there were blackouts.  Except for flares, there was little that could be seen. The prime minister made it clear in his announcement that the initial goal of the invasion is taking out terror tunnels.

The need for this has been evident for some time, but it was likely something that happened this morning that made action inevitable:

A Hamas tunnel that opened 250 meters inside of Israel, near Kibbutz Sufa, was utilized by 13 terrorists with full intent to launch a massacre.  They carried with them heavy weapons – 15 anti-tank weapons and Kalashnikovs – with an enormous amount of ammunition.  The blood runs cold at the thought of what they would have done, if Israeli army and security had not spotted the tunnel.  Extensive forces were waiting for the terrorists when they tried to exit.  One was reportedly killed, at least some turned back.

What became apparent then was that no ceasefire, no matter the terms, would keep our people safe from terror attacks if these tunnels were left intact.

The purpose of that particular attempted massacre was very clear: Hamas was looking for a “victory” before ending the war.  Now they will pay.

There is a whole city of very sophisticated tunnels under Gaza.  They have electricity and air conditioning. And walls that are covered with tons of concrete.  (Note: the “poor” people of Gaza have cried because Israel has limited the amount of concrete brought into Gaza for building their homes, and here you have it.) 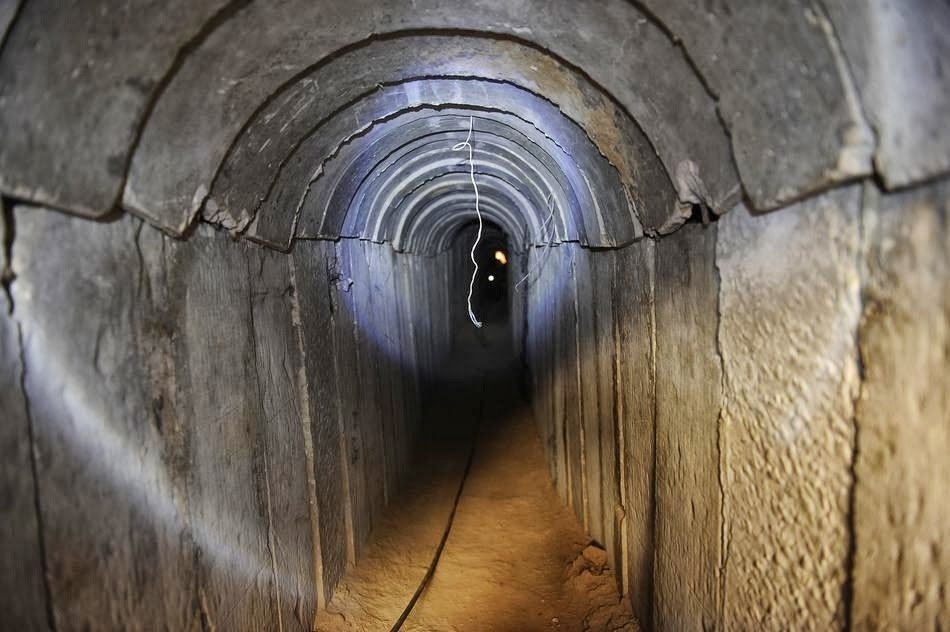 Our soldiers will not seek all of the tunnels, we are being told, but will focus on those that are within two or three kilometers of the border with Israel.

But from what I am reading, there are a number of different sorts of actions taking place in the central, southern and northern sections of Gaza. The operation is likely to expand beyond the stated goal of dismantling tunnels.  Eighteen-thousand more troops have now been called up, and the larger goal of significantly weakening Hamas has been put on the agenda.

What we are learning now is that the Security Cabinet had approved this ground operation two days ago, when it was apparent that Hamas was not going to cooperate in a ceasefire.  This is a signal lesson for us all, I think, in terms of what goes on that we, in the main, are not aware of.  This is how it is supposed to be done: with an element of surprise.

Today was a difficult day in many respects. This was, in part, with regard to false rumors of a ceasefire agreement that had been successfully negotiated (disinformation?).  I had intended to write about it, and the broader issue of ceasefires with Hamas, but the ground incursion has trumped this reporting. Hopefully I will return to it.  There are significant matters to be discussed regarding Egypt’s involvement, the desire of Qatar and Turkey to be involved, and the position of the Obama administration.  And much more.

We did have a five hour ceasefire today that had been requested by the UN so that humanitarian goods could be brought into Gaza.  We honored this; Hamas was supposed to, but did launch some rockets during that interval of time.  Once the ceasefire was over, Hamas immediately began launching a heavy barrage of rockets – with 50 in the subsequent four hours, and 100 during the course of the day.  This was one of the heaviest bombardments of the 10-day war, and surely helped move Netanyahu in the direction of ordering the troops in on the ground, as well.

There is a broad consensus among commentators that we have an extraordinary window of opportunity for doing this operation now. There is even the tragedy of the Malaysian airplane that was shot down – it is occupying the media, which would normally be focused on every step our soldiers take.  Additionally, Netanyahu is in a superb place with regard to international approval because of his willingness to go with a ceasefire.  Amazingly, Egyptian Foreign Minister Sameh Shoukry came out with a strong criticism of Hamas, saying it could have saved many lives if it had agreed to a ceasefire.  Deaths yet to come will be the fault of Hamas, he suggested.

What we must do however, is move quickly, as this honeymoon is no likely to last.

To strengthen your sense of what is going on in Gaza, and what the ruthless enemy we face is like, I provide the following links.  Please, use them extensively. The more people “get it,” the better:

UNRWA found 20 rockets stored in one of its school buildings. As you can imagine, they have no idea how they got there.  I have clear memories, from the days when I was investigating UNRWA, of terrorist equipment and even terrorists hidden inside UNRWA property.  But I guess they didn’t know about any of it:

Ruthless manipulation of the people of Gaza by Hamas, which is praising the “martyrs” who stay in their homes even when the IDF warns them to leave to avoid danger:

“’Our mighty people presented a unique example of steadfastness and perseverance and are not affected or fearful from the psychological warfare of the Occupation,’ Hamas boasted. ‘They did not respond to calls from the Occupation to leave their homes – they stayed there and did not abandon them.’”
http://www.israelnationalnews.com/News/News.aspx/183018#.U8hfDJvlrIV

And then a horrible look at how their kids are influenced (appreciate it, Barbara):

Shabbat does approach, and I do not know that I will be able to post again before its advent.  I will post as I can – and as the situation requires it – in the days ahead.

~~~~~~~~~~
© Arlene Kushner. This material is produced by Arlene Kushner, functioning as an independent journalist. Permission is granted for it to be reproduced only with proper attribution.