Well, it’s New Year’s Day.  Knowing both how busy I am (it’s a “regular” day here), and how likely it is that many will be away from the computer for New Year’s Day, I was not going to write.  But my prime minister’s recent statement motivated (compelled?) me to do so.

First, let me wish everyone a happy secular new year.  It is never the wrong time for wishes for blessing and good things. 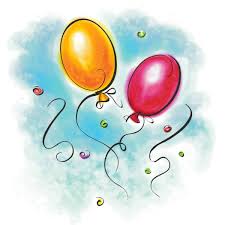 And to the subject at hand:

There has been a good deal of political discussion here of late regarding a Palestinian state — whether there is a commitment to one, whether it would good, whether we should support one, etc.

Minister of Education Gideon Sa’ar (Likud) said recently that a Palestinian state has never been part of the Likud platform.  Sa’ar is a big vote-getter and a good guy in Likud.

Then the political newcomer who is fourth on the Likud list and sure to be in the next government, Yair Shamir — son of former prime minster Yitzhak Shamir, wrote an op-ed about “Why I oppose a Palestinian state”:

“…we must remove the idea of a Palestinian state in our area from the Israeli agenda immediately, if not sooner.”

I regret that he spoke only in security terms, about what damage such a state would bring in its wake, and not about our rights to Judea and Samaria, but OK.  He is opposed.

And it was important that Shamir referred back to Yitzhak Rabin, who signed on to the Oslo Accords.  Many people imagine — this myth has been refined over time — that Rabin was solidly for a Palestinian state. But he was not.  Shortly before his death, Rabin spoke of what he envisioned with Oslo, which was an autonomy short of a full state.  In his article, Shamir presented evidence of Rabin’s opinion on the matter.

MK Tzipi Hotovely (Likud) ventured the opinion at Hebrew University yesterday that when Prime Minister Netanyahu spoke about a Palestinian state in his 2009 Bar Ilan talk, it was “a tactical speech for the world…Netanyahu made the speech in response to accusations from the Arab world and to expose Mahmoud Abbas, who refuses to recognize the Jewish state.”

Going good.  Her implication is that he wasn’t really devoted to that concept.

Of course, we also saw that President Shimon Peres made a statement about “peace” being a top priority, and referred to Abbas as a “partner for peace.”

But this is Peres, who, at 89, is not about to change. He’s one of those “head in an alternate reality” people and I sense that he really believes what he is saying.

Anyway, there were a number of responses to him.

Because I always enjoy a laugh, I rather liked the irritated reaction of PA negotiator Saeb Erekat, who observed that, “He’s meddling in Palestinian politics and deciding who can and who can’t be a party to talks.”  Peres should take a hint from this, but he won’t.

The most solid response to the president came from Habayit Hayehudi head Naftali Bennett, who declared, “enough already” with “peace process” talk.  The Oslo Accords, he reminded Peres, “brought us more than 1,600 murdered Israelis [via terrorist attacks].”

“Mr. President, it is clear that your intentions were good, but that does not make any difference. The time has come for some soul searching. Perhaps giving land to our enemies does not work?”

All of this said and done, a spokesman for the Likud-Beitenu joint list declared, in response to what has been going on, that Prime Minister Netanyahu stands by his support for a Palestinian state under the conditions described in his 2009 Bar Ilan talk.

Of course, then there were all the qualifiers: a Palestinian state will be possible when the Palestinians recognize Israel as the state of the Jewish people, will agree to the end of conflict, and will make appropriate arrangements regarding Israel’s security requirements (which includes demilitarization).

But it is with regard to this that I ask if the prime minister really really needed to do it.

Qualifiers aside, I see it as a huge mistake.

There are those now claiming that Hotovely was wrong —  that he is really supportive in principle of the idea of a Palestinian state and that his Bar Ilan speech was not simply tactical.

I am not sure that is correct.  Much that Netanyahu does is “tactical.”  He “plays” various situations for various purposes.  And I suspect the statement about his standing by his support is also tactical.  He has taken a tougher stance of late, saying that we will build in Jerusalem no matter what the world says, and so on and so on.

But he’s not ready to take that additional step.  He has, I would guess, sufficiently incurred the wrath of the world with the announcements about planning to build in E1 or establishing new neighborhoods in Jerusalem past the Green Line, so that he does not wish to push it further.

Netanyahu knows full well that there is not a snowball’s chance in hell that Abbas will come to the table and seriously negotiate that two state solution.  Thus, there is absolutely no risk to him on that score.  It’s a throw-away offer, meant, I believe, to show the world, still, that the PLO is at fault and he is willing.

If hell froze over and Abbas did come to the table, would Netanyahu negotiate a Palestinian state?  I cannot see into his heart.  But I believe if everything were equal he would rather do without it.  He’s not Livni, nor Olmert — he’s not pining to rectify the terrible “wrong” we have done in “occupying” “Palestinian land.”

But even if this is just tactical. It’s a terrible tactic. To me it smacks of groveling: See, see, how I am willing?

“I meant it when, over three years ago, I offered a Palestinian state, with appropriate conditions.  And I was the one — the only Israeli prime minister ever — who froze building in communities in Judea and Samaria for 10 months, because this is what Mr. Abbas wanted.

“And what have we gotten for it?  The PA still teaches its children that jihad is good and that Israel belongs to them.  It still venerates terrorists.  Venerates terrorists? It’s talking about a unity government with the terrorist Hamas.  In fact, Hamas is gaining strength in Judea and Samaria and intends to topple the PA there, as it did in Gaza. While, at the same time, the PA security forces have reduced security cooperation with Israel.  And as if this were not enough, Mr. Abbas acted unilaterally in a fashion prohibited by the Oslo Accords when he went to the UN.

“The PA, which is awash in corruption and as a result is falling apart fiscally, has done everything but build a state-in-the-making in positive ways and genuinely prepare its people for peace.

“I do not wish to kid myself or to delude my people.  There is no reason to entertain thoughts of a Palestinian state.”

In truth, he comes so very close to this.  Today, Netanyahu said:

“Everyone knows that Hamas could take over the Palestinian Authority.   It could happen after an agreement, it could happen before an agreement, like it happened in Gaza. Therefore, as opposed to the voices that I have heard recently urging me to run forward, make concessions, [and] withdraw, I think that the diplomatic process must be managed responsibly and sagaciously and not in undue haste.”

So, he demonstrates clearly what is not viable — but insists on referring to a “diplomatic process” as if there were one. There isn’t.

I mentioned above prominent members of Likud, such as Shamir and Sa’ar, who are against a Palestinian state.  And there are others. MK Ze’ev Elkin, Coalition Chair, for example, and Minister of Public Diplomacy Yuli Edelstein. More good guys.

Quite simply, a good number of the people in the Likud faction are unhappy with their leader right now. Tonight I spoke with someone who works within the party (not in an elected position) and he indicated precisely this to me.

And so this situation must play itself out. Because what we’re seeing is that the party of Naftali Bennett is gaining in the polls at the expense of Likud.

The Israeli electorate is moving right:

A poll just released by Israeli Channel Two Television indicates that 70% of Israelis (and this includes Arabs) do not think it’s possible “to reach a solution to the dispute with the Palestinians in the near future.”

While a poll announced by Israel Hayom yesterday indicates that “about 83 percent of Israelis believe pulling back to the pre-1967 armistice lines will not bring an end to the conflict nor a peace accord with the Palestinians.”