From Israel: “You Won’t See Me Dancing!!”

I had thought I would not write again until after Rosh Hashanah, but feel compelled to put out this posting on the new agreements Israel has signed with the UAE and Bahrain.

The signing on the White House lawn on Tuesday, September 15, generated an enthusiastic – even highly emotional – response from many supporters of Israel. The event was called “historic.” Some people told me they cried, because now Israel is accepted equally in the Middle East.   (Oh how strong is our longing for acceptance.) 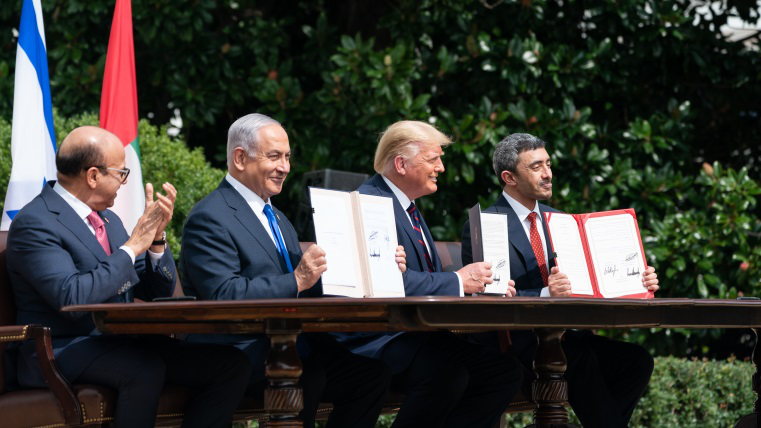 My take on what’s going on is different:

The accord with the UAE is more detailed than that with Bahrain.  I was not surprised, as there had been time for negotiations with the UAE, while Bahrain only came on board days ago.  The UAE accord is being termed a “peace treaty” and I begin by pointing out that this is a misnomer:

We were not at war with the UAE!! This is not like the peace treaties with Egypt and Jordan, which had both been enemies of Israel.  Israel already had under the table interactions with the UAE – in trade, sharing of Intelligence information, etc.  Considerable interaction, albeit quietly.

This is a very important point, not just semantics. When a true peace treaty is signed, it removes the threat of war.  As this was not the case here, we must ask how Israel has gained from this arrangement?

And then we must ask – as I had begun to suggest in my last posting – what have we given in return?

The Israeli-UAE deal is also being celebrated as “peace for peace.” And this, too, is not the case.  It is land for peace all over again, as part of the deal required us to “delay” any application of sovereignty in Judea and Samaria.

I saw action on this front coming just over a week ago, with a statement that Jared Kushner made during a press phone briefing:

The Trump administration’s peace plan, he said, was an attempt to “save the two state solution” because it stops Israel from further expanding its presence in the West Bank.

“What we did with our plan was we were trying to save the two-state solution, because… if we kept going with the status quo… ultimately, Israel would have eaten up all the land in the West Bank.”

How far off base this statement is!!

“….a lot of this land [Judea & Samaria] is inhabited with Israelis.”

“A lot”? Israeli communities and cities in Judea & Samaria – including built up areas and undeveloped areas within municipal borders – constitute some 5% of Judea & Samaria.  Surely Kushner knows this.

“…ultimately, Israel would have eaten up all the land in the West Bank [Judea & Samaria].”

But wait! There are hundreds of Palestinian Arab villages in Judea & Samaria, as well as a number of cities, including Ramallah, Bethlehem, Jericho, Tulkarm, and Nablus.  Just as surely Kushner is aware of these villages and cities, and of the impossibility of Israel “eating up all of the land.”

What made this doubly infuriating is that right now Arabs, funded by the EU, are illegally building in Area C, which according to Oslo is fully under the control of Israel. Their goal is to undercut the possibility of Israeli sovereignty being applied in this area.

Kushner was not playing straight; he was playing to the Arabs, bragging about how his team controlled Israel. This set off huge warning bells. 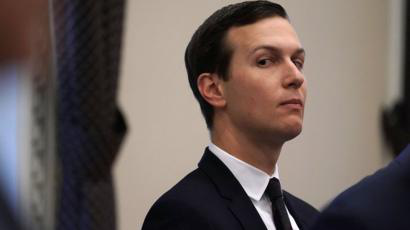 And sure enough, we saw Arab follow-through on this:

According to a report from Bloomberg – citing sources who had been briefed on the details of the agreement — the treaty between Israel and the UAE will be implemented incrementally, over three phases.

The report indicated that “the two countries will not exchange ambassadors immediately, but will begin with economic cooperation, followed by security and intelligence cooperation, and in the final stage, full diplomatic relations.

“The deal was constructed in such a way at the request of the UAE, which sought to ensure…that Israel does not apply sovereignty over parts of Judea and Samaria in the near future…”

I note here that the basic treaty has been made public, but there were appendices spelling out details which were not made public.  If this report is accurate, as I strongly suspect, we can see that this is NOT the normalization we were assured was coming.

A separate report by The Times of Israel indicated that in the telephone conversation between Netanyahu, President Trump, and UAE Crown Prince Mohammed Bin Zayed which laid the foundation for the peace deal, Netanyahu agreed to “suspend” his sovereignty plan, without specifying how long the plan would be frozen.

It should be noted that Trump had already been consulted by UAE officials and had assured them that he wouldn’t recognize Israeli sovereignty in parts of Judea & Samaria until at least 2024.

The treaty between Bahrain and Israel, for its part, refers to “continuing the efforts to achieve a just, comprehensive and enduring resolution of the Israeli-Palestinian conflict.”

At the White House ceremonies, the formal statement by Foreign Minister of Bahrain Abdullatif bin Rashid Al Zayani included this:

“…today’s agreement is an important first step, and it is now incumbent on us to work urgently and actively to bring about the lasting peace and security our peoples deserve. A just, comprehensive and enduring two-state solution to the Palestinian-Israeli conflict will be the foundation – the bedrock – of such peace.” 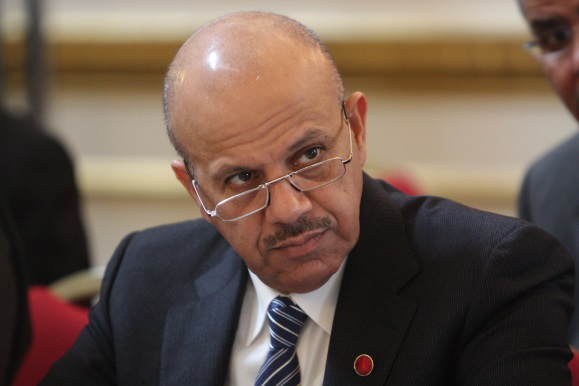 So we see the price that was demanded by the Arabs, and we understand that Israel (i.e., Prime Minister Netanyahu) agreed to pay it.

What did we get for it?  Pieces of paper. Promises about normalization some time down the road, trade, a public image of acceptance by Arab nations.

And understand that if Israel doesn’t arrive at a two-state solution – Heaven forbid! – then the UAE can always renege on its commitment for full normalization.  Kosher in the hotels is the easy part.

Dr. Moti Kedar, in an interview with Avi Abelow at the time of the negotiations before the treaties were signed, said that you should never give hard coin for something soft. 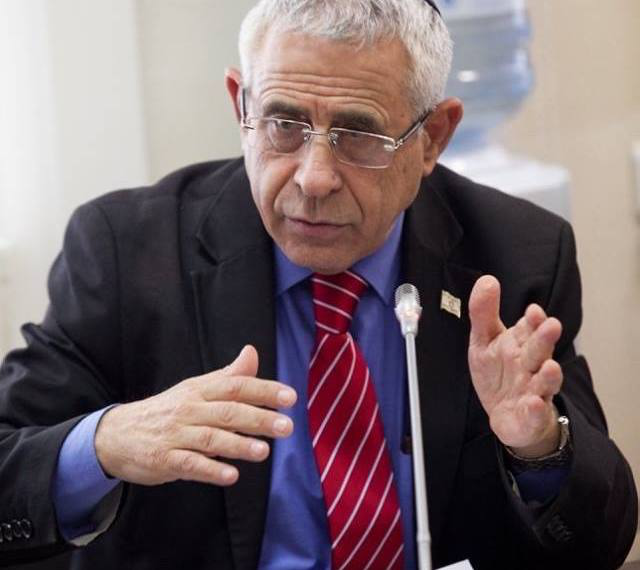 Yet that is precisely what we did.

Says Moti: Arab policy is built on sand dunes and it shifts with the wind.

It would be easy to say that we were “had” but I don’t see it that way.  Prime Minister Netanyahu went into this with his eyes open.  He assessed the trade-off as worth it.  Or, put another way, he allowed us to be had. 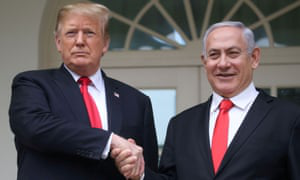 The prime minister is undoubtedly proud of his diplomatic involvement in this shift in Israeli relations with Arab states.  But, I would suggest, there is more.  At time when matters for him here at home are extraordinarily difficult, he was able to go to Washington and look like a winner.  Foreign Minister Gabi Ashkenazi observed that the foreign ministers of the other two states were present, but that he had not been included.  Sure not – this was Netanyahu’s day.  He loves the spotlight.

One major point remains here.  It would be stretching matters to say that the Arab states who signed with Israel are so devoted to the Palestinian cause that they were eager to make these arrangements with Israel.  There is more going on.

Again I refer to Kedar, who is clear-eyed about the situation.  The Arab nations, as we know, are terrified of Iran. There is not much more to be had from Israel.  We are already providing intelligence and certain kinds of security guidance. Under no circumstances would Israel defend Bahrain or the UAE militarily.

What the Arab states want, says Kedar, is Trump – who is tough on Iran — in the White House for another four years.  Biden/Harris coming in would be a horror.  Forging ties with Israel publicly is one of the routes they have chosen achieving this. Trump is delighted with his diplomatic success. What the Arabs hope is that with their action they have enhanced his reputation – and thus his chances for re-election.

As well, I will add, the UAE hopes that what they have done has enhanced their chances of securing those F-35 fighter jets they are seeking for a stronger defense against Iran.

I would point out here that it would seem Bahrain and the UAE badly wanted this deal.  And I would suggest that an Israeli prime minister with a spine of steel might have held out against the demands for freezing sovereignty.  There is reason to believe the Arabs might have come around in time even if the two-state solution had not been mentioned in the treaties.

And if they did not come around, then not.  We would have retained our rights to our land, uncompromised.  That is, if this was something the prime minister cared about enough to fight for it.

MK Bezalel Smotrich (Yamina), who pulls no punches, came forward with a statement:

“The signing ceremony of the peace agreement with the United States and Bahrain in the White House was certainly exciting. And it is still permissible and obligatory to ask what the price is. Whenever someone buys something new and nice you can congratulate him, but you can also ask how much it cost so as to be sure he wasn’t swindled or charged an exorbitant price.  These sorts of agreements come with a price.”

“Netanyahu is hiding it and that in itself is suspicious and worrying. And while he is hiding, the partners in the agreement, they explicitly say that a commitment has been made to stop the application of sovereignty and actually return to the leftist nonsense discourse on the Palestinian state.

“No one has the right to give up the Land of Israel. The entire Land of Israel is ours. A withdrawal from the path of sovereignty and a return to the Oslo route in exchange for this agreement is a terrible mistake. Unfortunately, after years of right-wing efforts to remove this Palestinian state nonsense from the agenda, Netanyahu restored the ‘land for peace’ equation…” (Emphasis added) 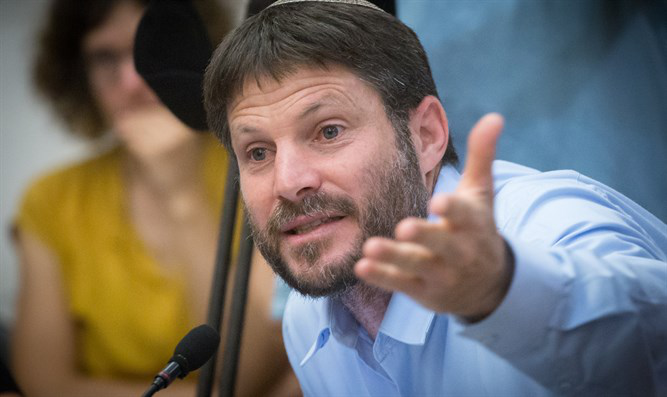 Yet another piece of the story – complex and not yet resolved – is with regard to the question of whether Netanyahu’s signature bound Israel to the agreement or if it still must be ratified by the Knesset.  The jury is out on this at the moment – I’m amazed at how many versions the media has proffered.  I’m in touch with two very knowledgeable lawyers on this issue and will provide updates.

Tied into this are questions about how sincere Netanyahu ever was about fulfilling his promises to establish sovereignty.  There is much evidence that suggests he was not.

May we use Rosh Hashanah to reflect on what truly matters.  A sweet New Year to all. 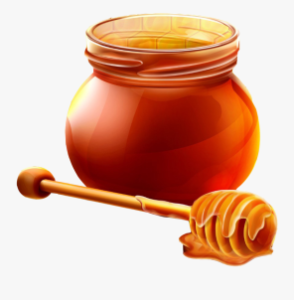