From Israel: What is Normal

We are back to routine after the Pesach week – and a splendid week it was in many ways.

I wanted to say we are “back to normal,” but it is unclear to me precisely what constitutes “normal.”  The balagan (confusion) of daily life, with its good and bad, is ever with us.

As I am working extensive hours with our tech person in refining the Legal Grounds website, my time for a posting today is limited. But I did not want to pass on doing one.

As to the site, it is looking great and I will “unveil” it for you when we are done.

One of the good things that happened this past week is that there was a 35% increase in the number of Jews who visited Har Habayit (the Temple Mount).  What is more, in an unusual and welcome move, the police blocked the entry of young Arabs who were suspected of planning violence, so that there were fewer attempted attacks on Jews on the Mount.

Not yet where it should be, but moving in the right direction. Increased numbers of Jews on the Mount should become the norm. 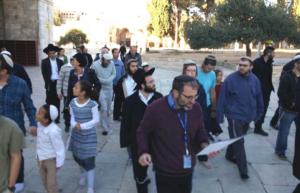 Returning to the Mount FB

Yet, with the good that came on Pesach, there was also the ugly.  Through painful experience we are steeled against the possibility of increased terror over the holiday.  That terror came to Jerusalem about noon last Friday:

Hannah Bladon, a British exchange student, 21, was stabbed on the Light Rail, near the Jaffa Gate of the Old City, and subsequently died. 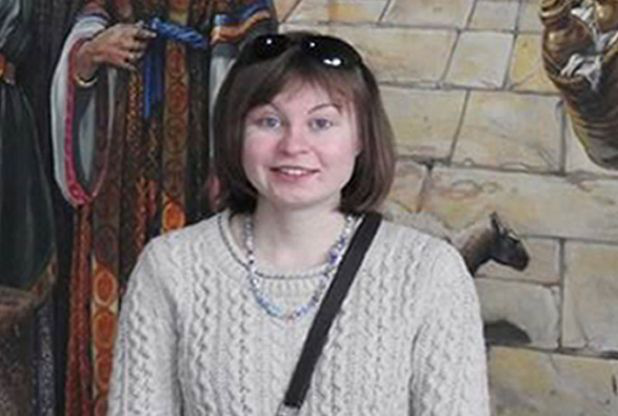 She was standing near the killer because she had given up her seat to a woman with a baby.

Her “devastated” family said she was “the most caring, sensitive and compassionate daughter you could ever wish for.”

There are no words, except to say, Dear Heaven, let terror attacks cease being “normal” for Pesach time, or any other time.

I have observed again, and again, that the victims of terror and their families tend to be special people.

Top of the news these last couple of days has been arch-terrorist Marwan Barghouti and the ever less reputable New York Times.

Barghouti is serving five life sentences in Israeli prison because of his involvement in the terrorist murders of five people. And that’s just the tip of the legal iceberg.  There are great many more murders with which he had involvement but which were difficult to document: Barghouti orchestrated the second intifada.

Once the head Fatah’s Tanzim militia, he is venerated within the Palestinian Arab culture. His incarceration is not seen as a cause for excoriation or shame.  He is hailed as a “freedom fighter” and his imprisonment actually enhances his stature on the street.

Incredibly, he is compared to Nelson Mandela, who was also in prison: 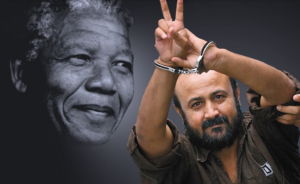 Every now and then, someone gets the idea that a good way to get Barghouti out of prison is to give him a political position within the PA.  After all, how could Israel keep him behind bars if he held a prominent position?  There was even a movement to promote him as president at one point not so long ago (a possibility that garners increased relevance now as Abbas is on his way out).

It is said that he would be a “unifying” figure. But unifying does not mean “peaceful,” by any means, as he calls for further uprising from his prison cell.  What he would presumably unify is “the resistance.”

It is exceedingly important to take note of what this says about Palestinian Arab culture, that this man is celebrated.

This comes as no surprise to me, and likely not to most of my readers.  The challenge is to reinforce this understanding with others who still imagine we have a “peace partner” in the PA.

Recently Barghouti observed that he was being sidelined within Fatah by Abbas and his cohorts. Barghouti associates were being excluded from Central Committee participation, and it has been increasingly clear that Abbas favors Barghouti adversary Jabril Rajoub as his successor. (I’ve written before about Rajoub in this context and will surely come back to the matter again.)  Barghouti had hoped to receive the position of deputy chairman of Fatah.

Determined to prevent the push into political irrelevance, Barghouti decided to gamble on doing something that would show him as a “leader” of the people and generate great attention:  He called for an open-ended strike of terrorists (“security prisoners”) in Israeli prisons.

The strike began on Monday, which, not incidentally, was “Day of the Prisoner.”  Close to 1,200 prisoners in some eight prisons, almost all Fatah, began to fast, but it is too soon to tell how many will hold out for a long haul. (Ramadan, still over five weeks away, apparently would cut into this strike with its religious fast.)

Abbas, whose control is being challenged with this gambit, made certain that he raised his voice in dramatic support of what Barghouti had initiated:  The world must “intervene” to “save” the prisoners, he declared.

Typical overinflated prattle from Abbas. But, naturally, the UN says it is watching the situation closely.

The demands of Barghouti and his strikers, who are claiming “humanitarian” suffering:

Public telephones for the use of security prisoners, just as criminal prisoners have; family visits twice a month, as was the case formerly, instead of once a month; the opportunity to take pictures with their families; an increase in the number of television channels; the right to do matriculation study, as was once permitted but no longer is. (It took a long time before the insanity of this was recognized and a halt was called to the practice.)

The standard of treatment for security prisoners in Israel, it should be noted, exceeds minimum Red Cross requirements, even with the above-mentioned cutbacks.

Remember that these are mostly people who either killed Jews, because they are Jews, or plotted to do so, or abetted others in doing so, building bombs and the like.  They were tried and convicted within a system of justice.  Erdan says simply, they are in prison to be punished – an obvious fact that seems to get lost.

What is most important is that Israel not cave to the demands of the striking terrorists. That would increase their leverage and give Barghouti a victory.

Right now it is looking as if Israel will hold strong. Let us hope:

The Israel Prison Service said they will take significant steps against the hunger-striking terrorists.  According to Public Security Minister Gilad Erdan (Likud), there will be no negotiations.

“Prisoners who decide to begin a hunger strike will be forced to face severe consequences. Striking and other ways of protest are illegal, and they will be punished according to the strictest letter of the law.” (Emphasis added)

Field hospitals have been set up for the striking prisoners, so that they might be attended to appropriately without overloading prison hospitals.

Barghouti has been moved from Hadarim prison to Kishon prison and is in solitary confinement. Other prisoners are being separated and may be transferred to different facilities as well.

What Barghouti has done in the prisons, however, is just one piece of the story.  The other part involves the New York Times, which on Monday ran an op-ed by Barghouti, “Why Are We on Hunger Strike in Israel’s Prisons,” in which he speaks of “Israel’s inhumane system of colonial and military occupation [which] aims to break the spirit of prisoners and the nation to which they belong…”

Obviously, Barghouti identified himself as a long-time prisoner.  But for all that he says in his op-ed, he might be a political prisoner, locked up because of his peaceful protest against the “occupation.”

The outrage, and it is nothing less, is that the Times did not clarify the fact that he is in prison because he killed Jews in terror attacks.

In fact, at the bottom of the piece, it said: “Marwan Barghouti is a Palestinian leader and parliamentarian.”  Whoever wrote this was out to give him exactly what he wanted.

Needless to say, there was fury aplenty here in Israel and elsewhere.  One commentator opined that this weakens the Times’s credibility.  But I would disagree: the Times has no credibility.

Its anti-Israel position has been apparent for some time, but this is over the top irresponsible journalism.  I doubt that I would have written in as much detail about Barghouti and the strike, were it not for my belief that it was necessary to set the record straight for anyone who might have seen the original op-ed.

In response to the furor over the op-ed, the Times added a brief explanation at bottom, but it was too little, too late, in my opinion.

Barghouti is being handled with greater stringency because of the op-ed, and Erdan has ordered an investigation of how Barghouti managed to get his writing to the Times.  It is thought likely that it was passed via his lawyer or his wife.

That is the irony, you see: with all the screaming about “repression,” these “security prisoners” often have excessive latitude in terms of what they can manage to pull off.  There have been instances of terror attacks managed from inside a prison, with the use of cell phones that were smuggled to the prisoners.

In closing, I will simply say here that I am delighted that there is “a new sheriff in town.” 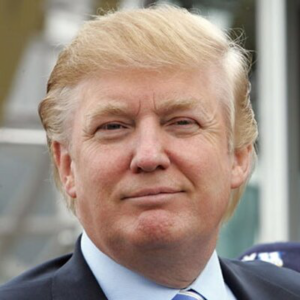 The dropping of the “Mother of All Bombs” on the hills of Afghanistan in ISIS territory last week sat very well with me.

It was obvious to all commentators, I think, that this military action was intended to do a whole lot more than take out a handful of ISIS terrorists.  Trump’s message was undoubtedly heard in Iran, and in Syria, and in North Korea.

“I’ve done more in eight weeks than was done in the last eight years,” he said.  And from my vantage point it surely is so.  Instead of worrying about the growing strength of lethal enemies, I begin to see the possibility of a saner, safer world.

I liked Vice President’s observation to North Korea that the “era of strategic patience is over.”  And his warning that it would be wise not to test Trump, as all options are on the table.

I watched a segment of an interview of the president with regard to how North Korea will be handled, and I found him to be totally in control and dealing most appropriately:  He does not tell anyone what he intends, he said.  This is as it should be.

Perhaps the new normal will be a time of increased hope and sense of security.