From Israel: ”Urgent – Know Who Kamala Is!!”

Never has there been such a focus on the selection of a vice presidential candidate as there has been with regard to Biden’s announcement this past Wednesday of Kamala Harris as his running mate in the presidential election. 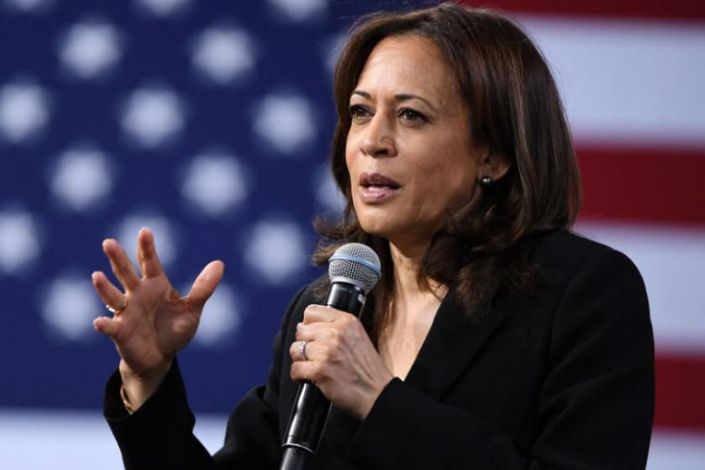 The situation is so outrageous that in a video clip of Biden calling Kamala, to tell her that she had been selected, notes – a script — could be seen on his desk, to which he referred as he spoke to her. 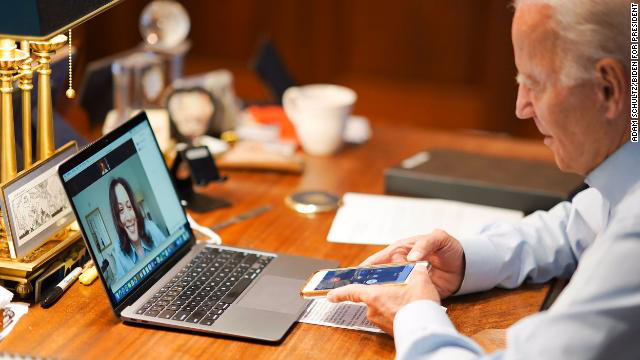 And the question that has been asked in response to this is how he can run the country, when he cannot talk to Kamala without notes.  The answer is that he cannot.

What this means is that a vote for the Biden/Harris ticket is a vote for Harris to possibly take over at some point in the not distant future (putting aside here what would obviously be Obama’s huge role in behind-the-scenes management).  Biden is merely a place holder. And Harris must be scrutinized with diligence with regard to who she is and what she stands for.

We have it from Barack Obama’s former political strategist and Chicago pal David Axelrod that Harris was not Biden’s first choice.  She was chosen because she was the “safe” choice, in part presumably because she is “moderate” (and I will get to this).  Axelrod tells us that Biden would have preferred Gov. Gretchen Whitmer of Michigan, but (shock and horrors!) she was white.  Biden had promised that he would select a woman of color, and in certain circles this was expected. It was considered a smart move in order to bring in the black vote.

I am – as many of you may be as well – deeply offended by the use of gender and race as the primary criteria for selecting someone who will hold a high office. But so race- and gender-conscious is America today that this is the way it is.

It was the case 12 years ago, as well, with regard to race, when Obama ran for the presidency. He was promoted as the man who would be the first black president: He focused entirely on his “black” identity, even though his mother and her parents, who raised him, were white.

To be opposed to Obama meant you were a “racist.”  I have a memory of one Obama supporter declaring to me defiantly, “I worked for the civil rights movement 20 years ago and nothing is going to stop me from voting for a black president now.”  I told her that she was a racist, a comment that did not go over well.  I am absolutely convinced that Obama would not have spent eight years in the White House if not for the color of his skin; he sure didn’t have experience or credentials that merited his being elected. 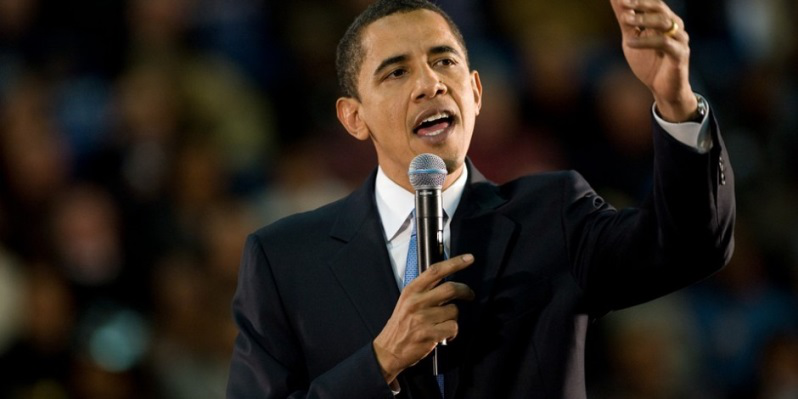 The bitter irony is that black Americans saw him as one of their own, but he wasn’t. His father was from Kenya and he did not share the Afro-American sensibility or experience. And in the end he sorely disappointed black Americans because he didn’t act on their behalf at all.

We might have hoped that the nation would have matured beyond that thinking at this point, but it’s actually far more “identity” driven than ever. The issue of “identity” is a sickness.

And this leads me to my first comment regarding image and how Harris is being packaged. She has an Indian mother and a father from Jamaica – as I understand it, from comments he has reportedly made, tracing his line back to the offspring of a slave holder and a slave. Her parents were divorced when she was young; she was raised by her Indian mother, and occasionally visited family in India. I certainly have no issue with this – not at all.

But she is being promoted as black, to appeal to Afro-Americans.  And there needs to be clarity about this.

Apparently black voters are not being taken in by this: a very recent Rasmussen poll shows that one-third of black voters say Harris as the vice presidential candidate makes them less likely to vote for Biden.

There is another aspect to how she is being promoted, as well: Harris is married to Douglas Emhoff, a Jew, and she is stepmother to Emhoff’s two grown children. 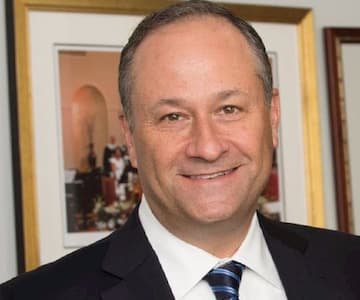 So she should appeal to Jews as well as black Americans, right?  Take a look at how this is being played. On Friday, the Jerusalem Post carried an article from JTA; it featured this headline:

“Mamele, which uses the affectionate Yiddish diminutive -le, literally means “little mama” and is a term of endearment for moms.”

How sweet, you may think, that her stepchildren refer to her this way.  Except that it’s not so! Those who take the time to actually read the article will learn that she is referred to, not as “mamele,” but as “momala”:

“Despite the fact that their father…is Jewish, it’s unclear if they realized their nickname for their stepmom is the exact pronunciation of an endearing Yiddish word: ‘mamele’.” (Emphasis added)

More than a bit of dishonesty in packaging there.

Please, open the link, immediately below, and scroll down to the last video clip, in which Harris describes her first meeting with her mother-in-law; watch it to the end – it’s only 1.25 minutes. It is being presented as something amusing, but I find her public mocking of her husband’s mother to be disgusting. This is a window onto the true, caustic nature of her character.  Great closeness to her Jewish family by marriage, indeed!

I note here as well that frequent media references to Kamala’s “Jewish family” lead to the assumption that her stepchildren are Jewish – but they are not. Their mom, Kirsten Emhoff, is Christian.

Too much is being made of Kamala’s connection to “Jewishness.”

But all of this is background.  More important to know what Harris believes and what she stands for.  Kamala Harris is one of those politicians who stands for different things at different times. Yet there is definitely a pattern.

She is being identified as “moderate,” and perhaps at one time she was, but as the Democratic Party has shifted leftward so has she.

Caroline Glick refers to this phenomenon in her recent piece on Harris (emphasis added):

“While the progressive media refer to Harris as ‘a moderate,’ since her election to the Senate in 2016, Harris has racked up one of the most radical voting records in the upper house. She supports revoking all limitations on abortions. She supports harsh limitations on the right to bear arms. She supports banning oil fracking and ending energy exploration on federal lands.”

The movement leftward can be seen in her positions on Israel and anti-Semitism, as well:

“Harris was considered the most ‘pro-Israel’ candidate among the women Biden was considering selecting as his running mate. Her pro-Israel credentials derived mainly from the fact that she did not speak at the anti-Israel lobby J-Street’s annual conference and that she agreed to address AIPAC’s policy conference in 2017.

“But as the Democrat Party openly adopted an increasingly anti-Israel position over the intervening years, Harris reduced her support. In 2018, as the midterm election raised the profiles of radical Israel hating candidates, Harris only agreed to speak at the AIPAC conference on the condition that her remarks not be made public.

“Along with all the other Democrat presidential hopefuls last year save for Mike Bloomberg, Harris refused to speak at the AIPAC conference on any terms.

“Not only has Harris refused to condemn Reps. Omar and Tlaib for their repeated anti-Semitic statements. Harris warned the Jewish community against protesting Omar’s anti-Semitism saying ‘the spotlight being put on Congresswoman Omar may put her at risk.’

“The fact that Omar’s unbridled anti-Semitism was putting American Jews at risk apparently made no impression on Harris.” 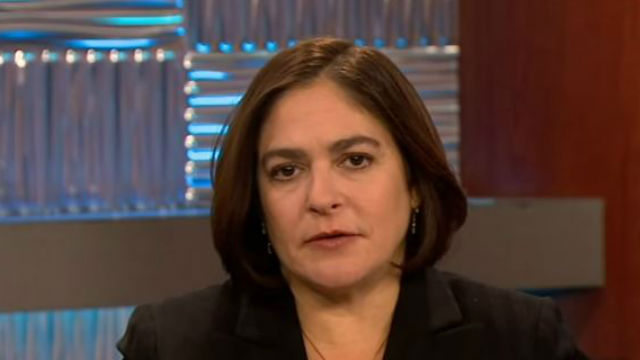 Wayne Allyn Root says that “Harris has the most liberal voting record in the U.S. Senate, to the left of Bernie Sanders”:

“She supports Medicare for all, free health care for illegal immigrants, open borders, the insane Green New Deal with a $90 trillion price tag, free college and gun confiscation.” (His link is above.)

It’s that matter of gun confiscation that I want to look at a bit more closely.

During one of the presidential primary debates last summer (when Harris was still hoping to become the Democratic candidate for president), Joe Biden – looking sharper than he appears now – came out very properly defending limits placed by the Constitution, in this case the Second Amendment, on gun confiscation by executive order.

“You can’t do that,” he declared. “Let’s be constitutional.  We’ve got a Constitution.”

You will find the video of this here.  Scroll down.

There is a great deal we might focus on with regard to dubious conduct by Kamala Harris during her time, before she became a senator – first, as San Francisco’s district attorney and then, as attorney general of California. That conduct reflects seriously upon her competency and suitability for high office: she seems to have a propensity for playing fast and loose with the rules, whether we are speaking of the Constitution or a Supreme Court ruling.

“While district attorney for San Francisco, Kamala Harris withheld evidence that could have exonerated defendants on multiple occasions, in violation of a key due process ruling by the Supreme Court.

“Between 2004 and 2010, Harris’s office failed to inform defense attorneys about criminal and professional misconduct records that raised questions about the credibility of government witnesses. The lapses led to the dismissal of nearly 1,000 cases and a scathing 2010 ruling by a Superior Court judge that accused Harris’ office of breaching due process rights.

“Legal scholars told the Washington Examiner that Harris’ office appeared to have violated the Supreme Court’s 1963 Brady v. Maryland decision. The ruling held that prosecutors must turn over potentially exculpatory evidence to the defense.”

The question, then, is whether it can possibly be considered a wise move – for the sake of the country – to vote for the Biden/Harris ticket. In the end it is not just about giving Harris a shot at being vice president and then subsequently president. It is about something a great deal bigger. 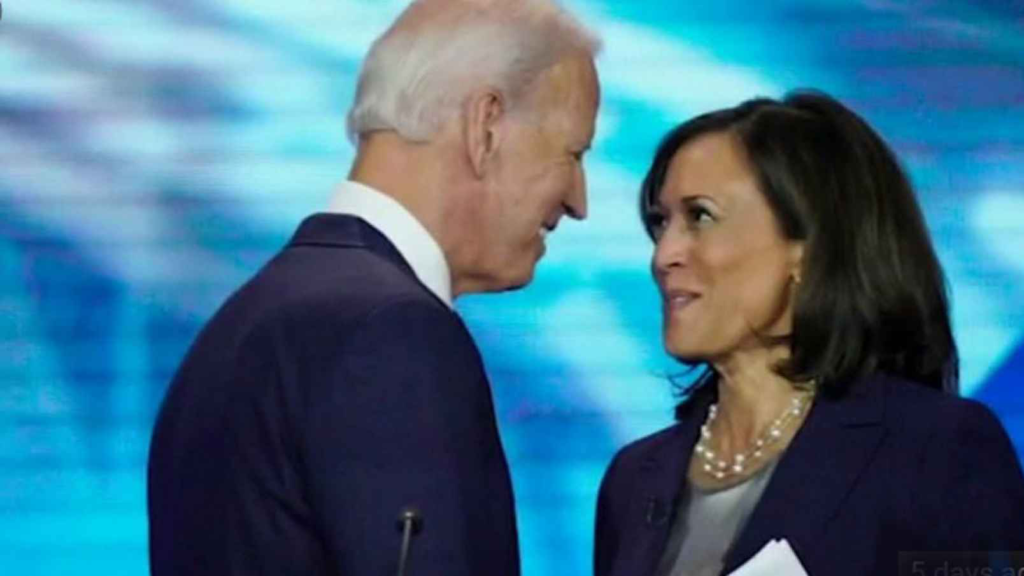 In the end, says columnist Ruthie Blum, “the upcoming presidential race is not a contest between Trump and Biden, but rather a war between two completely antithetical worldviews: one that embraces traditional American ideas and ideals, and another that favors the “cancel culture” revolution.

Blum considers the Democratic Party platform, which seeks to “repair the soul of this nation…to forge a stronger, brighter and more equitable future…right the wrongs in our democracy, redress the systemic injustices that have long plagued our society…and reinvent our institutions at home and our leadership abroad.

“We do not simply aspire to return our country to where it was four years ago. We know we must be bolder and more ambitious.”

“In other words,” writes Blum, “their task at hand, their plan…is to overhaul the very nature of the country, which they see as evil… (Emphasis added here and above)

If Biden/Harris win, says Blum, they will have been “the Trojan Horse that ushers in the anti-American, anti-Israel leftists who dominate the discourse of their party.” 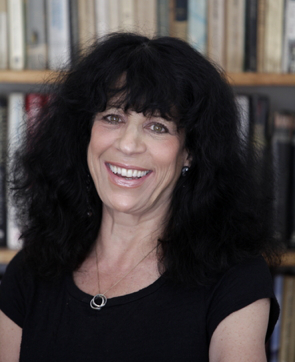