From Israel: “Throw Up Your Hands!!’

A powerful symbol: the reaching up of hands. It means so many things.  I reflect on this, as I begin a new posting: I see the negative – resignation, and the positive – celebration. I touch on both here. 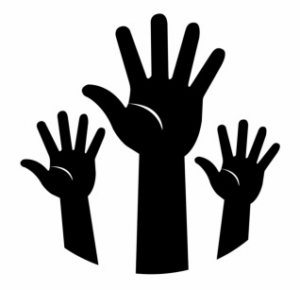 Before writing about anything else, I share a link to a series of 20 very short videos (most no more than two to three minutes long) of Americans recalling their roles in the founding of the State of Israel.

This is from a project called Toldot Yisrael (Chronicles of Israel) ‒ which you can find at https://www.youtube.com/user/ToldotYisrael.

More than 1,000 video interviews with those who were involved during the pre-State struggle and the momentous events of 1948 have already been conducted. The project hopes to do hundreds more over the next several years – while it is still possible.  I have some of their videos on my website, but not these; many are quite powerful and moving.

Yes! Yes indeed! Raise hands high in gratitude for what they accomplished.  Here is a perspective that strengthens and motivates us as we deal with today’s nonsense.  (Thanks to my sister Loretta for calling my attention to this particular series of videos.)

Of course, sometimes when we throw up our hands, it is to say, “Enough already!”

That certainly applies to the current campaign for the March election. I had said I would not dwell on it extensively, and I will try not to: the message is neither upbeat nor inspiring.

Rafi Peretz, head of Habayit Hayehudi, wants to cancel the primary and retain the current party list with himself as head; this is leading to major protest within the party.

Bezalel Smotrich, head of National Union, on the other hands, has declared that Habayit Hayehudi and National Union are so very similar that they should merge and hold a joint primary for a new list. Otzma Yehudit should join this as well, to add strength to the religious right; this is what Otzma head Itamar Ben Gvir would like to see happen.  A joint list is important to ensure that the religious right passes the threshold.

The New Right – the party of Naftali Bennett and Ayelet Shaked – announced intention to run alone more than three weeks ago; because of Bennett’s increased visibility as Defense Minister and his projection of a tough image it is expected to do far better than it did the last time around – when it didn’t pass the threshold. The party hopes to draw potential supporters of Blue & White and of Lieberman’s Yisrael Beitenu.

However, the ads for the party seem to be featuring only Bennett, without mention of Shaked.  A report from Times of Israel offers what may be an explanation.  Apparently Lieberman offered Shaked the number two spot on his list, with a promise to join the right wing bloc after the election.

That thought is fairly nauseating, but thankfully she refused.  What she did say, according to the TOI report, is that she “prefers to remain with the joint Yamina slate.”  Does this mean she will be leaving the New Right for a place on a joint religious Zionist list?  It is doubtful that the New Right will join, as it seeks to present a different image. 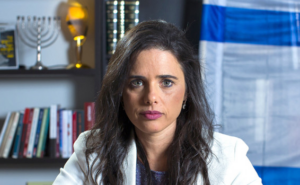 This attempted maneuver by Lieberman has further exposed just how manipulative and self-serving he is.  Now he offered to join the right wing, but when he could have done so to prevent elections, he chose not to. His obvious hope was that he would gain additional mandates with Shaked in his party, and thus would be able to demand additional portfolios.

The Likud will be holding a primary next week and Gideon Sa’ar is campaigning tough. He has come out solidly against a Palestinian state, which is good, although I cannot say the same for what he says about Netanyahu. A handful of leading Likud MKs, ministers, etc., have come out for Sa’ar, but the expectation is that Netanyahu has it sewed up; Sa’ar may be campaigning to give himself a power base and credibility for the next go round.

There are charges from the Sa’ar camp that Likud has purged its membership list of several thousand members prior to the primary, but this is being denied vigorously by Likud.

What is most painful to observe is the manner in which Netanyahu’s enemies are attempting, still, to utilize the indictment to bring him down. The most recent question raised is whether he can form a new government while he is under indictment.

See a commentary on this: “The anarchy of Netanyahu’s adversaries…The prime minister’s opponents are willing to disregard the Basic Laws as they try to set legal precedent that will send him home.”

A battle is currently being waged between interim Minister of Justice Amir Ohana (Likud) and Attorney General Amichai Mandelblit regarding selection of a replacement for Shai Nitzan, who retired from his position as chief prosecutor earlier this week.  Mandelblit refuses to allow Ohana to make any selection of which he does not approve, in spite of the fact that it is the Justice Minister who has the authority to act here.

Mandelblit earlier claimed there was a “legal impediment” to Ohana’s pick, Central District deputy prosecutor Orly Ginsberg Ben-Ari, because it was beyond the scope of what is permissible for an acting minister in a transitional government.

Ohana, who said he is not seeking a face-off with Mandelblit, indicated that he had attempted to win the attorney general’s approval for his candidate. Mandelblit, however, would only approve one potential candidate out of all the many eligible prosecutors within the State Attorney’s Office.

“This is absurd…His opinion is extremely unreasonable.”

This is a reflection of Mandelblit’s proclivity for over-stepping his bounds.  It is a power play that at its core reflects tensions between left and right. I see it as a paradigm for a great deal that is going on at present, with left wing members of the legal/prosecutorial establishment attempting to hold sway.

Ohana (pictured) is one of my heroes – and I sure don’t have many: I have known for years about his sincere devotion to the State, and now we see that he is strong and tough.

“It will be a mistake if the attorney general doesn’t change his opinion,” he said. “I don’t intend to bow my head to someone who is not authorized to decide on this appointment.” (Emphasis added)

He indicated that he is prepared to defend the appointment if it is appealed to the High Court of Justice, and it seems he will have to do just that. 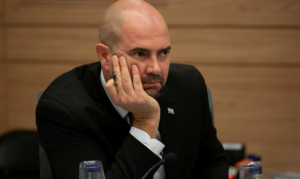 As I write this, there is a report that the High Court has suspended Ohana’s appointment pending a hearing.  The petition to the Court was brought by the Movement for Quality Government in Israel – a group that sounds benign but is bad news from where I sit: they were instrumental in organizing a rally demanding that the prime minister step down.  I have no doubt but that there will be an effort to dig up information against Ben Ari.

And yet, with all of this, I must say that our political situation does not look that bad, compared with what is going on in the US with regard to the impeachment of President Trump, an ugly sham proceeding. It is shameful and outrageous.

Noted attorney and law professor emeritus Alan Dershowitz has spoken out strongly against the impeachment:  “These two grounds [of impeachment] — abuse of power and obstruction of congress — are not among the criteria specified for impeachment. Neither one is a high crime and misdemeanor. Neither is mentioned in the constitution.”

See him interviewed in this video – you may find it very enlightening – and share, please. 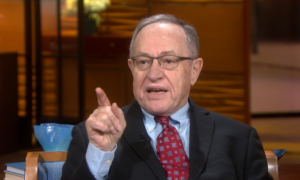 After Secretary of State Mike Pompeo announced a change in US policy regarding the legality of Jewish communities in Judea and Samaria, 106 Congressional Democrats sent him a letter, drafted by Michigan Congressman Andy Levin, demanding that the Trump administration retract its new position.

Pompeo has now responded to that letter, and you can read about it here:

What I want to focus on is one very misinformed charge made by Levin in his letter with regard to a clause in Article 49 of the Fourth Geneva Convention.  This clause is often cited by those arguing that Israeli presence in Judea and Samaria contravenes international law – which is why it is important to be properly informed on the matter.  The clause states:

Pompeo declared that the Trump administration “has thoroughly reviewed and analyzed this issue and we respectfully disagree.”  But he does not elaborate on why.

In an analysis that was done for the Jerusalem Center for Public Affairs, Ambassador Alan Baker, an expert on international law, did elaborate:

He referred first to the authoritative and official commentary of the International Committee of the Red Cross, which provided clarification of the intent of the clause after it was drafted in 1949.  Says Baker, that commentary indicates that:

“Article 49 relates to deportations, meaning the forcible transfer of an occupying power’s population into an occupied territory. Historically, over 40 million people [during WWII] were subjected to forced migration, evacuation, displacement…”

He then cited the late Prof. Eugene V. Rostow (pictured), who served as dean of Yale Law School and Undersecretary of State:

“[T]he Convention prohibits many of the inhumane practices of the Nazis and the Soviet Union during and before the Second World War – the mass transfer of people into and out of occupied territories for purposes of extermination, slave labor or colonization, for example….The Jewish settlers in the West Bank are most emphatically volunteers. They have not been “deported” or “transferred” to the area by the Government of Israel, and their movement involves none of the atrocious purposes or harmful effects on the existing population it is the goal of the Geneva Convention to prevent.” (Emphasis added) 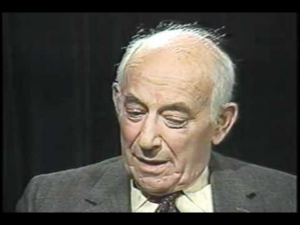 Earlier this week, a Lebanese (pro-Hezbollah) TV station, Al-Mayadeen, claimed it had obtained a copy of Trump’s “Deal of the Century” and began to leak purported details – which were carried by various media sources.

A bit of a panic ensued because of the nature of those “details.”  It was my intention to advise my readers to stay cool, first because the details had not been confirmed by any reliable source, and then because what was being outlined simply did not sound right. A three-way deal including Hamas?

In the meantime, the Trump administration has officially denied the report.

The lesson here is a good one, however: it is best not to over-react to speculation and rumor.

The Shin Bet, working for months with the IDF and Israel Police, has exposed the extensive and well organized terror infrastructure belonging to the Popular Front for the Liberation of Palestine (PFLP), which carried out the bomb attack in at Ein Bubin spring near Dolev last August that killed Rina Shnerb z”l, 17, and wounded her brother and father. 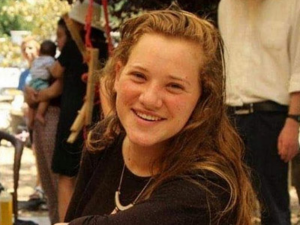 About 50 activists were arrested. In the course of their interrogation by senior Shin Bet commanders, it was learned that this group had carried out other shooting attacks and planned more significant attacks in the near future.

It sometimes takes time, but we do get them – this was an enormous and important operation.

We should perhaps raise our hands to Heaven in gratitude that an enormous loss of life was prevented, and with prayers to the Almighty that we remain strong and safe.

Hamas is using Istanbul as a base of operations, with the sanction of the Turkish government.  A new report—relying upon Israeli and Egyptian intelligence—has been released that exposes Hamas plans to assassinate Likud MK and former mayor of Jerusalem Nir Barkat, and former MK and Temple Mount activist Yehuda Glick.