From Israel: “The Really Big Fly in the Ointment!!”

I am a strong supporter of President Trump, as my readers know.  Starting with cancellation of the Iran agreement, he has taken bold and constructive stands on many issues. 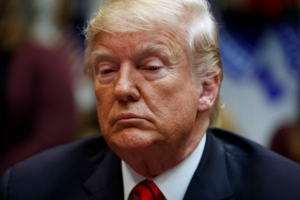 But the “Deal of the Century”—which he undoubtedly considers to be bold and constructive and which has major good points—also has a significant flaw.  A fatal flaw, in terms of the plan’s final objectives.

Donald Trump is a pragmatist and a business man accustomed to forging major, challenging deals.  He is not an ideologue.  Because of this he imagines that with practical steps and the promise of the infusion of $50 billion dollars into the Palestinian Arab economy he might in due course bring the Palestinian Arabs around.

What I assume he and his associates who crafted this plan do not adequately grasp is the fact that should Abbas, or his successor, agree to the terms of the plan, he would be dead. Literally.  Because those who would kill him are passionately devoted to their “cause” and care not a whit about better lives for the young Palestinian Arabs that Trump has now spoken about.

Here I offer my preliminary comments on the “Deal,” which the president unveiled at noon in Washington today, January 28. There is much more clarification needed and additional commentary will follow.

The Palestinian Arabs have been given four years to agree to this plan for “a two-state solution.”  In the end, if they consent to a number of stringent provisos – relinquishment of terrorism; cessation of all incitement against Israel; as well as cessation of all payments to prisoners and their families; recognition of Israel as the Jewish state; Hamas surrender of all weapons; etc. etc. – they would have a state in 80% of Judea & Samaria, which would be all of Areas A and B, and part of Area C.  Their capital would be in neighborhoods of eastern Jerusalem beyond the security barrier.

Israel will be required to relinquish no communities in Judea & Samaria, but there will be a freeze on all building for the duration of that four years.  Jerusalem will remain the undivided capital of Israel. And there is an acknowledgement by the US that Israeli sovereignty will be applied to the Jordan Valley and all of those Judea & Samaria communities.

Prime Minister Netanyahu has indicated that he will bring this to the Cabinet on Sunday.

Prime Minister Netanyahu, who stood next to the president during this momentous announcement, was positively glowing. When he spoke, he was exultant, thanking Trump again and again for this move, which is historic. 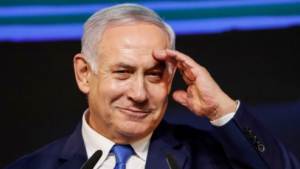 He is not wrong about this.  It is indeed historic that there should be recognition of Israeli sovereignty over land beyond the Green Line:  A recognition of our rights that is way past due.

What the prime minister also did, however, is state a willingness to negotiate directly with the Palestinian Arabs (I am assuming, if they first agree to the provisos) and to work with the American administration in refining the details of the maps that have been drawn up.

I can hear him saying to himself, What the hell, the Palestinian Arabs are not ever going to agree to the president’s terms, and there is never going to be a Palestinian state, so let me come on board with the president in a positive way and secure the historic recognition of our sovereignty over at least part of Judea and Samaria without delay.  It could then be assumed that after four years, movement to apply sovereignty over additional parts of Judea & Samaria would be possible.  Trump has indicated that the plan does not proceed without Palestinian Arab cooperation.

This, too, is pragmatic thinking that ignores or brushes aside ideology.  For anyone truly committed to Israel’s legal and historical rights to the Land, and I certainly include myself here, the very suggestion of establishment of a Palestinian state on part of Judea & Samaria is unacceptable in principle.

This is the message that is coming out now in statements from the political right (Yamina) and the leaders of the Jewish communities in Judea & Samaria – YESHA, etc.  Yes, to application of sovereignty, not to a Palestinian state.

President Trump spoke many times about the fact that the security of Israel would be protected.  That the IDF will continue to do its job over the next four years is a given.

The unsettling question is what happens at the end of the four years, in the exceedingly unlikely event that a Palestinian state should be established. And this point requires clarification.  I am assuming that references to a Palestinian state indicate a sovereign state.  Certainly the IDF would have no latitude inside that state.

At one point, Netanyahu referred to the need to maintain an Israeli presence in parts of Judea & Samaria so that Israel can defend itself by itself – the implication here is from outside the borders of the Palestinian state.  At another point there was reference to Israel maintaining security from the river to the sea, I believe this referred only to the fact that Israel would be in the Jordan Valley, adjacent to the Jordan River.

I heard no reference to a “demilitarized” Palestinian state during tonight’s statements, but this is a term that had been utilized frequently in commentary leading up to the president’s announcement.  Here I would like to address the concerns about Trump’s plan from a security perspective, and then return with follow-up.

I referred above to the ideology of the Palestinian Arabs, who are carrying on and inciting violence in response to the president’s proposal as I write.  Is there even a remote possibility that they might find a way—after their initial hysteria—to accept what is outlined in the “Deal” in terms of the borders that would define their state?

For this we need to look at relevant clauses of the 1968 Palestinian Liberation Organization charter, which is still in effect.

I am drawing here on the PLO document because the PLO is the organization recognized as representing and negotiating on behalf of all Palestinian Arabs.  While there is considerable overlap in leadership, making it all a bit confusing, the Palestinian Authority (PA) was established only as an interim administrative entity under the umbrella of the PLO.

Article 1: Palestine is an Arab homeland…

Article 2: Palestine, with its boundaries at the time of the British Mandate, is a(n) indivisible territorial unit.

Article 3: The Palestinian Arab people has the legitimate right to its homeland…

Article 4: The people of Palestine determine its destiny when it completes the liberation of its homeland…

Article 17: The partitioning of Palestine, which took place in 1947, and the establishment of Israel are illegal and null and void, regardless of the loss of time, because they were contrary to the will of the Palestinian people and its natural right to its homeland…

Article 18: The Balfour Declaration, the Palestine Mandate System, and all that has been based on them are considered null and void…

Article 25: This Organization is in charge of the movement of the Palestinian people in its struggle to liberate its homeland…

We see then that the PLO recognizes all of the land from the river to the sea as being part of the “Arab homeland,” to which the Arabs have a right and which must be liberated.  Acceptance of just part of Judea & Samaria as the Palestinian homeland would be unacceptable.  It would be utilized as a springboard for launching attacks to liberate more of the land.

Lastly, I want to consider the words of Louis Rene Beres, a professor emeritus in international law, with regard to why the notion of a demilitarized sovereign state is simply not tenable.  The article from which I cite was written in 2017 (emphasis added).

“On June 14, 2009, Israeli Prime Minister Benjamin Netanyahu first agreed to accept a Palestinian state, but at that time also made any such agreement contingent upon prior Palestinian ‘demilitarization.’ More precisely, said the Prime Minister: ‘In any peace agreement, the territory under Palestinian control must be disarmed, with solid security guarantees for Israel.’”

As to why these guarantees would prove insufficient:

“In essence, as a now presumptively independent state, pre-independence compacts might not legally bind Palestine…true treaties can be binding only upon states, an agreement between a still non-state Palestinian Authority (PA), and an authentic sovereign state (Israel), would have little real or tangible effectiveness…

“Alternatively, it could point toward what international law calls a ‘fundamental change of circumstances’…the new state of Palestine could point to alleged errors of fact, or to duress, as perfectly appropriate grounds for terminating the problematic agreement…

“There is more. Any treaty or treaty-like agreement is void if, at the time it was entered into, it conflicts with a ‘peremptory’ rule of general international law (jus cogens) – a rule accepted and recognized by the international community of states…Because the right of all sovereign states to maintain military forces essential to ‘self-defense’ is certainly such a peremptory rule Palestine…could seemingly be within its right to abrogate any arrangement that had earlier compelled its demilitarization.” 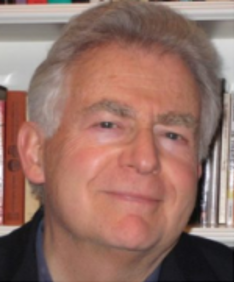 Israel would be very ill-advised indeed to depend on agreements regarding a demilitarized Palestinian state, whatever the guarantees.