From Israel: “The Intolerable and a Modicum of Trust!!”

It is such an enormously tangled time.

I want to begin by sharing something that is a source of enormous pride.  It bolsters us as we face that tangled state of affairs.

Last week I wrote about a terror attack – the car ramming of IDF recruits not yet sworn in.  Three of the six injured were released on crutches in time for the swearing in ceremony that was held that evening (Thursday).

Here you have a picture of one of those wounded recruits saluting an officer. 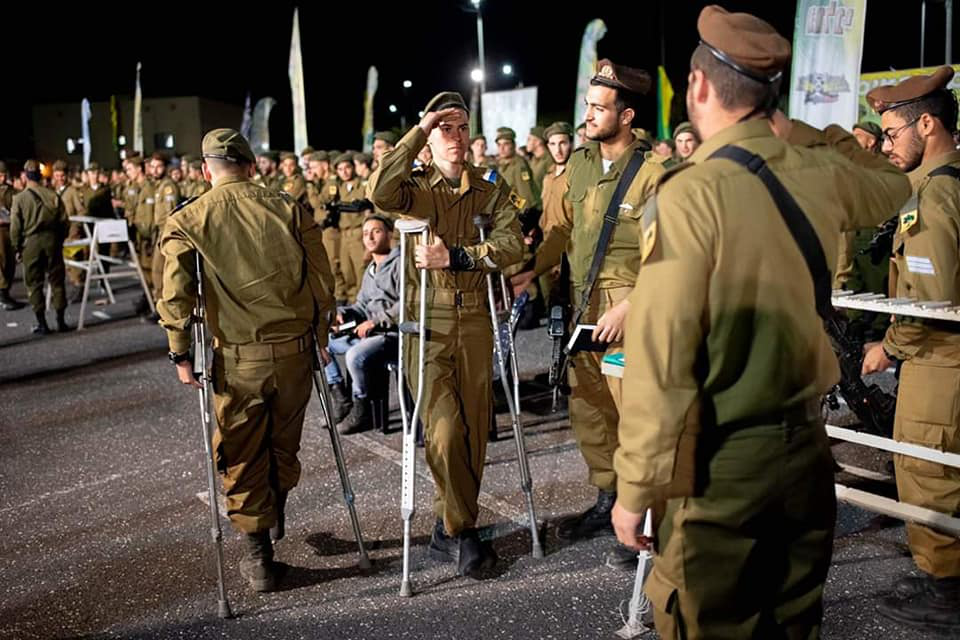 As long as we have soldiers of this caliber, our enemies will never beat us.

Pray, please, for the one soldier who was critically injured in that attack: Ori Ben Hagit. The happy news is that he has successfully undergone surgery and is making progress toward recovery.

The car-ramming, as well as two other attacks last Thursday, occurred one day after both the PA and Hamas had put out inciteful messages encouraging violence. I have already written about this.

But now additional evidence of direct incitement by Mahmud Abbas has come to light. That very same day, according to a Fatah official who spoke with the Tazpit Press Service (TPS), Abbas also met with Fatah commanders and demanded to know why the street was still so calm.

“Abbas urged them to generate a long line of incidents, adding that even if they are unable to mobilize thousands into the streets, he expects continuous events at multiple locations.”  (Emphasis added)

What he asked for, he got. Three attacks in one day. 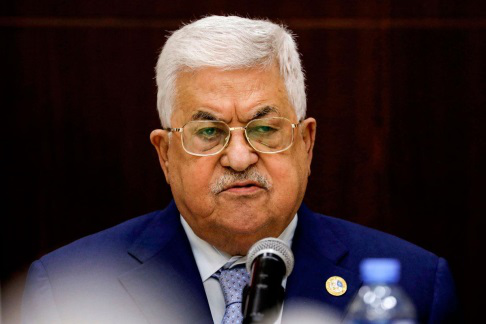 This is already an over-the-top outrage.  But, wait, we are not done yet.

Palestinian Media Watch has released information about a video that was posted on the official Facebook page of Fatah, the party of Abbas and of the PA.  In it, Palestinian Arab poet Adnan Balawneh, serving as narrator, declares (emphasis added):

“Over our dead bodies, we won’t let it pass, and if you want to overstep my limit, Trump, we’ll blind you; and if you want war – we’ll declare it and only Allah will be able to extinguish it. We’ll drive your Israel crazy and turn it upside-down. Trump, gather up this deal quickly, fold it and roll it up, you idiot, put it in the center, and shove it up your ‘ass’.”

My immediate response to this was fury.  Not just at Abbas and Fatah – for they were behaving true to form, and nothing they say should surprise me.  They are beneath contempt.

My anger, rather, was at a world that looks the other way and persists in legitimizing them.

This applies most certainly to the UN, and the EU, and other groups of their ilk.

But beyond that, I began to ask myself if it might be time for the Americans, who are not of that ilk and forged the “Deal” with the most sincere of intentions, to face the fact that it was a colossal mistake because Israel has no “peace partner” – no partner that will ever come around in a genuine spirit of peace??

How long can Abbas/Fatah/PLO incitement, obscenities and threats simply be overlooked?

Is it not time, I wondered, for the team to declare to Abbas and his cohort:  Your behavior and your words make it clear that there can be no “Deal.”

As long as this doesn’t happen, could it be said that the Trump administration, even with its good intentions, is an enabler of the PLO/Fatah behavior?

This is what I wrestled with.  Stay with me, and I’ll share what conclusions I have come to.

Here in Israel, as my readers know well, we have been struggling big time with the entire issue of whether Netanyahu should apply sovereignty before the March 2 election, even though the Trump administration has indicated it would be better if we did not.

It is the right of Israel as a sovereign nation to act in her own interest, whatever the professed preferences of other parties.  But what IS in Israel’s best interests?

David Friedman is the best friend Israel could possibly have as US ambassador.  And so, he is to be trusted.  But in the end he speaks for the US. 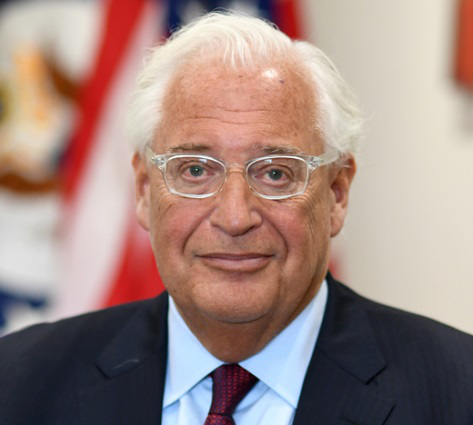 In the last few days he has made a number of statements on this issue.

One statement seemed to fly in the face of my point above:

There is an asymmetry in the “Deal” he said, because Israel is a democracy that can be relied upon today. But the Palestinian Authority is currently “not in a position to keep any bargain.”

“We understand that you’re in a very difficult position — you’re not united, you have numerous streams of conflict that weave around your body politic. So take your time, digest it, and you will not be penalized by the passage of time.

“If it takes you three or four years to get there, the territory that is earmarked for you, the integrity of that territorial opportunity, will be preserved.”

But it cannot be that Friedman expects the PA to shape up.  Not in three years and not in four. This is simply a public stance.

More importantly, he has said a number of other things of which we need to take note:

The US wants all the application of sovereignty by Israel to be done at the same time, after the team working on the final lines has completed its work, which has already begun.

And, he cautioned, if sovereignty is applied unilaterally now – which Israel has every right to do – there is no guarantee that the US will recognize that sovereignty, done before the map is complete. This is not a threat, he hastened to say, it is simply a statement of fact.

This was something to take seriously, if we want to achieve maximum effectiveness.

Prime Minister Netanyahu has alluded to the enormous pressure he has had to endure – notably when Obama was president, and this I do not doubt for a second. We likely do not know the half of it. His point is that he knows how to resist pressure, and that his inclination to wait for application of sovereignty derives from what he thinks is the right action and is not a function of US pressure.

I do not believe his hesitation to act unilaterally in any way indicates that he is not trustworthy with regard to this issue. 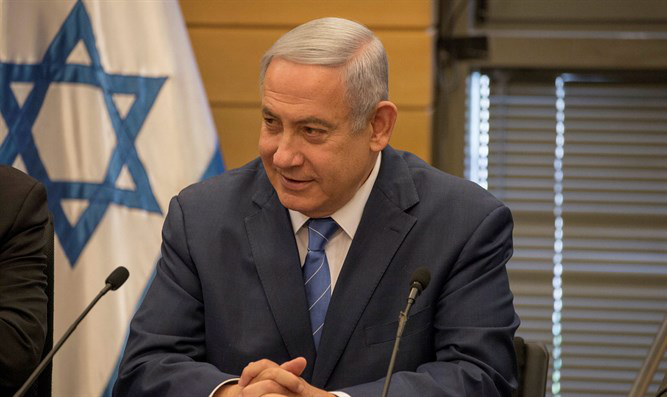 On Monday, Netanyahu made his final decision clear (emphasis added):

“We will do this with the agreement of the Americans, because what we are doing is not unilateral.

“Trump said he will recognize sovereignty in the Jordan Valley, the northern Dead Sea, and all the settlements in Judea and Samaria. It does not depend on the agreement of the Palestinians. We are, at the moment, dealing with the mapping.”

The prime minister indicated that Trump has made good on previous promises.

“Now he is saying that he will recognize sovereignty after the work, which is in full swing, is completed.”

This is a question of trust.

One recent news release, I suspect, may be key to what is going on with regard to the US stance.

“Intensive talks are underway between Washington, Jerusalem, Cairo and Riyadh to convene a summit in Cairo, possibly before Israel’s March 2 election, that would serve as a venue for a meeting between Israeli Prime Minister Benjamin Netanyahu and Saudi Crown Prince Mohammad bin Salman, senior Arab diplomatic sources said this past Thursday.”

Secretary of State Mike Pompeo and his team have been mediating between Israel and Saudi Arabia for the past few months.

This would be a huge and serious diplomatic breakthrough!!

Here we see Pompeo with the Crown Prince when he visited Saudi Arabia last September. 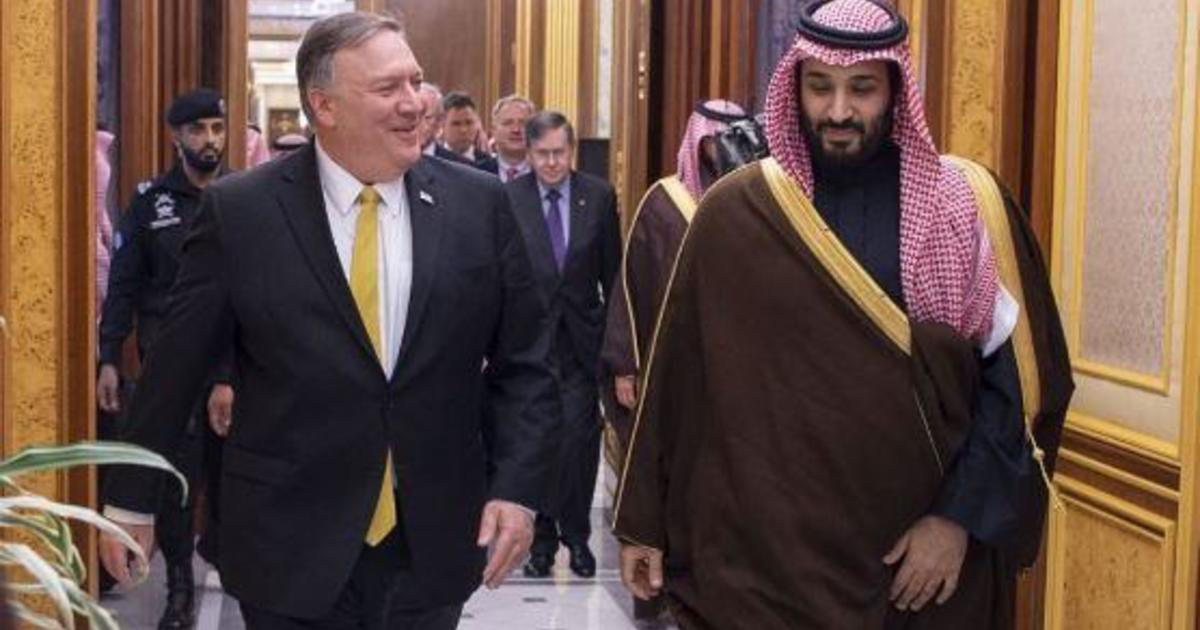 I had had the feeling ‒ the expectation ‒ that Trump’s plan was going to be more about Sunni Arab relations with Israel than about the Israeli-Palestinian Arab relationship.  I let that go, it appears prematurely, after the Arabs seemed so unsupportive of the “Deal” when it was unveiled.

This news helps to explain US expectations that there would be Saudi support for the “Deal,” and the disappointment of the team that there was none publicly ‒ a disappointment that engendered a sense of cautiousness with regard to how to move forward.

Chastising PLO officials for their behavior, for example, would work against this goal of drawing in the Sunni Arabs. For those Arabs, even as they despise Abbas, still feel constrained to publicly support him.  And so, in this context, Friedman’s statement to the Palestinian Arab leadership makes sense.

If you remember, shortly after the “Deal” was announced, the Americans said they needed patience on Israel’s part because they were working on improving the situation with regard to Arab support.  This was not just talk, as it turns out, but very focused indeed.

This also might help explain Netanyahu’s decision. He would not be willing to upset the diplomatic applecart.

Please understand that all of this is speculative. It should only come to be…

Here I share a link to an open letter from the mayors of six communities in Judea and Samaria.  They do not represent everyone – Ayelet Shaked (Yamina) is vigorously opposed, for example – but what they say should be noted:

“…We are a cutting edge 21st-century regional power, that is true, but we have two secret weapons. One is G-d and the other one is our special and unique relationship with the US. Everyone around the world wants a piece of each. To hear people, regardless of rank and station, complain about the difference of opinion over timing for recognition is not only embarrassing, it is shameful.

“…while the Palestinians cry hysterically, let it not be our camp that looks and sounds unhinged – let us set an example for the entire country. We the undersigned will work to get a government that will maximize the opportunities presented by this vision while safeguarding against those who will take this vision and use it as a platform to weaken us in every which way.”

I believe it is our job to work with maximum vigor to ensure that Netanyahu can achieve a significant and decisive win in the election. From there, with Heaven’s help, he will move to apply sovereignty to the areas mentioned.  All of this requires a certain trust.

For the record, I finally acquired the identity of the six European states that refused to cooperate with an EU resolution that was intended to protest the “Deal” because it didn’t give the PLO enough: Austria, Hungary, Czech Republic, Bulgaria, Romania, and Italy.  Hurrah for them!