From Israel: “The Blessings Within!”

Today is Yom Yerushalayim – Jerusalem Day, marking the re-unification of Jerusalem in 1967.  Never, ever, will our city be divided again. 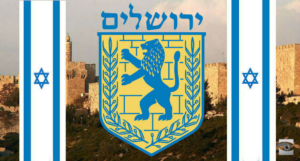 Jerusalem is not only the capital of Israel, it is Israel’s very heart, its historical essence.  We are strengthened when we remember this.

Please, take the time to see this overview of our historical and legal rights to the city:

Our nation is going through a difficult time.  To deny this would be foolish. And so it is especially important to celebrate what we have achieved, and to focus on what is yet to come.

The annual Jerusalem Day parade of the flags culminates in dancing at the Kotel (the Western Wall). 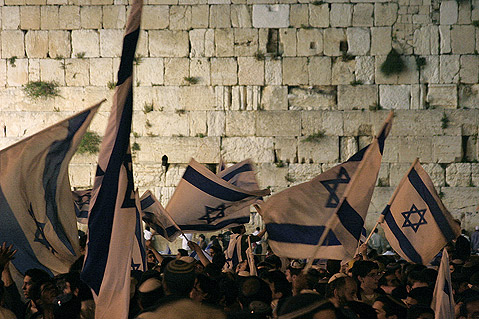 And here is the message:

Recall the sanctity of this quintessentially Jewish place, and pray, pray for the peace of Jerusalem.

Regretfully, we now begin a three month period of hyper-inflated analyses, inaccurate polls, and rumors that pass as news reports.  That is, we find ourselves – groan! – once again going into election campaign mode.

There is very little clarity at this point – it is way too soon and what we have for the most part is speculative.  I’ve seen three polls to date, and each is different. There is expectation on one side that the electorate is so angry at Lieberman for blocking the formation of a government that he will not make it into the Knesset in this next election.

But, conversely, there is also some indication that secular Israelis of a particular bent will vote for Lieberman in even greater numbers this coming time around because he stood up to the haredi parties.

Netanyahu, for his part, is determined to do what he can during the campaign to stop Lieberman’s advancement. That’s part of the story:  It is more than speculation that our prime minister, who is one of the most adroit of politicians, is furious. 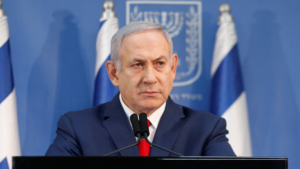 There is no question but that Lieberman’s game-playing was at the heart of Netanyahu’s inability to form a right wing government.  But there is another factor – an inherent weakness in our electoral system – that made what Lieberman did possible:

There are always a number of parties that run, some of which fail to make the electoral threshold – sometimes by a great deal, sometimes by very little.  Either way, what happens is that the votes that were cast for those parties are lost. Had Likud or the Union of the Right received just one more mandate, Netanyahu would have had his majority (albeit a slim one) and been able to tell Lieberman to take a walk.

In our last election, this was true of two parties in particular: The New Right, with Naftali Bennett and Ayelet Shaked, and Zehut, the party of Moshe Feiglin. The New Right came agonizingly close, failing to reach the threshold by something like 1,500 votes.  Had Feiglin, who was not close at all, understood that his chances were not good and withdrawn before the election, perhaps the New Right would have made it.

Or, had Bennett been less certain of his chances of reaching the threshold and joined the Union of the Right, that Union would have had more electoral clout.

In both cases, we saw over-confidence, and an expression of considerable ego on the part of the party’s leaders, who believed that they, working independently, could change things. What is truly an optimistic sign is that both Bennett and Feiglin now seem to have internalized the situation and are re-thinking matters.

Feiglin, who speaks about being “more modest” in his goals, says he is open now to a merger with other parties.  Previously, he was so confident of success (delusional, I would say) that he would not consider this.  What is more, last time he refused to say he would endorse Netanyahu as prime minister, but, rather, declared that he would be open to going with any coalition that supported his libertarian, free-market, pro-cannabis positions.  Now he wants to focus on the right-wing elements of his platform and will agree upfront to support Likud. 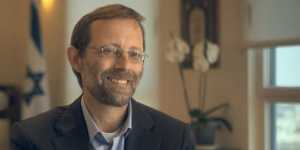 Far more important, Bennett, who was exceedingly confident that he would make it last time, is now talking about uniting all of the parties of the right for the election in September.  This group, he is saying, would be comprised of all elements of Union of the Right including Otzma, and Zehut (Feiglin has already alluded to talks going on behind the scenes). 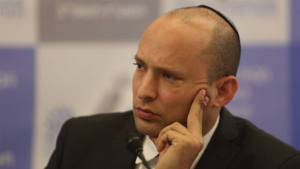 Were this to materialize, it would be fantastic.  It would, first of all, avoid a splintering of the vote. Such a move, with no votes lost, would just about guarantee a right wing electoral success. The worst electoral nightmare would be if we found ourselves deadlocked in the same position once again.

And it points the way to a more cooperative spirit between parties.  I say “points the way” because I am not naïve about the potential for significant dissension.  But it is an approach that leads us in the right direction (double entendre intended).

Netanyahu is very much aware of the necessity of bringing parties together for electoral strength.  He is the one who encouraged the cooperation that led to the Union of the Right; and he has now brought in Kulanu to run with Likud.

It would not be a desirable situation for the long term if formation of the new coalition depended on Lieberman’s Yisrael Beytenu – even if this time he agreed to join.  Lieberman has shown himself to be a spoiler. It is because of his withdrawal from the coalition in 2018 that we had the last election, and he is capable of doing this again: he is simply not someone who can be depended upon as a reliable coalition partner. Thus it is important that the coalition that will now be formed not be in a vulnerable position with regard to this eventuality.

If a number of right wing parties join the coalition and Lieberman is left outside, we may yet have a stronger, more long-lasting coalition than we would have had with Lieberman.

Let us watch…and hope. Nothing is yet certain.

It goes without saying that President Trump and his “peace” team cannot be happy about the call for a new election. What this does is delay the announcement of the political aspect of the plan – which US officials are saying will be unveiled “when the time is right,” although the work on the economic aspect is continuing.

Jared Kushner and Jason Greenblatt visited in Morocco and Jordan last week to promote the economic conference in Bahrain later this month.  Jerusalem was their final stop, and they met with Netanyahu a mere 12 hours after the vote in the Knesset to set new elections.  Said our prime minister:

“Even though we had a little event last night, it is not going to stop us. We (i.e., Israel and the US) are going to continue working together.”

“A little event…” It often strikes me that politicians, or at least the effective ones, have a resilience many of us (normal people?) might lack. Me?  I would have been so drained by all that had gone on that I doubt I would have been able to joke, and carry on.  But carry on he does!

Here we see Netanyahu greeting Kushner, with Greenblatt and Brian Hook, US special envoy on Iran 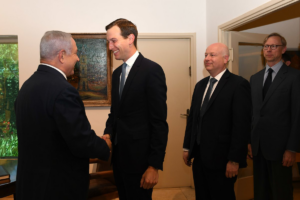