Rosh Hashanah begins on Friday night, and will be celebrated here from within a lockdown.

None the less, we always look to better times.  And so I begin this posting with a heartfelt prayer that this coming year, 5781, will be one that is rich in blessings: A year of health, sustenance, and joyful connection to loved ones. A year of inner peace and spiritual growth.

It is time to beseech the Almighty to bring us to the light.

May the dark days of the pandemic come to an end, and with it the shadow of enmity that hangs over us.

May we be graced with leaders of wisdom, and a new sense of unity – as we work to open our hearts to one another. 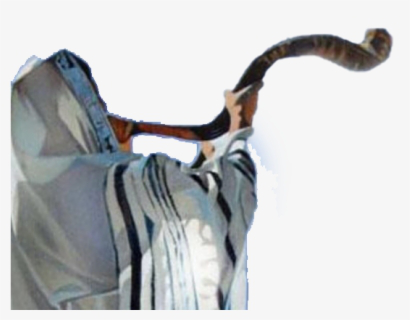 If you enjoy these postings, or derive meaning from them, I ask, please, at this point before Rosh Hashanah that you consider a donation to help me to continue my work.  A donate button is on the right sidebar.

Such is the capriciousness of life here in Israel that yesterday Prime Minister Netanyahu went from the  Knesset, where there was a stormy debate on a lockdown over the holidays because of high corona numbers, to the airport to board a plane to the US.

He is there now, as head of an Israeli delegation, preparing for a signing ceremony at the White House to be held tomorrow, September 15.  This will formalize the normalization agreement between Israel and the United Arab Emirates (UAE), and it is cause for celebration for all parties concerned: Israel, the US, and the UAE.  The UAE delegation will be headed by Emirati Foreign Minister Abdullah bin Zayed (pictured), the brother of the Abu Dhabi crown prince. 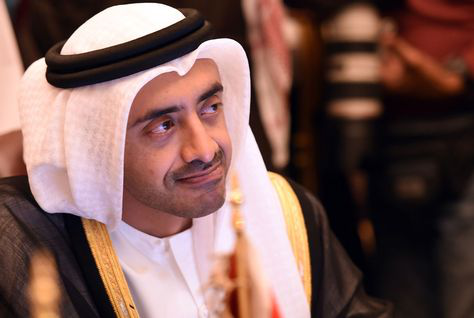 UAE is a relatively forward-looking and open country which is giving every indication that it will have a genuinely warm peace with Israel.  Just days ago, all hotels in the capital, Abu Dhabi, were instructed to provide kosher food for the Israeli visitors that are anticipated.  The hotels are to secure kosher certification and provide clear labels regarding the kosher status of food.

As its name implies, it is a federation of seven emirates, Abu Dhabi and Dubai being the best known. It is essentially an absolute sovereign monarchy. (Do not look for Western style democracy – it does not exist in that part of the world.)

Each of the seven emirates has a ruler – an emir — and a citizenry that is composed primarily of those descended from lines that qualify them. There is very little naturalization but instead an effort to sustain Emrati national identity and culture.  This is an ethic that runs contrary to progressive ideas of inclusiveness; what is fostered is stability, with common culture and loyalty to the ruler.

Each emir, or prince, is a member of a royal family.  We are looking here at tribal connections, which run very deep in traditional Arab culture and command the highest loyalty.  The emirs together make up the Federal Supreme Council that is the highest legislative and executive authority in the UAE; the emir of Abu Dhabi is the president of the UAE.

Impact-se ‒ a non-profit organization that monitors compliance with UNESCO standards of peace and cultural tolerance as taught in school systems ‒ recently released a preliminary report on the “Moral Education” curriculum taught in UAE schools, grades 1-12.  While cautioning that this is a preliminary report and only focuses on one aspect of the full curriculum, Impact indicated that this material “goes a long way in incorporating the values of peace and tolerance into a traditional education system…this stand-alone course is unique in the region and may reflect UAE’s emerging leadership in the reform of textbooks.”

While this is enormously encouraging, it is only one side of a complex situation. We need to be careful about not becoming so eager to embrace the new ties with Arab countries, which indeed are very important, that we fail to see the whole picture.

David Bedein, director of the Israel Resource News Agency, which has monitored the textbooks of UNRWA for 20 years, provides a different perspective.

The curriculum taught in UNRWA schools is horrendous with regard to incitement against Israel. In late August, Bedein wrote an article in which he provided examples of this incitement, including a poem introduced on the opening day of an UNRWA school in Gaza:

“I will plunder my blood to kill the land of the nobles and remove the robber from my land. And I will destroy the defeated remnants of the strangers … and exterminate the foreigners’ scattered remnants” (‘Our Beautiful Language’, 3rd grade, p. 64). 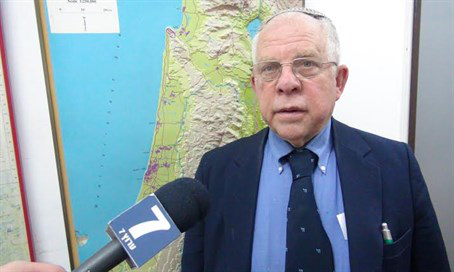 While doing positive “moral education” in its own schools, UAE provides UNRWA with $51 million annually, with no strings attached; a majority of UNRWA’s budget goes to its educational system.

The UAE cannot have it both ways, Bedein argued.  What he called for was a clause addressing this to be entered into the agreement to be signed between Israel and the UAE: “While press attention focuses on the dangers of F-135 stealth bombers, the UAE delivery of ‘lethal weapons of mass instruction’ could fan the flames of war…”  UNRWA education in Gaza fosters terrorism and support for Hamas.

Well, the agreement is about to be signed, so it appears that the UAE will have it both ways.  But we need to be aware of this, keep our eyes open for the complexities, and continue to apply appropriate pressure. (Here this means pressure on the Israeli and American governments to make demands of the UAE in the interest of genuine peace.)

My concern, always, is that we not become too conciliatory, too ready to ignore factors that work against our long term best interests.

On Friday, President Trump delivered additional good news with regard to the shifting dynamics of the Middle East: Bahrain has agreed to normalize ties with Israel.

Following the announcement, the US, Israel and Bahrain issued a joint statement:

“This is an historic breakthrough to further peace in the Middle East. Opening direct dialogue and ties between these two dynamic societies…will create the positive transformation of the Middle East and increase stability, security, and prosperity in the region.”

Before the Trump announcement, Netanyahu had spoken by phone with Bahrain’s king, Hamad bin Salman al-Khalifa, and the two had agreed to the establishment of full diplomatic relations.

A day later, Israeli Foreign Minister Gabi Ashkenazi and Abdullatif bin Rashid Al Zayani, his counterpart in Bahrain, spoke by phone.  It was agreed that embassies would be established and ambassadors appointed ‒ something Israel is expressing an eagerness to move on speedily.

Reportedly, the two countries also agreed to the operation of direct flights as well as a number of unspecified joint ventures. Al Zayani (pictured) is in Washington and will be signing a “Declaration of Peace” with Prime Minister Netanyahu tomorrow. 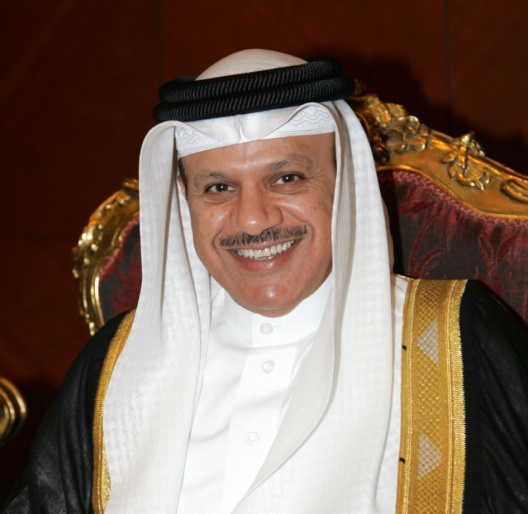 Bahraini readiness to forge ties with Israel was hardly a surprise.  There were many who thought this country would be the very first to do so.  The preliminary conference of the American “Peace to Prosperity” plan was held in Bahrain’s capital, Manama, in June 2019.  And Bahrain recently declared readiness to allow Israeli planes to fly in its airspace.

The proximity of Iran, as well as concern about Iranian-backed Houthi rebels in Yemen, is undoubtedly a major factor in the country’s eagerness to connect with Israel.  But there is very likely more involved in Bahrain’s outreach to Israel.

The Bahraini relationship with Jews appears positive. There was a functioning synagogue in the capital, although it now stands unused: the extant Jewish community is very small.  A Jewish woman, Houda Ezra Ebrahim Nonoo, served as the Bahraini Ambassador to the United States from 2008 to 2013 – the very first Jewish ambassador from an Arab country.  (Bahrani born, she traces her ancestry back to Iraq.) 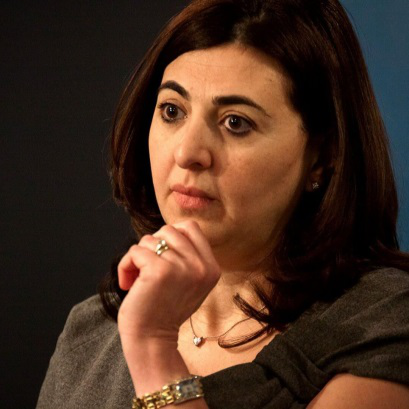 In today’s JPost there is a piece written by Rabbi Marc Schneier, founder of The Foundation for Ethnic Understanding. In the course of his ten-year relationship with the king, he relates, he heard him speak many times about his “genuine desire to see relations between his kingdom and Israel.”

All this said, Bahrain does not have the internal stability of the UAE. Originally an emirate, it evolved into a constitutional hereditary monarchy over the past 50 years.

What is of particular note is that well more than 50% of the population is Shia Muslim.

The ruling powers of Bahrain are well aware of the problems they are confronting, having dealt with this, sometimes in repressive terms, several times already.

The potential for unrest in Bahrain, however, brings to the fore a concern about the F-35s.  While I believe the UAE is stable enough so that supplying these fighters to them would not cause a problem for Israel, this is not necessarily the case with Bahrain.  And so, there should perhaps be concern about setting a precedent: If Bahrain seeks the jets, and points to the fact that UAE will have them, what stand would the US then take?

As it is an exceedingly small island nation existing in the shadow of Saudi Arabia, analysts surmise that the Bahrain approach to Israel could not have happened without a quiet nod from the Saudis.

This is seen as an indication of where Saudi Arabia ‒ already maintaining unofficial ties with Israel ‒ may be going with regard to a formal connection with Israel.  This would happen in spite of a public Saudi insistence on the need for a Palestinian state to be established first.

It is likely that Saudi Arabia would want some concessions from Israel with regard to a Palestinian state and this prospect is unsettling.

I will leave this now and return for a closer look at this potentially troubling aspect of what Israel might concede in order to achieve diplomatic ties with Arab states.

The byword here is that matters are almost never simple and a weighing of pros and cons is always in order.