From Israel: Surprise! There is Actually Hope

It’s been tough going on the political scene these past few days. By yesterday, stories were changing almost hourly as tensions built. Conflicting reports emerged simultaneously from various media sources. 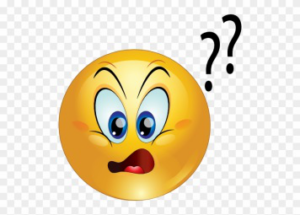 ~~~~~~~~~~
After (former) Defense Minister Avigdor Lieberman submitted his resignation last Wednesday, because of his frustration with Israel’s failure to stand strong against Hamas rockets, there were a great many critiques of his action.  He himself wasn’t always as strong against terrorism as he should have been, it was said, and his announcement and subsequent resignation were politically motivated: he should have stood his ground and fought harder for what he believed was right.

We are talking about politicians here, and so just about every actor within this scenario – even if deeply and genuinely concerned about the state – likely has some political motivation.  Where Lieberman is concerned, it certainly is appropriate to raise questions about whether he acted as forcefully as he might have, with regard, for example, to ordering the army to find creative ways to stop the incendiary balloons.

In the end, however, he did call attention to matters that are very much amiss.  In that sense, he served the nation. But I note that there are Cabinet ministers saying Lieberman did not always conduct himself like a hawk: He was part of ceasefire talks until very recently.

Could he have resigned his position as Defense Minister and kept his Yisrael Beitenu party in the coalition? That would have avoided a political crisis.  Maybe he was just too frustrated. Or perhaps that crisis was what he wanted.  Anger is not necessarily the most constructive motive for political actions.  But he brought to the fore matters that require a closer look. 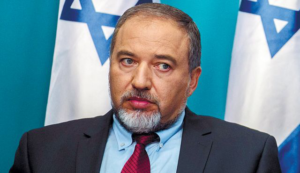 In short order, Minister Naftali Bennet let it be known that he would pull Bayit Hayehudi out of the coalition if he were not appointed defense minister. 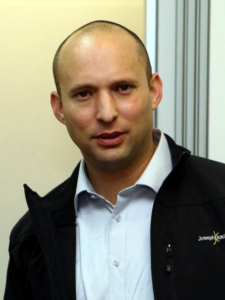 I see the right-wing Bennett as a superb choice to run Defense. A former company commander in the elite Sayeret Matkal and Maglan special forces, he still serves as a major in the reserves. In 2014, he raised his voice for vigilance and action against Hamas, particularly with regard to the tunnels.

There are certainly many others who agree with my assessment.  The prime minister, however, sees him as a political challenger.  A threat.  And so the question immediately arose as to whether Netanyahu would accede to Bennett’s ultimatum.  Polls indicated that the majority of Israelis were not happy with Netanyahu’s handling of Gaza.  This would mean that, were he to go to elections now, he would be at a disadvantage.  But, with Lieberman’s having pulled his Yisrael Beitenu from the coalition, he would be operating with a razor thin majority of one (61 to 59) from this point on.
~~~~~~~~~~
When Israel agreed to prematurely terminate hostilities with Hamas, I shared information from reliable sources about the fact that the Trump administration was pushing for this in order to create the right environment for release of the “peace plan.”

The day after the bombing stopped – last Wednesday – Special Envoy Jason Greenblatt ran an article entitled “Now is the time to make peace and achieve prosperity in the Middle East.”

I do not believe the timing was a coincidence. In fact, the article’s release gave me a brief “ah ha!” moment.
~~~~~~~~~~
But of course there is a whole lot more going on than just American pressure. Two days later, on Friday, commentator Caroline Glick released a piece that was chilling to read.  In very brief, it involved the placement in IDF units of lawyers who adhere to a left wing interpretation of “international law” and inhibit strong IDF action.  This, as well, is not the whole story. But Glick is most certainly on to something very troubling (emphasis added):

“Since Operation Cast Lead in 2008-2009, military lawyers have been attached to fighting units down to the battalion level. These attorneys are allegedly prohibiting required action by claiming that strategically significant and operationally vital actions like killing Hamas commanders and bombing rocket launching units constitute war crimes…

“Chief of Staff Lt.-Gen. Gadi Eisenkot has demonstrated for years that he is willing to subordinate trigger pullers to attorneys who do not suffer the consequences of their lenient interpretations of the actions of Israel’s enemies…The message Eisenkot has communicated to everyone from platoon leaders to division commanders is that they must subordinate their actions to the judgment of lawyers who have no command responsibilities.

“It is important to point out that the ‘international law’ being implemented by IDF commanders through military lawyers is not actually the law as written. It is a radical, ideological interpretation of general principles of international law…” 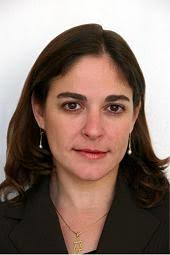 This, I feel quite certain, explains such ludicrous and maddening actions as the IDF warning terrorists running the Al-Aqsa TV station in Gaza City so they could get out before their building was bombed.
~~~~~~~~~~
Also on Friday, there was a message from Hamas leader Yahya Sinwar. Brandishing a pistol he said had belonged to an IDF soldier, he warned Israel “not to test us again,” and threatened that the next rocket barrage would target Tel Aviv and other central cities with a potency that would “surprise” Israel.

He also declared that the next time Israeli soldiers entered Gaza, they would only return through a prisoner exchange for “thousands of prisoners.” 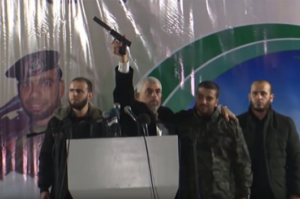 Sinwar’s warnings did not make us shake in fear.  But his words were a very painful confirmation of the fact that in the recent rocket exchange with Hamas we had achieved zero deterrence, and a reminder of the absolute necessity of doing it very differently next time.
~~~~~~~~~~
And so we moved to the new week, and still the rumors and speculations were flying, as the Israeli electorate – weary of the tension and the instability – awaited some resolution.

On Sunday night – to the surprise of many who expected that Bennett’s ultimatum would win the day – Prime Minister Netanyahu declared to the nation:

“I will now be taking the position of Defense Minister for the first time ever.” 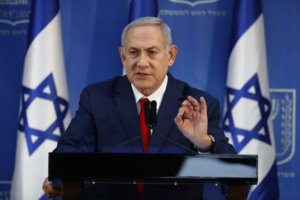 “I know that this comes at a time when there is a great deal of criticism against Israel’s defense policies. I want to tell you, citizens of Israel, I understand what you feel. Much of the criticism comes from the fact that the reasons [for our decisions] are based on material – seen by the IDF chief of staff, IDF generals, the Shin Bet chief the Mossad director, and myself – that simply cannot be revealed at this point.”

I am not automatically sold on this argument.  He is telling us that the IDF had classified reasons for not continuing to attack Hamas, but there is no way for us to assess what we have no knowledge of.

He specifically made the point that the Chief of Staff and the heads of Shin Bet and the Mossad all recommended that the fighting come to an end because they had this classified information. Could be, but two questions immediately occur to me:

— Why wasn’t Minister of Defense Lieberman also privy to this classified information? If that information was convincing would he not have had a different response?

— This classified information was presumably with regard to the decision to accept a ceasefire. But it would likely be irrelevant with regard to a host of related actions, such as failure to stop the incendiary balloons and the decision to keep sending in goods through the Keren Shalom crossing while Hamas was launching rockets at us.  There is a broader issue of policy to be assessed here.

Our prime minister says he has a clear plan and he will act.  My response is that telling us is not sufficient: he needs to show us. Soon.
~~~~~~~~~~
Netanyahu has now assumed his role as defense minister and attended the first meeting of the Ministry of Defense.  He will be appointing someone else as minister of foreign affairs, as he concedes he cannot do it all.
~~~~~~~~~~
Lastly, the prime minister stated that:

“I will do everything possible to prevent unnecessary early elections. I spoke with coalition leaders and told them this is the time to show responsibility. Don’t take down this government. I reminded them of what happened in 1992 [to the Shamir government] when the Likud government was toppled, and we ended up with the Oslo [Agreement].” (Emphasis added)

Here I concur. This is not a good time for elections. This would generate a climate of instability, further weakening our ability to defend ourselves, and might lead to a victory by the left.  If stability can be created within this government, better to carry on – with determination and resolve.
~~~~~~~~~~
And so we have the last chapter in this drama: 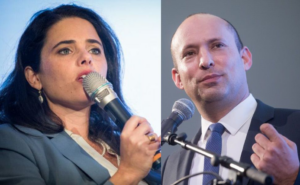 It was broadly assumed that Bennett would leave the coalition, but that is not what happened:

He said he would remain in the government and, as the Jewish Press put it: “Keep Bibi’s Feet to the Fire…”

Bennett was not about to rubber stamp what has been going on. Rather, he spelled out clearly security matters of deep concern (emphasis added):

“Something bad is happening to us from the inside,” he declared. “The State of Israel is in a crisis of faith over our security policy, and the problem isn’t our enemy.

“We impose one restraint after another on our warriors. Legal restraints and perceptual restraints. Our fighters are more afraid of the military advocate than of Yahya Sinwar. From defeating the enemy we have moved to containing the enemy. Values that were once clear are suddenly in doubt…

“…the Israeli government is in a panic, afraid to evacuate an illegal Arab outpost—Khan al-Ahmar—despite all the favorable High Court rulings, fearing what they would say about us in Europe, what they would do to us in The Hague.

“At this moment there are 102 homes belonging to terrorists which the IDF has measured, and lacks the spirit and the strength to destroy…

“When Israel wants to win, we will start winning again…It is possible to take a ship that has sailed in the wrong direction and change its entire path.”

Bennett then said he decided to stay in the government to take responsibility at a difficult moment.  The prime minister, he said, has promised to ‘change course, lead a revolution in the security apparatus…’ The ball is in the prime minister’s court…

“We will not stand by as spectators up in the gallery examining the prime minister, but will instead do our best to help.”
~~~~~~~~~~
What is clear is that Netanyahu is a consummate political tactician. Against great odds, he held his coalition together.

What remains to be seen now is the diligence with which he fulfills the role of defense minister.

What was marvelously refreshing for me today was having Bennett spell out clearly the security and defense problems that have been causing so many of us grief.  He’s confronted the issues straight on, and this is why I say there is hope.  We are, at least potentially, in a better place than we were before Lieberman resigned.

We can only watch this unfold…and pray for the wisdom of our leaders. Please, do that: pray.