From Israel: Stand Against Hysteria!

I was not going to post again before the midterm election tomorrow, but I must.

For today I was directly exposed to some of the virulent, irrational fury sometimes directed at supporters of Trump by people on the left.  It is very nasty.

Not only have I been exposed to it, in discussing this with other right-wing supporters of Trump, I found that what came my way is apparently almost commonplace.  “Oh yes,” they tell me, “I know.  I had a similar experience.”

Civility is gone.  Ability to discourse in reasoned fashion is gone. 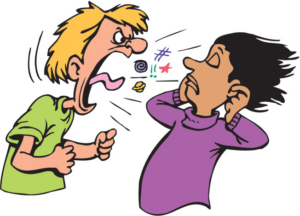 This situation is horrific.

~~~~~~~~~~
It would be easy to conclude, when considering the hysteria that accompanies many of the anti-Trump responses, that Trump has destroyed America.  But such a conclusion would be very much in error.

I cannot remotely begin to detail all that Trump has done for America that is positive. But we might consider:

[] Jobless levels are the lowest they have been in 45 years.  Some 2.6 million Americans are off food stamps since the election.

[] A national plan for the retraining of workers is being developed.

[] The defense sequester has been reversed and US military capacity has been expanded and modernized.  This is exceedingly important.

[] Strong action has been initiated against opioid abuse and drug addiction.

[] Efforts are being expended to modernize and rebuild rural infrastructure.

[] Perhaps most importantly, the US left the Iran deal and sanctions to weaken Iran have now been reinstated.

Don’t agree with me about Trump?  That’s fine, as long as we can discuss it.

But do not demean and insult me!

Do not treat me as if I am an idiot or traitor for supporting the president.

And do not expect me to accept half-baked rumors about the president as fact or to accept the notion that everything bad that is happening in America is Trump’s fault.
~~~~~~~~~~
Prof. Udi Lebel of BESA has this to say about the situation (my emphasis added):

“The claim that the mass murder of worshippers at a synagogue in Pittsburgh was the product of Republican discourse on immigration and citizenship is a cynical ploy to use the trauma to bar conservative positions from the public sphere. An anti-Semitic massacre does not preclude the legitimate positions of an incumbent administration. This attack was triggered not by current political discourse but by the fusion of rabid Jew hatred and a propensity for violence…

“Conservative positions concerning identity, nationality, citizenship, the distribution of resources, the rule of law, and internal security are now labeled ‘populist,’ and anyone holding such views is expected to feel ashamed of himself…

“…the argument is that the violence is a direct product of the legitimate discourse of a democratically elected leadership. This is tantamount to saying that the hands of every voter who supported the current administrations in either the US or Israel are covered with blood, and that those voters should be punished in upcoming elections. It is to be hoped that American voters…will dismiss this thinking as shallow and dangerous.” 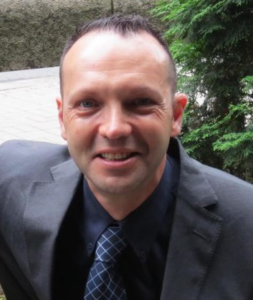 For the sake of America, I urge everyone who embraces conservative positions to get out and vote tomorrow.  A great deal depends upon this.
~~~~~~~~~~