Those of you who read my material regularly have an inkling of how much time, effort, and devotion go into my postings.  There are, additionally, expenses involved in maintaining my work.

Now, for the first time, as Rosh Hashana approaches, I ask you to consider a donation towards that work.

A Pay Pal system has been installed on my website to accept donations.  You are not required to have a Pay Pal account; you can simply use your credit card. And you can donate in dollars or shekels.

Simply go to my website: https://www.arlenefromisrael.info/ and find the donate button on the right sidebar below the email sign-up.
~~~~~~~~~~
In the political world, wheel-spinning is frequently the norm.  Lots of talk, which – to continue the metaphor – lends the impression that there is engagement, movement forward on one issue or another.  But in the end the talk often turns out to be blather that takes us nowhere.

We need to make our best effort to identify wheel-spinning if we are to assess situations accurately.  Sometimes, it’s clear upfront, but other times, we are actually pleasantly surprised.
~~~~~~~~~~
With the PA’s Mahmoud Abbas there is no surprise: He is a master wheel-spinner.  In recent years, he has had a handful of very specific goals: to stay alive (no joke, as there are fellow Palestinian Arabs who would gladly do him in); to make sure his two sons will be able to sustain their elevated life style; and to remain relevant.  Everything he says must be measured in light of his concerns.

Until very recently, Abbas had spoken nothing but vitriol with regard to the Trump administration and the “peace plan,” from which he absolutely and unequivocally distanced himself.

But mere days ago, he met in Ramallah with Israeli individuals described in some media reports as “intellectuals” (unidentified but undoubtedly of a leftist persuasion) and declared, in a statement that was pure hype, that he favors a “demilitarized” Palestinian state: “along the 1967 borders without an army, I want unarmed policemen to hold clubs and not weapons. Instead of planes and tanks, I prefer to set up schools and hospitals and allocate budgets and resources to social institutions.”   (Emphasis added)

“…schools, hospitals…social institutions”? When did he morph into a leader concerned with the well-being of his people? This is the same man who swore recently that he would keep paying salaries to terrorists in Israeli prisons, to the tune of roughly $300 million annually – which might have gone to schools and hospitals – “even if we only have a penny left.”

https://www.maannews.com/Content.aspx?id=780498
~~~~~~~~~~
Following this we have another report, according to which he allegedly alluded to the idea of a “federation” of a Palestinian state and Jordan, as long as Israel was included.

According to the JPost, he said this to members of Peace Now and leftist MKs Mossi Raz (Meretz) and Ksenia Svetlova (Zionist Union), also during a meeting in Ramallah. Whether these are the individuals earlier referred to as “intellectuals” (which is very likely indeed although very puzzling) or this was a separate meeting is unclear.

According to the oral report of these visitors, Abbas said that the “peace team” had offered him this possibility. Allegedly, he was advancing this notion now as a way to move forward, although there is only their word on this.

Envoy Jason Greenblatt has declined to comment specifically on this plan, saying, “Over the past 19 months we have probed all relevant parties about many ideas…”

And King Abdullah II of Jordan has already shot this down, saying he is solidly for “two states.” There is no way he intends to allow himself to be drawn into a plan that links him to the PA. 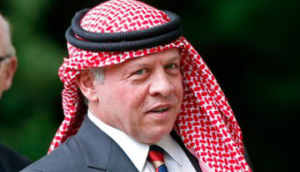 ~~~~~~~~~~
See the commentary of Dr. Aaron Lerner, director of IMRA, with regard to the inadvisability of a confederation of Jordan and the Palestinian Arabs:

http://www.imra.org.il/story.php3?id=73351
~~~~~~~~~~
The question to be asked, then, is why Abbas is lending the impression (impression!) that he would cooperate with a peace deal, after a long period of being totally obstructionist.  Today there was even a report that he said he would come back to the table if Greenblatt were fired, which is a joke.

One thought is that his days in office are numbered. There have been reports lately of his having reduced his working day to two hours, and of his forgetting even the names of close associates. 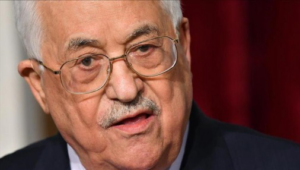 Other reports deny this, naturally.
~~~~~~~~~~
But I suggest something else may be impacting Abbas, and motivating the shift in his message:

We are on the cusp of major changes with regard to UNRWA.

In January President Trump first took on UNRWA, declaring that $65 million in American funds to the agency (roughly half of the US commitment) was going to be withheld. Calling for a “fundamental reexamination” of UNRWA, he said that release of the funds being withheld would depend upon “future consideration.” 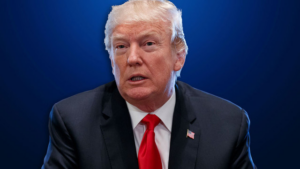 This was not political wheel-spinning.
~~~~~~~~~~
It recently came to light – in an article by Foreign Policy Magazine – that Jared Kushner, head of the “peace” team, had written some emails last January regarding UNRWA, shortly before Trump made his announcement.  Kushner, viewing UNRWA within the context of his peace efforts, wrote, in part, that:

“It is important to have an honest and sincere effort to disrupt UNRWA. This [agency] perpetuates a status quo, is corrupt, inefficient and doesn’t help peace.

“Our goal can’t be to keep things stable and as they are… Sometimes you have to strategically risk breaking things in order to get there.”

https://www.timesofisrael.com/kushner-said-pushing-to-end-refugee-status-for-millions-of-palestinians/
~~~~~~~~~~
In late August, more than seven months later, UNRWA’s policies remained the same as they were when those emails were written.  Trump clearly was not satisfied with whatever assessment of the agency has been done. As he had not been spinning his wheels when he referred to a “fundamental reexamination” in January, he was prepared to actually take the next step.
~~~~~~~~~~
The first indication that US policy was about to change came with statements made by US ambassador to the UN Nikki Haley about a week ago. In an interview at the Foundation for Defense of Democracies, a Washington think tank, she questioned UNRWA’s refugee count:

UNRWA’s tally, which includes descendants of refugees and those who have citizenship in various countries, is five million; a more realistic count, based on measures applied to all other refugees in the world, would be 500,000.

“We will be a donor if it (UNRWA) reforms what it does … if they actually change the number of refugees to an accurate account, we will look back at partnering them,” Haley said.

Additionally, she addressed the matter of “right of return,” which she says should be “off the table.  I absolutely think we have to look at the ‘right of return.’” (Emphasis added) 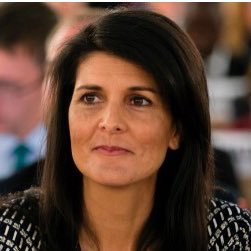 ~~~~~~~~~~
Last Friday, just three days after this interview, the Trump administration announced that all US funding to UNRWA was being curtailed.  The State Department put out a statement indicating that:

The United States “will no longer commit further funding to this irredeemably flawed operation… The fundamental business model and fiscal practices that have marked UNRWA for years – tied to UNRWA’s endlessly and exponentially expanding community of entitled beneficiaries – is simply unsustainable and has been in crisis mode for many years.”

Funds would go to other agencies to help Palestinian Arabs, the announcement said.
~~~~~~~~~~
Shortly thereafter, a report from Israel’s Hadashot TV indicated that the US would be announcing a policy in early September that, “from its point of view, essentially cancels the ‘right of return.’”

The Palestinian Arabs, greatly alarmed at this threat to their long-standing policy, are not about to acquiesce without a fight.  They are already threatening that the cutbacks and policy shifts will “fuel terrorism.”

Kushner (who has pleasantly surprised me a couple of times now) was correct in January, in speaking about a “strategic risk” to upset the status quo. UNRWA for years has been a major part of the problem.

Hamas operates, and recruits, inside of UNRWA schools in Gaza.  The putative refugees are sustained via a victim mentality; taught that they are being deprived of their non-existent “right” to return to the villages of their grandparents, they are deeply angry.  Terrorism, then, is intrinsically linked to messages drilled into their consciousness by UNRWA.
~~~~~~~~~~
This is not about money, no matter that UNWRA is crying about dire shortages.  The Arab states are solvent enough to step in to make up shortfalls, and a very foolish EU is rushing to do the same.  What is more, Hamas may need to begin to assume responsibility for Gazans at some significant level.

This is about the long haul of establishing new policies that provide those “refugees” with permanent homes, a new sense of identity, and a way to get on with their lives with dignity.  They must be taught that there is a better way to live than forever yearning to “go back” to some obscure village that they have never seen and which likely no longer exists. They must stop operating as political pawns, threatening Israel with their “right” to overwhelm the Jewish majority.

This will not be an easy task: It will be a monumentally difficult process. We can only watch now, to see how the Trump administration progresses from this point on.
~~~~~~~~~
I note here that Prime Minister Netanyahu has praised Trump’s action and Jerusalem mayor Nir Barkat is talking about expelling UNRWA from the city.
~~~~~~~~~~
I have been writing about it less of late, but note here that the border with Gaza is still not quiet, violence, especially on Fridays, remains routine.

Thus, it is encouraging to learn that a group of Israeli farmers, aided by the Israel Law Center (Shurat HaDin) has just filed a lawsuit against Hamas at the International Criminal Court in The Hague.

The suit calls on ICC prosecutors to investigate alleged war crimes perpetrated by Hamas terrorist leaders Khaled Meshaal, Saleh al-Arouri, and Zaher Jabarin, with regard to “their orders to followers to use arson kites and other means to breach Israel’s sovereign border and murder its civilians, as well as torch thousands of acres of agricultural fields.”

The three Hamas leaders chosen all have Jordanian citizenship. As Jordan is a member of the ICC, this ensures jurisdiction.

~~~~~~~~~~
I do not know that I will be posting again before Rosh Hashana begins on Sunday evening.  And so, here I extend my wishes for the coming year: A year of health and peace, spiritual growth, the love of family and friends, and purposeful work.

May the Almighty bless us and keep us.