Most of the readers who wrote after my last posting – in which I celebrated the fact that we would have a unity government – wanted to share their pleasure at the news.

But a few wrote with considerably less enthusiasm: Gantz? Bibi is going to work with Gantz?  What can be accomplished by Bibi in the 18 months he will be prime minister? 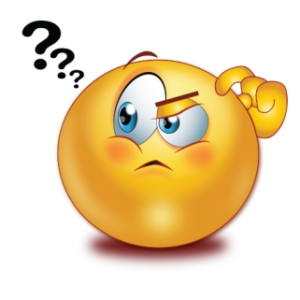 In truth, I appreciate the questions. They provide me with an opportunity to look at the current situation, which remains complex, and sadly troublesome.

There are several related questions I think we need to ask: Why should we go with a unity government? What will be gained?  And what are the potential drawbacks and limitations?

My immediate response: There is the ideal, and then there is reality.  But of course, elaboration is in order.

It would have been cause for enormous celebration, had the right wing received 61 or more mandates in the last election (the third election in a short period of time).  But it did not happen, and a total of 58 mandates does not constitute a government.

As we had been for many months, we were stalemated once more. Not only stalemated, but facing a vicious center-left that was intent on taking Bibi down, even if the price was involvement of the Arab Joint List.

There is no point in belaboring it unduly now, as it is history and we’ve moved past it.  But the prospects were horrendous, since the Joint List, which included Balad, was eager to play along with Blue & White.  While historically they have refrained from indicating a preference for prime minister, this time they told Rivlin they wanted Gantz.  This gave Gantz 61 mandates, and President Rivlin then selected him to be the first to receive the mandate to attempt to form a government.

Once Gantz had that mandate, Blue & White began maneuvering in ways that were not only infuriating, but scary. They had wrested interim control of the Knesset House Committee, which assigns other committee chairmanships, and had given interim chairmanship of the Knesset Labor, Welfare and Health Committee to the Joint List; this committee deals, among other matters, with families of victims of terror. It was an ugly and worrisome situation. 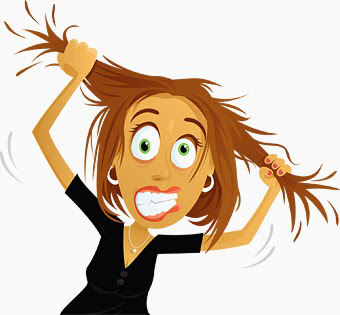 The Arab List is intent on eradicating Zionism. There is no secret here: they say so upfront and clearly. Much of the blather about how excluding the Arabs is racist, and how they have a right to full participation sidesteps this essential point.  But for Blue & White it was a question of politics and numbers, and how to bring Bibi down.   And so Blue & White allowed the Joint List to get a foot in the door, and was pushing for them to participate further.

If you are interested in further details, see Martin Sherman’s piece here:

With all of the devious game playing, however, in the end Blue & White would not have been able to form a coalition:  Three of the people who had chosen Gantz to be prime minister ‒ Yoaz Hendel and Zvi Hauser who were from Ya’alon’s Telem faction, and Orly Levi-Abekasis who is the sole MK of the Gesher party ‒ balked at the idea of Gantz establishing a minority government with backing by the Joint List sitting in the opposition, and would have voted against it. Without them, Gantz’s numbers were insufficient.

In spite of this, Blue & White rejected the idea of a unity government with Bibi (or insisted perversely that a unity government would have to include the Joint List). Nor was Gantz in a hurry to return the mandate before time ran out, still some many days ahead.  (It ends this coming Monday.)

If the mandate had been given to Bibi, there was no guarantee that he would have been able to form a government either.  Doing so would have required drawing at least three people from the center-left to his coalition.

Were Bibi unable to form a government, there would have been no choice but to hold a fourth election.  This prospect held certain real attractions, primary among them the possibility of a solid right wing victory.  However, it would have been untenable because of the broader situation.

In any circumstances, it would have been the choice of last resort, because it would have left the nation in limbo with months more of the instability of an interim government before that election could be held and would have further drained the finances of the country.

However, as it is hardly necessary to point out, we are not in “any” circumstances: we are battling a pandemic the likes of which has not been seen in a century.

Thus did it become exceedingly important to have a fully functioning government in short order.

An interim government of the sort under which we have been operating is limited:  A key concern is the fact that it is not empowered to pass a new budget, which makes emergency allocations more difficult. In other ways as well, its latitude to act is restricted.

Additionally, it generates a sense of instability that is particularly bad for the nation at a time of high anxiety.

Add to this the fact that the constant political tensions that have been ongoing for many months have been terribly destructive to the country.

It has not just been “routine” political sniping that we’ve been subject to. Members of Blue & White – most specifically Lapid and Ya’alon – have behaved horrendously with regard to their attacks on Bibi. This was their entire raison d’être and it has been destructive to national morale.

There will always be some undercutting and sniping on the political scene. But right now it is imperative to maximize cooperation and minimize the negative, in order to enable the government to act effectively for national wellbeing.  This is with regard to the medical situation and economics.

And this is the conclusion Benny Gantz arrived at last week when he reversed himself and declared he would join a unity government with Binyamin Netanyahu.  Drawing on the Blue & White slogan, he declared, “Israel before everything else!”  And now he meant it. 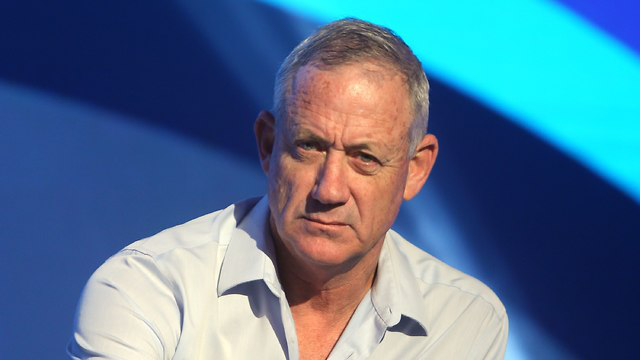 He hadn’t wanted to break with Lapid and Ya’alon, according to associates, but in the end felt there was no choice because Lapid continued his political maneuvering and shenanigans even after the virus had erupted. For Gantz, fighting the coronavirus took precedence over politics:  “I believe we must not drag Israel to a fourth election at such a challenging period, when the country is dealing with the coronavirus crisis and its fallout.”

This was seen as a stunning turnaround for a man who had sworn he would never sit with an indicted Netanyahu. It provided a shot of hope for a weary populace and many (myself included) saw Gantz with new eyes.  I had perceived him as a fairly clueless wimp who was pushed from behind by a ruthless Lapid.

But he demonstrated the courage to rise to new heights in the face of a serious challenge. As we are already seeing, he is being received as a role model in certain quarters.  Whatever happens next, this was very welcome.

However, with regard to “whatever happens next,” it did not take long for the euphoria to dissipate. I will come to this.  Here I simply wish to point out – without taking credit away from Gantz for his decision – that there were likely political considerations underlying it as well:

Blue & White took a huge risk in attempting to bring in the Joint List in order to form a government.  That effort – thank Heaven – failed.  But many Blue & White supporters were turned off by the attempt.  Gantz understood that his party’s chance to rise to ascendency had been lost: If there were a fourth election, Likud would win big time.  The polls were showing as much.

Since he couldn’t form a government now, Gantz knew that the only possibility for him to be prime minister was within a unity government arrangement.

Already Gantz is wielding power as the speaker of the Knesset for the interim, a position that was part of the agreement to enter unity negotiations.

Gantz’s move was widely celebrated because it was recognized that formation of a unity government would bring a new measure of stability to the country, and allow a more effective response to the coronavirus.

At the same time, it eliminated any suggestion of Joint List involvement in a government, and sent troublemakers Lapid, Ya’alon and Lieberman – collectively the source of huge political tensions – to the boondocks of the opposition.

Nor is it a small matter that it will allow Bibi to continue in his role a prime minister for the next 18 months.  He is doing a superb job in battling the coronavirus and it would be most unfortunate if he were to be replaced at present by a novice.

Along with Gantz came Gabi Ashkenazi (pictured), as one individual and not part of a separate faction.  The two retain the party name Blue & White, while Lapid and Ya’alon are now Yesh Atid-Telem. 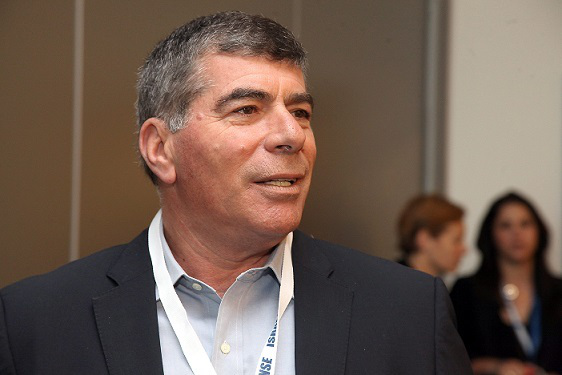 In short order, others have come along to be part of the unity government:

As anticipated, Tzvi Hauser and Yoaz Hendel left Ya’alon’s Telem faction. They formed a new party called Derech Eretz, and there is some indication that in time they will fold into Gantz’s Blue & White.

We can be heartened by these young politicians who are moved to act in a way that is best for the country. What it means to me is that there is hope for the future, in spite of all of the self-concerned cynical maneuvering we’ve been seeing.

Hendel (pictured) said that he and Hauser will do whatever they can “to bring about unity not only in government but also in society.”  The composition of the projected unity government is not perfect, he said, “but it’s the best we can do for the State of Israel.” 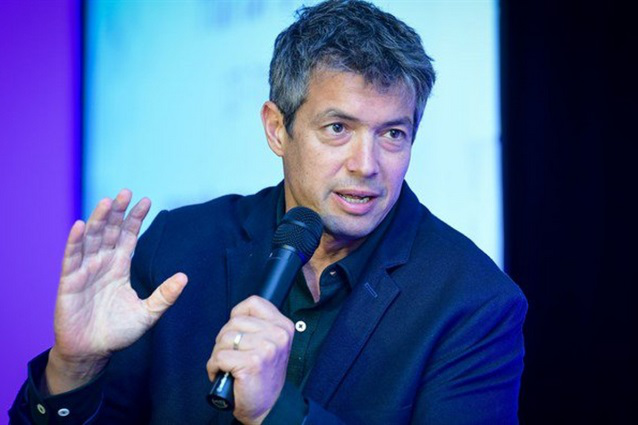 Orly Levi-Abekasis  of Gesher is on board.

So is Penina Tamanu Shata (pictured) who left Yesh Atid after seven years with that party and will be joining Likud.  It was a difficult but necessary decision, she said, “I follow my heart.”

“Also for me the decision wasn’t easy, but circumstances dictated reality…Given the state of the coronavirus and the global and health crisis, and even before the economic crisis with over a million Israeli citizens sitting at home, this is something that needs to be addressed in all seriousness with all parts of the political map carrying part of the burden…

“I think every Knesset Member and elected public official must be real and go with the public interest.”

Commented Tamanu Shata: “I entered Yesh Atid in 2013 knowing Lapid as Center-Right…Yesh Atid of today in my opinion…isn’t the same…our principles have moved away from each other.”

She thought Lapid was “gravely mistaken” to decline to participate in a unity government. 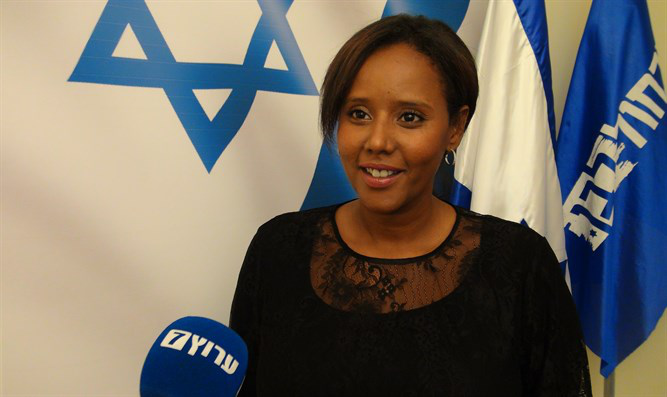 On the flip side, Gantz lost Blue & White member Gadeer Mreeh, the first Druze woman in the Knesset, who refused to sit with Netanyahu for one moment.  She moved over to Yesh Atid. 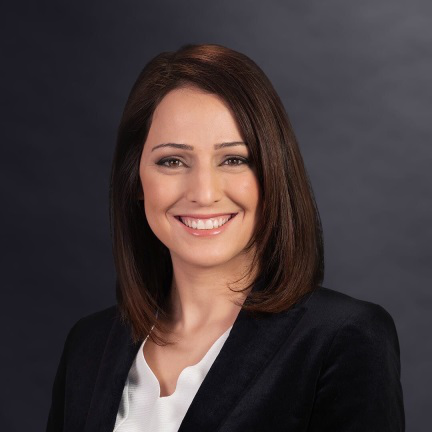 And finally, two of the three MKs of Labor, Chair Amir Peretz (pictured) and MK Itzik Shmuli.  That leaves behind the third Labor MK, Merav Michaeli. 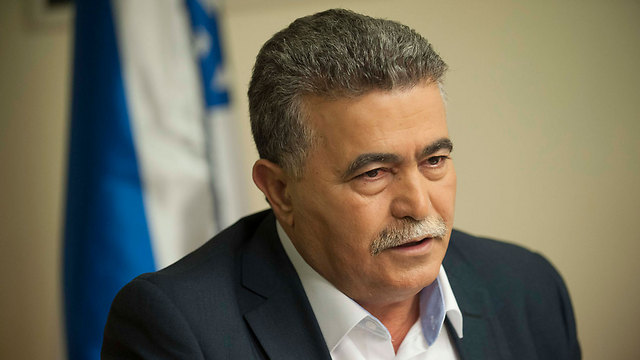 As I write, negotiations are on-going for that unity government, and they are not proceeding smoothly.  I will send this out and follow with a second posting that examines the situation.