From Israel: Shining the Light

Tonight we light the first candle of Chanukah, a holiday that in its essence is about the survival of Judaism at a time when Hellenization threatened tradition.

Let the lights shine bright upon us, and may we hold fast to all we are meant to be.

My postings will be less frequent over the course of the eight-day holiday – time with grandchildren takes precedence.  But I did want to write, primarily to provide a further look at the on-going events surrounding Trump’s declaration.

Prime Minister Netanyahu spent two days, Sunday and Monday, in Paris and Brussels.  This had been described as his going into the “Lion’s Den,” but he said he felt like a lion.  He held his own with admirable strength and self-confidence. 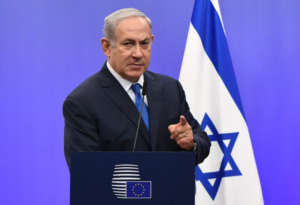 In Paris on Sunday, he met with French President Emmanuel Macron. 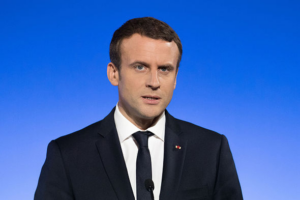 Macron had said that he disapproved of Trump’s announcement, that it was regrettable, and that it did not “serve security.”

At the press conference that followed their meeting, Macron said:

“It seems to me that freezing settlement building and confidence measures with regard to the Palestinian authority are important acts to start with, which we discussed with Prime Minister Netanyahu.

“I urged the prime minister to show courage in his dealings with the Palestinians to get us out of the current dead-end.”

Courage??  Caving to terrorists is the opposite.

“There is an effort, continually…to deny the millennial connection of the Jewish people to Jerusalem. And that’s absurd.

“Where else is the capital of Israel, but in Jerusalem?

“I think that what peace requires is to be built on the foundation of truth, on the facts of the past and on the present…

“The sooner the Palestinians come to grips with this reality, the sooner we will move towards peace.”

Just as Netanyahu spoke of the need to deal with truth, so did French Foreign Minister Edouard Philippe recently showed genuine courage by speaking truth.

Philippe was deeply disturbed by anti-Jewish riots that followed Trump’s announcement. When addressing the annual conference of CRIF, the umbrella group of French Jewish communities, he said (emphasis added):

“In our country, anti-Semitism is alive. It is not new, it is ancient. It is not superficial, it is well-rooted and it is alive. And it hides always behind new masks, attempts to justify itself through diverse reasons. This ideology of hate is here, it’s present…” 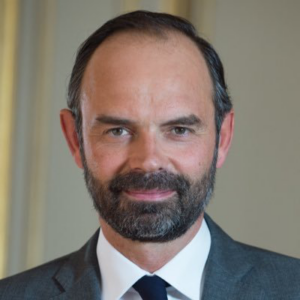 From France, Netanyahu moved on to Brussels, where the European Union is headquartered.

This was his first meeting with the gathered foreign ministers of the 28 nations of the EU, and the first one by any sitting Israeli prime minister in 22 years.

He carried much the same message to Brussels as he had to Paris.

Before his meeting with the group, he met with the EU foreign policy chief Federica Mogherini, who had expressed considerable criticism of Trump’s declaration. 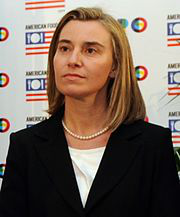 At their press conference, she told Netanyahu that there was concern for the “security” of Israel (emphasis added):

“…the worst thing that can happen now is an escalation of tensions, of violence, first of all around the Holy Places but also in the region and beyond.”

There we have it: the same old, worn out, ineffective paradigm of thinking, which Trump is now challenging.  The EU is eager to keep the Arabs sufficiently happy so that they do not “escalate tensions”.  It is because of this attitude that Europe is disintegrating.

“Thus,” explained Mogherini, “the European Union will increase its work together with our international friends and partners…to start to relaunch the peace process.”

This was most decidedly not good news because their goal, however they present it, is to mitigate violence, not facilitate a fair deal. The best way the EU can help is by folding their collective hands and staying home.

Macron had said he would not launch a separate peace initiative, as his predecessor had attempted to do.

Netanyahu responded that Trump had put “facts on the table.” That recognizing Jerusalem as the Israeli capital does not “obviate peace, it makes peace possible.” (emphasis added here and below)

He subsequently urged the EU ministers to wait to hear what Trump was going to propose for peace and give it a chance.

This suggestion was not well received by the EU, but in the end, when Mogherini spoke to the press after Netanyahu met with the ministers, she indicated that there would be no separate EU initiative now; rather, they would wait to see what US proposals were like.

Netanyahu expressed the belief that in the future “all, or most of the European countries, will move their embassies to Jerusalem, recognize Jerusalem as Israel’s capital, and engage robustly with us for security, prosperity and peace.”

Mogherini waited until he was no longer standing with her to respond:

“He can keep his expectations for others, because from the EU member states this will not come.”

Three days ago, Czech President Milos Zeman—more power to him!—referred to the EU as “cowards” because of their response to Trump’s initiative (emphasis added):

“The European Union, cowards, are doing all they can so a pro-Palestinian terrorist movement can have supremacy over a pro-Israeli movement.”

At present, the State Department has no intention of changing its rule regarding the addition of “Israel” to birth certificates for babies born in Jerusalem.  Hopefully, down the road this will change.

The State Department also seems to be attempting to determine from the US perspective what officially encompasses “Jerusalem” in its entirety, as the president recognized it, and where the State Department should draw the lines on its maps.

I will have much more on this and other issues to follow.   But now, it is my desire to get this out!

Chanukah Sameach to all who are celebrating.

A traditional Maoz Tzur, sung after the candles are lit:

This posting will appear here:  https://www.arlenefromisrael.info/