We begin with more information regarding the lead story in my last posting, about Deputy Minister Tzipi Hotovely, who was uninvited at Hillel House in Princeton.

It was Rabbi Eitan Webb, director of the Princeton Chabad House, who had stepped in.  He greeted the overflow audience with these words:

“We bend over backwards to give free speech to all, and it is an honor to make sure that this ideal is upheld tonight.” 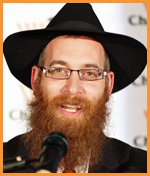 Included in that last posting was a link to the brochures Deputy Minister Hotovely had commissioned regarding Israel’s rights. For reasons that totally elude me, some readers found the link did not work – although it worked for many.

If you were one of those frustrated at not being able to access those brochures, try this: 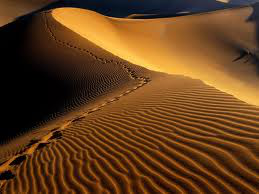 As to those shifting sands…

There is no question that we are witnessing considerable shifts in this area of the world – with regard to dynamics both within various countries and between them.

Sometimes, however, these shifts are illusionary, with the situation reverting again and again to the previous default. I am convinced that this is true with regard to the Fatah–Hamas relationship:

Matters were looking optimistic for that “reconciliation” agreement just a few days ago.  Better than expected, as Hamas actually pulled back from the crossings out of Gaza, and allowed Fatah to come in to oversee them. 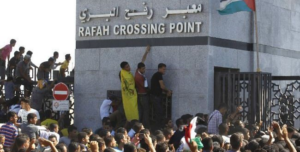 “…on Tuesday, the Palestinian Authority during its weekly meeting in Ramallah announced it could not guarantee the proper operation of the crossings without receiving routine security authority for the entire Gaza Strip…

“[PA Prime Minister Rami] al-Hamdallah’s remarks were greeted with seething anger in Gaza, where Hamas has been in charge of routine security for more than a decade.”

A day later, PA Police Chief Hazem Atallah declared that reconciliation would not be successful unless Hamas disarms.

When pigs fly, my friends.

“We are talking about one authority, one law, one gun,” he said.  There was no way he was going to let Hamas keep its armed wing.

“It is impossible. How can I do security when there are all these rockets and guns and whatever? Is this possible? It doesn’t work.

“Otherwise how can I be in charge? Who is going to be standing and saying ‘I am the chief of police, I am in charge,’ if I am not controlling everything?”

He wants all 9,000 police who worked in Gaza before Hamas took over to return to their posts; he is not ready to consider a merger of Fatah police with Hamas police currently operating in Gaza. 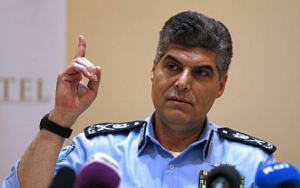 According to the reconciliation agreement, Fatah is to take over all of Gaza on December 1, at least with regard to civil administration.  Hamas has no trouble allowing members of Fatah to oversee garbage collection, bus routes, building permits, whatever, whatever.

But that agreement failed to specify who would control weaponry, or what would happen to Izz ad-Din al-Qassam Brigades, the armed wing of Hamas.

Fatah and Hamas, along with other smaller Palestinian factions, are scheduled to meet in Cairo on November 21 to resolve outstanding issues.  As they have not yet been resolved (a very large if not impossible order), it is obvious that Hamas would react with fury at recent Fatah statements.

With regard to shifts in this area that are more than illusory, I want to touch a couple of bases that seem potentially important for Israel.

Last Friday, Lebanese Prime Minister Saad al-Hariri, a Sunni Muslim with strong ties to the Saudis, flew to Saudi Arabia.  A day later, he announced on television, from Saudi Arabia, that he was resigning. He indicated that he feared for his life, saying that he sensed an atmosphere similar to the one that existed when his father, Rafik al-Hariri, a former prime minister, was assassinated in 2007.

According to Al Arabiya, there had been an assassination attempt on Harari only days earlier, in Beirut. There had been hope that Harari would unite the various factions of Lebanon, but he now declared himself unable to do so:

“Hezbollah was able in past decades to impose a status quo in Lebanon through its weapons directed at the chests of Syrians and Lebanese,” he said. “The evil that Iran spreads in the region will backfire on it.”

There was a shocked response inside of Lebanon, with mixed opinions as to whether this resignation will, in the end, be good or bad for Lebanon.

Lebanese president Michel Aoun (pictured), who has the backing of Hezbollah, says he will not accept Harari’s resignation until he returns from Saudi Arabia. 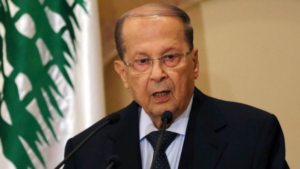 And here we come to another piece of this very involved story: There are charges by some Lebanese politicians that Saudi Arabia is holding Harari against his will and orchestrated the resignation to put pressure on Iran.

Denials have come from some Harari associates and from Saudi Arabia, but not from Harari himself.

The thinking of analysts who believe this is an opening volley by the Saudis against the Iranian proxy Hezbollah goes thus:

When Harari came into office, it was as part of an agreement in which Harari represented the Sunni Arabs of Lebanon and Aoun, as president, represented the Shiite Hezbollah.  Over time, however, Harari was no longer able to fight Aoun, and acceded more and more to Hezbollah demands.  Hezbollah used Harari as a cover to advance its interests.

There are, essentially, two things happening: One, as mentioned above, is that Hezbollah’s cover has been removed – its behavior is exposed for the world to see.

The other is that with Harari gone Hezbollah has free reign to more fully take over Lebanon. Some say that takeover has already been fully accomplished.

All this is taking place directly to our north and what happens is likely to impinge upon us.

One of the outstanding questions is whether the increased turmoil will bring Israel to move on Lebanon more quickly than might otherwise have been the case.  Some suggest that the Saudis – eager to see diminished Iranian influence – have generated the turmoil precisely to pressure Israel.

And so, once more, I must suggest that you stay tuned.