As a rule, it is not realistic to think we can achieve full clarity with regard to political acts or decisions. There is always so much we are not privy to, or fail to anticipate – so many interpretations that present themselves.

We can try to understand – indeed should try.  But what I am finding is that—in this period of enormous political flux—it is often quite difficult to make sense of what is happening.
~~~~~~~~~~
We can start with this:

In the small hours of last Tuesday morning, the Knesset passed into law—with a vote of 64 to 51— the “United Jerusalem Bill,” which requires a super-majority of 80 Knesset members, out of 120, to change the status of Jerusalem or to transfer areas of the capital to another entity within the framework of a diplomatic agreement.

This legislation will become an amendment to Basic Law: Jerusalem, Capital of Israel, passed in 1980, which states that “Jerusalem, complete and united, is the capital of Israel.”  Basic Law functions as Israel’s constitution for all practical purposes and has a weight greater than regular legislation. 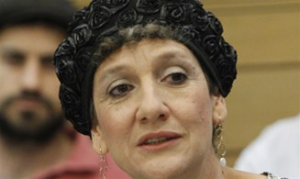 ~~~~~~~~~
I wanted to shout Wow! Because at first blush this seemed a mechanism for keeping Jerusalem safe from division, so that it can never be made into two capitals for two states.

But then, I took a closer look, and I saw that there are two problems:

1) The legislation cancels the article in Basic Law that prohibits changing Jerusalem’s municipal borders. This change was pushed through by Minister of Jerusalem Affairs Ze’ev Elkin (Likud).  Elkin is strongly nationalistic, and his goal here is certainly not to advance the possibility of two states. 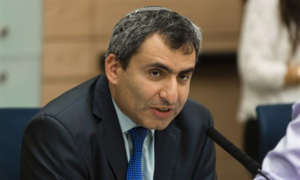 What he is said to have had in mind was removing from the municipality certain Arab neighborhoods that are beyond the security barrier (but within the municipal borders). Those neighborhoods would be established as a separate municipality — but still under Israeli sovereignty.   The two areas where this might apply are directly east of Atarot and east of Shuafat. 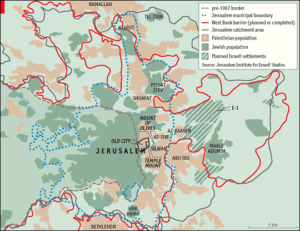 Could that separate municipality be transferred to the PA down the road?  What I am reading is that such a transfer would still require that super-majority.

“It’s very problematic.  It’s in the law out of necessity, because Elkin refused to promote it any other way. Bennett only wanted the first part [referring to the super-majority].” (Emphasis added) 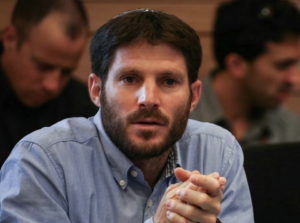 Such a repeal would not happen with the current coalition but it is impossible to predict what the future will bring. And so we are left pondering what the point of this legislation is.
~~~~~~~~~~
It should be mentioned that a law was passed in 2014 that requires a public referendum before any part of sovereign Israel can be ceded. This is an additional guard against surrender of land.
~~~~~~~~~~
Last I wrote, I mentioned an initiative being promoted by MK Yoav Kisch (Likud)—who is Knesset House Chairman and Co-chair, with Bezalel Smotrich, of the Knesset Eretz Yisrael Caucus.  This initiative would mandate that every bill that has passed the preliminary vote and is on its way to second and third readings and a final approval by the Knesset would also undergo a step to determine how it would be implemented in Judea and Samaria.

I have learned that this mandate would be via Kisch’s authority as Knesset House Chair.  It would be a Knesset regulation and not legislation.
~~~~~~~~~~
But now it has been announced that the Eretz Yisrael Caucus is hoping to advance a bill—not yet drafted—that would apply Israeli law to some parts of Judea and Samaria.  It is not certain whether the focus of this intended legislation would be Area C or Jewish communities (“settlements”).

As this proposed legislation does not yet exist, we will have to wait to see what it says. It would, in any event, obviate the need for Kisch’s Knesset initiative.
~~~~~~~~~~
All in all, we are dealing with a fair amount of confusion with regard to media reporting on these various plans and initiatives, and even in their description by legislators. Achieving clarity right now is difficult indeed.

Consider the item above, by way of example.  In its headline, the Jerusalem Post refers to a bill to apply Israeli law to “settlements.”  Inside it says that the proposed bill would apply to Area C.  Not the same thing. Is anyone paying attention?

The good news here is that right wing legislators seem to be actively seeking to advance a more nationalist agenda.

What I fervently wish, however, is that there would be better communication and coordination among the various parties, and that they would make some effort to agree upon goals, and upon terms.

Ideally, decision makers also need to take the time and trouble to consider the long term national ramifications of efforts that appear at first blush to be positive.  Frequently the purely political aspects (read: short term political gains) are upper-most in the minds of those advancing new efforts.  This is no surprise, and is hardly unique to Israel, but it is a source of great frustration.
~~~~~~~~~~
Many is the time that a reader has asked me about capital punishment for terrorists.  It certainly seems appropriate with regard to the perpetrators of the worst of the terror attacks, attacks in which several innocents including children have been massacred.  In addition to which, this would prevent efforts by Hamas to kidnap our people in hopes of effecting prisoner trades.

But each time, mindful of the prevailing Israeli ethic, I have responded: “It’s not going to happen.”

Recently, the issue was raised again and I thought that times had changed and we were about to institute some capital punishment.

But, as it turns out, this impression, too, was misleading.
~~~~~~~~~~
Maurice Hirsch, who served as director of Military Prosecution in Judea and Samaria, examined this situation in an op-ed on Sunday:

“On January 3, 2018, by a small minority, the Knesset approved the passage of preliminary legislation that would, in theory, provide the basis for a court to hand down the death sentence for terrorists in certain cases, in reality, the suggested legislation alone will change nothing, but appears to be no more than irrelevant populist political posturing.”

Hirsch explains that almost all terrorists are tried in military courts in Judea and Samaria.  What is more, judges in the courts cannot deliver a death sentence unless it has been specifically requested by the prosecutor, who must receive permission in advance from the political echelon.

As Hirsch tells it, the legislation that has passed changes very little. The first part broadens the circumstances in which a death sentence can be applied in a civilian court.  And the second permits a judgment by a majority of a three-person military court rather than only by a unanimous court.

“If the political echelon has decided to change the decades-long policy of not allowing prosecutions to request the death sentence, then those same people should instruct the prosecution accordingly…(Emphasis added here and below)

“On the morning of the sentencing pleadings for the murderer of the Solomon family, Defense Minister Avigdor Lieberman tweeted that the judges should ‘show courage’ and hand down the death sentence.  Is the defense minister unaware of the fact that according to precedent, unless the prosecution specifically requests the death sentence, the judges will not give it…?

“Twitter is not an alternative to making real decisions.”
~~~~~~~~~~
And so, we must keep in mind that meaningful change very often comes via stops and starts. With all of the lack of clarity and legislative confusion, I believe the country is, broadly speaking, heading in the right direction.
~~~~~~~~~~
There has been some interesting news about Palestinian Arab politics.  Interesting news… unexpected, and quite tentative: According to an unconfirmed report on Friday in the pan-Arab daily Al-Hayat in London, after the reconciliation between the PA and Hamas seemed to have met a dead-end, there may be a turnaround.  (If this really happens I’ll be as surprised as anyone.)

The major sticking point in negotiations was with regard to the Hamas militias and very extensive cache of weaponry. 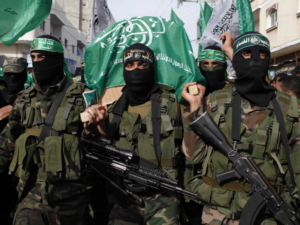 The PA demanded control, and Hamas leaders declared that only over their dead bodies would they agree to this. This was figuratively speaking, of course (as they don’t volunteer their own bodies lightly).  But they were serious when they insisted that the means for sustaining the “resistance” had to remain in their hands.

And it was Hamas’s Gaza chief Yahya Sinwar who was particularly adamant in this regard. 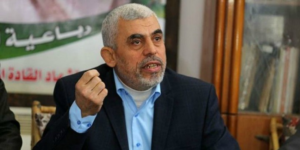 ~~~~~~~~~~
Now, according to Al-Hayat, the quid pro quo Hamas is demanding in return for turning over the arsenal of weapons and control of the militias is a leadership role in the PLO.

https://www.timesofisrael.com/hamas-said-about-to-hand-its-weapons-over-to-pa/
~~~~~~~~~~
The Palestinian Liberation Organization (PLO) is recognized as speaking for the “Palestinian people.”  It is the PLO that Israel negotiates with, when and if negotiations take place.  The Palestinian Authority is an interim administrative entity created by the Oslo Accords.

The PLO is an umbrella organization with a number of Palestinian Arab factions represented; Fatah, the party of Abbas and of Arafat before him, is by far the dominant faction.  Hamas has never been a part of the PLO but its leaders have long aspired to be.

Once inside, they would use whatever leverage was at their disposal to gain control.  While Fatah is not peace-loving by any stretch of the imagination, Hamas would pull it to a more overtly militant stance (thereby encouraging use of its weapons cache).   The ultimate goals of Fatah and Hamas are the same, but their public images and their methods have differed.  Hamas embraces “armed struggle,” while Fatah is prepared to deal diplomatically in an effort to bring Israel down one step at a time.
~~~~~~~~~~
According to this report, it is Sinwar, reversing himself, who has now embraced this idea. In light of Trump’s announcement on Jerusalem, he has decided that Palestinian unity is essential.

Husam Badran, Hamas spokesman, has put out an official statement saying that Hamas had received an invitation to attend the PLO Central Council meeting scheduled for January 14.  While At the same time, the Secretary of the Executive Committee of the PLO, Saeb Erekat, has indicated that decisions made by the Council at that meeting will be “fateful.”
~~~~~~~~~~
Do I think that this story has legs?  I do indeed because of other news that has surfaced.  All of this time, in the course of negotiations, Abbas has been holding out – refusing to pay for electricity into Gaza.  Now he has said he will resume payments and Israel is in process of reinstating the electricity.

Abbas did not do this out of the goodness of his heart, which would be a near impossibility, in any event.
~~~~~~~~~~