My first item today is with regard to something that happened yesterday, something shameful.  I also wanted to say “shocking,” but I’m not sure any of this shocks any longer:

The Israeli Foreign Ministry has just published four official brochures that make the case for Israel in strong and unapologetic terms.  They represent a significant step forward in official Israel advocacy.

Deputy Foreign Minister Tzipi Hotovely commissioned these brochures to provide information for pro-Israel student activists who do the important work of fighting BDS on college campuses.

Hotovely herself is in the States to deliver talks on college campuses. She has just spoken at Princeton and Columbia, and will be speaking at New York University. 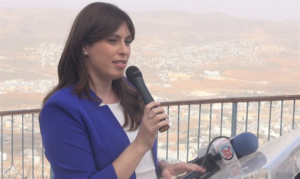 At Princeton, her talk – which was scheduled to take place at the Hillel House (otherwise known as the Center for Jewish Life) – was cancelled abruptly because of pressure brought to bear by the Alliance of Jewish Progressives.

This group, which took issue with the brochures, called Hotovely a “racist.”  The brochures, they say, “blatantly disregard any Palestinian claim to the land…Hotovely’s alarming vision for the future of the region is coupled with a complete rejection of Palestinian history and connection to key sites…

”We refuse to let Hotovely use us to legitimize her goals.”

It did not take much to convince Hillel fall into line with the position of the Progressives.  Clearly, they were on their way there already.  Rabbi Julie Roth, executive director of the Center for Jewish Life at Princeton, wrote to the Israeli Consulate in New York, explaining that Hotovely’s talk was indefinitely postponed…”until we can properly vet the program through our Israel Advisory Committee.”

Hillel, you see, has a policy of not sponsoring speakers who “foster incivility or promote racism.”

Does it get more disgusting than this?  These people are too far gone even to be ashamed.

There are several issues of importance to be addressed:

[] If you want to talk about “incivility,” there is the incivility, the out-and-out rudeness, of the way Hillel, a Jewish organization, behaved towards a Deputy Minister of Israel.

[] Then there is the all-encompassing embrace by Jews of the Palestinian Arab claims.  These Jews are lost to Israel, which is a tragedy of not incidental proportions.

[] And lastly there is the deliberate shutting down of opinions that challenge one’s own position.

This last is not a specifically Jewish issue.

This has become a disease in America today, and it threatens to destroy the very fabric of a once great democratic nation.

It is those on the left who behave this way: defining opinions that diverge from their own as illegitimate or inherently offensive, they work diligently to deny others a chance to be heard.

This behavior has become particularly endemic on college and university campuses, precisely the venues where there should be a vigorous exchange of ideas.

Hotovely wrote a letter to Roth at Hillel, in which she said:

“By cancelling this lecture, you are infringing on the fundamental academic freedom of the students.  You are denying the basic freedom of students to hear different points of view, to question, challenge and think for themselves.”

In the end, she gave her talk: at Chabad House.  More power to Chabad, as well!  It is not the first time that Chabad chapters have stepped up this way.

And what of the brochures commissioned by Hotovely?  There are four; from my perspective the one on “settlements” is most significant.

They can be found below.  Please share them with students you know:

Let me turn now to a completely different situation, which is still evolving:

I refer to the Islamic Jihad terror tunnel blown up by Israel last week. It resulted in the deaths of several members of Islamic Jihad and Hamas; preliminary reports indicated that seven terrorists (“operatives”) had been killed on the Gaza side.

We then learned that some who died were still inside the tunnel. It sounded as if those trapped inside were among the original tally of seven dead. Hamas sought to retrieve the bodies but Israel prevented them from doing so.  Appeals to the International Red Cross were to no avail.

Since my report on this, the situation has shifted.  It turns out, first, that there were five in the tunnel in addition to the seven who had been retrieved and buried by Hamas/Islamic Jihad. So the tally is now 12 dead.

On Sunday it was announced that these five are no longer in the tunnel: The Southern Command and Gaza Division had retrieved the bodies in the course of supplementary operations done to expose the tunnel and thwart its further use by the terrorists.  The bodies were discovered in Israeli territory.

On Monday, Prime Minister Netanyahu declared that Israel would continue to hold the bodies:

“There are no free gifts. We will bring our boys back home…” 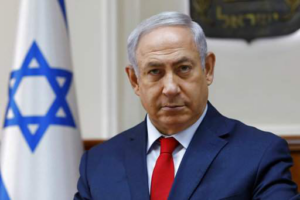 He was alluding to the bodies of IDF soldiers Oron Shaul and Hadar Goldin, and three Israeli citizens Avraham Mengistu, Hisham al-Sayed and Juma Abu Anima who at separate times, and reportedly suffering emotional problems, wandered into Gaza and were held. 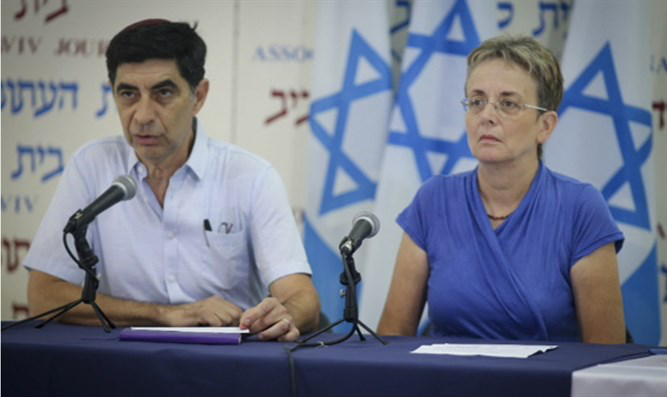 The parents of Hadar Goldin – Simcha and Leah, pictured – have appealed to the High Court to press the government to act to retrieve their son’s body.

At a press conference held before the appeal, Simcha declared (emphasis added):

“The security cabinet decided on a range of clear moves to exercise effective pressure – pressure which would cause Hamas to understand that holding onto IDF soldiers’ [bodies] is not an asset, but a burden.”

Examples given included limiting visitations to members of Hamas in Israeli prisons and refusing to return bodies of Hamas terrorists who died during their attacks.  The government has not done all it might, charged Goldin.

I myself recall times not so long ago when terrorists’ bodies were returned after an attack and I – surely with many others – was left scratching my head because I was certain that the Security Cabinet had said no more bodies would be returned.

The question to be asked, always, is why?  What would motivate the government to return these bodies?

Of course, the stakes are much higher now than when we are dealing with one family seeking return of the body of a terrorist son.  We cannot, we must not, appease or appear weak here.  They – Hamas, and Islamic Jihad, Hezbollah and Iran – are watching our resolve.

Islamic Jihad is threatening repercussions, but if we cave for this reason it would be regrettable. The need is to stand strong.

The Court on Monday gave the State 10 days to respond to the Goldins’ petition.

There is a great deal of shift in the Arab world right now, with regard to Lebanon and Saudi Arabia in particular.  I will save this for the next posting, when I will have the room to do justice to this important subject.