I struggled to find the right title for this posting – one that would properly reflect my revulsion with what is presently transpiring in the name of “advancing peace.”

I finally selected “revolting” because it reminded me (and here I really date myself) of the old Jackie Gleason classic comedy sit-com in which he frequently lamented, “What a revolting development!” 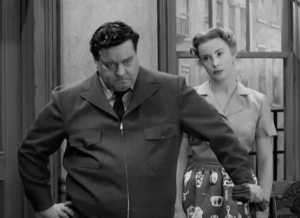 That’s what we’ve got folks: a “revolting development.”  Except our development is absolutely devoid of humor.

After I posted last, about the painful loss of Hadas Malka in a terrorist attack, I had a hope, slight as it might have been, that some key decisions makers would be jolted into coming to their senses.

I imagined that Abbas – having brushed aside his “peaceful” façade and totally exposed his murderous, non-peaceful intentions with the honorary military funeral he arranged for three terrorists and his silence regarding condemnation of their attack – would have made Trump and Greenblatt sit back and think twice about what they were doing.

I was foolish.  After all, even before this last terror attack, they seemed not to notice that Abbas told Secretary of State Tillerson that he was going to stop paying salaries to terrorists in Israeli prisons, but never actually did so.

As I wrote recently, Issa Qaraqe, head of the Palestinian Committee of Prisoners’ Affairs, had put out a statement saying:

“We reject ending the subsidies to the prisoners and families of martyrs. We will not apologize for it.

I referred to Tillerson then as naïve, which I still believe he is.

But now I also ask if the fact that a lying Abbas said he was going to stop terrorists’ salaries was sufficient for the Trump administration.  Never mind the inconvenient reality, which works against the possibility of peace.  Abbas’s promise alone could be brought out and touted as a “success.”  A success wrought by the Trump team.

Trump had seemed different – in some respects he truly is different, and I’ll return to a discussion on this in a posting soon – because he appeared to be ready to hold Abbas’s feet to the fire.  I hadn’t observed any president doing this before.  And so I thought, hmm… Then there were reports about his furious anger at Abbas, in their private meeting in Bethlehem.

But in the end, Trump too has turned out to be someone who favors appearance over substance.

Or, put another way, who does not intend to let reality interfere with his intentions.  Just brush it aside, as if it was of no import, and keep going.

“I call on the US administration – it was an important step by President Trump to bring up the issue of PA incitement, but we cannot fall for the tricks which Abbas is starting to play regarding the issue.

“He will assert that the payments to the families of terrorists are a type of welfare payment to families whose source of income has been damaged. And this is a boldfaced lie…

“Abbas is already trying to hide the payments through partial reporting of the PA budget, and through the establishment of fictitious bodies through which he funnels the funds.

“…Abbas has not only not condemned the murder of Policewoman Hadas Malka, may her memory be a blessing, but his political movement, Fatah, praised the three accursed terrorists…

“I call on the American administration not to ignore this…” 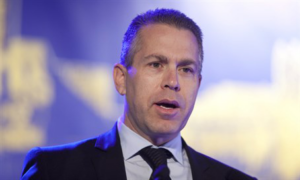 Special envoys Jason Greenblatt, who arrived Monday, and Jared Kushner (NO relation), who arrived yesterday, are here through the day today, Thursday.  Presumably their mission is to work on sounding out both sides on positions regarding a “peace deal.”

A White House official, cited by the JPost, said that “forging an historic peace agreement will take time…

“Even while working behind the scenes to advance direct, bilateral negotiations…we will continue to communicate with the relevant constituencies throughout the region to remind all that peace is possible…” (Emphasis added)

I would have been far more reassured if the official had said the administration wants to explore the issue of whether peace was possible. But I’m hearing that Trump has made this a “top priority” for his administration, is convinced that it is possible, and “will expect big results soon.”

That, if true, is a revolting development.

The Palestinian Arabs are pushing the Trump administration to set out a “framework for peace” before proceeding.  I read this as no more than an attempt to squeeze Israel.

Greenblatt and Kushner both paid shiva (condolence) calls to the family of the slain Hadas Malka.  At one level we might say this is gracious and lovely.  Jared actually went right from the airport.

These acts lend a “feel good” moment to the proceedings, and are particularly appropriate because both envoys are religious Jews.  There is no reason to doubt the sincerity of either party.

But there is another side to this.

“The US is publicly embracing Israel — that goes a long way when it comes to getting Israel to take risks.”

I’m surely no fan of Foxman, but am afraid he’s on to something here, although he sees it as a positive and I do not.

I see it as making Israelis more vulnerable.  Starting with our prime minister, who is being asked for “gestures.”

Last night, Jared, accompanied by Jason, paid a visit to Abbas in Ramallah. 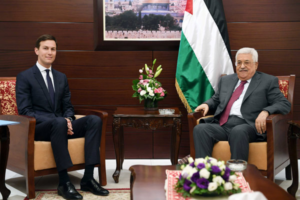 A White House release said the meeting was “productive.”

Reportedly, both Abbas and Kushner “reaffirmed their commitment to advancing President Trump’s goal of a genuine and lasting peace.”

So, forgive me, but this is nauseating.  How does anyone accept Abbas’s commitment to a genuine peace given his stance on terrorism?

And what does it mean that Jared, having already paid that shiva call to the family of Hadas Malka, sat with the man who praised the terrorists who murdered her and found the meeting productive??

Did he, in private, say, “Listen you so-and-so, unless you clean up your act and stop promoting terrorism we’ll have nothing to do with you, and will expose your hypocrisy to the world”??  Most certainly he did not.

So this is revolting nonsense with a pretty façade.

I am eager to put this out, and will return with additional information – regarding Netanyahu, the Security Cabinet, promises made and not necessarily kept, the context of broader Arab relations, and a great deal more.