So it certainly seems right now.

It was not an exaggeration when I wrote, 24 hours ago, that we were on the cusp of war.  The rockets were flying fast and furious, and the Israeli response was strong.  This went on through much of the night, with starts and stops. At least one Israeli house was hit.

The Iron Dome anti-missile system worked well, and was found effective against mortars as well as rockets. 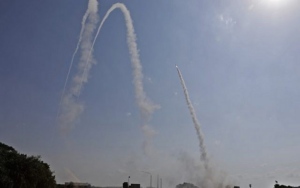 Hamas said there was an Egyptian negotiated ceasefire, and Israel said there was not.  Then, in the blink of an eye, the rockets started again.  And Israel attacked in Gaza again.
~~~~~~~~~~
By this morning, an uneasy quiet was in place. What seems to be the case is that there is an informal or unofficial ceasefire.  Israel says that as long as there is quiet in Gaza, there will be no Israel Air Force attacks.

Schools in the area were open today and people went back to their normal activities.
~~~~~~~~~~
Intelligence Minister Yisrael Katz today indicated that we know a lot more now than we did in 2014, and that it is being used to our advantage:

“The IDF knows how to do its job, it has very organized goals which were set in countless cabinet meetings. However, there is no Israeli-initiated plan to enter Gaza and bring down Hamas, despite all of the rumors in the media. Our policy is clear, and the targets hit are quality targets…

We have a lot of information. Today, we know a lot more than we did prior to Operation Protective Edge. Our enemy does not need to know what we know, and they will be very surprised when targets are hit. The moment the peace is disturbed, we will have no reason not to attack. It could be that our strong response to last night’s rocket fire was understood by the other side…

“…I’ll be clear: There is no suggestion that Israel act of its own initiative to bring down the Hamas government in Gaza.

“If such a suggestion would have come up, we would discuss it and its price…” 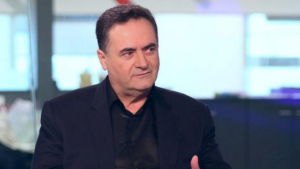 ~~~~~~~~~~
It would certainly appear that the speedy termination of the mortar and rocket attack was a result of our deterrence power:  Israel having hit Gaza hard enough so that Hamas will think twice about initiating further attacks now.  We see the speed with which they backed off and began to speak of a ceasefire.

Perhaps their “honor” had been recovered sufficiently in their own eyes following the failure at the fence.  What is clear is that the leaders of Hamas, while skirting on the edge of war, have no stomach for a re-run of 2014.  They do not want to provoke Israel sufficiently to bring about that result.

For that matter, neither is Israel eager for a war.  But our leaders have made it clear that we will not back down from doing what needs to be done if attacked. The ball, they are saying, is in Hamas’s court.  Hamas must know that if their behavior provokes sufficiently, our reaction will be war.
~~~~~~~~~~
I want to reiterate here what I referred to when last I wrote: whatever the statements made by some in the government or Knesset regarding re-occupation of Gaza, this simply is not going to happen.  This is clear from Katz’s statement now.

In my humble opinion, those who speak about this may not have adequately considered the cost in human terms of such a venture:  Hamas has miles of tunnels within Gaza, used not only for storing and transporting weapons, but for their combatants to hide from Israeli forces or jump out at them to attack and capture them. 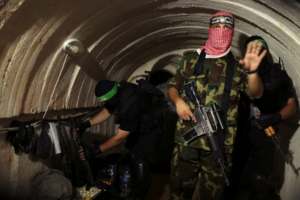 The cost that would be paid by our boys for them to take over Gaza would likely be horrendous.  And that is even before what would be needed to control that hostile population after Hamas was vanquished.

That we should never have left Gaza seems clear.  And the longing to return to what had been is palpable.  Please Heaven, some day.
~~~~~~~~~~
I had thought there was a possibility that an operation might be launched to take down Hamas, without permanently moving back into Gaza.  But it’s clear that this is not in the planning either.  Right now, the focus is on that deterrence.

With regard to Hamas, a major issue that would have to be considered is what would replace this group, were we to take it down but not move in to control Gaza ourselves.

There is evidence that ISIS in the Sinai has its eye on control of Gaza.  ISIS makes Hamas look moderate.

This just might be one of the reasons for reluctance to act decisively against Hamas now.
~~~~~~~~~~
In any event, it seems to me that this gambit by Hamas was a huge mistake for them, for they undid a major part of the good will they had been able to generate with the massively deceitful picture they had painted of themselves as “innocents” who were peacefully protesting – a picture much of the world was content to buy.

That fiction has been considerably blown now.  “Innocents” don’t launch rockets at a civilian population, and most especially not at kindergartens.

Israel’s support in the international community has risen remarkably, and there is the possibility – however modest! – that this might carry over just enough so that Palestinian Arabs will have a tad less sympathy in international forums such as the UN.  (Unless, of course, people forget by next week.) 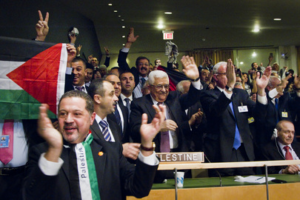 ~~~~~~~~~~
It is important to note that some of the rockets shot by Islamic Jihad over the last 24 hours were made in Iran.  Like Hamas, Islamic Jihad is an Iranian client/puppet, and the attack at this time may have been motivated in part by Iran’s severe frustration in other spheres, which I hope to get to in a posting soon.  It is not just Hamas, it is also Iran that is in need of “redeeming” its reputation.

Thus, Iran’s involvement in what has been happening in Gaza should not be discounted. Herb Keinon looks at this in his analysis: