Hey, I know politics are a fact of life, necessary for civil governance.  But it happens that a consideration of the political situation here is neither inspiring nor uplifting these days.  In fact, it is depressing.

I face the prospect of writing once again about our political situation, my friends, and recognize that I must tell you that there is still no clarity, no resolution.

I’ll get to our stalemate below, but have decided to shift gears for the beginning of this post.

On the second day of Rosh Hashana, I sat in shul and read from Jeremiah 31 2-20, which constitutes the Haftorah (prophetic reading following the Torah reading) for that day. It says, in part:

Hear the words of Hashem, O nations and relate it in distant islands, and say, “The One Who scattered Israel, He shall gather them in, and guard them as a shepherd does his flock.” 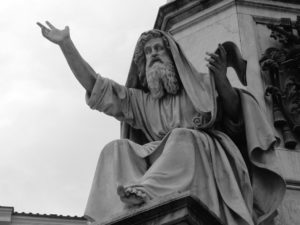 This rather puts things into perspective.  Worry unduly about the politics? Nah.  These words reflect the Rosh Hashana theme of Zikronot – Remembrance. The Almighty remembers his covenant with his people: Thus can we be comforted.

There is joy in participating in the ingathering of the people (kibbutz galuyot), no matter the difficulties.

During one Rosh Hashana meal at my daughter’s home, there were two lone soldiers at the table – one from the US and another from Australia.  This phenomenon of the lone soldier (chayal boded) is extraordinary: By the thousands young people leave their families and come to Israel to serve in the IDF.  I doubt that there is another situation such as this in all of the world. 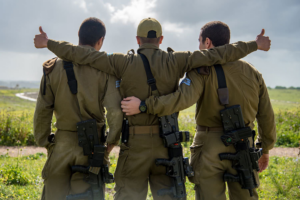 The army and auxiliary organizations provide special services for them, and families express a great readiness to open their homes to these young soldiers.

Three terrorists involved in the bombing terror attack that killed Rina Sherb  and wounded her father and brother, at a spring near Dolev, have been caught.  It takes time, but we always get them.  These three are from the Ramallah area and all members of the Popular Front for the Liberation of Palestine (PFLP).

This was a joint operation of Shabak, the IDF and Israeli Police. Below is a picture of the operation. 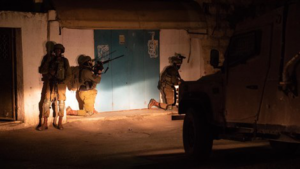 Shabak took the leader of the terror cell, Samer Mina Salim Arbid, for interrogation and received court permission to use “extraordinary measures” because Arbid was a “ticking time bomb”: other attacks were already in planning by the cell and had to be prevented.  It is my understanding that attacks indeed were prevented – explosives confiscated, etc. – as a result of that interrogation.

During the interrogation Arbid said he felt sick and was taken to the hospital, where he ended up in intensive care.  He has since recovered and will be interrogated further.

The harsh interrogation of Arbid was an act of pikuach nefesh – saving of life. But, naturally, there are Arabs (and not just the PA) as well as Arab sympathizers who see it otherwise and registered protest. Ofer Cassif of the Arab Joint List (the single Jew in the Arab Hadash party), for example, declared, “The use of torture is terrible and not allowed, no matter what it is directed against.” Translation: better that innocent Jews die in an attack than that an Arab should be tortured.

Note well: this guy, as well as others embracing similar opinions, sit in our Knesset.

It is obvious that the release of Trump’s “peace plan” is on hold because of the instability of our current political situation.  I have doubts as to whether it will ever be released.  Trump has his own major political problems now.  In fact, the political climate in the US is so toxic and terrible it makes us seem stable and reasonable by comparison.

In a recent interview, US Ambassador to Israel David Friedman indicated that he has not given up hope that the PA might still be forthcoming in time.  Israel does not have a better friend than Friedman, but this strikes me as pie-in-the sky thinking.

At his speech delivered at the UN General Assembly just days ago, Mahmoud Abbas declared that “Even if I had only one penny, I would’ve given it to the families of the martyrs, prisoners and heroes.”

I won’t even deal here with the fact that Abbas received applause for this statement.

How, how can decent, well-intentioned people imagine that “peace” is possible with this man and his cohorts??

The new Knesset (the 22nd, elected on September 17th) was sworn in on Thursday, but ceremonies were muted because of recognition that a third election (perish the thought!) was still a possibility. 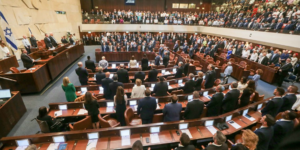 Yuli Edelstein, Speaker of the Knesset (and one of the good guys, in my book), will continue to serve on an interim basis until a government is established. 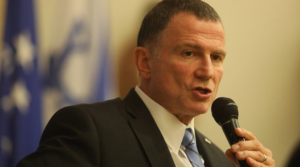 The temporary Knesset Committee on Foreign Affairs and Defense held its first meeting after the Knesset swearing in on Wednesday, at which time the Knesset Regulatory Committee announced that Gabi Ashkenazi, former IDF Chief of Staff and currently fourth on the Blue and White list, would serve as the committee’s new chair.  He is replacing Avi Dichter, former Shin Bet director and Likud member. I am not particularly excited about this. Political motivations can be discerned here.

On Wednesday, the hearings regarding possible indictment of Netanyahu on various charges began. Netanyahu himself is not present during these hearings; he is represented by a cadre of lawyers who present Netanyahu’s case to the attorney general and members of the State Attorney’s Office. 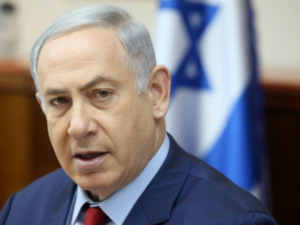 The first day – which lasted 10 hours and was then continued on Thursday – was devoted to what is known as Case 400, which includes the most serious charges of corruption. Two days in the week ahead were supposed to be devoted to the other charges, but as the first charge hearing has not yet wrapped up, the timing may be extended.

“We are going to present not only the evidence everyone is aware of but also new evidence. We are sure that once we present our findings there will be no choice but to close the case.

“We believe and know that at the end of the day all the three cases must be closed.”

Now, it is certainly not a given by any means that because the prime minister’s lawyer says they can secure the closure on all cases it will be so.  How much weight should be given to his declaration about new evidence is something I cannot speak to.  Netanyahu throughout has maintained his innocence and has expressed a great desire for the public to know all of the facts, which he maintains demonstrate his innocence.

What I will speak to is the highly politicized and frequently outrageous nature of this whole legal extravaganza, a good deal of which has struck me as nonsense.

“Netanyahu is one of the least corrupt people this system has known.

“…the system is also in a kind of campaign. So if you ask me, personally, I really hope that the system can pull itself out of this, because this isn’t how you hold a hearing.

“I am convinced, that anyone, who is not an obsessive Bibiphobe, would tend to agree that ‘[t]he unrelenting drive to bring an indictment—any indictment—against Netanyahu has long exceeded the bounds of reasonable law enforcement.’”

I will point out here – there is much misunderstanding on this – that after the hearing is over, the attorney general will take many weeks to make a decision on indictment.  It is estimated that this will take until January.  And at this point, despite the hoopla, it is not clear if there will be an indictment.

Yet, the media treats the indictment as pretty much a foregone conclusion and Gantz has made the issue of indictment a key part of his “negotiations”: He won’t share leadership with someone who has been indicted.  This is in spite of the fact that Netanyahu has agreed to take a leave if he is indicted, and Rivlin made other suggestions addressing this issue.

As to the stalemate, which is sufficient to make one’s head spin, I will give only a brief summary. 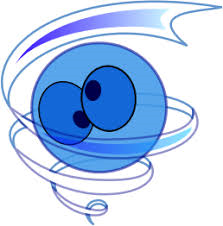 After Likud-Blue and White negotiations failed before Rosh Hashana, there were reports that Netanyahu was going to return the mandate to President Rivlin.

But he didn’t. I made the foolish but understandable assumption that he may have held on because he saw the way clear, finally. Negotiations were attempted again after Rosh Hashana but immediately stalemated, with Gantz declaring that the time was “not yet ripe.”  There are two issues.  One is getting rid of Netanyahu (the possible indictment being a handle for this), and two, negotiating with Likud alone, without the entire right-wing bloc – something the prime minister has steadfastly refused to cooperate with.

There has been talk about a Likud primary to determine leadership of the party.  This is a key matter as the opposition is clearly attempting to take down Netanyahu, while members of Likud maintain that he was elected democratically and cannot be summarily removed. Talk has been floated and then withdrawn regarding a primary a year from now or a snap primary now.

Aryeh Deri, head of Shas (the Sephardi haredi party) called on Gantz to come forward and agree to a coalition to save the nation.

Late on Wednesday it was announced that Netanyahu was going to be meeting with Lieberman.  The prime minister spoke about not wasting the nation’s time, and seeing what was possible.

Once again, there was the subtle suggestion of a possible breakthrough that turned out to be completely without merit.

My thought had been that perhaps Lieberman was willing to make the coalition, without Blue and White, thereby ending the stalemate. This would have meant accepting the presence in the coalition of religious elements.

But no such thing was in the offing and the talk between Netanyahu and Lieberman was a bust.

One might say that his rationale is to have a more inclusive government.  However, he still rejects the participation of the haredi parties and Yamina, which he refers to condescendingly as “messianic.”

After Netanyahu does turn back the mandate (which we can assume looks very likely), the best bet is that the president would then give it to Gantz.  But he has even less chance of succeeding than Netanyahu.  Before the nation goes to a third election, there is apparently a third option, with the mandate going to another MK (someone well-liked and respected such as Yuli Edelstein) to form a coalition.

And here I leave it for now, to be picked up after Shabbat. I promise, there will be no lack of matters to write about.