Until late yesterday Israelis were facing the unpleasant prospect of an early election brought on by the collapse of the coalition.  The presenting issue:  Inflexible ultra-Orthodox party (UTJ and Shas) demands for blanket yeshiva student draft exemptions facing off against the inflexibility of Defense Minister Avigdor Lieberman (head of Yisrael Beitenu), who insisted that everyone should serve.

The difference in positions was real and heated, but in the end there was some bend in those “inflexible” positions.  It would have served neither side well to have had to take their chances with a new coalition.  Never mind that would it have served the nation ill at this tense time.  It was Naftali Bennett who early on made this point – which was finally articulated by coalition members once agreement was achieved.

We are, hopefully, past all of the drama and back to business now.

~~~~~~~~~~
There are those who are certain that the prime minister (“I’m working as hard as I can to save this coalition, but we’ll win if we have to go to elections”) was directing this drama because it was actually to his advantage to go to elections.  Polls—indicating what would happen if there were elections now—were being tracked very assiduously.  In the end, he negotiated the complex compromise that made it possible to avoid early elections.  And so, while I mention this, I prefer not to speculate on Netanyahu’s motivation.  Because that’s all it would be: speculation.

In the computer world there is a term “what you see is what you get,” which refers to fonts.  Fonts are easy. In the political world, this is almost never the case, as actions and statements are fueled by a variety of hidden and often competing factors.
~~~~~~~~~~
I do not intend to describe in any detail the stratagems that were employed in arriving at the compromise. Suffice it to say that the budget will be passed (an essential element of what had to transpire), Lieberman’s party will have had a chance to protest a draft bill advanced privately by the ultra-Orthodox, and in the end, after the Pesach recess, there will be a different bill supported by the coalition that provides a formula for some military service by the ultra-Orthodox, coupled with new protection against major draft requirements being imposed upon them.  I will likely return to this when the new legislation is advanced.

I found Naftali Bennett’s observation on this situation to be helpful:

“The ‘coalition crisis’ is hollow, there’s nothing in it…

“The truth may not be popular, but I’ll say it anyway: There is a draft compromise, which takes into account the fact that over the past decade, more and more haredim [ultra-Orthodox] are drafting into the IDF each year.  If anyone thinks that the IDF can, and knows how to, integrate dozens of thousands of haredim all at once – he is mistaken. The IDF wants exactly this pace.” (Emphasis added)

And the Minister of Defense, who was ostensibly demanding full conscription, didn’t know this?
~~~~~~~~~~
Another piece of good news that came our way yesterday is that Secretary of State Rex Tillerson, who has been no friend to Israel, has been fired by the president because their positions were too often at variance and there was no working chemistry between them. It is reassuring to see that Trump is in control of his administration.

Tillerson’s successor, Mike Pompeo, is looking very good.  His background is impressive: graduate of West Point, army service, doctorate from Harvard law school, experience as a Congressman and as head of the CIA.  A staunch supporter of Israel, he is also a strong opponent of the Iran deal.  Described as exceedingly intelligent and very capable, Pompeo is said to have a positive synergy with Trump. 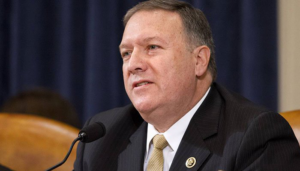 During these difficult times, it inspires confidence to know someone of his caliber will be working alongside the president.
~~~~~~~~~~
We have been hearing Prime Minister Netanyahu talk for some time about how Israel’s relationship with certain Arab nations is shifting. And here we have growing evidence that this is the case:

According to Al-Araby (London), when Saudi Crown Prince Mohammad bin Salman was in Egypt last week, he met with “senior Israeli officials.” 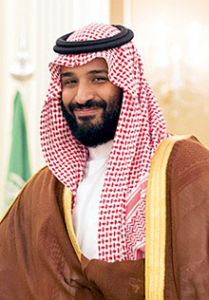 “The report said the meeting focused on the normalization of ties between Israel and Saudi Arabia.”

https://www.algemeiner.com/2018/03/09/report-saudi-crown-prince-meets-senior-israeli-officials-in-egypt-discuss-future-ties/#
~~~~~~~~~~
Also last week, in yet another sign of their shifting policies, the Saudis gave permission for Air India to fly to Israel via Saudi airspace.  It has been decades since the Saudis permitted use of their airspace for any flight to or from Israel.

“Trump administration officials worked the phones for weeks to bring Israeli and Arab diplomats around the same table at the White House, and finally succeeded in doing so for the first time on Tuesday.

“Senior administration officials said that several parties to the US conference, which focused on the dire and pressing humanitarian plight facing the Gaza Strip, had expressed that ‘they could not be in the same room as each other.’

“And yet, ‘we had discussions with them, and everybody realized the importance of being in the room,” one senior official told The Jerusalem Post after the six-hour conference…”

(Not quite everybody: I note that Jordan and Egypt seem to be missing. We’re looking at the Gulf States. Qatar may be a factor here.)

“The discussion brought national security officials from Israel, Saudi Arabia, Qatar, the United Arab Emirates, Oman and Bahrain together for an exceptional diplomatic moment – the possible start of a regional dialogue over Israeli-Palestinian peace, ahead of the publication of a peace plan by the Trump administration meant to comprehensively end claims to the conflict.”

http://www.jpost.com/Arab-Israeli-Conflict/Convening-Israelis-and-Arabs-White-House-says-Gaza-central-to-peace-effort-545022
~~~~~~~~~~
“…the PA,” however, “rejected the administration’s offer to join the White House conference…

“The peace team (the conference was led by Kushner and Greenblatt) is optimistic that it was able to bring together Israel and Arab powers – if not the Palestinians themselves.”
~~~~~~~~~~
This is one small indication of the fact that Mahmoud Abbas and his PLO associates are, quite literally, losing it. 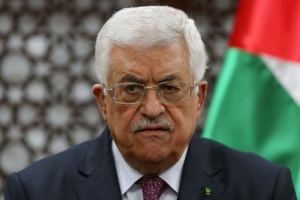 By declaring an up-front rejection of Trump’s yet-to-be-unveiled peace plan, they are alienating themselves not only from the US, but also from the moderate Sunni nations.  If Abbas imagines these nations will stand with him in his rejectionist policies, he is fantasizing.

It is possible that he has not quite grasped the enormity of the change in the political dynamic that is taking place. Palestinian Arabs are no longer at the center of concern for the Arab nations, Iran is.  And to that end, allying with the Trump administration is critical for the Sunni states.

These Arab leaders are quite tired of Abbas, and I believe they are prepared to hang him out to dry.
~~~~~~~~~~
But it is almost certain that something else – in addition to Abbas’s inability to fully grasp the new dynamic – is fueling his position:  Nearing retirement age, he surely hopes to die, when the time comes, in his bed: Abbas is running scared of his own people, who would not under any circumstances countenance a deal between the PLO and Israel that included concessions and, worse, “end of conflict.”  End of conflict is a declared goal of the Trump peace team. Abbas has to run in the other direction.

Abbas reportedly “told the Fatah Revolutionary Council in Ramallah recently that he does not intend to end his life as a ‘traitor’ by signing any agreement with the Jewish state that does not live up to Palestinian aspirations and demands.” (Emphasis added)

The ultimate “Palestinian aspiration” is Israel’s destruction.
~~~~~~~~~~
Abbas has been advised by Arab nations to take what he can with the Trump deal. According to the Egyptian newspaper Al Shorouk, one “prominent figure” from an unnamed Arab country told Abbas:

“A realistic reading of the situation makes it imperative that the Arabs and Palestinians accept whatever is available. Wisdom requires accepting the maximum of what is available now.  The dealing should be in accordance with the logic of ‘take and negotiate’…” (Emphasis added)

This new Arab pragmatism is encouraging, but it simply does not speak to Abbas’s concerns.
~~~~~~~~~~
If you want to know just how far off the deep end the Palestinian Arabs have gone, consider this:

Saleh Rafat, an executive committee member of the PLO, has told the official Voice of Palestine radio station that Palestinian Foreign Minister Riyad al-Maliki (pictured) will be flying to the Hague to press charges against the US at the International Criminal Court because of Trump’s official recognition of Jerusalem as Israel’s capital. 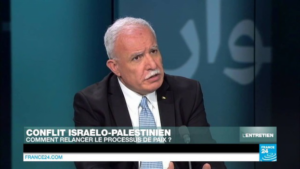 Trump’s recognition, charges Rafat, has “violated all international laws and resolutions.”  All?  Do they not realize how unserious this makes them?
~~~~~~~~~~
I want to close with a fascinating analysis by Evelyn Gordon of Trump’s recognition of Jerusalem as Israel’s capital:  “How the Embassy Move Signals Big Changes to the Iran Deal” (Emphasis added):

“The decision to relocate the U.S. embassy has turned out to be a strategic building block in Trump’s effort to renegotiate the nuclear deal with Iran.

“To understand why, consider the dilemma facing his administration when it first took office. Without a serious American threat to scrap the nuclear deal, there was no chance that even America’s European allies–much less Russia, China and Iran–would agree to negotiate a fix for some of the deal’s biggest flaws. Yet conventional wisdom held that the administration would never dare flout the whole rest of the world, along with virtually the entire U.S. policy community, by withdrawing from the deal. So how was it possible to make the threat seem credible short of actually walking away from the deal?

“Consequently, this turned out to be the perfect issue to show that Trump really would defy the world and nix the Iran deal if it isn’t revised to his satisfaction. In fact, the process he followed with the embassy almost perfectly mimics the process he has so far followed on the Iran deal…

“…The third time, he signed the waiver once again [to prevent sanctions on Iran from being reinstated], but explicitly threatened that this would be the last time.

“If it weren’t for the embassy move, this threat would be treated in capitals around the world as so much bluster. Instead, world leaders are forced to take it seriously…

“But it just goes to show that the right thing is also sometimes the smart thing….if anything meaningful does come of this effort–even if only a modest improvement, like cracking down on Iran’s ballistic missiles–it will be largely because Trump did the right thing on Jerusalem.” 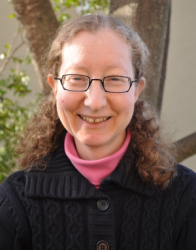 ~~~~~~~~~~
Gordon wrote this before Tillerson was fired.  Trump’s choice of Pompeo, it seems to me, further signals the world that the president is serious on Iran. (There are reports that Tillerson was sacked in good part because of how he was handling Iran.)
~~~~~~~~~~