From Israel: One Foot in Front of the Other

“One Foot in Front of the Other”

My friend – who on occasion says to me, “Sometimes you just have to put one foot in front of the other and keep going” – will undoubtedly recognize herself here. 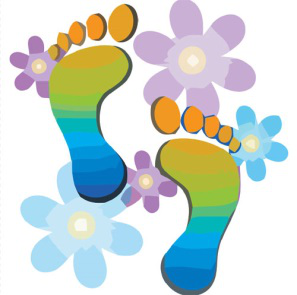 When the situation is not to our liking, we must keep going, without despair, heading in the right direction.

There is so much that is going on that is vile and frustrating and absolutely senseless.  But, at the same time, there is purpose and promise and achievement that we must focus on.

Today I simply want to touch a number of bases.

On Monday, Jason Greenblatt, the US special envoy for negotiations, slammed Hamas on twitter, saying that “Hamas, which has only brought ruin and misery to Palestinians, now begs Iran for help and again vows to destroy Israel.”

A reassuring sign that the Trump administration was not smiling on the “reconciliation” between Hamas and Fatah and was clear-eyed with regard to Hamas.

Greenblatt was referring to the fact that a high level Hamas delegation had gone to Iran on October 20 to strengthen its relation with the Iranians, while Hamas leader Yahya Sinwar declared “the discussion is no longer about recognizing Israel but about wiping Israel out,” and that anyone who thinks Hamas would sever ties with Iran is “delusional.”

Then, on Wednesday we learned that Vice President Mike Pence will be coming here in December, during Chanukah. 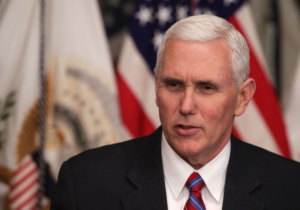 According to the White House, he’ll discuss the prospects for a Middle East peace agreement in separate meetings with Prime Minister Benjamin Netanyahu and Palestinian Authority President Mahmoud Abbas. 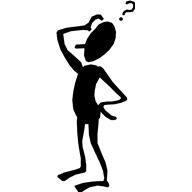 This is no more than a throw-away line, in my opinion – although the meetings will likely take place to demonstrate the determination of the US government to work for peace.

The direction Trump is headed in is regional peace, with the Israeli-Palestinian Arab conflict de-emphasized.

Mike Pence is a good guy, absolutely pro-Israel.  His visit in fact encompasses several other purposes, from discussion about Iran to speaking out about persecution of Christians.

And that “reconciliation agreement”?  It is so up-and-down, public comments so conflicting, that it is difficult to keep track of it all.

On Tuesday, Hamas’s Sinwar declared, to the surprise of many, that the weapons he had sworn would remain under control of Hamas should be controlled by the PLO:

Some people are reading this as a sign that there will be true unity.

However, my friends, I read it quite another way.  It has been a long time since there was first talk about Hamas being allowed into the PLO, which – although ostensibly an umbrella organization consisting of many Palestinian Arab factions – is dominated if not controlled by Fatah.  Hamas would never allow PLO control of its weapons unless it had been given a significant role in the PLO; once inside, it would seek to influence policies and ultimately take over.

Consider the implications of this.

Technically it is not the PA but rather the PLO with which Israel negotiates.  (Sometimes there is confusion on this score because many of the same persons are at the helm in each entity.)   It is widely recognized as the “sole legitimate representative of the Palestinian people” and has observer status at the UN.

Netanyahu spoke of Blum as the right man for the job, and indicated that there was “a moral and human obligation” to bring home the two captive Israeli citizens – Avraham Mengistu and an unnamed Bedouin (with some sources alluding to a third citizen), reportedly both mentally ill, who wandered into Gaza and were being held – and the bodies of the two soldiers, Oron Shaul and HaHadar Goldin (pictured immediately below), held by Hamas since their deaths in the last war in 2014. 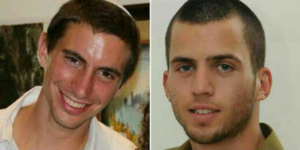 This situation is fraught with intensity, however, and the prime minister’s news was not well received in all quarters: Blum was connected to the negotiations with Hamas in 2011 that brought home Gilad Shalit; it required a ransom of over 1,000 Hamas prisoners in exchange.  This exchange was agreed to by the prime minister in response to an enormous public relations campaign run by Shalit’s parents.

Many, yours truly included, adamantly opposed that deal: innocent people subsequently died in attacks perpetrated by some of the terrorists who had been set free.

This should not, must not, happen again.

There are reports that Egypt is trying to mediate arrangements and I’ve read of some unsettling (though hardly surprising) demands on the part of Hamas – not confirmed from our side.  They include a demand that we release all those prisoners freed in the Shalit deal who were then re-arrested for terror acts before they will even consent to negotiations in the present.

Justice Minister Ayelet Shaked said this week that, “As long as HaBayit Hayehudi is in the government, we will not release terrorists. What happened in the Shalit deal will not be repeated.”

Blum has made reference to a series of recommendations on how to handle securing release of Israelis held by enemies; they had been drawn up by the Shamgar Commission, headed by former Supreme Court Chief Justice Meir Shamgar, in the course of four years of deliberation. They were submitted to the prime minister after the Shalit deal, but have never been officially read, never mind officially accepted.  (Shades of the Levy Report.)

The recommendations include limits on the influence of family, restrictions on the number of prisoners that can be released, never trading live prisoners for bodies, and more.  Not insignificantly, the Commission recommended that this issue be moved from the jurisdiction of the prime minister’s office to the Defense Ministry.

I think Rami Igra, former head of the Prisoners and Missing Persons Division of the Mossad, has it right. 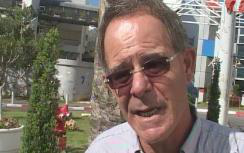 “At this stage, leverage must be applied on the Hamas leadership. When we operate in Gaza, we can’t make a worse humanitarian crisis. What we have to do is create a situation in which the Hamas leadership will pay a heavy price for holding the civilians and the bodies of the soldiers…I understand that Defense Minister Lieberman did not really want to appoint a new coordinator [note: because there would be no negotiations], and he is certainly right.

“When we stop letting the Gaza ‘royal family’ to receive treatment in Israeli hospitals, and when we take action against their bank accounts, then the situation will change because their lives will become unbearable. They will think twice.” (Emphasis added)

Israel allows members of Hamas and their families to receive treatment in our hospitals?  That’s the same Hamas that is sworn to destroy Israel?

We do, although I’d be painfully hard put to explain why.

I have been writing a good deal about the need for Israel to stand strong.  But in this situation our government falls short, so that we are not as tough as we need to be.

Research led by molecular cell biologist Ravid Straussman of the Weizmann Institute of Science has led to the discovery that bacteria hidden in cancer cells may hinder the effectiveness of chemotherapy.

This research suggests that chemotherapy treatment combined with antibiotics may be significantly superior to chemotherapy on its own.

The Israeli medical devices start-up CorNeat Vision has developed a revolutionary artificial cornea implant that holds out hope to millions of blind and visually impaired people suffering from diseases of the cornea.

The nanotech solution is a synthetic cornea that uses advanced cell technology to integrate artificial optics within ocular tissue.