No one ever said it would be easy.

When something turns out as we hoped it would, we might murmur “Fantastic!” and allow ourselves a momentary sense of ease or satisfaction. But in no time at all – bang! – we are likely to confront a stumbling block. Then we might murmur “Oi!”

But if we’re smart, we keep going.

This is life, is it not?

Today I begin with good news:

Last Thursday, the Senate Foreign Relations Committee approved the nomination of David Friedman as US Ambassador to Israel.

All 11 Republican members of the committee voted for him, as did Democratic NJ Senator Bob Menendez.

The vote by the full Senate should take place shortly; it is expected that Friedman will be passed without a problem.

Friedman is a good man. He already has a home here in Jerusalem, and he has indicated that he will work in Jerusalem, not at the Embassy, which at this point is still in Tel Aviv.  (No, he will not work out of his home.) 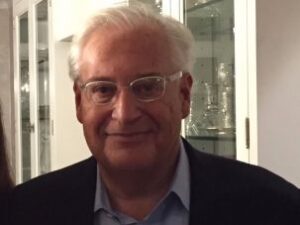 But – bang! – at just about the same time the Committee approved Friedman, according to the Conservative Review, Michael Ratney was selected to head up Israeli-Palestinian Arab relations at the State Department.

I’m going to hedge this a bit, as I found the announcement at the State Department to be just a tad tentative. In addition to which, we have to remember that Ratney would play a role in the State Department, not within the Trump Administration more broadly.  He is not a Trump appointee.

But, IF this is true, it reminds us that the cogs of the anti-Israel bureaucracy of the State Department continue to turn, and that all is definitely not sweetness and light at Foggy Bottom.

Ratney was a close confident of Kerry, which perhaps tells us all we would need to know about him. He served as US Consul General in Jerusalem.  This means he was de facto “ambassador” to the PA, which is worth a double “Oi!”

Meanwhile, Jason Greenblatt – long time Trump advisor who has now been appointed as an administration special envoy on the “peace process” – arrived here on Monday.

Greenblatt – who is not coercive in his approach, at least not now, and has been most gracious in his interaction with Prime Minister Netanyahu – is here to discuss “settlements” and explore what is possible in order to re-start talks. He is said to be in “listening mode.”

“I hope we’re going to do great things together,” Greenblatt told Netanyahu.

That’s intended to be encouraging and warm. But for me, as for many others, the mere suggestion of promoting “peace talks” between Israel and the PA generates a major stomach ache. Haven’t we been around on this enough times already?

Apparently Greenblatt has been charged, along with Israeli Ambassador to the US Ron Dermer, with working out an “understanding” on acceptable levels of building in communities in Judea and Samaria. (I believe this was set in place when Netanyahu was in Washington.)

This, too, generates unease. I am mindful that this is a huge improvement over the Obama position, which was that no level of building in Judea and Samaria was acceptable – that “settlements” were the cause of all the troubles here.

And yet, as I have previously pointed out, it’s one thing to make our case to the American administration in order to minimize friction and enhance understanding of our rights and our situation, and yet another to restrict ourselves in accordance with the dictates or expectations of another country. (See more about this issue following.) 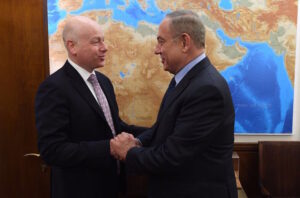 Within the framework of his “listening” effort, Greenblatt also went to Ramallah yesterday to speak with Abbas and associates.

Why did he do this? Because there is a disease endemic to new American presidents called, “I can solve the Arab – Israeli conflict even though none of my predecessors could.”  It is highly contagious and has now infected Donald Trump, although he seems to have a mild case.

Before Greenblatt arrived, Trump had already placed a call to Abbas. That was last Friday, and according to a White House statement, “The president emphasized his personal belief that peace is possible and that the time has come to make a deal…The president noted that the United States cannot impose a solution on the Israelis and Palestinians, nor can one side impose an agreement on the other.”

Caroline Glick has come out with a harsh critique of Trump’s readiness to switch to negotiations mode. She is certain Trump is deluding himself with regard to the PLO.

But I’m just a bit less perturbed at the moment, and feel we have to see how this plays out. IF (I always qualify) Trump is sincere in what he says about his approach, this may yet all come to naught.  I have been attending carefully to the statements that have been put out, and I find them more moderate than might have been the case.

Some analysts apparently see Trump’s comment to Abbas, that “now is the time to make a deal,” as a veiled warning: you don’t have time to do more stalling. Get your act together or else. Maybe. I am not convinced of this.

According to Bloomberg, Greenblatt is supposed to determine “whether tangible progress can be made towards peace.” (Emphasis added)

When it becomes clear that, for all his high-flying words, Abbas is never going to recognize Israel as the Jewish State, and that he will insist on a Palestinian state that extends to the 1949 armistice line, how will Greenblatt report? Will he advise moving forward anyway? (More on this below.)

After a six hour meeting between Netanyahu and Greenblatt on Monday night, the joint communique that was released spoke about:

“…true, sustainable peace between Israel and the Palestinians that will strengthen Israel’s security and stability in the region.”

Please note that this does NOT speak about “a two state solution.” A very distinct improvement, never mind that “true, sustainable peace” is also a pipedream.

According to a report that surfaced late on Tuesday, insiders say that during Netanyahu’s lengthy meeting with Greenblatt, the Prime Minister “remained true to his pledge to the evicted residents of Amona, and intends to make good on his promise to build a replacement community in the Shilo bloc of Samaria.

“Officials close to Netanyahu say he outlined his plans to build the town during the meeting with Greenblatt, though the Prime Minister said little publicly about the content of the talks.

“’In connection with my talks with Greenblatt,’ the Prime Minister said during a question and answer session with the press Tuesday, ‘I have to say we had a good, substantive talk. I can’t say that we finished or reached any agreements; this is a process, but it’s a process of mutual communication, honest and sincere in the best sense of the word.’”

There is nothing ominous in this version of events. Most importantly, if our prime minister – having made the case with Greenblatt for a replacement town for Amona’s evicted residents (which is itself good news) – then proceeds to do what is right without relying on “permission,” then we’ll know we’re getting somewhere.

Reports about Greenblatt’s meeting with Abbas and associates are less reassuring. 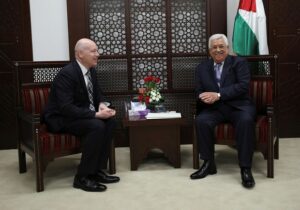 Abbas, who knows very well indeed how to play it, declared to Greenblatt that with Trump an “historic” peace deal is possible.

According to a readout from the US Consulate in Jerusalem (the same one where Ratney served): Abbas committed to combatting Palestinian Arab incitement.

Words are terribly cheap. The question is whether the Trump administration is going to hold Abbas’s feet to the fire.  Will they monitor Palestinian Arab textbooks, and ensure that no “salaries” are paid to terrorists in Israeli prisons, and that no sports events or streets or town squares are named for terrorists?

On the agenda for the Ministerial Legislative Committee for Tuesday was the application of sovereignty over Ma’aleh Adumim. At the request of Coalition Chairman MK David Bitan (Likud), Naftali Bennett, Chair of Habayit Hayehudi agreed to postpone the discussion.

The postponement was sought because of concerns of PM Netanyahu and Defense Minister Lieberman that it would seriously damage the relationship between Israel and the US if this were discussed while Greenblatt is here. (Shades of the flap that ensued when building in the Ramat Shlomo neighborhood was announced while VP Joe Biden was here. Remember?)

Bennett, however, agreed to a postponement of a week, not the month that Bitan had requested. By Sunday, Greenblatt will have left.

“There’s no justification in hiding from our friend overseas the broad public support for imposing Israeli sovereignty over Ma’ale Adumim.”

He published a poll indicating that over 80% of the Israeli electorate was in favor of sovereignty for Ma’aleh Adumim, saying that these findings should not be hidden from Greenblatt and the White House, because friends don’t hide the truth from friends.

I believe that is the point. 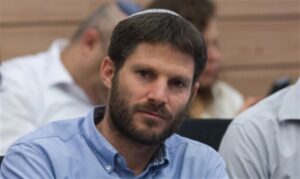 I cannot close this posting without mentioning that PM Netanyahu took a short trip to Russia to speak with Putin last Thursday. The top item on the agenda, once again, was Iran.  The dynamic in Syria is changing rapidly and is seriously worrisome:

“The concern in Jerusalem is that the Russian-backed Assad regime’s victory over ISIS-affiliated forces will pave the way for Iran, Assad’s other ally, to fill the vacuum created by ISIS’s departure to gain a lasting foothold in Syria. An Iranian front on Israel’s northern border – and not just via its Hezbollah proxy – would be a strategic nightmare for the Jewish state.”

“We have a red line, a boundary that we will not allow to be broken. Iran will not be allowed, using Hezbollah, to use Syrian territory to attack us and open up another terrorist front against us in the Golan…We have made a point of staying out of the Syrian conflict, with two exceptions: treating wounded Syrians on a humanitarian basis and preventing Iran from using Syria to attack Israel or to transfer sophisticated weapons to Hezbollah. We don’t know what will come of Syria but in any arrangement, it cannot be an Iranian base for terrorism and aggression.”

Take Bibi at his word with regard to the red line. This is not just idle talk. 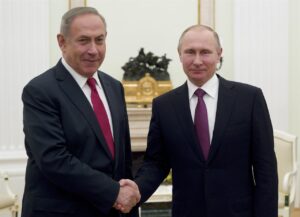 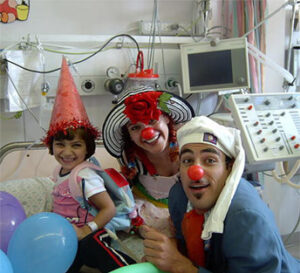