From Israel: Miracles Great and Small 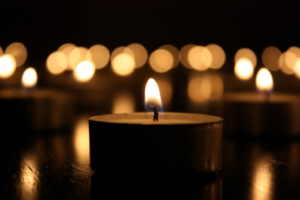 Here we are, in the midst of Chanukah celebrations, which mark miracles for the Jewish people, most significantly regarding the miracle of Jewish survival at the time of the Hasmoneans.

But this holiday inspires me to think more broadly about Jewish survival.   The fact that we are here, having survived tribulations that would have done in any other people, that we have been “stiff-necked” enough to hold on to our faith – in God and in the promise of the return, and that we, indeed, have returned.

In my opinion, doesn’t get much more miraculous than that!

Having said all of this, I want to turn to something that feels like a small miracle.  Consider:

Vice President Pence – a religious Christian and a devoted supporter of Israel (because he believes in the words of the Bible) – is due here on Wednesday, his arrival date having been postponed because of matters in the US. 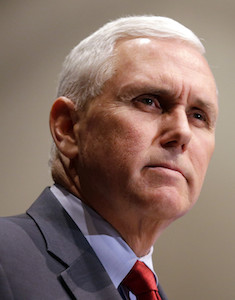 The vice president has requested that when his plane lands, he be taken directly to the Kotel. He will be visiting in an official capacity.  Nice…

But there is much more:

Abbas, doing his typical grandstanding, announced last week that he would not meet with Pence because the Trump administration has recognized Jerusalem as Israel’s capital.

It was the “again” that particularly caught my eye.

Abbas then proceeded even further:

In a speech he delivered in Istanbul before some 50 Muslim leaders, he declared that America had relinquished its position and could no longer mediate serious talks. 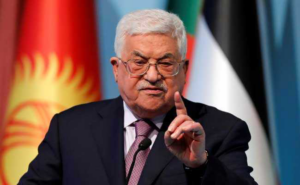 Calling Trump’s shift in policy a “crime,” he said:

“After these decisions, we will not accept them…. As long as they act like this, we do not want them.”

A strong statement from the White House followed (emphasis added):

“This rhetoric, which has prevented peace for years, is not surprising, as we anticipated reactions like this. We will remain hard at work, putting together our plan, which will benefit the Israeli and Palestinian peoples.

Allow me to translate:  Buddy, we’ve got your number.  You have been playing your games for too long and we will no longer accept them.  Deal with it.

Allow yourselves to savor this for a moment, my friends.

No rushing to give the Palestinian Arabs “good will gestures” (at Israel’s expense) so that they will “cooperate.”  No cowering before Abbas. No bashing of Israel.

We are seeing, instead, a refusal to be manipulated and an insistence on telling it straight.

Please Heaven, may it last.

Of course, all of this feels miraculous because it reflects so startlingly on the difference between the current resident of the White House, and his predecessor.  After he was sworn in, Obama chose
Abbas to be the recipient of his very first call to an international leader. The symbolism was not lost on any of us, and it was downhill from there.  He lost no opportunity to squeeze Israel.

I publicly confess that, in the excitement of this new situation, I had a momentary image of Obama, quietly banging his head against a wall, in anguish that eight years of his sucking up to the Palestinian Arabs and belittling the Israelis was coming to naught.

Who could blame me?

There was more from the White House, which we should take careful note of (emphasis added):

“It is also important to ignore the distortions [advanced by Abbas] and instead focus on what the president actually said last week – the specific boundaries of Israeli sovereignty in Jerusalem are subject to final-status negotiations between the parties, the United States continues to take no position on any final-status issues, and the United States would support a two-state solution if agreed to by both sides. We will continue to work on our plan for peace that we hope will offer the best outcome for both peoples, and look forward to unveiling it when it is ready and the time is right.”

This too represents a huge change.  The three previous administrations—Clinton, Bush and Obama—all spoke about the need for Israel to return to the “1967 border” (sic), which would have rendered all of eastern Jerusalem (including the Temple Mount and the Kotel) part of a Palestinian state.

We must wait to see how this plays out, but I think we can wait without trepidation. In truth, it is exceedingly unlikely that anything will happen, because the Palestinian Arabs insist on that line.

In yet further elucidation of the Trump administration’s position, an unnamed American official declared that (emphasis added):

“We cannot envision any situation under which the Western Wall would not be part of Israel.  But as the president said, the specific boundaries of sovereign Israel are going to be part of the final-status agreement.”

Abbas claims all of this is “in violation of international law” – a term he invokes quite freely.

As to international law, we should look to UNSC Resolution 242, passed after the Six Day War.  It most clearly does not demand that Israel return to the ’67 line, which was in actuality a temporary armistice line from 1947.  The final border is to be determined via negotiations (which is precisely what Trump is now saying).  And the resolution recognizes the right of “every State in the area…to live in peace within secure and recognized boundaries free from threats or acts of force.”

Envoy Jason Greenblatt is coming here for meetings prior to the arrival of Pence.

What I have written here is not to suggest in any way that all problems have been solved and that we are sailing smoothly.  We still face a great deal, but from a position of strength.

Arab violence continues – both in terms of riots and rockets launched from Gaza.  Talk of another intifada persists.

Additionally, there is unease about whether Secretary of State Tillerson will drag his feet with regard to some of the parameters of his boss’s proclamation on Jerusalem.  Historically, the State Department and White House are often at odds.

I will explore all of this and more in my next posting.  My time is short now, however, and I am eager to put this out.

We consider gratitude to the Almighty to be very important. And so, I close with Al Hanisim, a prayer of thanksgiving sung at Chanukah.

“And for the miracles, for the redemption, for the mighty deeds, for the saving acts, and for the wars fought for our ancestors in those days, at this time.”