From Israel: Maybe Yes, Maybe No

The political/diplomatic situation is so fluid, so unstable, that sometimes I prepare to report on one state of affairs, only to discover that a day later the situation has already shifted – or was not as it had been reported. 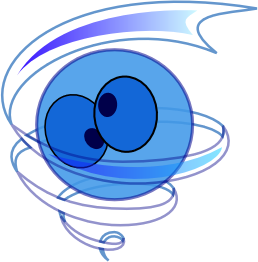 Before I turn to some of these matters, however, I must note an error – a typo – in my last posting:

I wrote at some length about the Lebanese prime minister, whose name is Hariri.  But once I misspelled the name as Harari.  And it happens that a reader on my list, from a prominent Jewish family in Panama, is Harari.  No connection, and none implied.  Apologies.

Speaking of Hariri, however, there is no clarity as yet on his situation.  There has been a growing body of opinion that he is being manipulated and held by the Saudis.  But he has now gone on TV to announce that he would be returning to Lebanon.

He did not return after that announcement, but tweeted on Tuesday that he would return in two days. “Can we chill?” he asked.

As journalist Roula Khalaf, who is of Lebanese origin, described the situation:

“Amateur punditry went into a frenzy. He’s kidnapped, he’s free, he’s part of a conspiracy, he’s been betrayed — the speculation ran wild…people didn’t know whether to laugh or cry…”

She describes what is happening as a “humiliation dispensed by Riyadh….In an ultimate irony, Hassan Nasrallah, the Hezbollah chief, gave a speech denouncing the Saudi ‘capture’ as an insult to Lebanon.” (Emphasis added)

But that’s just one opinion.  Says Herbert London, “Although it appears as if Hariri is dong Saudi Arabia’s bidding, he is actually exposing the Lebanese government for what it is – the subject of a hostile takeover by Iran…The illusion that there is separation among the Lebanese government, Hezbollah and Iran has been shattered.” (Emphasis added)

I should mention that while Hariri tweeted that he will return, he indicated that his family will remain in Saudi Arabia.

And then we’ve got the very worrisome situation in Syria (which in the broader sense is not separate from the Hariri brouhaha).  Please, follow this to the end.

Meeting on the sidelines of the APEC summit in Vietnam – but not more formally, US President Trump and Russian President Putin discussed the ceasefire in Syria, the parameters of which had been agreed upon in July.  It was all finalized on Saturday, with the participation of Jordan. 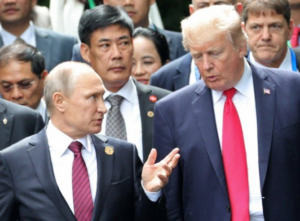 On Sunday, a senior State Department official, speaking on condition of anonymity, said that Russia had committed, as part of the US-Russia-Jordan Memorandum of Principles on a Syrian ceasefire, to removing Iranian-backed forces from the border of the Golan Heights.

The Memorandum, he said, “enshrines the commitment of the US, Russia and Jordan to eliminate the presence of non-Syrian foreign forces” from Syria’s southwest.

“These elements – these extremists groups and these foreign-backed militias – have used the Syrian conflict over the last five years to increase their presence in this part of Syria, which has undermined the cease-fire and poses a threat to Jordan and Israel.”

He indicated that the non-Syrian forces included Iranian forces, Iranian-backed militias like the Lebanese Hezbollah, foreign jihadis working with Jabhat al-Nusra and other extremist groups. 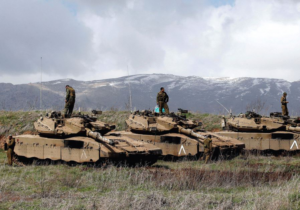 The presence of Iran forces and Iranian proxy forces in southern Syria is an issue of enormous concern to Israel, and so this was received as good news.

But let us not celebrate too quickly:

The Memorandum “does not set deadlines, and secret understandings among the parties provide for the IRGC [Iranian Revolutionary Guards Corp] and Iran’s proxy forces to withdraw only a short distance from the Israeli border, at least in the near term. Israeli defense figures are troubled by this and by the fact that the superpowers seem unwilling to take genuine measures to kick Iran out of Syria in general, and southern Syria in particular…

“…the trilateral agreement provides only a partial answer to Israel’s concerns. Its attached map, which has not yet been published, specifies how far away the IRGC and the Shi’ite militias, including Hezbollah, must stay from the Israeli border…

“The new map reflects a complicated compromise. In most areas it will apparently keep the Shi’ites 20 kilometers from the border, but in some places the distance will shrink to just five kilometers. Add in the fact that no timetable for removing foreign forces from Syria is even visible on the horizon…” (Emphasis added)

On Tuesday, Russia’s foreign minister, Sergei Lavrov said that Russia never promised the US that Iran and Iranian-backed forces would withdraw from Syria. 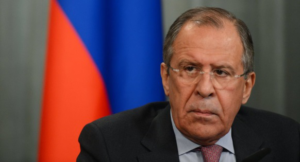 “The goal – both inside the zone and outside it – is to ensure departure of non-Syrian military units.  No one mentioned Iran or pro-Iranian forces.  If we talk about pro-Iranian forces, somebody might be tempted to call the entire Syrian Army pro-Iranian and then what – it should surrender?  In my opinion it is wishful thinking.”

Lavrov further indicated that he thought the presence of Iranian forces in Syria was “legitimate.”

This should not really come as a surprise to anyone.

However, I don’t necessary think that this means the Trump administration was stringing us along. Rather, I suspect that Putin, the old KGB fox, has run rings around Trump, who fashions himself as the negotiator who can achieve the ultimate deal.  And Lavrov was probably not far off when he spoke about “wishful thinking.”

Much of what Lavrov said might sounds like diplomatic double-talk: “we’re talking about non-Syrian military, no one said anything about Iran.”  That is, until you read this, from Yaron Friedman (emphasis added):

“…without any public declarations, Iran is quietly recruiting young Syrians to establish a battalion just 30 kilometers from the Israeli border.

“Opposition organizations in southern Syria, one of the rebels’ last strongholds, revealed recently that the Iranian Revolutionary Guards have set up headquarters in the Christian village of Izra in the Daraa Governorate (near the Syria-Jordan-Israel tripoint), to recruit Shiite and possibly members of other pro-Iranian minority groups….

“Most of the information about the new battalion hasn’t reached the press yet, but it can be found in the Facebook and Twitter accounts of locals…According to their reports, the Revolutionary Guards are recruiting members of minority groups, primarily from Shiite villages in the region…They are well-equipped, receive an army uniform and are trained by officers from the Revolutionary Guards…

“This is basically the first time Iran directly recruits Syrian citizens. Up until now, the Iranian militias were made up of foreigners: The Lebanese Hezbollah, the Afghan Fatemiyoun and the Iraqi Najabaa.”

So the line between Syrian forces and Iranian is becoming blurred.

But it seems that Lavrov in the end may be too smart by half:

“Iran’s direct recruitment effort in southern Syria aims to compete with the Syrian army and its Russian patrons.

“The idea behind the initiative is to prepare the ground by creating a sort of ‘Syrian Hezbollah’ in case Russia accepts one of the opposition’s main conditions for an agreement in Syria—a removal of all foreign forces from the country. This way, Iran will be able to keep running a Shiite organization in Syria by remote control.”

When push comes to shove, there is only one person in this scenario whom I really trust, and that is Prime Minister Netanyahu.  He may play political games in many quarters, but I see him as absolutely straight and dead serious where this existential threat to Israel is concerned. 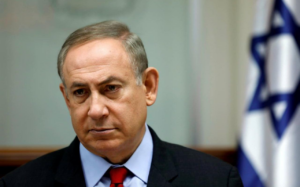 He has already told both the US and Russia that Israel does not consider itself bound by this ceasefire agreement and will do whatever is necessary for security.   An official in the prime minister’s office put it thusly:  Israel will continue to take care of its security concerns in every instance and in every situation.

Netanyahu himself said this week that (emphasis added):

“Iran is scheming to entrench itself in Syria.  They want to create a permanent air, land and sea military presence.  We are not going to agree to that…We must all work together to stop Iran’s aggression…If we stand together we will achieve it. But if we have to, we will stand alone.”

Last week, the BBC reported, according to “a Western intelligence force” that Iran is building a permanent military base within a compound used by the Syrian military, near the city of Al-Kiswa, 13 kilometers south of Damascus.  A series of aerial images taken over a period of months – shared by the intelligence service – indicate progress in the building in the compound.

Will the US stand with us on this?  I cannot answer that.

It’s not even a question of sympathies.  I see it as a matter of determination and ultimate strength. Wishful thinking does NOT cut it.

High level officials from the US National Security Council arrived here on Tuesday for talks on Iran.

A bi-partisan group of 43 Congresspersons who recently returned from a trip to the Middle East has written a letter to Secretary of State Tillerson warning that Syria is falling into the hands of Iran, and urging that he come up with a concrete plan to combat Iran’s military presence in Syria.

“Any agreement or policy that allows Iran to station forces on or near Israel and Jordan’s border does not serve U.S. interests,” states the letter.

You can read it in full here:

I had a discussion with an associate just yesterday about how passive people tend to be.  How they shrug at difficult situations and then turn away rather than truly responding.

And so I put it to each of you now:  If you care about Israel, if you care about America, you dare not remain passive.  Use the information I have provided here.  Most people have no clue – let them know what’s going on.  Evil is on the move in the world. 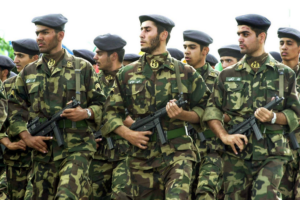 Write letters to the editor.

Speak out in various forums and social settings.

Then write to the president: https://www.whitehouse.gov/contact/

Urge the president to show strength in stopping Iran in Syria.  Get others to do the same