From Israel: “Kindle Your Lights!!” 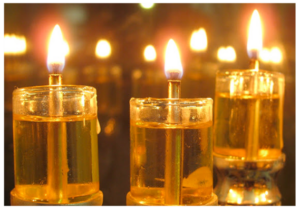 We know about the miracle of the oil:

When the Jews achieved victory over their Greek oppressors, in the second century BCE, they went to rededicate the Temple, which had been desecrated with a statue of Zeus. A single cruse of oil, still sealed and pure, remained ‒ enough for lighting the Menorah for one day.  Yet it lasted for eight.  Thus do we kindle our Chanukah lights for eight days.

But there was another, greater miracle:

Those Jews involved in the battle were a clan of brothers of the priestly family of the Hasmoneans; led by Judah Maccabeus, they came to be known as the Maccabees. They launched a guerilla war against the forces of Antiochus IV Ephipanes, which had far greater strength and were intent on wiping out Judaism. Had the Maccabees not won, there would be no Judaism today.

When we sing over the candles, after making the blessings and lighting, it is this that we recognize: the wonder of the victories in war and the salvation.

And yet even this was not the end:

A good number of Jews of that time were assimilationist and attracted to the Hellenism; what is more, they were eager to impose their view of Hellenistic Judaism upon everyone.  In response to this, traditionalists instigated a rebellion – within the Jewish community of Judea. Some historians see the forced imposition of Hellenistic practices of Antiochus as having been inspired by the assimilated Jews: he stepped into a situation that was already rife with religious tensions. There is an enormous lesson in this.

So we must be grateful, as well, that the assimilationists did not achieve their goal.

After millennia, then, this remains the message of Chanukah:

We Jews must hold fast to our traditions, to our values, and to our essence.

We lose what we are meant to be when we trade the particularism of Judaism for a watered-down universalism.  We lose when there is no longer the ability to stand tall and proud as Jews, dedicated to our traditions and our practices.

We might ponder this as we light our candles.  Chanukah falls at the very darkest time of year and we light to dispel the darkness.

See some stunning photos of Chanukah in Israel, taken by photographer Yehoshua Halevi:

As I searched for a music video appropriate for Chanukah, I discovered this one by Benny Friedman: his version of “Light One Candle,” which I believe expresses beautifully the sentiment I expressed above.

Chanukah Sameach to all who are celebrating!

And to my Christian friends, as Christmas approaches may you find joy and peace. 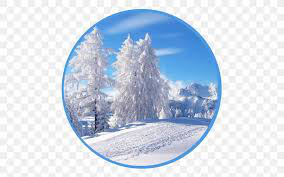