I knew that our Mossad was the very best, but this is above and beyond.  Many of you are already aware of their incredible feat; nonetheless, I lead off with the news of Israel’s intelligence coup regarding Iran.

We are not talking about a couple of well-guarded folders of top secret information.  There was half a ton of material that the Mossad slipped out of Iran: 55,000 pages of nuclear weapons files in binders, and another 55,000 files on 183 CDs.

This material, Netanyahu explained, had been hidden in armored vaults for more than a decade in a run-down warehouse in the Shorabad district of Tehran.

You see the warehouse here, shared by Jewish Press from Netanyahu’s presentation: 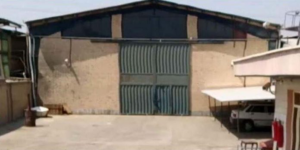 According to one report, the Mossad had this under constant surveillance for a very long time.
~~~~~~~~~~
On screens, the prime minister displayed photos, blueprints, spreadsheets, and outlines — original material, written in Farsi — regarding a program called Project Amad that ran from 1999 to 2003. (See illustration below.) The material was stored for use at a later time, to build nuclear weapons:

“These files conclusively prove that Iran is brazenly lying when it says it never had a nuclear weapons program.  The files prove that.” 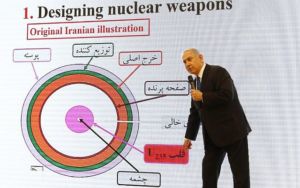 ~~~~~~~~~~
If you have not already watched it, take the time to see the video of his presentation, which was in English:

http://www.israelnationalnews.com/News/News.aspx/245227
~~~~~~~~~~
On the plane, yesterday, flying out after his meeting on Sunday with Netanyahu, Secretary of State Mike Pompeo told reporters:

“…there are thousands of new documents and [pieces of] new information.  We’re still going through it…”

http://www.israelnationalnews.com/News/News.aspx/245243
~~~~~~~~~~
Israel has been in possession of the documents since January 2017.  The information was not revealed until now because extensive efforts were first required to do translation and verify authenticity.

Prior to becoming secretary of state, Pompeo was director of the CIA and in that position was most surely privy to this information from the beginning.
~~~~~~~~~~
Almost immediately following Netanyahu’s talk, President Trump commented on it at a press conference he was holding with the president of Nigeria.  He said that Netanyahu’s speech “sends the right message” on Iran and that it confirmed that he was “100% right” to criticize the 2015 nuclear deal with Iran.

It seems a fair certainty – in light of the president’s comments – that he will pull out of the Iran deal by May 12th, but he declined to say.

Actually, what he did say is: “We’ll see what happens.  I’m not telling you what I’m doing.”

I’ve come to the conclusion that this sort of dancing around matters does not necessarily indicate indecision.  It is simply Trump’s MO: he likes to keep people guessing.  And I think this gambit may be paying off: by keeping parties off balance he increases his leverage in certain situations.  He generates the response, “uh oh, we don’t know what this guy might do.”  But he knows… 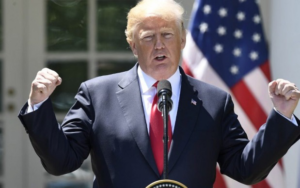 ~~~~~~~~~~
Netanyahu has spoken with French President Emmanuel Macron and German Chancellor Angela Merkel, and will shortly be sending professional teams to share detailed material on what was uncovered regarding Iran.

He also spoke with Russian President Vladimir Putin, and the two agreed to meet soon, to discuss Syria as well as the Iranian deceit.  The prime minister’s office has indicated that he will be briefing the UK and China, as well.

This information, of course, will also be provided to the IAEA.
~~~~~~~~~~
The reactions of world leaders will be of considerable interest as this situation unfolds.

Almost immediately we had a comment from the European Union’s High Representative for Foreign Affairs Federica Mogherini.  It is willfully, nauseatingly obtuse:

“What I have seen from the first reports is that Prime Minister Netanyahu has not put into question Iran’s compliance with the JCPOA commitments, meaning post-2015 nuclear commitments.

“The JCPOA, the nuclear agreement…it is based on concrete commitments, verification mechanisms and a very strict monitoring of facts, done by the IAEA…”

This is a stunning example of EU thinking, and of left wing thinking more generally.

Mogherini chooses to ignore the broader implications of Iran’s profound duplicity, as it works towards eventual acquisition of nuclear weapons:

Does it not bother her that the Iranians have been holding on to advanced nuclear development plans, which they have explicitly denied having, and which they intended to roll out for quick production of nuclear-tipped missiles when the sunset clause kicks in?

How could this not bother her, and what does her reaction tell us about EU priorities?

What are the “concrete commitments” she refers to worth when the Iranians cheat and lie?

The “verification mechanisms” she touts are a joke:  the IAEA cannot enter any Iranian military facility and in some cases has to give advance notice before doing an inspection.
~~~~~~~~~~
Jewish Press has an excellent article on attempts by leftists to minimize the significance of Netanyahu’s announcement, because they are eager to retain the Iran deal.

A quote by Pompeo in rebuttal is quiet clear (emphasis added):

“…the deal was not constructed on a foundation of good faith or transparency.  It was built on Iran’s lies. Iran’s nuclear deception is inconsistent with Iran’s pledge in the nuclear deal ‘that under no circumstances will Iran ever seek, develop, or acquire any nuclear weapons.’”

http://www.jewishpress.com/news/us-news/trump-pompeo-praise-netanyahus-findings-while-left-struggles-to-discredit-accusations/2018/05/01/
~~~~~~~~~~
I close this subject for now with a tweet by MK Bezalel Smotrich (Habayit Hayehudi) that reflects something of my own delight at events as they unfolded yesterday evening:

“…tonight is a night of Israeli pride. Congratulations to the Israeli intelligence community for an amazing achievement by any measure and to Prime Minister Netanyahu for leading a determined and just strategy against the Iranian threat.” 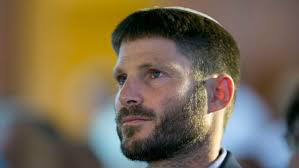 What we have uncovered not only makes Israel safer, it serves many other countries, as well:  in particular, European states and Gulf states, all potential targets of Iranian missiles.   Not that many are likely to acknowledge the profound significance of what we have done.

I would add one additional thought here with which I feel certain Smotrich would agree:  Baruch Hashem.  Thank God.
~~~~~~~~~~
Circling back briefly to Netanyahu’s meeting with Pompeo on Sunday:

The secretary of state had left for his first trip abroad immediately after having been sworn in: he went to Saudi Arabia, then Israel, and lastly Jordan.  He did not meet with Palestinian Authority officials.

Pompeo and Netanyahu, who have known each other for some years, conveyed a sense of enormous good will during this meeting.  “You’re an incredibly important partner [and] occupy a special place in my heart too,” Pompeo said.

The two met at the Defense Ministry in Tel Aviv; focus was on Iran and the situation in Syria.

At their press conference, Pompeo said, “We are incredibly proud to be opening the new embassy on May 14.”  He indicated that he thought recognizing Jerusalem as Israel’s capital was just “recognizing reality.“

http://www.jewishpress.com/news/us-news/pompeo-recognizing-jerusalem-as-capital-of-israel-is-recognizing-reality-video/2018/04/29/
~~~~~~~~~~
In Jordan, following his meetings in Israel, Pompeo, when questioned, refused to criticize Israel’s actions at the Gaza border, saying, “We believe the Israelis have the right to defend themselves, and we’re fully supportive of that.”
~~~~~~~~~~
On Sunday night, reports surfaced of a significant attack in Syria.  This followed Pompeo’s meeting with Netanyahu by only hours.  I have no concrete indication of this, but it seemed to me within the realm of possibility that there might have been a connection.

Bases in the Hama and Aleppo regions were said to have been hit by some nine missiles.  One of those bases was “Brigade 47,”near Hama, run by Iran’s Revolutionary Guard for Iranian-backed militias in the region.  Upward of 26 people, and possibly as many as 40, were killed, mostly Iranians.  Some 200 missiles were destroyed.

The Lebanese newspaper Al Akhbar indicated that an earthquake measuring 2.6 on the Richter scale was recorded in association with the attack.  This suggests that bunker busters were used and that the explosions were underground.

http://www.jewishpress.com/news/middle-east/syria/dozens-dead-mostly-iranians-in-bunker-buster-attack-on-syrian-army-base/2018/04/30/
~~~~~~~~~~
In a departure from the usual reaction to an attack in Syria, fingers were not all pointed at Israel.  Some sources speculated that it was a US attack, or a joint US-British attack, or a joint US-Israeli attack.

In any event, an emergency meeting of the Security Cabinet here in Israel was convened on Monday because of recognition of the fact that there might be Iranian retaliation.

As of this writing, all is quiet.
~~~~~~~~~~
Israel cannot afford to be complacent for even a micro second, with regard to what Iran might do.  But I’m reading a number of assessments that indicate that Iran is reluctant to do direct confrontation with Israel, preferring to rely on proxies.

Maj. Gen. (ret.) Amos Yadlin, former head of IDF Intelligence, has been tweeting about restraints on Iran.  Apparently there is growing criticism in Iran of Gen. Suleimani, who was sent to Syria to rescue Assad and chose to provoke Israel in addition.

Add to this Iranian reluctance to give Trump additional reasons to pull out of the nuclear deal, and a disinclination on the part of Russia to see a “regional conflagration,” as this would undermine its “achievements” in Syria.