From Israel: “It’s True What They Say about the Devil!!”

He really is in the details. 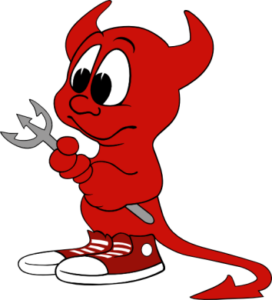 As promised, this is my follow-up posting on the “Deal of the Century.”  I think it likely that there will be a follow-up #2, at some point. The situation is highly complex and still in flux. In fact, the further the situation is exposed, the more complex it seems – and the more troubling. Keep reading.

But a good news flash before I proceed!! Russian President Putin pardoned Na’ama Ishachar on Wednesday – on humanitarian grounds, he said. She has been released from prison and will be coming home (may actually be home by the time you read this).

Netanyahu, with his wife Sara, flew on Thursday from Washington to Moscow, where he held a meeting with Putin regarding the “Deal.” Na’ama’s mother, Yaffa, was already in Moscow, having flown there as soon as her daughter’s release was announced. They will be flying home on the prime minister’s plane. 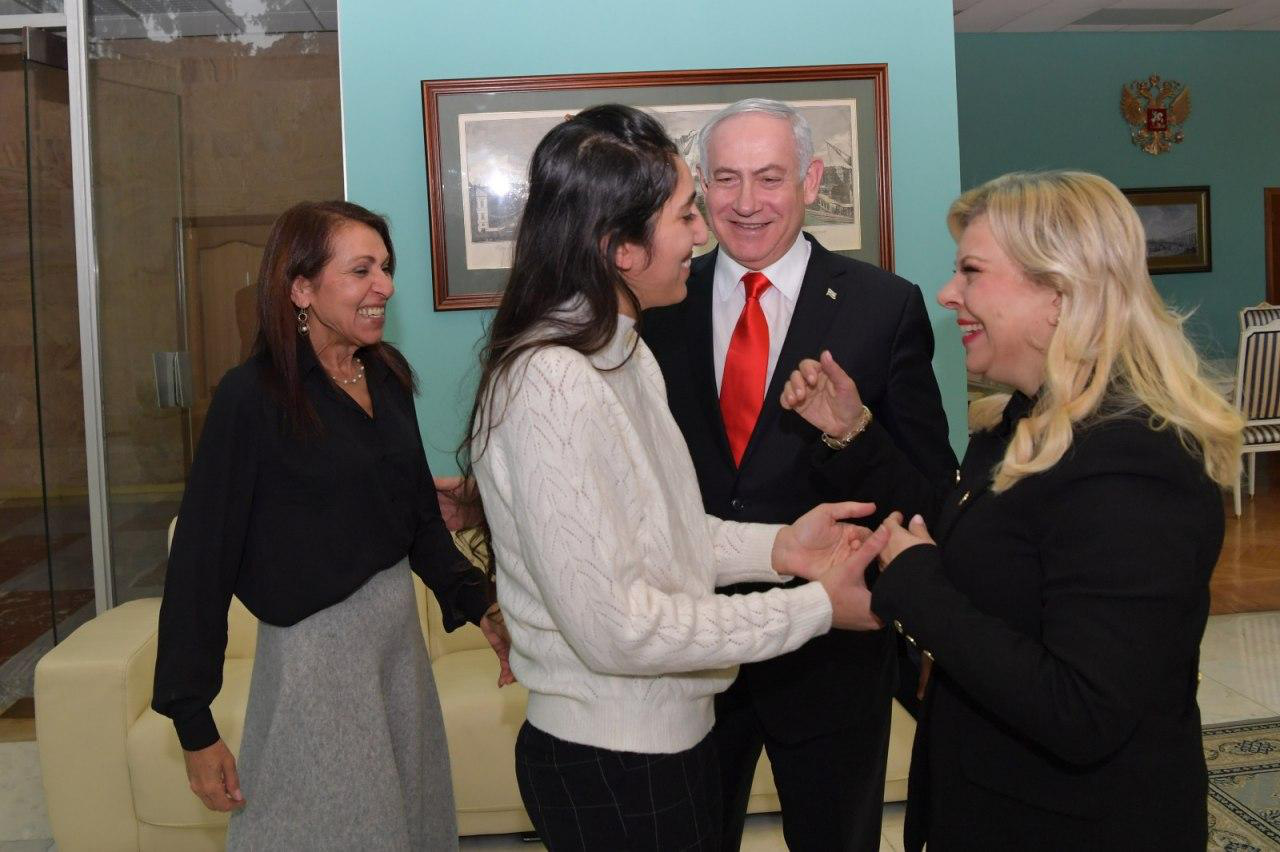 This is fantastic news for Na’ama because she was a pawn and certainly did not deserve her sentence.  For Prime Minister Netanyahu, just weeks before the election, it is also very welcome news.

Israel very recently turned over to Russian control of the Alexander Nevsky Compound in Jerusalem’s Old City, which was the property of the Russian Orthodox Church in Jerusalem until the British Mandate.  Putin had sought this when he was here.  It has been widely assumed that this was a major factor in securing Na’ama’s release.

However, a senior official in the team that managed Na’ama’s release maintains that it was done as a gift by President Putin to Prime Minister Netanyahu. Rest assured this is a point that will be emphasized by the prime minister. Whatever else was or was not the case (and we’ll likely never know), his relationship with Putin indeed may have had a good deal to do with it.

“The gestures that Israel has taken towards Russia [were] intended to tighten ties…in light of other issues between the two countries,” said the unnamed official.

As far as the “Deal” is concerned, US Ambassador David Friedman got pertinent terminology right:

“…Friedman told reporters Wednesday that the Trump Administration does not view the application of Israeli sovereignty over Jewish communities of Judea and Samaria as ‘annexation.’

“’The word annexation is just the wrong word. I’ve never used that word,’ Friedman said. ‘It is not the word that would apply to this. It’s the application of Israeli law.’” [Sovereignty] 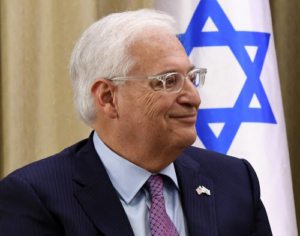 With regard to Friedman, however, there are other statements he made in the last two days that illustrate how complex and confusing this whole “Deal” business is:

Almost immediately after President Trump spoke, Friedman, responding to a question by a reporter, indicated that “Israel doesn’t have to wait at all,” to start applying Israeli law to communities in Judea & Samaria.

At about that point Prime Minister Netanyahu declared he was going to bring this to the Cabinet on Sunday.  No need to wait, right?

Well, not quite.  Minister Yariv Levin (Likud) then explained that it wouldn’t happen on Sunday because documents have to be prepared.  In addition to which, the Attorney General has to sign off on this because it’s an interim government.  He isn’t necessarily saying it can’t happen, understand, but he’s still thinking about the legalities.

But we’re still not done.  On Wednesday, Friedman declared that Israel cannot move ahead yet because an Israeli-American committee must first be convened to discuss the exact parameters of the area to which sovereignty would be applied.

“That committee will work with all due deliberation to get to the right spot. But it is a process that does require some effort, some understanding, some calibration. We need to see the dimensions and see that it is not inconsistent with the maps.”

Apparently Israel has agreed that there would be a joint committee to convert the “conceptual map into a more detailed and calibrated rendering.”

For sure, the devil is hiding in there somewhere.  I found myself irked by this detailed micromanagement.

Then we should note two interviews Jared Kushner gave this week. During a CNN interview on Wednesday, he said (emphasis added):

“…Also, one of the great ironies is they keep saying they want to be a state.

“If you’re a state, you don’t call for days of rage when you don’t get what you want. So, this is a real moment for them to show the world: Are you ready to become a state or not?“ 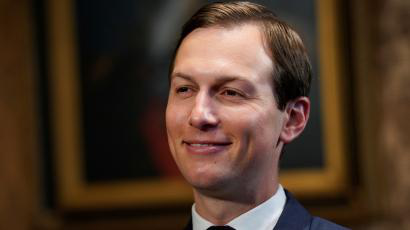 Jared’s question was rhetorical.  He knows the Palestinian Arabs are not ready, or, more accurately, do not want a state.  They far prefer their present status.

And so, I began to speculate positively: Could this be a set-up, to give them a chance – described as their last chance – before dismissing them?  It’s a bit hard to imagine the “Deal” team laboring for three years to come up with a complex plan, unless they believed there was some hope of success.  But maybe…

But wait!  Jared subsequently gave another interview on GZERO media, and here he referred to the committee, mentioned first by Friedman. He said the work of the committee, to put everything in place should “take a couple of months.”  The US, he said, would like Israel to wait until after the election before applying sovereignty anywhere.

UH OH.  There has been so much enthusiasm in certain quarters for moving forward.  This is not likely to play well. Not with the right wing here, and not with Netanyahu, in particular, as he hopes to point to the maximum in accomplishments going into the election.

There are a host of political issues, with regard to the election, Netanyahu’s indictment, etc. that beg for further exploration.  This should be the focus of my next posting.

Here I simply want to look briefly at a few more issues related to the “Deal.”

This is the map, referred to as a “conceptual” map, advanced by the Trump team. 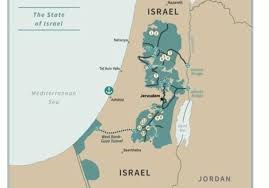 I confess readily enough that the site of a Palestinian state in the middle of Israel gives me a poke in my stomach.  I find it tolerable (barely) because I am convinced it is only a “concept” and will not become reality. Although, of course, from the Arab perspective, having their state totally inside of Israel, rather than adjacent to Jordan, would not be attractive.

And here it is in enlarged. You see all sorts of lines and arrows.  This is because the plan attempts to provide contiguity to that Palestinian state, and in order to do this a host of bridges and roads are necessary.  Please note the tunnel between Gaza and Judea & Samaria. 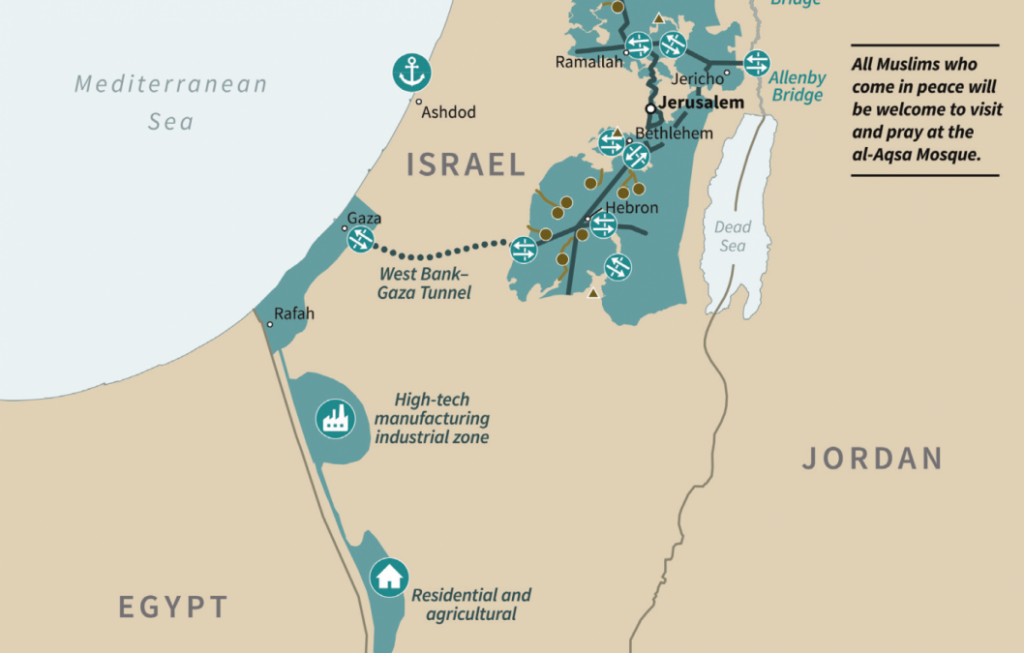 Speaking of contiguity, there is a genuine concern from the Israeli side. We have been told that we need not dismantle any communities in Judea and Samaria and that sovereignty will be applied to all.  But there are 15 communities that are not part of settlement blocs and would be Israeli enclaves (albeit with roads connecting them to Israeli-controlled areas) inside that Palestinian state.  Communities such as Elon Moreh, Yitzhar and Otni’el.  Not a satisfactory situation.

Note that the map says all Muslims who come in peace can pray at al-Aksa Mosque (on the Temple Mount).  The text of the plan, however, says people of all religions who are peaceful can access holy sites in Jerusalem and pray there.  That would mean that Jews would be able to pray on the Mount, and this was walked back. David Friedman announced that the status quo would be maintained. This is to pacify Jordan’s King Abdullah, whose Muslim Wakf administers the site.  But it is not acceptable in any event and never has been.

There are yet other issues which pose questions and problems, and which we can return to later.

Israel will have a building freeze in Judea and Samaria (except inside of existing parameters) for a period of four years, and will not be able to take down illegal Arab buildings in Area C.  The question remains as to how much latitude the PA will have with regard to continued building in Area C.  My reading of the Plan seemed to me to indicate that there are restrictions, but I am not entirely certain.

And then, the entire issue of the sort of state the Palestinian state would be: a full sovereign state, or less. Although the text of the Plan suggests a full state, there are reasons to believe less is intended.  We can return to this – the question of demilitarization, right of Israel to maintain security, etc. – at a later date.

You might find Seth Frantzman’s analysis “10 things about the borders, bridges and tunnels of the peace plan” helpful:

I close with a significant observation from Daniel Pipes, president of the Middle East Forum (emphasis added):

“Rather than – once again – attempt to lure Palestinians into accepting their Israeli neighbor by pretending they will attain a better life, Palestinians need to hear the unvarnished truth…

“My reservations about the Trump plan concern its repeating and heightening the old, failed approach of promising the Palestinians benefits. No, they need to hear the deep truth that nothing good will happen until they give up their foul rejectionism. Rather than hold out hope, it should paint a picture of despair. Failing this, the plan will end up as irrelevant as every prior presidential initiative.” 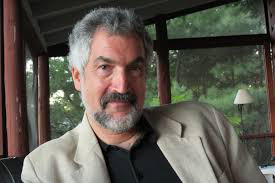