Time for me to catch my breath.

I have been posting at a furious pace because the world is frenzied.  No sooner do I send out my material, then I find myself saying, Oh, I have to write again, about this. Or that.  Or something else.  I try.

What is nice is that, while there is plenty that is ugly, we are also dealing with a good deal of upbeat news these days, as well.
~~~~~~~~~~
Now, we are coming to Shabbat.  As Shabbat goes out, the holiday of Shavuot will come in:  The celebration of the receiving of the Torah at Sinai.  It’s the culmination of the Pesach festival. God brought us out from Egypt to be His People, and then brought us to Torah, which would teach us how to live and what is expected of us.

This is a time, traditionally, for Jewish study.  Some people study right through the night.

As it was also an agricultural festival, a time of harvest, Shavuot is rich in harvest symbolism. 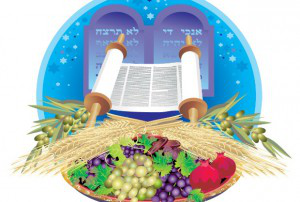 ~~~~~~~~~~
There is a custom, as well, to eat dairy foods on Shavuot.  I’ve heard a dozen reasons as to why, but will not take the time to share any of them.  I will simply say that Shavuot is, with everything else, traditionally a time for cheesecake.

This is not a hardship for me.  Perhaps it will even give me increased stamina. And, more significantly, as I focus on spirituality and eternal lessons, I hope to be strengthened in my ability to keep the frenzied news in proportion.
~~~~~~~~~~
On Wednesday afternoon, there was machine gun fire from Gaza that hit a handful of homes in Sderot.  In response, over-night on Wednesday, Israel hit several Hamas sites in northern Gaza, including a military compound and a weapons manufacturing site.

Right now it’s quiet at the Gaza fence.  At least one analyst has said it is because earlier this week we threatened to do targeted assassinations of the Hamas leaders.  While those leaders encourage the people to opt for “martyrdom,” they have no desire to go that route themselves.

https://www.timesofisrael.com/israel-threatens-to-kill-hamas-leaders-if-riots-continue-report/
~~~~~~~~~~
I have learned, as well, about a new non-lethal weapon developed by the IDF, but do not have any information as to whether it has been used yet:

A new drone device has been developed that drops plastic bags filled with a non-toxic “skunk water” on rioters. The bags erupt on contact, covering the “protesters” with a smell so bad that it generates nausea and causes them to flee. 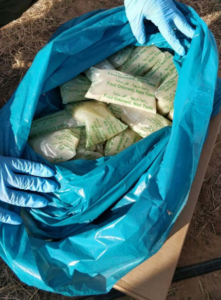 It sounds like a marvelous crowd-control technique, if it is effective.
~~~~~~~~~~
I pray that the next few days will remain quiet.  Miracles are possible, but in my heart of hearts, I am very dubious about whether this will be the case.

This is, first of all, because the Muslim month-long holiday of Ramadan has begun. This is always a time of increased violence, if for no other reason than that it calls for fasting during daylight hours, which tends to render those who are observing irritable.

And then, it will be Shavuot, and there is also a Palestinian Arab tradition of sorts that calls for stepped-up violence over a Jewish holiday.

And so: we start off with the news that The Palestinian National and Islamic Forces Committee has called on residents of Judea, Samaria, and Gaza to confront “Israeli occupation forces” with violent demonstrations this Friday. The riots are scheduled to take place immediately after Friday prayers.

Often, what actually happens, however, is less than what has been threatened.
~~~~~~~~~~
I want to share with you a blog entry from Times of Israel that has already been going viral.  This is by Kinley (Moshe) Tur-Paz is founder and CEO of the Kibbutz HaDati Educational Network.

A reserve soldier, he was at the Gaza fence, and so his words are important because they offer first-person witness (emphasis added):

“I was there. Yes, right there on the fence where the demonstrations are happening. It was last Friday, but I saw it with my own eyes; I was on our side of the fence but I could see and hear and understand everything. I want to testify from my firsthand knowledge, not a theoretical point of view. Because I was there.

“I want to testify that what I saw and heard was a tremendous, supreme effort from our side to prevent, in every possible way, Palestinian deaths and injuries.

“Of course, the primary mission was to prevent hundreds of thousands of Gazans from infiltrating into our territory. That kind of invasion would be perilous, mortally dangerous, to the nearby communities; would permit terrorists disguised as civilians to enter our kibbutz and moshav communities, and would leave us with no choice but to target every single infiltrator. That’s why our soldiers were directed to prevent infiltration, in a variety of ways, using live ammunition only as a last resort…

“When there is no alternative, and live ammunition must be used to stop those who storm the fence, the soldiers make heroic and sometimes dangerous efforts not to kill and to only injure those on the other side. The IDF stations senior commanders at every confrontation point to ensure that every shot is approved and backed up by a responsible figure with proper authority…

“…I’m not interested in starting a political discussion here…What I’m trying to do is present, for everyone who really wants to listen, the extent of the IDF’s enormous effort to protect Israel’s borders while minimizing injuries and loss of life on the other side.”

http://blogs.timesofisrael.com/i-was-at-the-gaza-border-we-did-all-we-could-to-avoid-killing/
~~~~~~~~~~
Please, read the entire blog and share it broadly.

His explanation of the need to keep people from breaking through the fence is exceedingly pertinent and, I think, needs to be understood by everyone.  I’ve read similar comments from other soldiers.

The logic is simple and incontrovertible: if the rioters were to break through the fence and hundreds were to come rushing towards nearby civilian communities, intent on terror, then the soldiers would have no choice but to shoot every one of them to prevent them from reaching those communities.  By shooting a small number of “protestors” who threaten to break through, and trying to wound and not to kill them, they are averting such action on a larger scale.
~~~~~~~~~~
Other good news items:

“The United States and six Gulf Arab states announced sanctions Wednesday on the leadership of Hezbollah, as Washington seeks to step up economic pressure on Iran and its allies in the region.”

https://www.timesofisrael.com/%e2%80%8bus-gulf-arab-states-place-sanctions-on-hezbollah-leadership/
~~~~~~~~~~
Paraguay will be opening its embassy in Jerusalem this coming Monday or Tuesday.   President Horacio Cartes was eager to do this before his term came to an end later this summer.

I believe we are going to see a bandwagon effect:  Each time a country moves its embassy to Jerusalem, it will become a little bit easier for others to do the same. 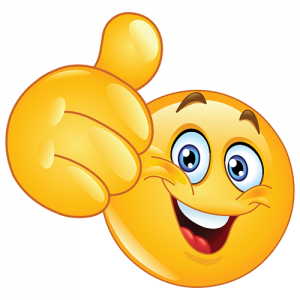