Time to touch base on Israel’s political situation.

I have studiously avoided writing about it for many weeks because the situation has been so in flux that whatever I wrote would probably have changed by the time most of my readers read my posting.

More to the point, perhaps, I found the entire situation to be terribly sad and in many respects simply disgusting because of the infighting on the right.

There has been some resolution now, as party lists had to be submitted by midnight on Wednesday. This is why I say it is time.  But that does not mean I am buoyed by what has taken place.  I am not.

Hopeful – prayerful – that in the end the result of what has transpired will be good, but distressed by much of what has taken place.

The resolution: the New Right Party of Naftali Bennett (pictured) and Ayelet Shaked; Bayit Hayehudi, headed by Rafi Peretz; and National Union, headed by Bezalel Smotrich are running together as a bloc.

Bennett, who now finds himself in a good place in terms of the arrangements, will head this bloc – which is essentially Yamina from the last election come together again; he says it is a permanent right wing faction and not a political bloc that will separate after the election. 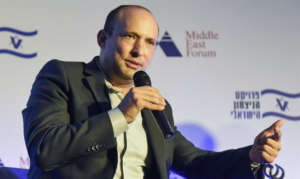 Left out of this bloc of unity is Otzma Yehudit, headed by Itamar Ben Gvir.

That it took until almost midnight of the final day for registering lists for this to come together tells us a great deal about what has been going on.  What follows is a brief, unsavory summary.

Bennett and Ayelet Shaked had announced that the New Right was going to run alone.  Bennett made it clear that they would not seek to draw voters from Likud, but, rather, from Blue & White and Lieberman’s Yisrael Beitenu. That sounded good. They were confident that they would pass the threshold, particularly in light of Bennett’s new prominence (and popularity) as Defense Minister.

The focus, then, was on a joint run by Bayit Hayehudi and National Union to ensure that these parties would pass the threshold.  Negotiations that aimed towards achieving this did not go well, however. It was already clear that Peretz was insecure about his ability to retain leadership of the party and so had balked at an internal primary; this did not sit well with Bayit Yehudi membership.

In negotiations, Smotrich (pictured) was challenging him in certain regards – agreeing to a joint run now, with the demand that there would be primaries within the year. This likely would have brought the far more popular Smotrich to the fore. Peretz broke off negotiations with Smotrich and turned to Ben Gvir. In short order, Bayit Yehudi and Otzma had struck an understanding to run together.

Smotrich was not included – I believe was not even consulted or informed. 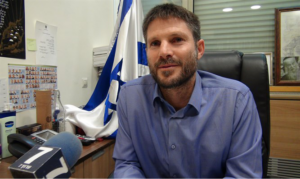 Smotrich, then, stood alone, facing the prospect that the National Union might not pass the threshold. He turned to Bennett and negotiated a join run with the New Right.

Netanyahu, however, was exceedingly unhappy with the fact that there would be two different right wing blocs running – his fear, presumably, being that there might be lost mandates.  The election is likely to be so close that losing any mandates becomes a matter of considerable concern. He pushed for the two blocs to merge.

At this point, Bennett made what I consider to be a most unfortunate comment on Facebook, directed at Ben Gvir:

“I will not include someone on my electoral list who has a picture in his living room of a person who murdered 29 innocent people.”

This was a reference to a picture of Baruch Goldstein, which Ben Gvir had in his home. I will complete my narrative, and then explain why I found this comment so unfortunate. It was clearly directed at the centrists Bennett hoped to attract, who would be driven away by the inclusion of Ben Gvir.

This was already Wednesday. Bennett was adamant in spite of the huge pressure that was reportedly being brought to bear by Netanyahu. (There was even talk of threats, which Netanyahu denied.) Peretz (pictured) then had to decide, within hours, whether to stick with Ben Gvir, to whom he had given his word, or break that word and join with Bennett and Smotrich. 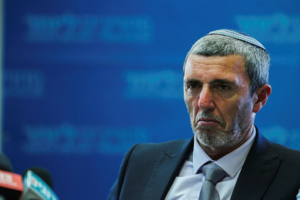 Netanyahu was also adamant. So much so that he met with Peretz and Bennett and Smotrich until it was almost the deadline. Enormous pressure was put on Peretz by the prime minister and others. And his final decision was to break with Ben Gvir and join with Bennett.  He publicly apologized to “my friend Itamar Ben Gvir” for making the decision he felt he had to make save the national religious camp.

Ben Gvir (pictured) is not taking this well.  “Peretz betrayed me and stabbed me in the back,” he said.

Netanyahu says he “expects” Ben Gvir to withdraw Otzma from the race so as to avoid wasted mandates.  I would not necessarily count on that. 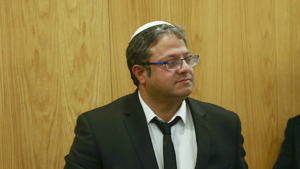 And so here we are.  Bennett will head the list and Peretz will be placed second, followed by Shaked and then Smotrich in fourth place. Fifth place will go to Matan Kahane of the New Right and sixth to Ophir Sofer of Bayit Hayehudi. Seventh and eighth places will be given to Bayit Hayehudi and ninth place to the New Right.  Beyond this, as I write I do not yet have information.

What I can report is that MK Moti Yogev, who was Peretz’s second on the Bayit Hayehudi list resigned his candidacy in anger when he was placed way down on the joint list.

“There are those who took advantage of the situation and took over the party undemocratically, without cooperating with the current Knesset members,” he declared. 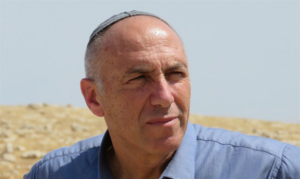 While, Rabbi Eli Ben-Dahan, of Bayit Yehudi, who was formerly a Deputy Minister, declared that his name had been put on the Yamina list without his knowledge.

“The word candidate is a little funny. They didn’t even ask me and I was put on the list without being notified. I guess they needed names and put me on the list.”

The two will be meeting to discuss options for improving the situation of Bayit Hayehudi.  Observed Rabbi Ben-Dahan:

“[Bayit Yehudi] has a voice that no other party has. It’s a name with a tradition and it’s reached its end unless we can revive it.”

I am eager to put this out in a timely fashion, and will return after Shabbat to write further about political happenings and other important news.

As to Bennett, Ben Gvir, and Baruch Goldstein:

Am I always comfortable with the positions of Otzma Yehudit?  I am not; they are too far right for me.  Do I believe they have a right to sit in the Knesset?  I most certainly do.  It has always struck me as beyond ludicrous that Ahmed Tibi, who was an advisor to Arafat and most certainly endorsed terrorism, is able to sit in the Knesset, while there is no room for Ben Gvir and his party.

If Bennett wanted to impress prospective supporters with his moderate credentials, he surely might have found a way to do this without dragging Baruch Goldstein into it.

Goldstein is routinely labelled as a “terrorist,” which I would maintain is not the case. While Bennett avoided that term, he implied as much with what he said.  But his statement was taken out of context, and I would suggest was not necessarily accurate on the face of it.

Following his IDF service, Goldstein, who was a physician, lived in Kiryat Arba adjacent to Hevron. He provided emergency medical services and treated Arabs as well as Jews.  In the days leading up to Purim, which fell on February 25th in 1994, Hamas put out flyers advertising intention to massacre Jews on Purim day.  This was openly known.

The IDF, however, had no intention of taking stringent action, rounding up all Hamas leaders, for example, to prevent this massacre. This was the heyday of the Oslo Accords, and stern action against Palestinian Arabs was not politically correct – perhaps seen as destructive to the “peace process.”

What the IDF did do was go to Baruch Goldstein and warn him to be prepared to handle Jewish casualties on Purim day.

One can only imagine how Goldstein felt in these circumstances – how desperate he must have been to stop the Jewish massacre, avoid the Jewish casualties.  I recently cited the Talmudic dictum that when someone is coming to kill you, you should rise up and kill him first. While I can prove nothing, I am convinced, based on research I’ve done, that this is what Goldstein was trying to do.

He went into the Machpela, the Cave of the Patriarchs, into the section that is a mosque, and he shot Arabs.  I cannot speak for why he selected this site, although I tend to suspect he had information.  Bennett said 29 “innocent” people were murdered, but Bennett does not know they were innocents.

What I learned some long while ago, is that subsequent to the shooting weapons were found in the mosque in the Machpela, I believe hidden under prayer rugs.  In fact, I learned that – what a surprising coincidence – on that very day a metal detector at the entrance to the Machpela was not working. Perhaps some of the 29 were innocent, but it would seem others were not – and were intent on murdering Jews who were innocents.

What has always grieved me about this Baruch Goldstein story is how badly Israel had gone off the path of self-preservation because of infatuation with an imaginary peace process.

I would suggest (I don’t know, I haven’t asked him), is that Ben Gvir had Goldstein’s picture on his wall NOT because he admired a man who murdered 29 innocent Arabs, but because Goldstein was trying to protect Jewish life at a time when the system had failed to do so.