It’s enough when our enemies are difficult to deal with.  But deal with them we can, if we are resolute and clear-eyed.  If we understand our rights and are not afraid to use our strength wisely.

But when the above is not the case?  Intolerable. 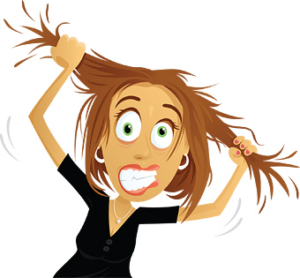 ~~~~~~~~~~
It is difficult to provide a clear picture of what has been happening over the last few days with regard to Gaza.  That is in part because our government has not been speaking with clarity.  And in part because news reports have been fuzzy.
~~~~~~~~~~
Starting late on Friday night, into the small hours of Saturday morning, a barrage of projectiles ‒ rockets and mortars ‒ was launched into southern Israel.

In all, there were some 200 projectiles launched. (Even here there was discrepancy, as first we were told 100 and then the number was upped.)

Sderot took the brunt of it.  Four people in one family – a man, his wife, and their two teenage children ‒ received injuries from shrapnel to their faces, heads, chest and limbs, when a rocket hit their home.

The father remembered that there was “screaming, shock and blood. A lot of blood.” 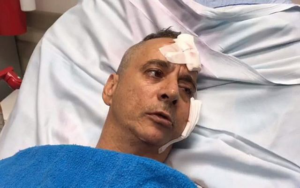 ~~~~~~~~~~
There was some structural damage; one rocket landed in the courtyard of a synagogue and another by a kindergarten. Most of the rockets were either taken down by Iron Dome or landed in empty fields.

But picture it:  Families, having completed Shabbat dinners and tucked the kids and themselves in, suddenly aroused by sirens.  They made their way to shelters, which is where many spent the remainder of the night. Even after they left their shelters, they were at first told to stay within 15 seconds of their shelters, in case return was necessary. This is not a typo: 15 seconds.
~~~~~~~~~~
Earlier, on Friday, during the day, a 15-year old terrorist at the Gaza fence had thrown a live grenade at an IDF officer, who was brought to the hospital in serious condition.  Israel responded by hitting a Hamas training facility in Gaza Friday night.  They cannot imagine that they can injure IDF personnel with impunity.

The barrage of 200 projectiles, then, was allegedly “revenge” for this attack.
~~~~~~~~~~
Israel then went back over Gaza and hit 40 terror targets.  On Saturday night, Prime Minister Netanyahu told the nation that “In consultation with the minister of defense, the (IDF) chief of staff and the top security command of the state of Israel, we have decided on strong action against Hamas terrorism.   The IDF has struck Hamas with the hardest blow since Operation Protective Edge, and we will increase the strength of our attacks as necessary.” 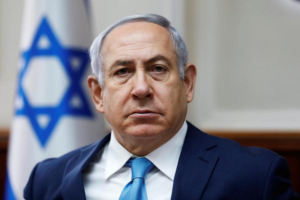 We were provided with information on the sites that the IAF had struck: two terror tunnels, two large logistic centers, a Hamas Battalion headquarters in Beit Lahia in northern Gaza, etc. etc. With this came the explanations about how, via our Intelligence, we had good targets to hit.
~~~~~~~~~~
But this did not reverberate in a positive way in the country, as far as I could tell.  I did not sense a reaction of “Wow! We’re really showing them.”

I certainly did not have that reaction.  I felt jaded and weary, with a sense of déjà vu.

My visceral response was, “Now? Now you’ve decided to take strong action against terror? After 100 days of incendiary kites and balloons, when so much of our south has been burned?  There had to be a barrage of rockets before this action was taken?
~~~~~~~~~~
And then there was this statement on Sunday from an air force official (emphasis added):

“It’s challenging because the enemy is advancing and we need to develop capabilities that will allow us to do it always with the aim of avoiding harm to the uninvolved.  At the end of the week, it was defined for us to harm Hamas’ infrastructure and not terrorist operatives.”

Bad enough that there is such a directive. But he had to say so publicly??  This is NOT the path to deterrence.
~~~~~~~~~~
Very shortly thereafter, a ceasefire, arranged, I believe, primarily by Egypt, was called. Actually, Hamas called for it.  It didn’t hold at first, but then it did.

Within our government echelons there was arguing about whether we should have accepted a ceasefire when Hamas asked for it, rather than continuing.  Some very pertinent questions were asked, many of which should not have been made public.
~~~~~~~~~~
Following this, Islamic Jihad declared that the ceasefire did not include balloons and kites. And Netanyahu made a statement at the beginning of the Cabinet meeting yesterday making it very clear that indeed it did.

“I heard it being said that Israel has agreed to a ceasefire that would allow the continuation of terrorism by incendiary kites and balloons; this is incorrect. We are not prepared to accept any attacks against us and we will respond appropriately.”

https://www.ynetnews.com/articles/0,7340,L-5310629,00.html
~~~~~~~~~~
The prime minister said he had instructed the IDF to put an end to the incendiary balloons and kites.  The Security Cabinet had met and delivered a similar message. But there was much vagueness as to how this would be accomplished.

Arguments emerged from within the Security Cabinet that should not have been leaked regarding whether it’s appropriate to shoot directly at launchers as some of them may be “children.”  (Was the 15-year old who lobbed the grenade at the IDF officer on Friday a “child”?)

There is further stringency now with regard to our response to these launchers, but no, they are not being routinely shot at directly – although direct shots were taken at one group that was identified as Hamas.  In some instances, we are still hitting Hamas targets in Gaza in response.  Sometimes we are using drones to shoot near launchers.

Yesterday, there were six fires that had to be dealt with.
~~~~~~~~~~
Today, Monday, Netanyahu visited in Sderot, including a kindergarten, at the invitation of Mayor Alon Davidi. 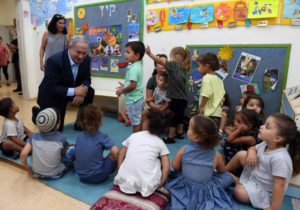 “Our feelings about the ceasefire are very difficult. It’s Hamas who decides whether to open fire, or to cease fire — and not the State of Israel.

“I am calling on the prime minister and the cabinet ministers to be with the residents, to come down to the south and to hear the sounds of our hearts at the end of this most difficult week that has taken place since Operation Protective Edge.”

http://www.jewishpress.com/news/eye-on-palestine/hamas/sderot-mayor-asks-netanyahu-to-visit-says-hear-the-sounds-of-our-hearts-after-terror-trauma/2018/07/15/
~~~~~~~~~~
“I don’t want to tell anyone that the matter is over,” the prime minister said. “We need to be prepared for a protracted campaign. There is an exchange of blows; it doesn’t end with one punch.”

He spoke of a “process” but said he was confident that Israel would obliterate the threat.

The question is whether the residents of the south, or the people of the nation collectively, have patience for “a process,” which began later than it should have, and has been rather vague in terms of what the parameters of this process were supposed to be.
~~~~~~~~~~
Last week, the IDF warned that Hamas is planning to use exploding drones to step up ‎its arson terrorism campaign…

“Israeli intelligence suggests that Hamas terrorists ‎have recently begun adding timers to the fire kites and balloons, seeking to delay their combustion in hopes of keeping them airborne for a longer period of time and thereby increasing their range inside Israeli territory.”

“The drill in the country’s Negev region, which involved infantry and armored corps, included exercises in urban warfare, with the city of Beersheba serving as a surrogate for Gaza’s cities, Channel 10 news reported…

“Taking part in the drill, Ohad Najameh, commander of the 401st Armored Brigade, said he believed penetrating deep into Gaza would not take long, but that a decisive victory over Hamas would take some time.

“’In order to win, we need to confront the enemy, and we want to confront them on our terms, in our time. We’ve developed the tools and the exercises so that we will be the stronger side when we meet Hamas’…

“’We are ready and speaking in terms of war [that could come] tomorrow,’ Lt. Col. Barak Rubin, deputy commander of the Nahal infanty brigade, told Channel 10. ‘It occurs to me that this drill could become a real entry into the Strip.’

“’The purpose is decisive action, that when I meet the enemy, I will be able to defeat him and destroy him. We’re preparing surprises on our side, tools the other side is unaware of.’”

Be aware, my friends, that this does NOT mean we are moving into Gaza tomorrow. And this certainly won’t happen in response to the incendiary devices alone.

Press was invited to this drill.  It was intended to deliver a message to Hamas: we are ready, do not test us.
~~~~~~~~~~
I hope to come back to a discussion of why the government has been dragging its feet in responding to Hamas.  Perhaps now, finally, we will see another direction.