Even with the UGH! there are always good things to report.  And so, today I had hoped to begin with a deeply moving story, to establish a balance in tone before I moved forward.

As matters are playing out, however, I thought it best to focus first on weightier issues. Make sure, however, that you read to the end for that beautiful and uplifting story.

There are many Israelis who would argue that the fact that Eurovision has begun in Tel Aviv, and that we have thousands of visitors here, means my use of UGH! to describe our current situation is inaccurate. I respectfully differ with them, as you shall see.

If there’s a bright note worth mentioning with regard to Eurovision, it is this:

Madonna – who has arrived here and will perform two songs during the Eurovision finale on Saturday night – is to be saluted.  There was considerable pressure put upon her to boycott the event because it was in Israel, but her response was that, “I’ll never stop playing music to suit someone’s political agenda…” 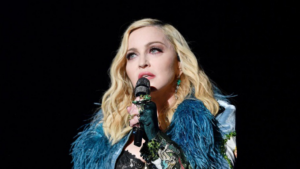 Because of Eurovision, we are in a “holding pattern” with regard to Gaza: there is very reasonable expectation that matters will explode again not long after it ends. 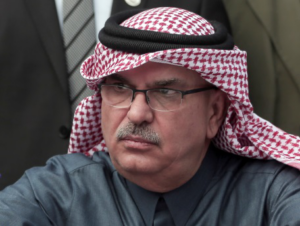 It had been announced that Qatari money was not going to pay Hamas salaries.  Instead, money would be distributed to needy families via post offices, as was done before, with $100 to go each family. That’s distribution to 300,000 families, which represents quite a task for Qatar, which does not exactly have an extensive staff in Gaza.  Last time we saw pictures of crowds of people in the post offices.

“The Qatari envoy…handed over $30 million to Hamas on Monday, and now families are being asked to check whether they received the $100 grant they deserve.”

Ah… that would have to be the process. This should not be a surprise.  We must remember that Qatar is a supporter of radical Islam.   Pray tell, how much of the $30 million ended up in Hamas pockets or has been set aside for terror purposes?

I have all sorts of questions that it is pointless to pose: Who decided which families were eligible for the relief, and how many of them will be contacted to determine if they received their money?

On Tuesday, el-Emadi said that Qatar would continue providing humanitarian assistance in Gaza for a period of six months.  This would include further aid to poor families, provision of electricity and building of a hospital in coordination with USAID.

But also on Tuesday, a Hamas official was quoted in the Lebanese paper Al-Akhbar (emphasis added):

His organization, he said, “has sent a message to Israel through negotiators, stating that it [Israel] still didn’t fulfill all obligations that the organization demanded in the ceasefire deal.”

I have been writing consistently that Israel has been quiet with regard to the putative “ceasefire.” Our government never officially acknowledged the fact of a ceasefire, although it is de facto insofar as rockets and bombing are concern.

We have released no statement concerning what we have committed to doing for Hamas, whatever may or may not have been informally agreed to.  But we have a bit of insight as to what is going on, if Hamas equates its “demands” with Israel’s “obligations.”  This means that at any point, regardless of what Israel does accede to (such as allowing Qatar to bring in money), Hamas can declare Israel has responded unsatisfactorily.

Once again, it is my observation that this is a group that shows no evidence of being even marginally deterred (even as el-Emadi says Hamas wants to keep things quiet and only Islamic Jihad is looking to stir things up).

Certainly any notion of Hamas keeping matters quiet at the border is a huge joke.

We are now in the middle of the observance of the “Nakba,” which means “catastrophe” and refers to the founding of Israel. This does not coincide exactly with Israel’s Yom Ha’atzmaut celebrations, because we mark our independence according to the Hebrew calendar, on the fifth of Iyyar, whereas the Arabs mark the date on the Gregorian calendar, which is May 14.

Our forces are on high alert. But I must add that the rules for firing live ammunition have been tightened at this time in an attempt to avoid major incidents.

“Protests,” which began on Tuesday, the 14th, will continue until Friday.  Friday, the day of the week when we most typically see violence at the fence, is likely to be difficult.

How much more violence there will be on Friday than there was yesterday (Wednesday) I cannot say:  Yesterday, some 10,000 Gazans marched to the border, rioting at several points. Tires were burned, rocks and explosive devices were hurled, and there were attempts to damage the fence.

This has an altogether too familiar ring. 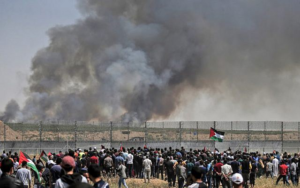 Perhaps most unsettling was the speech delivered by senior Hamas official Fathi Hamad, who, says Times of Israel, is known for his “fiery rhetoric.” On Wednesday, he warned Israel that:

“The day of your slaughter, extermination and demise is approaching.

“We came to tell the Zionist enemy, its men, army, government and Knesset: ‘Go away from us.’ 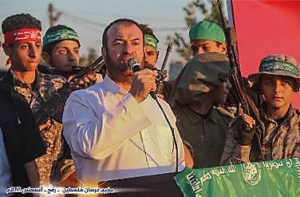 Yes, yes… “fiery rhetoric.”  I realize that Hamad is considered a bit of renegade.

But we do not have to take him literally, or quake in our boots because of fear they are about to drive us out, to understand that Hamas is not interested in a genuine “ceasefire.” Not if a member of the Hamas politburo speaks thus. Hamas is interested in confrontation and challenge. And Hamas will take whatever it can.

Not that this is exactly news, of course.

It also happened yesterday that the IDF foiled the smuggling of military equipment into Gaza.  The equipment was hidden within mail packages that were supposed to go into Gaza via the Erez crossing. It had all apparently been ordered on line.  COGAT caught 172 packages that were suspicious out of 250.  They contained drones, military boots, scopes, weapons sites, weapons holsters, and more.

After Eurovision ends and all the visitors go home, we would be very foolish indeed to allow Hamas to take one single step in the wrong direction.

Our prime minister told us – when the fighting stopped before Yom Hazikaron – that we needed to be judicious and patient in handling the situation, but that it was not over.

I suggest that it will be time for a strong hand, undiminished.

I have just read that we again cut back the limits on the fishing zone for Gazan fishermen because of the incendiary balloons, and I shrug.  How many times have we reduced the zone and then expanded it again in recent weeks?

What does this accomplish?

I have not noticed Hamas leadership saying, “Oh, oh, let’s be careful because our fishermen need that larger zone.”

Negotiations for a coalition are really not going well – although there is still time and something may yet shift. Prime Minister Netanyahu has gone public with his complaints that the various factions are making demands that are beyond reasonable, both with regard to insistence on holding certain portfolios and instituting certain programs.  He has lamented the outrageous cost that would be entailed in funding all of the programs that are being demanded; and in the fact that the demands of various factions clash.

Part of this is certainly real, and I have no doubt but that he is mightily frustrated. I would not wish to be in his shoes now. But, as he is a sharp politician, it is likely that another part of this is a sort of political grandstanding that puts pressure on the factions.

Lieberman is being hardnosed in the extreme, refusing to compromise on any of his many demands.

One has to wonder what his ultimate goal is, for he is not going to get everything he is demanding, and it would seem prudent for him to achieve some of his goals rather than walk away (which is what he still says he will do) and gain nothing.  He is being so rigid in his demands that there is suspicion that they may represent more than a bargaining position. 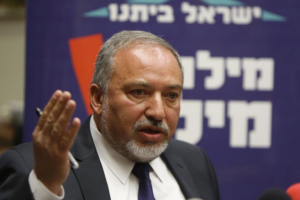 Not for the first time, I’m reading thoughts that Netanyahu might go for a coalition of just 60, truly an undesirable situation.  Were that possible, and were he to do that, Lieberman might re-think his position and sign on to the coalition. (Knowing that the process can move ahead without him might have a very sobering effect.)

One catch here: Moshe Kahlon, head of Kulanu, is reportedly saying he won’t sign on unless Lieberman does first.  Netanyahu cannot do without both.

As I write, there has been one coalition agreement signed, with United Torah Judaism (UTJ) – Ashkenazi ultra-Orthodox.  Interestingly, they signed onto the draft law that Lieberman has been insisting had to go through without modifications – even though it was not their preference.  They have received agreement on other ways of recognizing the value of Torah study.

You may have noticed that I have mentioned Mahmud Abbas and the Palestinian Authority very little of late.  That is because they have become irrelevant to a considerable degree.  They have rendered themselves irrelevant, and to a very large extent the PA does not exist any longer.

I will get to this, very likely in my next posting.

But here I close with that deeply moving story:

Every year, during official ceremonies on Mount Herzl marking the beginning of Yom Ha’atzmaut, there are people selected to light torches.  One of them this year was Marie Nahmias – referred to as “momo,” which means “mother” in the French of her native Tunisia. Today a great-great-grandmother with over 100 descendants, she spent her life raising her own eight children as well as fostering other unwanted and disabled children. She captured the hearts of those in the audience that day. 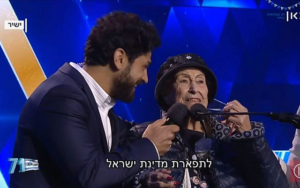 (The Hebrew means, “For the splendor of the State of Israel”)

“Quietly, and far from the public eye,” she took into her home over time 52 children no one else wanted — “children abandoned by terrified parents in hospitals because they were born with physical deformities and diseases.”

During proceedings, the host, Aviv Alush, asked her to bless Israel.  She readily agreed, bringing the audience to their feet:

“May Israel be blessed, from all my heart, God will hear me, and the righteous [in Heaven], that it [Israel] rises ever upward, that we grow, that our soldiers don’t fall anymore — from all my heart, that the Jews and the Arabs and the Christians and the Druze, tomorrow we will all become one single hand. We are all made by God, may he give us peace, and next year, may there be another 10 million [of us]…For the splendor of the State of Israel.”

See more about her story here, and, scroll down towards the bottom for a brief video of her prayer and the ecstatic response of the audience.

Sure made me cry.