This morning, Elhai Taharlev, 20, a member of the prestigious Golani Brigade of the IDF, was murdered in a car ramming at the Ofra Junction.

I do not believe there is anyone who thinks it is a coincidence that this happened just five days before Pesach. 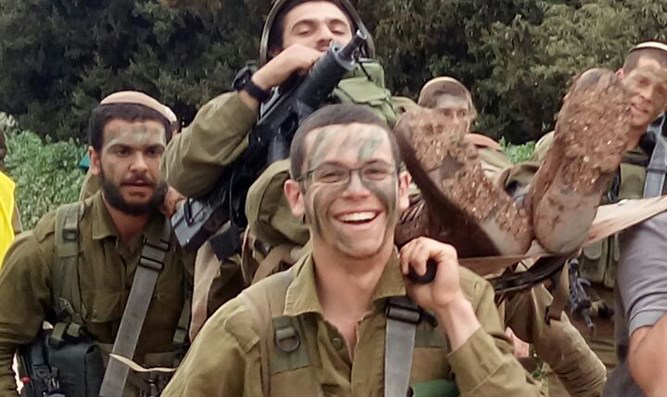 Elhai was from the community of Talmon, in the Binyamin region of Samaria.

He had studied at Mekor Hayim yeshiva high school in Kfar Etzion in Judea and, afterward, at the hesder yeshiva in Tekoa.

Elhai leaves behind six siblings and parents.  His father, Rabbi Ohad Taharlev, is the head of Midreshet Lindenbaum in Jerusalem, a place of religious study for women.

I have no information on the terrorist except that he has been apprehended and is from the Palestinian Arab village of Silwad in Samaria.

The community of Talmon released a message in response to this news (emphasis added):

“On the eve of the Passover holiday, the Taharlev family and, with them, the residents of the Talmon community received the tragic news. Our dear Elhai was murdered. A talented youth, modest, and very, very beloved. The pain breaks the hearts of friends, neighbors, kids in the youth group and all the members of the community who knew Elhai and loved him.

“This is the third neighbor we are losing: Roi Arbel, father of 5; Gil-ad Shaar (one of the three boys kidnapped and murdered three years ago) and now Elhai, were taken from us by evil human beings. Spring won’t bring comfort to this great pain. We embrace the family, and we ask the Creator of the Universe to put an end to our sorrows.

“We believe that we can overcome our enemies, and that we will.”

Elhai was laid to rest at Har Herzl military cemetery this evening.

Two of my granddaughters, from two different families, attended his funeral.  One, 18, is a student at Midreshet Lindenbaum and was terribly upset at the news that the son of her much loved rav had been killed.

The other, 16, had no connection to the Taharlev family.  She told me that, “When a soldier of Israel dies, I go to the funeral.”

I was blown away, and I knew with absolute certainty that indeed we would overcome.

What do Americans, especially young Americans, understand about our lives here?

I had intended to put out a very brief posting this evening, but the news about Elhai Taharlev had priority.

What I had wanted to share with you – what I now WILL share with you – is the link to Caroline Glick’s latest column, “Leaving the big tent,” which appeared in the JPost on Tuesday, April 4.

As it turns out, I think there is an intrinsic connection between the sad news concerning Elhai and what Glick says. 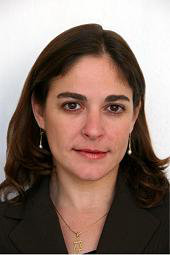 I had written recently that I regretted that I did not have more time to address the issue of American Jews who are drawing away from us here in Israel.

Glick has now done a stunning piece on this – actually touching upon all of the main concerns I had hoped to write about.  I saw no reason to reinvent the wheel.  It seemed to me, rather, quite appropriate to refer to what she has written.

Her thesis is both quite simple and quite bold: It is time to face the fact that some very left wing, Israel-slamming Jews, in spite of their claims to really love Israel, have “left the tent.”  It is time for us to be done with apologetics and trying to twist ourselves into pretzels in order to find ways to include these Jews and to understand their perspective.

Those Jews who libel Israel regularly, out of some distorted notion that they answer to some higher morality and are “helping” Israel, are beyond the pale:

“…For more than a decade American Jews led by radical rabbis and thought leaders have been threatening Israel.  (“You are making us embarrassed…We won’t be able to keep supporting you…”)

“The time has long since passed for Israel to begin a frank exchange with these people.  There are lines you cannot cross and still expect us to care what you think.”

She provides ample examples of the sort of Israel-bashing Jews she is referring to.  I mention in particular here the absolutely shameful behavior of Jewish Voices for Peace (JVP), which has just hosted Rasmea Odeh, a Palestinian Arab terrorist.  “JVP is certainly a Jewish group…But everyone associated with JVP is an enemy of Israel.”  (Emphasis added)

Read this, share it, and take the time to think about it.

Glick did not specifically make this point, but I will:

A host of groups such as JVP that slam Israel are having a negative effect on the thinking of well-intentioned young American Jews, confusing them with regard to what their moral stance should be and what the facts are.  It is time to name and shame these groups, and to stand up for Israel with iron determination.

Glick did make the point that Israelis across the political spectrum are getting it.  As example she referred to a forum that recently took place in Brookline, MA, attended by four members of the Israeli Knesset.  A member of the audience challenged them: “I cannot look the other way when three Israeli teenagers are brutally murdered and the response is to kill 2,300 Palestinians [in Operation Protective Edge in 2014].”

All of the MKs rejected her challenge. For what she neglected to mention was that Israel went to war because thousands of rockets, missiles and mortars were launched from Gaza into Israel.

MK Amir Ohana (Likud) clarified that point, saying “Each and everyone one of them targeted to kill us.”

Then he said, “If I have to choose between losing more lives of Israelis, whether they are civilians or soldiers, or losing you, I will sadly, sorrowfully, rather lose you.” 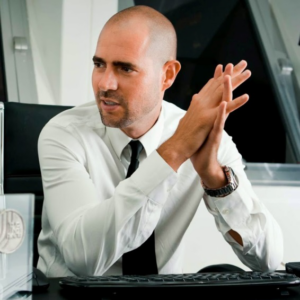