It is Hol Hamoed Sukkot – the intermediate days of the week-long holiday.  The skies are blue here in Israel, and inside the sukkah there is an extraordinary sense of peace. 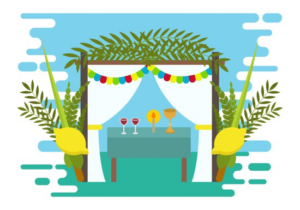 How lovely it would be to shut out the world during this time, but, almost inevitably, the world impinges on the quiet. At least it impinges on my quiet, as I track the news. And oi! Is there a lot going on…
~~~~~~~~~~
One situation that is of concern: The Russian response to the downing of their reconnaissance plane by the Syrians, in the wake of an Israeli attack on a Syrian military facility in Latakia, a week ago Monday. That attack targeted lethal weapons that were going to be transferred to Hezbollah in Lebanon.”

A short interval after the attack, the Russian plane flew into the area and was brought down by Syrian missiles; all 15 Russian crew members died.  Russian President Putin was furious and said that the incident was Israel’s fault: Israel, claimed Putin, hadn’t provided them with sufficient warning, and had used the Russian plane as cover during the attack.

After investigating, Israel declared that “deconfliction” procedures had been followed – a warning had been delivered to the Russians twelve minutes before the attack – not one minute before as the Russians claimed.  What is more, the Israeli planes involved in the attack had already returned to Israeli airspace before the Russian Il-20 reconnaissance plane entered the area where the attack had occurred.  The Syrians, said the IDF, had simply continued shooting, indiscriminately and irresponsibly.
~~~~~~~~~~
Once Prime Minister Netanyahu called him, Putin backed down, saying the incident was a “tragic accident.” Right after Yom Kippur, a high level Israeli delegation went to Russia to present documented evidence from the Israeli investigation.  It was thought that it had been received positively.

Very quickly, however, the Russians began making noise about not accepting the Israeli version of events and saying they were going to do their own investigation.
~~~~~~~~~~
Within days, the situation began to look ominous.  Their investigation, said the Russians, revealed that Israel was totally at fault.  In fact, the claim was made that the incident was the result of “intentional actions” by Israel, i.e., using the Russian plane as cover.  No serious analyst in Israel believes that the Russians have truly concluded this: It is the line they have opted to take.

This represents a troublesome deterioration in Israeli-Russian relations, and the corollary here is serious:

The Russians have announced that in two weeks they will sell Syria the advanced S-300 air defense system. 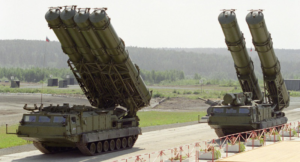 In addition, Defense Minister Sergei Shoigu announced that Russia planned to jam radars of military planes striking from off the coast of the Mediterranean.  All of this, the Russians declared, was in order to protect their troops in Syria.

https://www.timesofisrael.com/russia-to-supply-syria-with-advanced-s-300-anti-aircraft-system/
~~~~~~~~~~
US National Security Advisor John Bolton called this a “significant escalation.”  Shoshana Bryen, Director of the Jewish Policy Center, and Stephen Bryen, have written an analysis of the ways in which Russia’s current decisions might spark a flare-up:

https://www.jewishpolicycenter.org/2018/09/26/giving-air-defense-system-to-syria-threatens-broader-war/
~~~~~~~~~~
Israel has existential red lines with regard to Syria: no weapons – either manufactured in Syria or received from Iran – that are intended for transport to Hezbollah in Lebanon, and no Iranian entrenchment in Syria, most notably near the Golan border or in locales intended to forge a direct path to the Mediterranean.

(Israel wants Iran out of Syria completely, but accomplishing this is difficult: the Russians had concurred on this at one point but likely do not actually have the clout to achieve this goal.)

On Tuesday, before flying to the US for the UN General Assembly, Netanyahu made it clear that we would continue to act in Syria as our interests required, Russian missiles or no Russian missiles, and that there would be on-going efforts to improve the relationship with Russia. 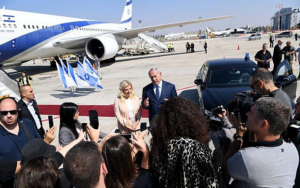 https://www.timesofisrael.com/netanyahu-israeli-russian-military-officials-to-work-on-restoring-ties/
~~~~~~~~~~
It is possible that in the course of the next two weeks the Russians will change their minds about the missiles.  It would not be the first time.  Netanyahu is planning to travel to Russia very soon to meet with Putin. And US Secretary of State Pompeo is expected to meet with his Russian counterpart, Sergei Lavrov, on the sidelines of the UN General Assembly.

If Russia does supply Syria with those missiles, there seem to be some questions as to whether the Syrians can competently operate them. This situation might delay the use of the missiles or impinge upon their effectiveness.

On the other hand, if Russia or Iran sends technicians to operate them, the Israeli air force, which fully intends to take out the missiles if fired upon, would be hitting Russians or Iranians.  And this would lead to a serious escalation.

If the missiles are delivered, there is the possibility that Israel might attempt to destroy them before they are even utilized.
~~~~~~~~~~
If radar jamming of military planes is done by Russia, as threatened, this makes “deconfliction” impossible. This would be a negative for Russia, for it would make it more likely that Israel might accidentally hit Russian planes or personnel in the course of a sortie.  When this is considered, it makes the entire scenario seem more bewildering and ominous.
~~~~~~~~~~
We need to look, then, at why Putin is responding in such a hard-nosed fashion. An analysis has been provided by award-winning defense journalist Ron Ben-Yishai (pictured below):

The Russian report [on what allegedly happened] “is intended to fabricate excuses to the Russian public about the failures of its forces deployed in Syria on the night of the incident. These failures and shortfalls in the overall aerial situation are what contributed to the plane being shot down no less that the Syrian air defenses who pulled the trigger and launched an SAS missile at the Ilyushin Il-20.

“…the Russians did not provide its Syrian allies with the electronic signals which identify their planes as Russian.

“The Russian officers who operate jointly with the Syrian air defenses failed to properly supervise the anti-aircraft fire and the radar screens while the Syrian operators pressed the launch button. The Russian officers were there and they can surely recognize Russian planes but for a reason that is not clear, a mistake was made or someone failed in their professional responsibility. The claim that Israeli jets used the Russian plane as a shield against the Syrian air defense systems is merely a ploy to cover up this failure.”

All of this is enormously damming and incredibly embarrassing. So the solution was to turn on Israel. 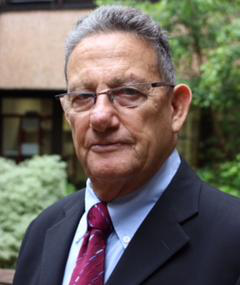 ~~~~~~~~~~
We must keep in mind the “deconfliction” agreement serves both parties.  Israel requires freedom of operation in Syria to attack weapons caches intended for Hezbollah and sites of Iranian entrenchment.  This, the Russians have given us, as long as Russian personnel and equipment are not hit.

But the flip side is that Russia wants Assad left alone, with actions that might undermine or destabilize his regime avoided.  This has been Israel’s commitment within the agreement.  In the end, Putin might think better of undoing this.

Ben-Yeshai observes that “The Defense Ministry did not include in its report any warning or threat of retaliation and this is a good sign…Putin is seeking to create an image in which he is the good cop who wants to safeguard good relations with Israel and with Prime Minister Benjamin Netanyahu. But the Defense Ministry knows that it can’t go too far and make threats against Israel…”
~~~~~~~~~~
A short while ago, Mahmoud Abbas, and then Prime Minister Netanyahu delivered their addresses at the General Assembly.  If it is necessary for me to discuss these addresses in any detail, I will do so after the holiday is over.

Netanyahu spoke about a secret Iranian nuclear site in the Turquzabad district of Tehran and criticized the IAEA for not taking any action since he revealed an Iranian nuclear archive.

He also revealed Hezbollah precision missile sites hidden in Beirut. This sort of exposure is productive, as it lets Hezbollah know we are on to their secrets as well.  His ability to carry this off is a particular skill of our prime minister. 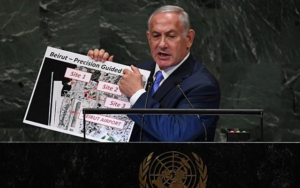 http://www.jewishpress.com/news/eye-on-palestine/palestinian-authority/live-broadcast-palestinian-authority-leader-mahmoud-abbas-addresses-73rd-un-general-assembly/2018/09/27/
~~~~~~~~~~
What I do want to consider here a bit more extensively is the talk by President Trump at the UN General Assembly, on September 25.  You can read the text of his speech here:

Unsurprisingly, he is opposed to globalism, and speaks in defense of the sovereignty of nations.  It is, I believe, no small matter that he talks as a passionate patriot.  Key points he touched upon (emphasis added):

— In Syria, he urged “de-escalation of military conflict, along with a political solution… But, rest assured, the United States will respond if chemical weapons are deployed by the Assad regime.”

— Concerning Iran, he leveled harsh criticism and described the sanctions that have been put in place, promising more to follow:

—With regard to Israel, he declared, “In recognition of [the right of] every sovereign state to determine its own capital, I moved the U.S. Embassy in Israel to Jerusalem.

“The United States is committed to a future of peace and stability in the region, including peace between the Israelis and the Palestinians. That aim is advanced, not harmed, by acknowledging the obvious facts.

“America’s policy of principled realism means we will not be held hostage to old dogmas, discredited ideologies, and so-called experts who have been proven wrong over the years, time and time again.”
~~~~~~~~~~
Yesterday, Netanyahu and Trump met on the sidelines of the General Assembly, with an informal press conference prior to the meeting.

What should be noted is that Trump continues to say that he is with Israel 100%, and that Netanyahu declared that everything he requested in their meeting the president agreed to.

During the press conference, Trump made the statement that he “liked the two-state solution. That’s what I think works best.”

That caused a flurry of analysis, but he clarified today by saying that he prefers it because “you have people governing themselves,” but if the parties want one state, hey, that’s OK with him.  He just wants to get to peace.  He says that the “peace plan” will probably be unveiled in three or four months, and he persists in his prediction that the Palestinian Arabs will like it.

Netanyahu has made it clear that in any deal, Israel must be responsible for security to the Jordan River, and says that Trump understands this.  The PA says not one Israeli soldier would be allowed in their state.

Many in Israel, including yours truly, would not consider a Palestinian state in any terms.  What we must be talking about now are alternatives.
~~~~~~~~~~
On and on it goes… but I have come to the end.  There will be time enough for more next week.

Shabbat approaches, and on Sunday night, Monday we have Simchat Torah, a holiday of rejoicing in the Torah. Our tree of life.

Chag Sameach to all. 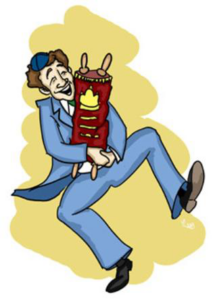 © Arlene Kushner. This material is produced by independent journalist Arlene Kushner. Permission is granted for it to be reproduced only with proper attribution. to all.