From Israel: Give Me a Break!

On July 19, the Knesset passed Basic Law: Israel as the Nation State of the Jewish People.

The furor that has ensued since then has been unreal.  As I have been focused on security issues, I come to this only now.  But a refutation of the charges leveled against this legislation is important.
~~~~~~~~~~
In November of 1917, British Foreign Minister Lord Alfred Balfour sent an official government letter to Lord Walter Rothschild, a leader within the Jewish community of Britain. Known as the Balfour Declaration, the letter declared:

“His Majesty’s government view with favour the establishment in Palestine of a national home for the Jewish people, and will use their best endeavours to facilitate the achievement of this object, it being clearly understood that nothing shall be done which may prejudice the civil and religious rights of existing non-Jewish communities in Palestine…”

This letter – which recognized national political as well as civil and religious rights for the Jewish people, and individual civil and religious rights for other groups in Palestine – was binding only on the British government.  However, in subsequent years it found its way verbatim into documents that were legally binding on the international community.

There was, first, the San Remo Declaration, and then the Mandate for Palestine passed unanimously by the 51 members of the League of Nations in July 1922.  The Mandate formally recognized Britain as the mandatory power for Palestine (a form of trusteeship that was to result in subsequent independence for Palestine).

This was an item of international law that was never superseded.

It gave recognition to “the historical connection of the Jewish people with Palestine and to the grounds for reconstituting their national home in that country.”

Britain, the mandatory power, was charged with facilitating “Jewish immigration” and encouraging “close settlement by Jews on the land…”
~~~~~~~~~~
So, I ask, what is everyone’s problem? It seems to me that the new Israeli law reflects the sense of these legal documents.

The charges against Israel – that this creates an apartheid state or is racist or deprives minorities of their rights or demeans other groups – are empty.  Non-Jewish citizens in Israel have the same rights they had before the legislation was passed:  Protection within courts of law, right to vote and have representation in the Knesset, social benefits including health care and pension, full freedom of religious expression and right to access their holy place, etc.

But, folks, we are a Jewish state.  Israel is an expression of the right to self-determination of the Jewish people.  We are a liberal democracy that guarantees rights to all citizens, but were we only a democracy, we would no longer be a Jewish state.

This law recognizes Israel as “the national home of the Jewish people.”  It declares that Jerusalem is the capital of Israel, sets Hebrew as its official language and the Hebrew calendar as the official calendar of the state alongside the secular calendar.  It recognizes Independence Day, and two days of remembrance.  It establishes Jewish holidays and Saturday as days of rest.

It describes the flag of Israel, which has a blue Jewish star (Magen David) at its center. 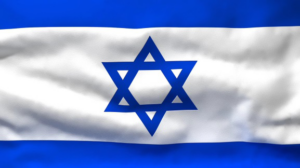 It sets Hatikvah – which speaks of the yearning of the Jewish soul to be a free people in our land – as the national anthem.  And it describes the official state symbol, which features a seven-branched menorah.

This, quite simply, is who we are.  We declare it with pride.

The law declares that the state “views Jewish settlement as a national value and will labor to encourage and promote its establishment and development,” and, further, that the state will be “open to Jewish immigration and the gathering of the exiled.”  All of which echoes the sentiments of the British Mandate.
~~~~~~~~~~
Those who charge that this somehow diminishes non-Jewish Israeli citizens have a political agenda: they are out to weaken the essence of who we are. 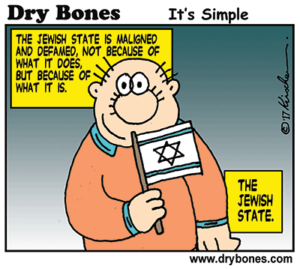 They ignore the fact that within this law Arabic is afforded a special status and the right of non-Jews to honor their days of rest is recognized.

They neglect to mention the participation by non-Jews in government, and even as members of the Supreme Court.
~~~~~~~~~~
I will note here that some of the Druze leaders of Israel are seeking some special recognition within this new law.  They long ago committed to service in the IDF, something not incumbent upon Arab Israelis.  There is some talk of an amendment to the new law in response to their concerns.

However, Communications Minister Ayoub Kara (Likud), a Druze, voted for the law and continues to stand by it even after having received death threats for having done so. He says:

“I will continue to represent the members of my community with dignity and pride – I did in the past and will do so in the future.

“The Nationality Law does not turn us into second class citizens – on the contrary, it complements and does not contradict the Basic Law: Human Dignity and Liberty. The new law in no way detracts from the individual rights guaranteed to all the citizens of Israel.

“…threats to my life will not change my firm nationalist and Zionist views.” (Emphasis added) 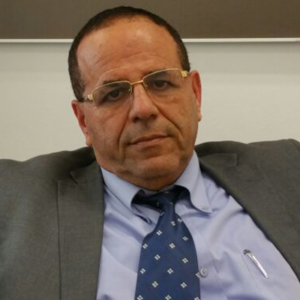 World Forum for Ethics in Business

~~~~~~~~~~
International law professor Eugene Kontorovich frequently compares how Israel is treated in a given situation to the way other nations are treated.  Now – in “Get Over It; Israel is the Jewish State” – he makes the following observations (emphasis added):

“In reality, Israel’s Basic Law would not be out of place among the liberal democratic constitutions of Europe—which include similar provisions that have not aroused controversy. The law does not infringe on the individual rights of any Israeli citizen, including Arabs; nor does it create individual privileges. The illiberalism here lies with the law’s critics, who would deny the Jewish state the freedom to legislate like a normal country…

“The nation-state law declares that Israel is a country established to instantiate the Jewish people’s ‘right to national self-determination.’ It constitutionalizes symbols of that objective—the national anthem, holidays and so forth. There is nothing undemocratic or even unusual about this. Among European states, seven have similar ‘nationhood’ constitutional provisions.

“Consider the Slovak Constitution, which opens with the words, ‘We the Slovak nation,’ and lays claim to ‘the natural right of nations to self-determination.’ Some provisions are found in places like the Baltics, which have large, alienated minority populations. The Latvian Constitution opens by invoking the ‘unwavering will of the Latvian nation to have its own State and its inalienable right of self-determination in order to guarantee the existence and development of the Latvian nation, its language and culture throughout the centuries.’ Latvia’s population is about 25% Russian.

“The new Basic Law also establishes Hebrew, the primary language of 80% of Israel’s population, as the official language…Far from undermining democracy, the Basic Law puts Israel in line with other Western nations. Most multiethnic, multilingual European Union states give official status only to the majority language. Spain’s Constitution, for example, makes Castilian Spanish the official national language, and requires all citizens to know it, even if their mother tongue is Basque or Catalan…

“Nor does Israel have official religions, and nothing in the new Basic Law changes that. In this respect, Israel is more liberal than the seven European countries with constitutionally enshrined state religions.

“Perhaps the best evidence that Israel needs a constitutional affirmation of its status as the sovereign Jewish nation-state is the eagerness of so many to denounce as undemocratic measures that are considered mundane anywhere else.” 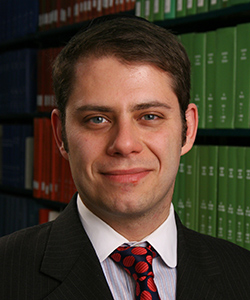 ~~~~~~~~~~
Unfortunately, it seems I cannot do a posting without mentioning the situation at the Gaza border.  What this provokes is an absolutely maddening sense of déjà vu.

Last night, Hamas encouraged some 20 young people (children) to protest violently at the fence, drawing the attention of an IDF patrol in the area.  The rioters were used as a cover by snipers, who were behind them and shot at the IDF soldiers.

All together now:  AGAIN?

An officer was hit; thankfully he was wounded and not killed.  Shot in the chest and stomach, he was originally declared critical but his condition has since improved.  Obviously, that high powered Austrian Steyr rifle was not the weapon utilized this time. His mother called it a miracle.

All of this took place about 400 meters from where Aviv Levi was killed last week.
~~~~~~~~~~
Israel retaliated using tanks and planes.  Several Hamas sites were hit and three members of Hamas were killed.  Izz ad-Din al-Qassam Brigades, the military wing of Hamas, then declared that “Israel will pay in blood for its latest crimes.”

Very early this morning residents of three communities adjacent to Gaza were aroused from their sleep when sirens sounded:  Nine rockets were launched from Gaza.  Eight fell in empty fields and one was shot down by Iron Dome.  Israel then responded with a tank shelling.

https://www.timesofisrael.com/hamas-puts-forces-on-alert-threatens-revenge-after-idf-kills-three-fighters/
~~~~~~~~~~
Oh, then there are the fires.  We’ve had several – in excess of 10 — from incendiary devices in the last few days, including today.
~~~~~~~~~~
Public Security Minister Gilad Erdan, a member of the Security Cabinet, said this morning:

“We are being dragged into a broader campaign with Hamas. We are getting closer in big steps…to a situation in which the IDF will need to set out on a broad operation.”

Defense and security heads met last night to consider Israel’s next step.
~~~~~~~~~~
According to journalist Ron Ben Yishai, the political leadership of Hamas does not want Israel in Gaza, it is the military wing, Izz ad-Din al-Qassam Brigades, that seeks war.

While this distinction may explain some of the mixed messages of Hamas, in the end it will be moot: If the Brigades want to provoke war, they likely will have war.
~~~~~~~~~
If there is any bright side to this whole story, it is that the Trump “peace team” seems to be getting the message.  Not so many days ago they were talking about massive humanitarian aid to be provided to Gaza, which, it was speculated, would help move peace along.  Now they’ve changed their minds:

On July 19th, Jared Kushner, Jason Greenblatt and David Friedman (US Ambassador to Israel) wrote an op-ed in the Washington Post.  The key lines:

“Until governance changes or Hamas recognizes the state of Israel, abides by previous diplomatic agreements and renounces violence, there is no good option…. without real change accompanied by reliable security, progress is impossible.”

It remains to be seen, how they will envision achieving “real change,” but I think this is a watershed moment in terms of the Americans’ readiness to face reality, rather than indulging in well-intentioned fantasy.
~~~~~~~~~~
Lastly here, I want to allude to the severe unrest in the north, which is very much part of the defense equation.  Residents in the Golan are also waking to the sound of sirens.

However, the situation is so volatile and complex that I cannot do justice to it here, and will return in short order to look at this.
~~~~~~~~~~