Please, my friends, share this absolutely as broadly as you can.  People must know.

On Friday morning, Rabbi Eitan Shnerb, of Lod, went hiking with two of his children, Dvir, 19, and Rina, 17, and stopped at a spring right outside the community of Dolev in Binyamin Regional Council.

What they didn’t know is that terrorists, who were watching from a distance, had planted a bomb.  As they approached the spring, it was remotely detonated. 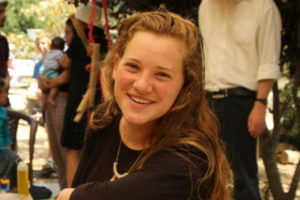 Rabbi Shnerb was moderately wounded.  Dvir was brought out unconscious and required surgery.  He is still critical but conscious and out of immediate danger and, thank Heaven, improving.

Rina was laid to rest later in the day on Friday in her hometown; thousands attended her funeral, although her father and brother Dvir could not.  Rabbi Shnerb spoke to those gathered by phone: “Our response to the murderers is that we are here and we are strong and we will prevail.”

Rina’s sister, Tamar Levanoni, expressing gratitude for every moment the family had spent with Rina, said that her death left a void not just in their family, but “in the heart of the nation.” 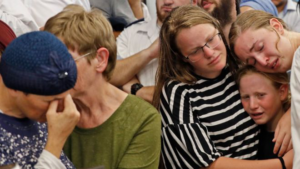 “I remember everything… When we got close to the spring, a large explosive device went off and everything turned black. I heard Dvir shouting, and I shouted ‘Rina, Rina’. I looked down, but after seeing Rina, I understood.

“…Rina saved us, she absorbed it all…Her face was intact. I gave her a kiss and said to her: ‘We will be strong.’

“My son Dvir is learning to become a paramedic. When he began to lose consciousness he said to me, ‘Dad, take off your shoes and pants, it will help the paramedics.’ That’s what he thought about…”

After Shabbat, when Dvir had regained consciousness, Rabbi Shnerb was able to speak with him:

“…he said, ‘Dad, it’s hard for me. I keep seeing it happen.’ I told him, ‘Let’s try to be strong together.’ He remembers that he functioned well during the attack.

“We both cried. There had been several hours that I didn’t know how he would be, I was really scared. I saw him lose consciousness after the attack and say that he can’t breathe. Now I see that he’s coming back to himself a bit, it’s really emotional.”

The Rabbi, who is himself a medic, described how he had used his tzitzit (ritual fringes) as a tourniquet for Dvir.

“He’s communicating, he’s completely with us, he remembers everything. He said he can’t see the world without Rina.”

These are brave and good people, amazing people, who suffer now in the face of evil. They join so many others who have demonstrated incredible strength, as they have been set upon by despicable, hateful Arabs determined, quite simply, to attack and kill Jews.

The hearts of all Israel are with them.  We will prevail.  But, oh, the price.

Just this past February, Rabbi Shnerb, who serves as an army chaplain for a reserve battalion, received a military certificate of appreciation for his assistance in capturing a terrorist squad outside of Har Bracha. 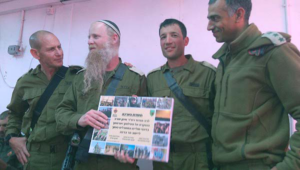 And let me mention the spring:  Formerly known as Ein Buvin, it is now referred to as Ein Dani, after Dani Gonen, who was murdered there by terrorists in 2014. 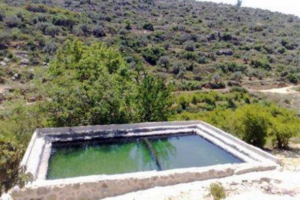 Is the picture becoming clear?

As I write, three Arabs from villages near Ramallah have been taken in for questioning, but the terrorists have not yet been apprehended.  They will be.

The Shin Bet and the IDF do a truly remarkable job not only apprehending terrorists who have acted, but in foiling terror attacks.  Far more are prevented than those that are successfully carried out.

But it is not enough.  Week after week we see innocent Jews killed and injured, and it cannot go on this way.

Among the actions that Minister Bezalel Smotrich is calling for is the immediate restoration of checkpoints.  Over the years, in the “spirit of Oslo,” checkpoints were cut back.

And that leads me directly back to the subject of Congresswomen Rashida Tlaib and Ilhan Omar, who were recently denied permission to enter Israel for a tour of “Palestine.”

After the denial was issued, Tlaib gave an emotional, tear-laced press conference, in which she recalled a childhood visit to her grandparents and extended family:

“I watched as my mother had to go through dehumanizing checkpoints, even though she was a United States citizen and a proud American.”

She paints her people as the long-suffering victims of a cruel Israeli “occupation,” without acknowledging the reason for the checkpoints.  In point of fact, we who live in Israel all go through checkpoints at one time or another, and most of us understand all too painfully why they are necessary.

But it was Frimet Roth who responded with the greatest power:

“Rep Tlaib cried about her mother being ‘dehumanized’ at Israeli checkpoints. My child Malki, a US citizen murdered at 15, would be here today had a checkpoint stopped her murderer and a 10 kg bomb from entering Jerusalem. Remind Tlaib: Checkpoints prevent terrorism – save lives.”

And here we come to the heart of the matter:

In her explanation of why she decided not to visit her grandmother after all – because Israel was prepared to permit her to do so only as long as she didn’t politicize the visit – Tlaib declared:

“When I won the election to become a United States Congresswoman, many Palestinians, especially my grandmother, felt a sense of hope, a hope that they would finally have a voice…

Stop for a moment and consider carefully what this means!!

Rashida Tlaib was elected to Congress as the representative from the 13th district of Michigan.  She is supposed to attend to the needs of her constituents and speak out for them in Congress.

She was NOT elected to give voice to Palestinian Arabs.

And yet she protests when she is not permitted to fulfill that role as she believes it should be fulfilled. There is something essentially askew in how Tlaib is conducting herself.  And I am, frankly, astounded, that more people are not seeing this and protesting.

During the first week of August, 41 Congressional Democrats, sponsored by American Israel Education Foundation, a branch of AIPAC, visited Israel.  House Majority Leader Steny Hoyer (D-5th), who led the trip, bragged that it was the largest annual contingent from Congress ever to visit. It was a welcome, feel-good moment, especially as a Republican group was here in Israel at the same time. 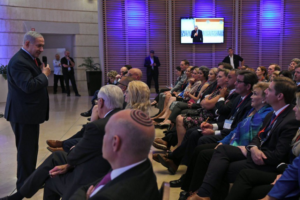 But sometimes it requires a deeper look to truly understand the situation.  This was provided by Philip Weiss and Michael Arria:

“…there was a curious element to the annual trip: hardly any of these visitors has tweeted about their vacation. Apart from reports in the Israeli media…you’d hardly know that the Dems even went…

“By contrast, 31 Republicans have been tweeting up a storm from Israel. Briefings by Netanyahu and visits to military installations are all over their social media accounts.

“The absence of chatter from the Democrats obviously reflects the misgivings that the Democratic base has about the special relationship between the U.S. and Israel.”

The authors are not suggesting that all Democrats are anti-Israel, of course. Nor would I ever suggest this!  But they do make a case for Democratic support being more tepid than it once was.

And we see what happened when the news broke about Tlaib and Omar being blocked by Israel.  Democratic voices, notably those in Congress, were critical of Israel across the board.  These two vociferously anti-Israel women were defended in their “right” to visit Israel, while Israel’s right to keep them out was rejected.

MA Senator Elizabeth Warren, for example, tweeted that “Israel doesn’t advance its case as a tolerant democracy or unwavering US ally by barring elected members of Congress from visiting because of their political views.”

But I thought that Hoyer’s comments stood out as exceptionally obtuse (emphasis added).

“Israel is a strong and resilient nation. It is a robust democracy with a wide divergence of views and opinions, as is the United States. This action reflects weakness, not strength. Instead, the Israeli government should seek to engage these members of Congress in a dialogue regarding Israel’s security and the future of both Israelis and Palestinians… When members of Congress visit Israel, they gain a stronger appreciation for its unique challenges and the existential threats that endanger Israel’s survival as a Jewish, democratic state.”

Is he for real?  Does he truly believe that Tlaib would be willing to dialogue with the Israeli government about Israel’s security (which, in fact, she seeks to undermine)?

Does he not know that they had zero intention of gaining an appreciation of the existential threats to Israel?

Or is this a case of circling the wagons: Democratic Congresspersons standing up for each other at all cost? Careful not to go out on a limb for Israel.

I encountered not a single instance of a Democratic Congressperson saying, “Truly I wish it would otherwise, and that dialogue were possible, but I understand why Israel took this position in light of the projected itinerary of Tlaib and Omar.”

And no one said, “I hadn’t realized before, but now I do!  I’ve done some checking on Miftah and understand how destructive its management of a tour for Tlaib and Omar would have been for Israel.”

No, it’s circling the wagons.

And I tell you, my friends, that President Donald Trump understands this.

I state for the record that I frequently regret his style and find him tone deaf with regard to how his words will resonate with the American Jewish community.

This was the full comment he made that caused such furor:

“Five years ago, the concept of even talking about this, even three years ago, of cutting off aid to Israel because of two people that hate Israel and hate Jewish people – I can’t even believe we’re having this conversation. Where has the Democratic Party gone? Where have they gone that they’re defending these two people over the State of Israel? And I think any Jewish people that vote for a Democrat, I think it shows either a great lack of knowledge or a great disloyalty.”

He should not have used the word “disloyalty,” because it echoes the anti-Semitic trope of Jewish dual loyalty.  But that is not what he meant, and I understood this even before he clarified.  He was speaking about Jewish loyalty to Jewish self-interest, and Israel.

But, oh, did he get it right: Where has the Democratic Party gone? Where have they gone that they’re defending these two people over the State of Israel?

Unfortunately, there will be many who will not hear him because of his style. And many others will use that style as an excuse not to reconsider their positions.

And this is very, very sad.