From Israel: “Fraught with Sadness and Anger!!”

I wish to begin by paying a heartfelt tribute to Rabbi Lord Jonathan Sacks, who died of cancer last Saturday at the age of 72. 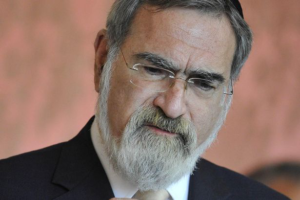 Former chief rabbi in the U.K., Rabbi Sacks was a brilliant thinker and a moral teacher. During the lonely days of the lockdown, I was uplifted by his words, which came to me by YouTube, time after time.

A great loss to the world. May his memory be for a blessing.

This posting will be brief: an interim catchup in the ongoing turmoil of the US election.

I am angry many times over about what is happening.  There is, first, the fraudulent behavior of Democrats in some polling districts.  I will not say – I do not accuse – Democrats across the board, of course. But what happened during the elections in those particular polling places suggests decisions at a higher level.  That is, there was apparent coordination: we’re not looking at the electoral improprieties of just local officials.

Consider what Michael Charles Master had to say on this subject:

“Did you watch the election returns on Tuesday night?  Did you stay up all night?  At about midnight on the east coast, Trump led in all the battleground states by large margins.  The betting odds were more than 75% for Trump to win.  Then for some unexplainable reason, Wisc, Mich, Pa, NC, and NV all stopped counting votes simultaneously… in unison…. took a ‘pause’ … at around 1 AM.    None of those states counted any additional votes for the next 3 hours.  So what did they do for those 3 hours?

“Let me point out a couple of things:

“1. All of those 5 states have Democrat governors.

“2. Suddenly during the 3 hour shut down, in the dead of night when most people were sleeping, all those states found enough votes for Biden to catch Trump.  5 for 5.  At midnight in Michigan, Trump was ahead by 5% (400 thousand votes) with 80% of the votes already counted.  When the next 10% of votes of about 400,000 were counted from Wayne County (Detroit), then suddenly Biden caught Trump with 90% of the votes in.  Biden made up 5% with 10% of the total vote.  That means that all the votes (close to 100%) from Wayne went to Biden.  That also means that practically all registered voters voted in Wayne County.   Does anyone believe any of that is possible?  The same thing happened in Madison, Wis, In Raleigh, NC, in Las Vegas, NV, and could be happening in Phil, Pa by Friday.  So why did all those Democrat stronghold cities take a ‘pause’ to report their votes? 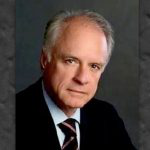 This provides a sense – a solid sense – of what is going on.  Not only is it not a pretty picture.  It is deeply, deeply disturbing because of what it says about America.

But how are the Democrats responding?  There is no proof of voter fraud they say.  The implication is that the Republicans are sore losers, looking for excuses to stop Biden from taking over.

A double outrage then, when it is so clear that SOMETHING is not kosher.  If the Democrats were genuinely certain that there were no electoral games being played, they would invite the legal investigations so that there would be no smirch of irregularity on the new administration.  They would be eager for full vindication.  The fact that this is not the case further suggests to me, and many, many others, that something is not right.

I cite Michael Charles Master again, here, because he says it so well.  The Democrats are claiming, essentially, that the Republicans are unable to accept the decision of the voters.  However…

“Think about this for a moment:   ‘ resist’ by Democrats from the first day that Trump was elected, recounts, no peaceful transition of power, impeachment, 3 years of false accusations about Trump colluding with Russia to affect the 2016 election, Mueller,  Comey/Clapper/Brennan with the FISA requests and the Steele Dossier paid by Hillary Clinton, 22 FBI agents lost their jobs because of spying on Trump, riots/looting/violence, continued polls that proved to  be wrong, $400 billion by Soros and Bloomberg for Biden,  Wall Street 4 to 1 in donations to Biden, lack of coverage about the Bidens’ relationships with China/Russia/Ukraine/Burisma, and then Covid, covid, covid around the clock by the media …  with little mention of the record economic and international results by Trump.”

What Master is referring to, first, is the refusal of the Democrats to accept Trump’s victory four years ago – which marks the Democrats as hypocrites now.

But there is something else going on, which is just as infuriating: the collusion of the mainstream media.

Biden delivered a “victory” speech the other day that was very hard to watch.  It was not legitimate because all votes had not been counted and certified.  And it was exceedingly phony (“joy all over the world”). 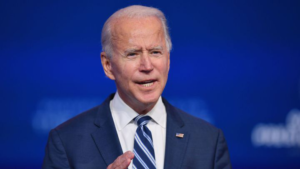 But the mainstream media carried this, without commentary, without noting that Biden had no legitimate right to make such a speech yet – they conferred faux legitimacy on what Biden was doing.

So, it’s not only many Democrats who cannot be trusted, it’s the mainstream media, as well.  But we knew that already.

I’ve picked up some reports that suggest a very specific reason why the Democrats were eager to have Biden claim victory so early, when the vote had not yet been certified.  They KNEW that Biden had no right to do this, but they were eager to provide the American people with the perception that he was the legitimate president-elect.  Then, should the Trump legal team succeed and Trump remain in the White House, it would be easier to float the narrative that Trump was the illegitimate winner, who had stolen the election from Biden.

No, my friends, I cannot prove this, but my intuition tells me there is something to it. Go back to what I just cited from Master, above. The Democrats have spent a lot of time already trying to prove that Trump is not legitimate.

This turnaround – with Trump labelled the illegitimate president – would, of course, promote huge rioting in the streets.  And I have good reason to believe that Trump knows this and is preparing for that eventuality. 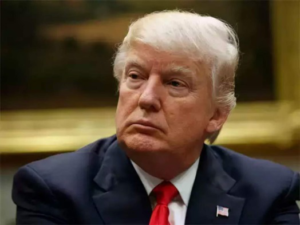 THE big question, then, is whether the Trump legal team can prove the voter fraud in a court of law at a sufficient level to turn the election around.

Rudy Giuliani believes there is a good possibility and he gives us hope.  What he says actually boggles the mind: 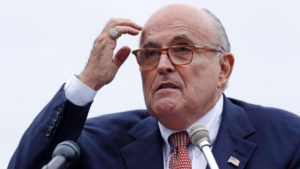 A great deal depends on success by the Trump legal team.  No wonder my acupuncturist today told me I was very, very tense.  Really?

Let us keep the faith, and hold tight, and see what evolves.