Last I wrote, I began with good news, which set an optimistic tone, and then followed with a catalogue of worrisome issues.

The good news is real, and there is yet more of it.

But the bad news?  It is ominous and weighs heavily on the soul:

Anti-Semitism is up in many places in the world.  It is difficult to comprehend this oldest of all hatreds, which erupts regularly no matter how we behave or what gifts we give to the world.

https://www.algemeiner.com/2018/11/29/canadian-jewish-official-new-data-showing-sharp-rise-in-antisemitic-hate-crimes-in-country-simply-to-stark-to-ignore/
~~~~~~~~~~
Iran has been testing ballistic missiles that can reach anywhere in the Middle East and says it will continue to do so.

https://www.algemeiner.com/2018/12/02/iran-vows-to-continue-ballistic-missile-tests-after-us-allegation/
~~~~~~~~~~
I could go on, but I will not.  Not now. Tonight we begin Chanukah, and in this very brief post I prefer to focus on this.

There are multiple messages that Chanukah comes to teach us.

There was the miracle of the oil, so that a cruse containing enough oil for one day burned for eight days.  And so as we celebrate we are reminded of the miracles done for us and the fact that we are in the hands of the Almighty.

And there is the celebration of the victory of the Maccabees in historical battle, without which there would be no Jews today.  It was a battle for renewal of Judaism in the face of enormous Hellenization.  The lesson here is with regard to the need to be strong for our values, and to take a stand that preserves them.
~~~~~~~~~~
Rabbi Jonathan Sacks writes eloquently of a third miracle, in addition to that of the oil and the battle (emphasis added):

“We all know the miracles of Chanukah, the military victory of the Maccabees against the Greeks, and the miracle of the oil that should have lasted one day but stayed burning for eight. But there was a third miracle not many people know about. It took place several centuries later.

“After the destruction of the second Temple, many rabbis were convinced that Chanukah should be abolished. After all, it celebrated the rededication of the Temple. And the Temple was no more. It had been destroyed by the Romans under Titus. Without a Temple, what was there left to celebrate?

“The Talmud tells us that in at least one town, Lod, Chanukah was abolished. Yet eventually the other view prevailed, which is why we celebrate Chanukah to this day.

“Why? Because though the Temple was destroyed, Jewish hope was not destroyed. We may have lost the building but we still had the story, and the memory, and the light. And what had happened once in the days of the Maccabees could happen again. And it was those words, od lo avdah tikvatenu, “our hope is not destroyed,” became part of the song, Hatikvah, that inspired Jews to return to Israel and rebuild their ancient state. So as you light the Chanukah candles remember this. The Jewish people kept hope alive, and hope kept the Jewish people alive. We are the voice of hope in the conversation of humankind.” 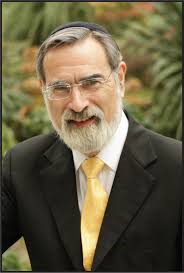 ~~~~~~~~~~
And I close with an amazing video released by Shalva, an Israeli NGO that supports and empowers individuals with disabilities. Talk about hope and perseverance!