~~~~~~~~~~
Quite simply, it’s a playing out of the parameters I’ve been describing in recent weeks:

Within Hamas there is tension, with the politburo seeking a truce of some sort and the military wing looking for war.

Between Hamas and Fatah the tensions are greater still.  The PA has been resentful of what is seen as an attempt by Hamas to co-opt international attention. The fear of their leaders is that the world might recognize a reconstructed Gaza as a Palestinian state, and they insist that national unity is the priority.  But, while Hamas claims to be on board for an agreement, they have no more intention now of turning their weapons over to Fatah than they ever did.

As Alex Fishman described it:

“Mahmoud Abbas…didn’t even think about accepting the Egyptian plan, as according to it he is the one who is supposed to clean up the streets in Gaza, while Hamas gets all the glory as the defender of the Palestinian people. If we’re responsible over the strip, he explained to his people, and Hamas fires rockets at Israel, who are the Israelis going to attack? Who is the world going to blame? Us.”

https://www.ynetnews.com/articles/0,7340,L-5323611,00.html
~~~~~~~~~~
Fishman believes that the ultimate tip-off to the failure of all the grandiose projections is the fact that this past weekend UN Special Envoy Nickolay Mladenov—the man behind the proposed ceasefire agreement between Israel and Hamas—left the region to go on vacation:

“…if Mladenov decided to pack his bags and go, the chances of reaching an agreement are non-existent. The man wouldn’t have just up and left a life’s work to go on vacation if he thought for even a moment the plan he has been working on for a long time was going to be realized.”
~~~~~~~~~~
It does appear that any long-term ceasefire (huda) with Hamas was predicated on some sort of cooperative agreement between Fatah and Hamas.  And so, the government of Israel and most of us can now, hopefully, breathe a sigh of relief.

Hamas has been discussing a simpler agreement, which would take the situation back to what it was before the violence at the Gaza fence began with the “March of Return” on March 29th.  The incendiary balloon launchings would be reduced gradually and Israel would open Kerem Shalom crossing and increase the permitted fishing zone.

There is expectation that this will take place.  Yesterday, Housing Minister Yoav Galant (Kulanu), a member of the Security Cabinet, told Army Radio, after a lengthy Cabinet discussion, that “There is no process towards an agreement” (i.e., a comprehensive agreement). 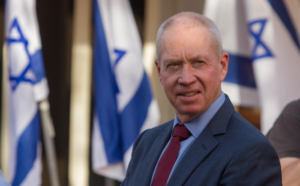 But even a return to the situation before March 29th is not a certainty.  Balloons are being launched and there were several fires today.

What is more, today Hamas fired upon Israeli soldiers and the IDF returned fire, killing two members of Hamas.   According to the report below, “Unlike previous incidents, the IDF returned fire [with a Merkava tank] immediately, without waiting for Hamas personnel to evacuate the position.”

The Hamas statement that followed: “We view Israel’s attack of the al-Qassam Brigades’ outpost, which caused the death of two fighters, very gravely. The resistance will not accept a policy of attacking its positions and fighters without Israel paying the price.”

Hamas subsequently issued a statement saying that the IDF attack happened during a military exercise showcasing the fighting capabilities of its naval commando unit.
~~~~~~~~~~
I note here that a Hamas contingent of senior leaders that had been deliberating on the possibility of ceasefire arrangements with Israel has now returned to Cairo to deliver a decision within the next 24 hours.  Additionally, the Israeli Security Cabinet is scheduled to meet again on Thursday.  In light of all I have shared above, I do not believe there will be any major changes in the situation, but until we learn the latest, it is impossible to be certain.
~~~~~~~~~~
At present, I am eager to begin turning to other issues.  And I think perhaps the most important is what President Trump has just done, in announcing renewed sanctions on Iran.  Today he tweeted: 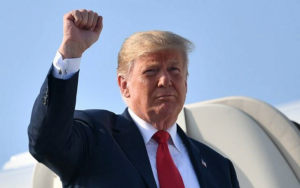 It may be a tad overambitious to say he is aiming for world peace, but he is tough and on the right track and I salute him.  If not world peace, a more peaceful world – for Iran is at the heart of much of the violence and terrorism we are seeing in the world.

The Iranian regime is very shaky at the moment, and street protests are growing.  Were the sanctions to bring down that regime, it would be incredible. Alternately, if it brought that regime to negotiate a real deal, it would be vastly constructive.

We can only watch, and pray.

It is time for Americans to curtail the hysterical, irrational criticism of this man, who is, in fact, undoing breathtaking damage done by his predecessor.  I spent a great deal of time mourning the duplicity of former president Obama, when he forged the deal that worked in Iran’s favor.

Former Senator Joe Lieberman, now chairman of United Against Nuclear Iran, said the renewal of sanctions was “a very important day that I, for one, didn’t think would happen.”

https://www.frontpagemag.com/fpm/270961/trump-tightens-screws-tehran-lloyd-billingsley
~~~~~~~~~~
Trump’s “peace plan,” it seems, will not be competing with a grandiose UN reconstruction plan for Gaza after all.  The only clue we have regarding when it will be unveiled is news about additional staff being hired for public promotion and arrangements for possible negotiations.

If the speculation about dismantling UNRWA turns out to be true, this will be a blessing as well.
~~~~~~~~~~
However, Fatah was already pre-disposed against Trump’s plan, without having seen it:

“MEMRI, a nonprofit organization that monitors Arab, Iranian, and Russian media, noted that Fatah official Jamal Muhaisin has publicly denounced the unreleased plan as ‘the American crime of our era.’ Muhaisin has even met with Fatah branches in the West Bank in order to plan ‘The March of Refusal of the Deal of the Century.’

“Fatah has also published and distributed posters proclaiming, among other things, ‘Palestine is not for sale’ and ‘The Deal of the Century will not thwart the will of Palestine.’

“An announcement posted on Fatah’s official Facebook page said that the movement hopes ‘to clarify the dangers posed by this deal, which is known to be a bad deal, and explain how it can destroy our national cause [by] proposing alternative solutions that circumvent the Palestinian people’s eternal rights [in favor of] humanitarian gestures and economic enticements.’”

Now the PA is even more opposed:

And so, it is difficult to imagine where this plan can go, given the resistance.
~~~~~~~~~~
For a while there had been talk of the possibility of a more broad-based agreement involving the Sunni nations, rather than simply a bi-lateral Israeli-Palestinian Arab, but indications are that this is not what is in the offing.

After his son, Crown Prince Mohammed bin Salman, made a statement about the right of Israelis to live peacefully on their own land, Saudi King Salman issued his own statement regarding “the kingdom’s steadfast position toward the Palestinian issue and the legitimate rights of the Palestinian people to an independent state with Jerusalem as its capital.”