From Israel: Eyes Ahead and Moving Past It!

I am, clearly, not happy about the Democratic win in the House.  But I do not see this as indicative of a “blue wave” that signals a crisis for the Republicans now or for Trump in 2020.

Traditionally, the party that does not control the White House gains seats in Congress in the midterm elections, and so this was not a huge surprise.  In fact, the number of Democratic gains in the House is smaller than might have been anticipated.  In the 2010 midterms during President Obama’s first term, for example, Republicans gained 63 House seats.  When everything is tallied, Democrats are not expected to gain anything close to that.  As I write they are up 26 seats.

What must also be noted is that Republicans have picked up at least four seats in the Senate.  This is unexpected in terms of what usually happens, and provides greater strength for an additional conservative Supreme Court confirmation, which may be coming.

And speaking of Supreme Court confirmations, it is comforting to know that the voters were not happy with the way Justice Kavanaugh was treated:  Dem Senator in a competitive race who voted against Kavanaugh lost (Donnelly, Heitkamp, McCaskill, and almost certainly Nelson), and the one who voted for Kavanaugh survived (Manchin).Every Democratic Senator in a competitive race who had voted against Donnelly, Heitkamp, McCaskill, and almost certainly NelsonKavanaugh lost, while one who voted for him survived the election.
~~~~~~~~~~
A couple of specific races are worth noting here.  I am very pleased that Senator Ted Cruz (pictured), whom I have long admired, was victorious in Texas, in a contest against Beto O’Rourke. 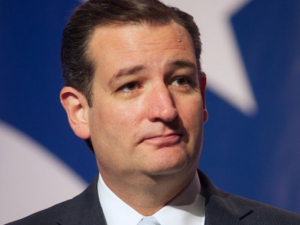 And I am very glad, as well, that Ron DeSantis (pictured), one of the good guys, defeated Andrew Gillum, who was bad news, in the race for governor of Florida. 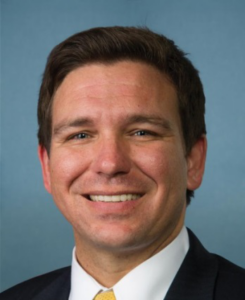 ~~~~~~~~~~
I confess that I wonder what New York voters in the 14th district were thinking when they elected Alexandria Ocasio-Cortez, who has demonstrated a shocking lack of solid information on the issues. Solidly progressive (which is likely the answer), she is now the youngest woman ever elected to Congress.
~~~~~~~~~~
That Keith Ellison has won as the attorney general of Minnesota, I find deeply disturbing. Whatever his denials, Ellison has had a persistent connection with Louis Farrakhan, head of the Nation of Islam, who recently referred to Jews as “termites.” Ellison has never disavowed his connection to Farrakhan, nor has he criticized him for his blatant anti-Semitism.

There is more to the Farrakhan story, but as I am writing about the elections here, I will come back to it.
~~~~~~~~~~
The prospect of Nancy Pelosi serving as Speaker of the House does not particularly hearten me.  Far more disturbing is the fact that Congresswoman Maxine Waters, a model of foolish vindictiveness, has apparently retained her seat in California’s 23 district.  Maxine is the woman who told supporters to go out and harass Republicans working for the administration at every possible opportunity. She is looking to chair the House Financial Services Committee and there is unease about what damage she intends to generate there.
~~~~~~~~~~
My impulse is to say that I fervently hope that we might now see elected officials focused on productively working for the good of the country. That IS my fervent hope. But to say this is, perhaps, to mark me as unrealistic.

Certainly there are great (perhaps irreconcilable) differences in how each party perceives what is good for America. The Democratic Party is now far left of what that Party traditionally was.

But my first concern today is with regard to small minded vindictiveness. There should be no breathtakingly inappropriate investigations of Kavanaugh, as had been threated, no other similar nonsense.

Move past it!  Those who truly care about America will do so.  There are an enormous number of legitimate matters to attend to.

I will say that Pelosi is to be commended for informing her fellow Democrats that she is not interested in impeaching President Trump.  Seems she gets it, with regard to moving forward.
~~~~~~~~~~
In closing I want to most heartily recommend an opinion piece by Rabbi Prof. Dov Fischer:

“When media lie to sow social discord, they are the enemy of the people

“The Pittsburgh terrorist attack, Trump’s response, and the way the Left Media then hit him viciously anyway may be the ‘Rosetta Stone’ historians will use to decipher that Trump was right to call the Fake News Left Media the ‘enemy of the people.’

“No American President in memory has been picked on and lied about with the intensity and frequency that President Trump has had to endure.” 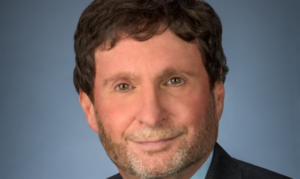 Read it, save it, internalize it, and share it.  Rabbi Fischer fingers a major cause of contention within America.