The Talmud (Sanhedrin 72:1) tells us, “If someone comes to kill you, rise up early in the morning and kill him first.”

I seriously doubt that President Donald Trump considered this source when giving the order last Friday morning to kill Maj. Gen. Qassem Soleimani, head of the IRGC (Islamic Revolution Guard Corps) Quds Force Corps.  But the thought is on the mark, as we shall see… 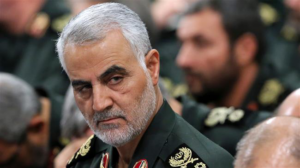 Soleimani, who was a close confidant of Iranian Supreme Leader Ali Khamenei and considered by many to be the second most powerful man in Iran, was killed outside the Baghdad Airport by a US MQ9 Reaper Drone firing a laser guided Hellfire missile. He had just arrived in Iraq from Damascus. Killed along with him were Abu Mahdi al-Muhandis, deputy commander of Kataib Hezbollah (an Iranian-backed Shiite militia in Iraq), and a number of other IRGC officials in Soleimani’s entourage.

The Quds Force is responsible for all activity on behalf of the Islamic Revolutionary Guard Corps outside of the borders of Iran, and its reach is very extensive: Lebanon, Syria, Iraq, Yemen, Afghanistan and beyond the Middle East in places such as Thailand, Nigeria, and Kenya. Employing its Hezbollah proxy, it has a presence in Europe, as well as in North and South America.

Considered a brilliant military strategist, Soleimani ruthlessly headed Force operations for more than 20 years.  He oversaw Iran’s plans for hegemony in the Middle East. In particular he advanced Iran’s presence in Syria – which included building of a new base near Iraq, and promoted the development of bases and arms trafficking inside Iraq.

He was responsible for attacks on Saudi and UAE oil tankers in the Gulf of Oman, and sent Kaitab Hezbollah to attack Saudi Arabia.

With regard to Israel, Soleimani had a major role in aiding Hezbollah during the war in 2006.  In the years since, he has been supplying rockets for Hezbollah.  HHH

He was involved in the movement of “killer drones” into Syria near the Golan – supervising the funding and training of the Shiite operatives who were supposed to carry out an attack with those drones, which was thwarted.  He was directly behind a salvo of dozens of rockets fired towards Israel in 2018; a year later, Quds elements fired rockets towards Israel three times.

Over the past year, there has been increased Iranian rhetoric with regard to the destruction of Israel. In September, the head of the IRGC had said that destroying Israel was no longer just a dream.

Iran has provided support for Hamas and Islamic Jihad in Gaza; there is documentation of Soleimani having met with leaders from these groups and encouraging their terror activities.

All of the above is merely a summary, an overview.

With regard to the US, Soleimani made a major mistake: President Trump had pulled back troops in Syria; had made statements about reducing American involvement in the Middle East; and had indicated that he was not seeking war.  And so, the general had grown increasingly bold.

At one point, Soleimani’s forces downed a US drone; at least 12 times he dispatched proxies in Iraq to fire rockets at US bases.

On December 27, the Iran-supported Kataib Hezbollah killed an American contractor in Iraq.

(According to Seth Frisch, whom I quote extensively below, they did this hoping for a moderate American response that would distract the protesters in the Iraqi street, thus taking the heat off of Iran.)

In response, however, the US hit five Kataib Hezbollah facilities in Iraq. As Jonathan Spyer (pictured) describes it, “This, in turn, led to the militia and other pro-Iran elements storming into Baghdad’s Green Zone and beginning a violent demonstration outside the US Embassy. This latter protest raised the specter of the Iranian Embassy siege of 1979.”

The next US move was the killing of Soleimani and the others. 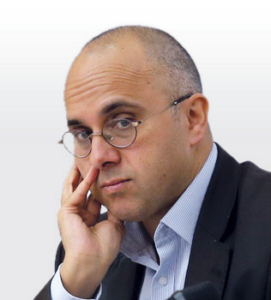 “President Trump has freed the world of a monster whose aim in life was an atomic cloud over Tel Aviv. Trump has acted in self-defense – the self-defense of the US and all peace-loving people.

“…the Iranian terror godfather Qassem Soleimani stood for a world that no peace-loving person can want: a world in which you can be torn apart by a bomb at any time because you are in the wrong place at the wrong time.

“A world in which entire cities are wiped out – like Aleppo. In which bloodthirsty militia go from door to door and execute civilians.” 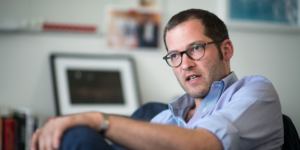 And so, we say Kol Hakavod – Right on! – President Trump.  Here in Israel we see what he did as a very good thing.

Prime Minister Netanyahu told reporters that “Trump is worthy of full appreciation for acting with determination, strongly and swiftly. We stand fully by the United States in its just battle for security, peace and self-defense.” 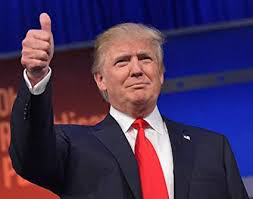 Among others who are pleased are protesters in Iraq, who danced in the street at the news of Soleimani’s demise. At great cost, they have been attempting to throw off Iranian control, and their chances of success have now increased exponentially.

Jonathan Spyer, cited above, and other key analysts, believe that what convinced Trump to make his decision was the fact that Soleimani had crossed a red line and taken American lives.  Had he attacked US installations without killing, the decision would have been different.

Secretary of State Pompeo has indicated that according to intelligence Soleimani was close to finalizing a major operation against the US presence in the region, in Iraq and beyond, which would have killed many.   See his statement here:

The Pentagon released a similar statement.

Trump, then, was acting not only to retaliate for lives already taken, but to prevent additional American bloodshed.

Yaakov Lappin sees other critical lapses in judgement that Iran made, in addition to the killing of Americans in Iraq:

“Khamenei’s taunt of Trump on Twitter, saying that the U.S. president was powerless to act in Iraq was another; and the mob attack on the U.S. embassy in Baghdad…which touched on a highly sensitive American nerve. The U.S. establishment has painful memories from the embassy siege in Tehran during the 1979 Islamic Revolution and the 2012 attacks on U.S. government facilities in Benghazi, Libya.

“The Iranians displayed a major miscalculation in failing to understand how the U.S. would view these incidents, and when Soleimani arrived in Baghdad—apparently to plan more attacks—the miscalculation only grew.”

With regard to the siege on the US embassy in Tehran in 1979, it is more than painful memories.  It was, as Herb Kenner observed, important to Trump to demonstrate that he was not the sort of weak and powerless president that Jimmy Carter had been back then.

I want to circle back to something Seth Frantzman wrote in his analysis of the situation:

According to Al-Jarida, a Kuwaiti paper, “Israel had sought to assassinate Soleimani…in 2014-2015 but the US ‘warned the Iranian leadership of the plan.’”

When Obama was negotiating the agreement with Iran, I tracked it carefully, and often asked, rhetorically, “Which side is he on?” He gave them so much.  I knew the answer then, but it has been reinforced for me now.  His behavior was beyond contemptible, beyond despicable.

And yet, now, we have left wing Democrats, the very sort who thought Obama was great, who have the unmitigated gall to criticize President Trump, who is 100% on America’s side, for protecting his country. Everyone on the left ought consider this situation in its entirety and do a great deal of soul searching. I will be returning to this.

The funerals of Soleimani and al-Muhandis have been held – with processions in Iraq and then burial in Iran.  Soleimani’s replacement – Gen. Esmail Ghaani, who was Soleimani’s second in command – has been announced.  It is not at all certain that he can even remotely fill the bill.  It is being said that no one person can do all that Soleimani was doing.

There is much speculation about how and when Iran will retaliate for the death of Soleimani.  It is all unknown and all forces in this area are on high alert.

Spyer says the Iranians’ options are limited. If they respond by taking the life of a significant American official, which would a proportionate response, the US reprisal attack would be far more than they would wish to cope with.

The Iranians are making maximum threats, which is their style. On Saturday, an Iranian commander threatened 35 US targets in the region as well as Tel Aviv, all of which are in range.  While nothing is certain, it is believed that the threat regarding Tel Aviv is simply rhetoric: Were Tel Aviv hit, Tehran would have to contend with Israel as well as the US.

“Let this serve as a WARNING that if Iran strikes any Americans, or American assets, we have…targeted 52 Iranian sites (representing the 52 American hostages taken by Iran many years ago)…and those targets, and Iran itself, WILL BE HIT VERY FAST AND VERY HARD. The USA wants no more threats!”

I want to cite from a fascinating and important assessment of the situation by Prof. Hillel Frisch, put out by the BESA Center (emphasis added):

“…Soleimani’s death is a major blow to Iran.

“…the killing proves beyond doubt that the Iranian security system is riddled with informants…They knew when Soleimani left his secret hideout in Damascus, what plane he boarded…which vehicles he and his retinue entered on landing…

“This suggests an information flow involving tens if not hundreds of informants closely connected to the upper echelons of the Quds Force.  These informants could and did provide this information to their American counterparts…

“Many will no doubt be removed if not executed as Iranian counter-intelligence teams try to identify the informants.  The problem for the regime is figuring out who is going to replace them.

“…The killing of Soleimani suggests that just as thousands have shown themselves willing to demonstrate openly, many others are choosing to be informers…

“The killing of Soleimani was a powerful show of American force because he was touted by Iran as invincible.

“Photos of the funeral cortege show vehicles moving down a narrow Baghdad street…Had the cortege moved down a wider street, the relatively small number of mourning participants would have been revealed. This suggests that the many Iraqis, including Shiites, sitting on the sidelines are not with Iran.

“This interpretation is bolstered by Shiite spiritual leader Ayatollah Ali Sistani’s decision to refrain from condemning the killing, a choice that no doubt reflects Shiite Iraqi opinion…

“…Iran’s dwindling coffers as a result of US sanctions and this clear demonstration of American military supremacy suggest that a terrible fate awaits the Iranian ayatollahs: not only imperial retrenchment but oblivion.” 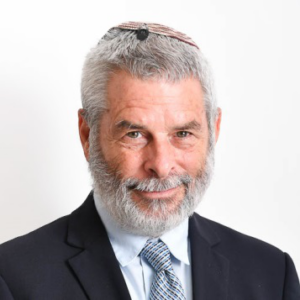 Israeli analyst Ehud Yaari concurs with the assessment of Frisch, and notes that most Shiite militia employed by Iran in Iraq have left the country for fear of further assassinations.

Yaari says that Trump’s threat about hitting 52 major sites is likely to affect Khomeini’s considerations: “He in no way wants war.”  Provoking skirmishes, perhaps, but “he does not want to provoke Tomahawk Missiles and the US Air Force.”

Iran is also making threats about completely cancelling the Iran deal and says it has ended all restrictions on uranium enrichment.  But Yonah Jeremy Bob says this is not necessarily so.  The situation must be monitored closely, but right now it is significant that the Iranians have not asked the IAEA inspectors to leave – but in fact have specifically said they can stay. Nor, says Bob, are they activating many of its centrifuges.

“In fact, the Islamic republic’s previous four violations dating back to May 2019 had already removed nearly all the uranium enrichment restrictions…”