After completion of the reading of each of the five books of the Torah in synagogue, the congregation calls out, “Chazak, Chazak, V’nitchazek!”  It might be translated:

I thought this a good way to begin.

In my last posting I wrote about President Trump’s strength in confronting the evils of Iran (and I will have more to say about this very soon).

Today I want to carry through on that theme of strength in a different context: the fight against anti-Semitism. I recently described the plague of Jew hatred currently taking place in the US. But there is a great deal more to be said on the issue with regard to how Jews are responding and need to respond.

“The hatred that is antisemitism can best be compared to a herpes virus, a disease that cannot be cured. There are no easy correctives, no magic pills, and no silver bullets. This fight might be one that can never result in total victory. The roots of this hatred may be too deeply embedded to ever be fully eradicated. However, we must act as if we will be able to achieve that victory. The costs of not doing so are too great.” (Emphasis added) 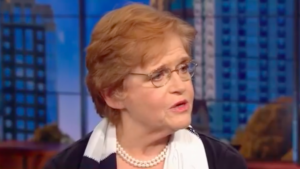 An observation that is both wise and realistic.

There are those who believe that combatting anti-Semitism is best done via outreach and education.  There is a place for this, most certainly.  But changing hearts and minds – if at all they can be changed – takes considerable time.

In the short-run Jew haters must be made to understand that expressions of their hatred, whether via public statements or acts of violence, will not be tolerated.  Anti-Semitism is already on the edge of being normative or socially acceptable. That social climate must be changed:

[] Those who act violently or threateningly towards Jews must understand that there will be major consequences. Right now that is not the case.

[] Those who speak with venom about Jews must be called out and ostracized. There can be no ignoring such incidents, regardless of the source.

[] Leaders must know that they will be held accountable.  They too should be called out when necessary. Legislation that addresses the issues must be promoted and passed.

[] Jews must think in terms of physical self-defense. That includes taking courses in self-defense techniques.  I think in particular about Krav Maga, an Israeli-developed technique that is taught in NY and elsewhere, but there are other techniques as well, including those that train in situational awareness.

In some instances, consideration should be given to securing a licensed handgun and training for its use. This might include one or persons present at synagogue services who carry and are trained to use small handguns.

Neighborhood security patrols should be formed, as police cannot be everywhere even with the best of efforts.

On Sunday, January 5, a huge “No Hate – No Fear” solidarity rally was held in New York.  Participants—said to number a very sizeable 25,000—gathered at Foley Square in Lower Manhattan and marched across the Brooklyn Bridge to Cadman Plaza in Brooklyn, where there were speeches (some by politicians) and musical performances. Those joining the event included Jews from across a sizeable spectrum and some non-Jews; many carried “No Hate – No Fear” signs. 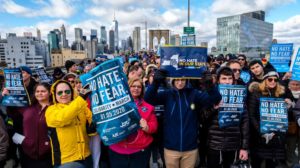 The rally was a “feel good” event.  I would not argue otherwise.

But it was not a panacea, and should not be accepted as a substitute for substantive action in a variety of spheres.  There is a danger of this happening: After the rally, it becomes too easy for people to say, “Well, we showed those anti-Semites,” then leave it there.

Speaking of showing “those anti-Semites,” the question has been raised as to why the rally was called “No Hate – No Fear,” which is a generic statement. Catchy, perhaps, but generic none the less.  If it was a demonstration against anti-Semitism, why didn’t the official literature, and the official signs, say so? Why was “Jew” or “Jewish People” not written anywhere on those signs? These are serious questions.

This is an echo of what happened in the House of Representatives last March. Congressperson Ilhan Omar (D-MN 5th) is an anti-Semite. When she made some seriously offensive comments regarding Jews, there was a move on the part of a handful of Congresspersons to officially and explicitly distance the House from her views, but a majority would not go there.

After a heated discussion, a resolution was passed.  Not only did it not criticize Omar’s words directly, it had been expanded into a statement that was so broad it had become meaningless with regard to the anti-Semitism issue.  It was, in fact, farcical:

“Whereas white supremacists in the United States have exploited and continue to exploit bigotry and weaponize hate for political gain, targeting traditionally persecuted peoples, including African Americans, Latinos, Native Americans, Asian Americans and Pacific Islanders and other people of color, Jews, Muslims, Hindus, Sikhs, the LGBTQ community, immigrants, and others with verbal attacks, incitement, and violence…”

Ilhan Omar is hardly a “white supremist.”  But “white supremists” are the target of choice for those on the left criticizing prejudice. This focus left her out of the discussion, which made a lot of politically correct Congresspersons more comfortable.

And Pacific Islanders?  The House stretched to include every group possible, with Jews lost in the crowd. This in the end was so ludicrous it would be funny.  Except that it’s dead serious.

I am not suggesting that the recent rally represents precisely the same phenomenon as that resolution.  But there is a very definite overlap.  In New York, it has been almost exclusively members of the Black community who have been attacking religious Jews.  Yet it is not politically correct to focus on this fact – the “inconvenient anti-Semitism” I wrote about previously. If the rally is against “hate” more generally, it makes it more politically palatable.

I note as a (not irrelevant) aside to this: if you click on www.nohatenofear.org you are redirected to: https://barackobama.com/. (With thanks to Cindy Grosz.) I kid you not.

Why was this particular phrase, associated with the left wing and with Obama, chosen for the rally?

Part of the answer lies with the fact that one of the official sponsors of the rally was ADL – the Anti-Defamation League.

This is what columnist and JNS editor Jonathan Tobin had to say about ADL at the end of November, in a piece entitled, “Who can speak for American Jews against anti-Semitism? Not the ADL” (emphasis added):

“…The ability of the titular leader of British Jewry to speak out in the defense of the community’s interests at a crucial movement also makes it just as clear that at this moment there is no single person or organization that can play the same role for American Jewry.

“This is particularly true when it comes to the one group that has always been relied upon to be the principle voice speaking out against anti-Semitism: the Anti-Defamation League. Under the leadership of Jonathan Greenblatt, who took over from veteran director Abe Foxman in 2015, the ADL abandoned its former status as a respected nonpartisan agency devoted to monitoring and combating anti-Semitism. Under Greenblatt—a former Clinton and Obama administration staffer—it has become just one more liberal Jewish group with a partisan agenda…

“To its credit, the ADL has been all over the problem of anti-Semitism on the far-right. Even on that score, however, it has staked out ground that makes it hard to be a unifying factor. Greenblatt’s unrelenting animus for President Donald Trump and his efforts to blame him for anti-Semitism have failed to properly credit the U.S. administration as the most pro-Israel in history.

“Its belated response to the targeting of Orthodox Jews in Brooklyn by African-Americans has been too little and too late, and bespoke more of a group that is addicted to playing politics than a national defense organization…

“Just as bad is the fact that under Greenblatt, ADL has been slow to recognize the threat from the left… That’s hardly surprising given Greenblatt’s role in an Obama administration that helped normalize anti-Israel sentiment within the Democratic Party…

“…American Jewry’s primary defense organization has become part of the problem, not the solution.” 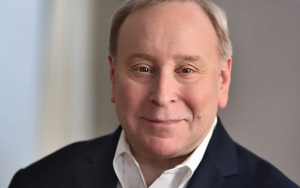 Yet another issue to be raised is whether there was a legitimate place in the rally for participating groups that are anti-Zionist and pro-BDS.  I would argue most vigorously that there was not, but several groups were present: J Street, IfNotNow; Jewish Voices for Peace, and others.

“These organizations should be…shunned by all mainstream Jewish and Zionist organizations, not welcomed on a march against Antisemitism. They are by their nature supporting anti-Semitic initiatives and partner with anti-Semites. Their role is purely to divide the Jewish People and to stand against its unity.

“You cannot pretend to stand in solidarity with Jews when you stand against the Jewish State and Jewish communities in its indigenous and ancestral homeland. This is hypocrisy and a contradiction, and we should not be afraid to say so.”

“Even though there are many voices there we disagree with (even loathe), we have to engage at places like this if we are going to guide our community to where it needs to go.”

There are a great number of issues associated with anti-Semitism to address – far more than can be dealt with here (although I am fairly certain I will be returning to this situation).

I think in particular about the new NYC legislation that eliminates bail for those charged with a long list of misdemeanors and felonies, including stalking and assault without serious injury.

There are instances of people who have attacked Jews, been hauled into court, and then set free to continue their behavior as before.

“You have to beat the hell out of somebody — or murder them — for there to be any consequences,” said Dov Hikind, the founder of Americans Against Anti-Semitism. “Otherwise, you are set free.”

I close with a particularly egregious example of Jew hatred: a talk given by Ava Muhammad, a national representative for the Nation of Islam – Farrakhan’s group. The explanation accompanying the video says she was invited by San Diego State University to speak.  Indeed she was invited, but officials at San Diego U. thought twice and withdrew the invitation before she actually spoke.

However, the focus here is not on San Diego U, (whose officials should have vetted her before the invitation was extended) but on the words of this Farrakhan representative.  She’s out there – virulently, shockingly anti-Semitic, and she is speaking to Black audiences, who embrace her message.  It’s enough to make one’s hair stand on end. 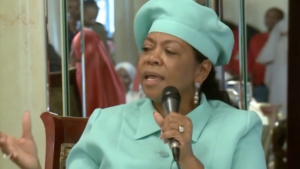 This is a reality that we must confront.

And a good way to end: Chazak, Chazak!!