From Israel: “Caught in the Quagmire!”

Quagmire, morass, predicament.  Call it what you will, Israel’s current political situation is one hell of a mess.

Actually, I call it a busha, a source of shame ‒ that some of our purported leaders have not managed (or have not chosen) to get their acts together to form a stable government.

I am going to offer a closer look.  But first, we start with good news, which is the only way to sustaining a balanced perspective.  Israel is sooo much more than that political quagmire.

On Sunday, Ariel University in the Shomron (Samaria), celebrated the opening of its new medical school, the Dr. Miriam and Sheldon G. Adelson School of Medicine.

This was a hard-won victory on several counts, as those not prepared to recognize Israel’s legitimacy in Judea and Samaria had sought to block it. Actually, there were two attempts to block Ariel University: First, there was an effort, ultimately unsuccessful, to deny the institution status as a university.  And then when the announcement was made that a – badly needed – school of medicine would be opened at Ariel, there were attempts to prevent it from happening.  But here we are!  Seventy students have begun their studies.

US Ambassador to Israel David Friedman spoke at the event, and recited the “Shechiyanu” blessing, thanking the Almighty for keeping us alive and sustaining us, until this moment. 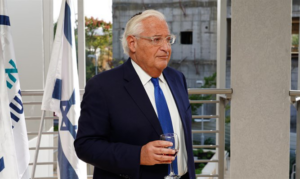 “The US embassy enjoys warm ties with Ariel University. We get inspiration from its contributions to Israeli society and the world of science.” (Emphasis added)

On August 24th, children in the Bahamas were displaced and traumatized by Hurricane Dorian.  Two therapeutic medical clowns from Israel’s Dream Doctors then went to the Bahamas on a five day mission to help train professionals on how to work more effectively with the kids.

Dream Doctors Executive Director Tsour Shriqui says it all: “This is Israel. It’s part of our DNA to be there first to help in a time of crisis.”

Sadly, Israelis are no strangers to trauma. But what we have done in learning how to cope with trauma – in becoming world class experts, actually – is turn our know-how around in order to assist others around the globe.

Dream Doctors has sent its trained therapeutic clowns, who work as part of the medical team, to lend assistance in Ethiopia, Uganda, Kenya, Rwanda, the Philippines, Singapore, Vietnam, Thailand, India, Indonesia, Nepal and the United States. 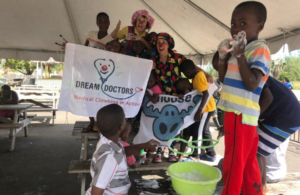 Clearly, we are doing something – or a lot of somethings – right:  In September, almost 3.3 million tourists entered Israel. An astounding number: 44% more than a year ago.

One of the things we are doing right is fostering the return of the Ibex: This cliff-climbing wild goat was once widely indigenous to Israel’s desert and mountainous areas but in recent years was on the verge of disappearing completely.

A variety of stringent government regulations has allowed the Ibex to rebound in numbers. There are currently some thousand in the south and the Golan. 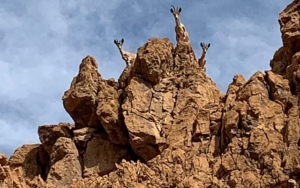 It is not specifically good news for Israel, but very good news for this entire part of the world more broadly that the US Joint Special Operations Command’s Delta Team eliminated ISIS leader Abu Bakr al-Baghdadi on Saturday. US forces, which had begun securing intelligence on his whereabouts in recent weeks, staged a raid on his compound located not far from the village of Barisha in northwestern Syria very close to the Turkish border.

Al-Baghdadi fled with three of his children into a dead-end tunnel and detonated an explosive vest he was wearing. Within 15 minutes of his death DNA tests done on the site confirmed his identity.

No Americans were injured in the operation. A US military dog sent into the tunnel to pursue al-Baghadi was injured in the blast, but was retrieved and is recovering.

Al-Baghdadi was a terrorist scum of the worst sort imaginable. Correction: even worse than imaginable. Most heinous of his operations was his attempted genocide of the Yazidis of Sinjar, Iraq:  More than 10,000 Yazidis, were captured in August 2014. Men were murdered, and the women were raped and sold into slavery along with their children. Tens of thousands more fled.

The world is a far better place without al-Baghdadi, and President Trump’s delight in making the announcement about his elimination is, I think, understandable. This achievement – a political victory – could not have come at a better time for him. 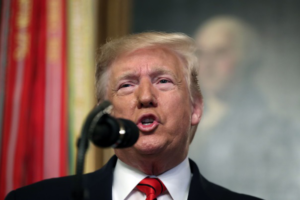 And yet, I want to caution that, while the elimination of the head of ISIS further weakens the jihadist terror group, it does not eliminate it – as is being claimed in some quarters.

“…however momentous, Baghdadi’s death remains part of a larger struggle. For although ISIS is significantly diminished, it still possesses formidable strategic capabilities and resources that make it an enduring threat to the United States, as well as to America’s interests and its regional allies…

“At its most powerful, ISIS was estimated to boast a force of some 40,000 foreign fighters drawn from a multitude of nations…Most of this cohort remains active today, despite the collapse of the ISIS caliphate…These forces, in turn, will be bolstered in the years ahead by a new generation of radicals that is now being incubated in enclaves like Syria’s notorious al-Hawl refugee camp.

“ISIS also retains a truly global reach. In fact, over the past year…the terror group has succeeded in repositioning itself to other global theaters — with ominous results. ISIS cells and affiliates are active today throughout Africa and Southeast Asia…

“[Additionally] ISIS remains capable of reclaiming lost territory in Syria within as little as six months to a year in the absence of continued military pressure on the group from the United States.

“Most of all, the Islamic State’s corrosive ideological message remains as enduring and as appealing as ever…it remains a formidable force in the most important arena of all: the struggle for ‘hearts and minds’ taking place in the Muslim World…” 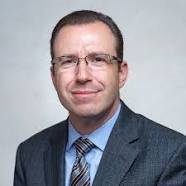 And now I turn to writing about that quagmire: Not a great deal has changed.  And that very fact is the busha.

It is, first, Avigdor Lieberman, head of Yisrael Beitenu, and then Yair Lapid, chair of Yesh Atid, a faction within Blue and White, who are most directly responsible for this situation.

President Rivlin, after meeting with heads of all parties in the Knesset, gave the mandate to try to form a government to Netanyahu – as more party heads chose him than chose Gantz.   Unfortunately, Netanyahu was not able to do so, in spite of the fact that there he had placed compromises on the table in his negotiations with Gantz.

The heart of this impasse can be found in the two goals that Blue and White is reaching for:  One, they want Netanyahu gone, ostensibly because he is likely to be indicted in a couple of months.  Gantz was unwilling to accept Rivlin’s compromise proposal that would have required Netanyahu to step down if indicted and allowed Gantz to assume the responsibilities of prime minister.  It has to be noted that this is a case of assuming guilt on Netanyahu’s part, when he hasn’t even been indicted yet, never mind convicted of anything.

And then, Gantz is insisting that negotiations should be between Blue and White and Likud only, and not include Yamina and the Haredi parties. But Netanyahu, who struck an agreement with these parties that all negotiations would be done on behalf of the right-wing bloc and not just Likud, is   holding fast to his commitment.

This statement by Gantz on October 17 was typical, and typically infuriating:

“He [Netanyahu] remains unprepared to acknowledge that the majority of Israeli citizens elected a liberal unity government, without extremists. It is for this reason that Blue and While is the largest Knesset faction.”

What a crock!  What an outrage! There is no such thing as a “liberal unity government.” That’s an oxymoron. A unity government by definition includes all (Zionist) elements, not just the liberal ones.   Note that he labels all parties to the right of Likud “extremists,” which is ridiculous. Ayelet Shaked, head of Yamina, is an “extremist”?

But most significant is his (erroneous) claim that “the majority of Israeli citizens” elected this “liberal unity government.”  Blue and While has one more mandate than Likud (33-32).  One. But the right wing bloc, which includes Likud, Yamina and the Haredi parties, collectively has 55 mandates, while the left-center bloc, including Blue and White, Democratic Union and Labor-Gesher, has only 44.  How is this the “majority”?

I did not count Yisrael Beitenu because Lieberman will commit to nothing, but even if his party were included in the left-center count, it would still only have 52 mandates.

On October 21, the prime minister recognized that he could not form a government and returned the mandate to Rivlin:

By October 23, the president had given the mandate to Gantz, who has 28 days in which to form a government. His chances of doing so are considered very poor.

Upon receiving the mandate, he gave a speech that some considered elevated and statesmanlike. I am not alone in my thought that it was hypocritical and nauseating.  He said, for example:

“At this hour, the eyes of millions of citizens are upon us, expecting us to extricate Israel from the grave political crisis in which we find ourselves. During this sensitive and challenging period… everyone is waiting for us to act with public integrity… to end the political chaos [and] enable the gradual resumption of a normal, functioning, clear and safe daily routine. The entire country is waiting to heave a sigh of relief.”

Well, damn it, he could have facilitated that resumption of normal routine and acted with public integrity when the prime minister approached him.  For Gantz, these words only apply if he is in charge.

See Ruthie Blum for more on this:

There is talk about Blue and White forming a minority coalition with support from the (Arab) United List from the opposition.  This would be a horrendous and basically unstable situation – nor is there any clarity on whether Gantz would actually go this route.  The unease stems from the fact that Blue and White negotiators have said they will consider all options and have demonstrated a readiness to meet with representatives of the United List (which will not participate inside a government) later this week.

Enough that there is an anti-Zionist faction sitting in our Knesset. The thought that it would participate in any way in supporting a government is for me anathema.

It has been suggested that if Gantz were to drop Yesh Atid, and the very troublesome Lapid, from his party, then a deal might be struck with Netanyahu, but this scenario is unlikely.

Gantz met with Netanyahu on Sunday. While the meeting was allegedly cordial, no progress was made.

Said Netanyahu: “There’s no reason we can’t have it in 24 hours.

“There is no real, substantive reason we can’t do [a unity government].

“The reason it can’t be done is the reason it wasn’t done a month ago when President Reuven Rivlin said exactly that.

“There are forces in Gantz’s party – specifically Lapid – who don’t want it, and Gantz must summon the will to overcome these forces.” 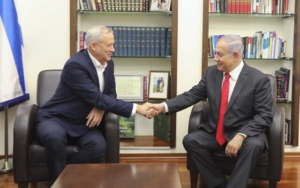 If Gantz is unable to form a government, then the members of the Knesset have the option of selecting someone else from within that body to try. A majority of the Knesset would have to submit the name of an MK to the president within two days. That individual would have two weeks to form a coalition.

Barring this, another election.